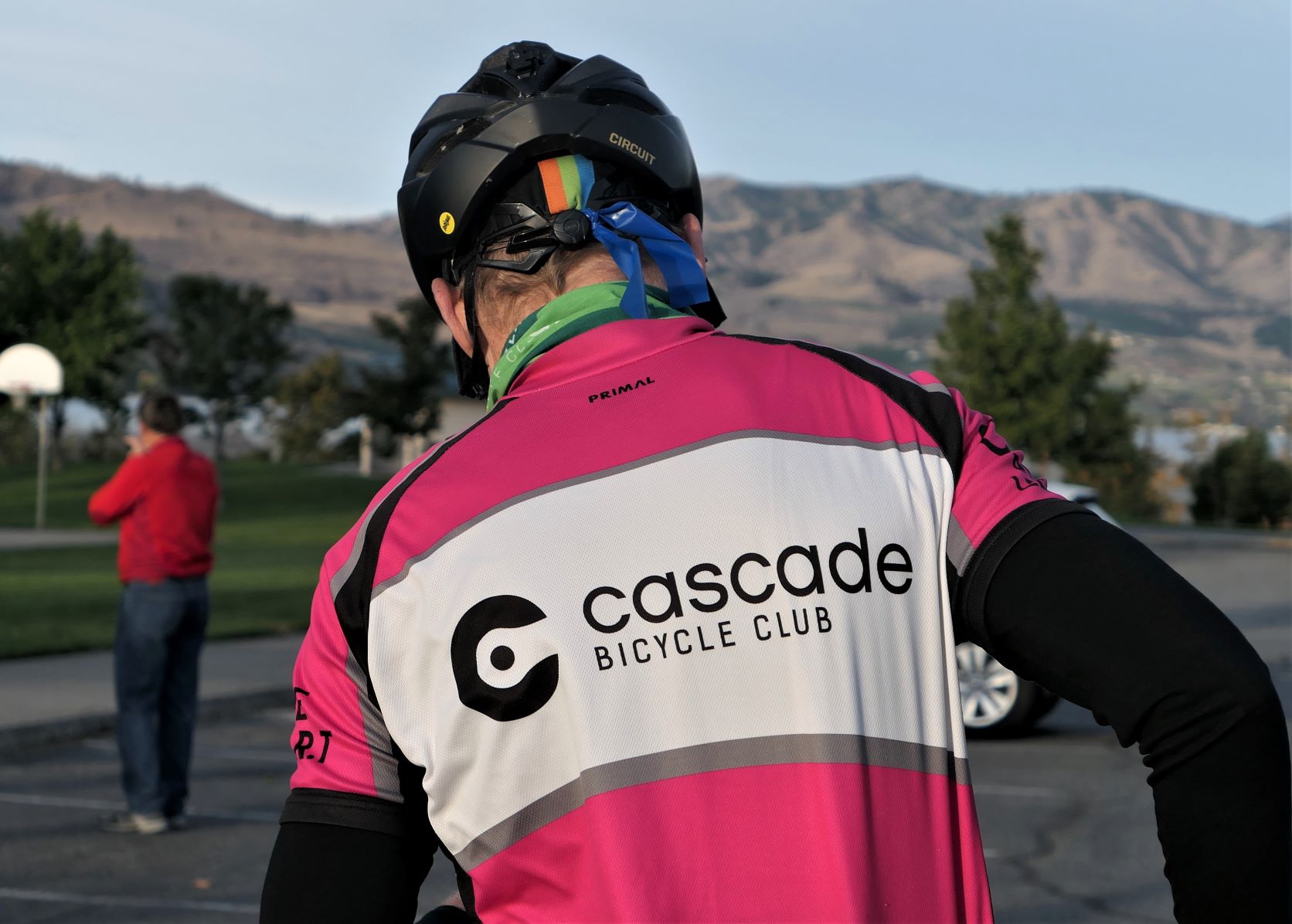 Cascade has a simple goal for the 2021 events season, which includes two Lake Chelan Tour Lites, multiple microbrewery and wine rides, the Ride for Major Taylor, Flying Wheels, a new Gig Harbor tour, and more: “We are trying to make our events as safe as jogging outdoors,” says Events and Rides Director Dave Douglas.

Douglas has led Cascade’s events planning and logistics for more than 20 years. If anyone can figure out how to put on bike riding events during a pandemic, it’s him.

With vaccination rates rising, and guided by the knowledge that riding a bike in the fresh air is both safe and necessary for people’s physical and mental health, Douglas and his team are working hard to secure permits, implement stringent precautions that limit crowding, and follow all state and local COVID-19 regulations--while also maximizing the number of riders we can safely invite.

Washington’s Phase 2 COVID-19 protocols for bike events restrict starting waves to 30 people, with at least one minute between each wave, and a maximum of 500 people per hour. At least six feet of space must be maintained for people waiting in line at the start and at food and aid stations, and everyone must wear a mask. No more than 100 people are allowed in the starting area at any one time. Total daily starts are capped at 1,500 people, making it impossible to hold major group rides like STP, which draws up to 8,000 participants.

“We are limited on size due to social distancing requirements,” Douglas says. “It’s basically the same thing that everyone faces at grocery stores and restaurants, but we are making it work.”

The three-day Lake Chelan Tour Lite (Friday through Sunday, April 30 to May 2) is a longtime favorite of Cascade riders, with three routes that climb the hills, traverse the canyons, and pass through the vineyards and orchards in one of eastern Washington’s most scenic locations. Registration opens for members on Tuesday, March 9 and for the general public on Tuesday, March 16.

The events team learned a lot from last October’s Lake Chelan Tour Lite, the first and only large, in-person event that Cascade held last year following the onset of the pandemic. Read our story and see the photos from that tour. 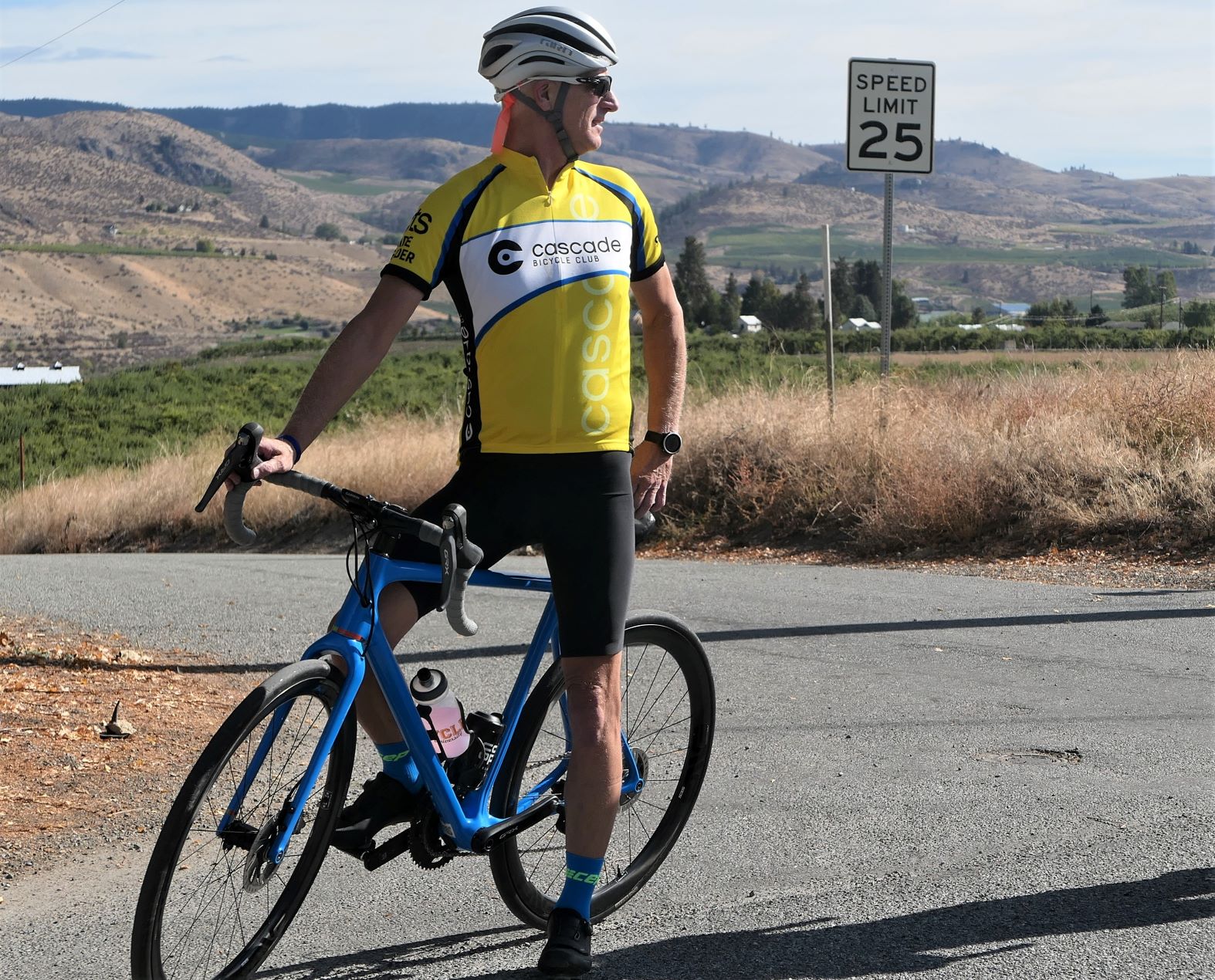 “I’m getting excited for it,” says Cascade volunteer Ride Leader Scott Boggs, who originally created the Chelan Tour Lite. “The scenery is great, and the variety of riding there and the challenges it presents are much different than here in the Puget Sound, with some long climbs that are challenging but very rewarding.”

Boggs encourages people to practice their hill climbing before riding Chelan. “It pays to do a little training first.”

In late spring and mid-summer, when sunny weather and long days have returned, Cascade will hold two month-long DIY Seattle Bike-n-Brews rides. The first, running the entire month of May, will hit breweries in Georgetown and the south side of Seattle. The second, during July, will visit breweries in Ballard and the north side of the city. Registration for the May event opens April 6, for the July event on May 4. 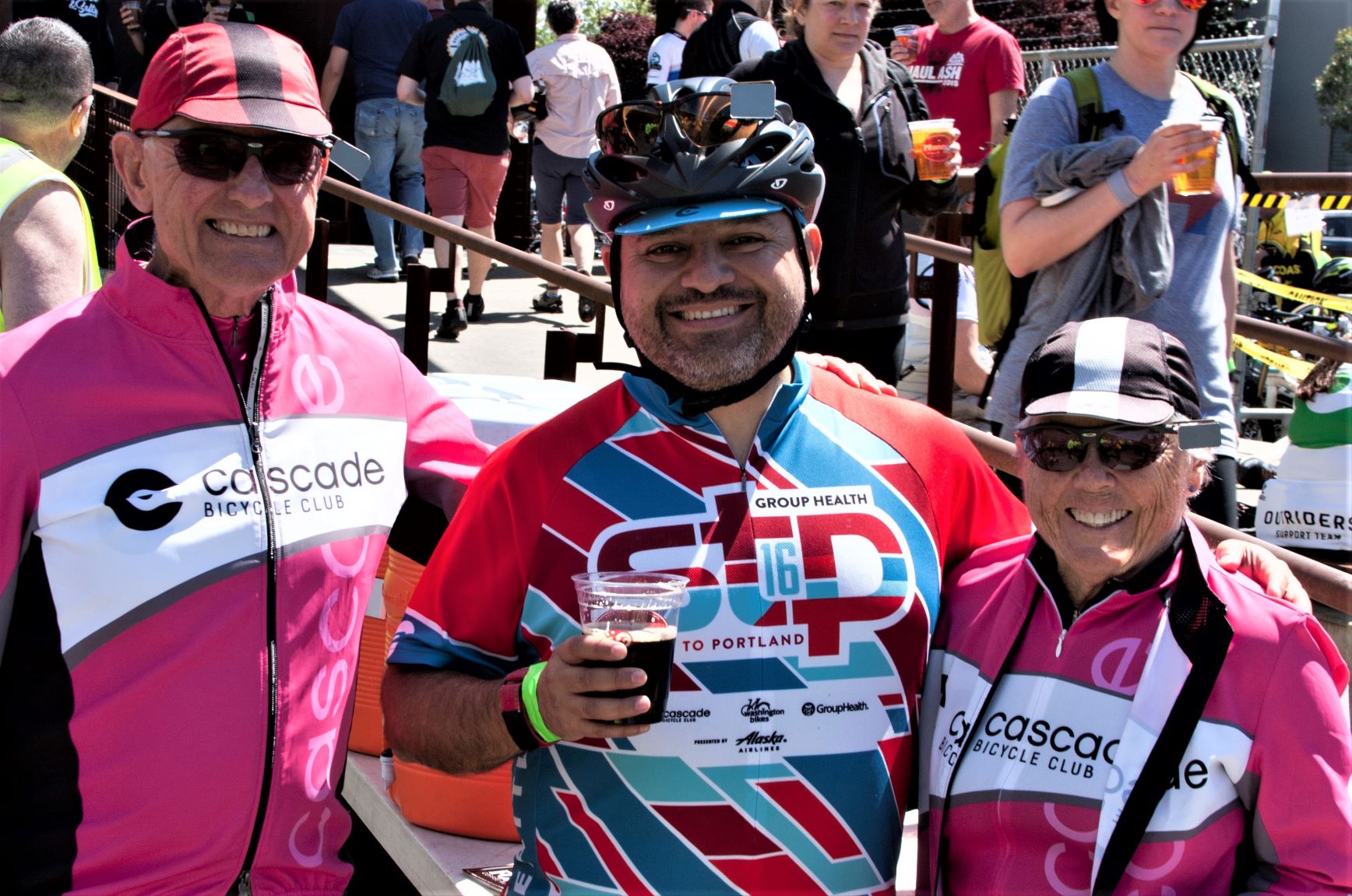 Bike-n-Brews 2017--when hugging friends and sharing beers was so easy!

“You sign up, we send you some swag and coupons for pints of beer and a map of the brewery locations,” Douglas says. “Then you have a month to gather some friends and ride to the various breweries. We love our local brewery partners and we want to bring them some business and give people a reason to get out for some fun riding.”

A new event is also on tap. From May 14-16, Cascade plans to hold its first Gig Harbor Tour Lite, with three days of riding around scenic Gig Harbor and nearby Tacoma, Wash. Ride Leader Marlene Druker is working with the Events team to organize the Gig Harbor Tour Lite and plan the most fun routes. As with Chelan, Cascade will provide a route map, lunch stop, and limited Sag support. Participants will book their own accommodations. Registration opens March 30 for members, and April 6 for non-members.

Cascade had to raise its member price for the Tour Lites to $175 due to increased costs and extra people power associated with operating during the pandemic. Many of the larger rides such as STP and RSVP are currently on hold. While there will be a Kaiser Permanente Seattle to Portland Virtual Challenge again this year, it’s impossible to gather thousands of riders at start and finish lines and aid stations.

“We previously ran our Tour Lites at a break-even cost, but with the cancellation of STP (Cascade’s largest revenue source) we need to generate revenue that funds many of our other advocacy, education, and community programs,” Douglas says.

Previously, Flying Wheels attracted more than 4,000 people to pedal Washington’s Snoqualmie Valley, starting and finishing at Marymoor Park. Tentatively scheduled for June 5, this year’s ride will be capped at 1,000 participants who can choose from routes of 50, 70, or 100 miles. 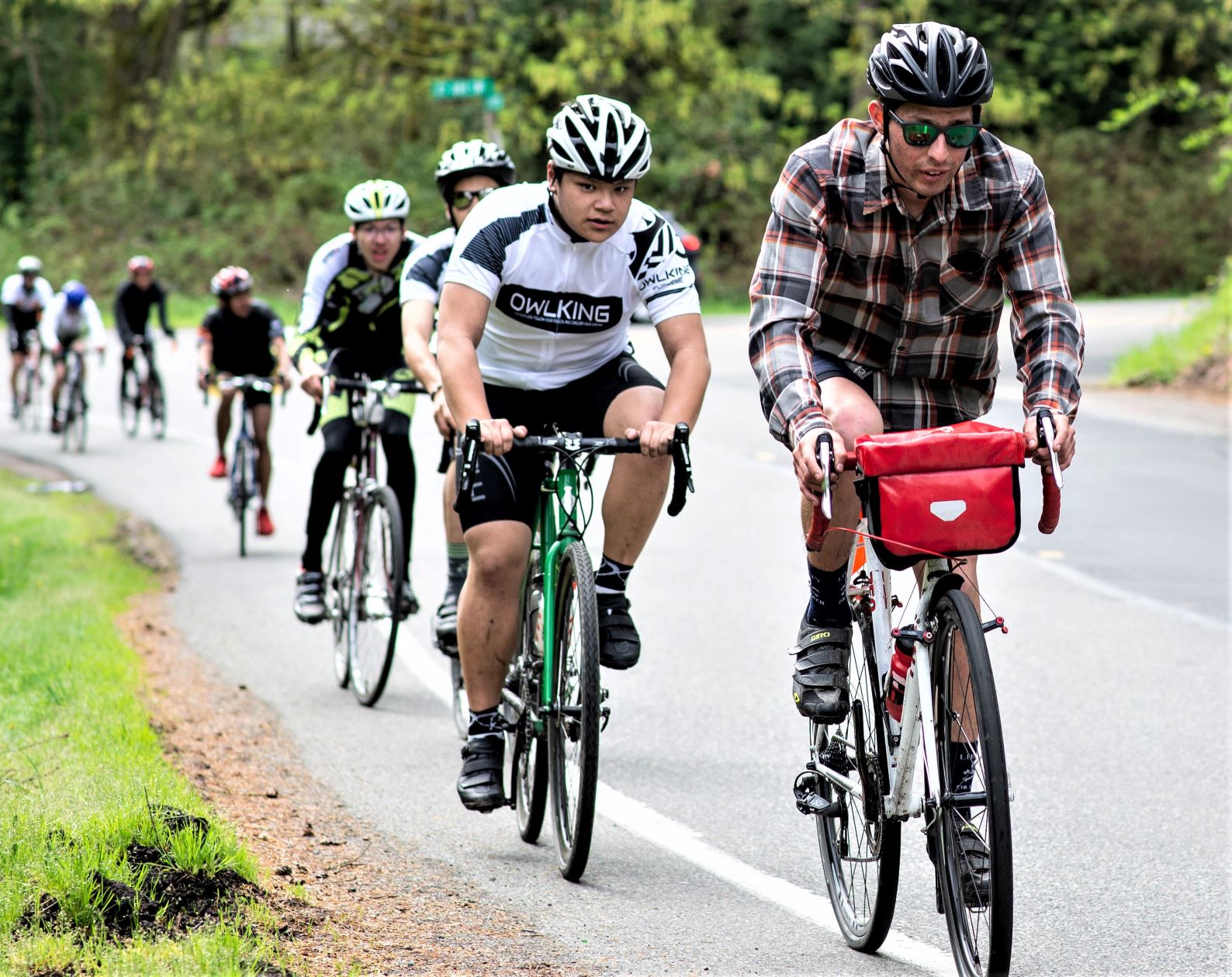 In September, Cascade hopes to hold a DIY Wine Ride in the Woodinville area in the same vein as the DIY Bike-n-Brews events. Participants will receive coupons for wine tasting rooms and a map of participating vineyards. “The final dates and details are still in the works because we are trying to determine the best dates that work for the tasting rooms,” which must comply with state and local COVID-19 regulations, Douglas says.

Cascade’s Kitsap Color Classic is a favorite ride for viewing fall foliage on the scenic Kitsap Peninsula. The ride, which begins with a ferry ride from Edmonds to Kingston, is tentatively scheduled for September 26. 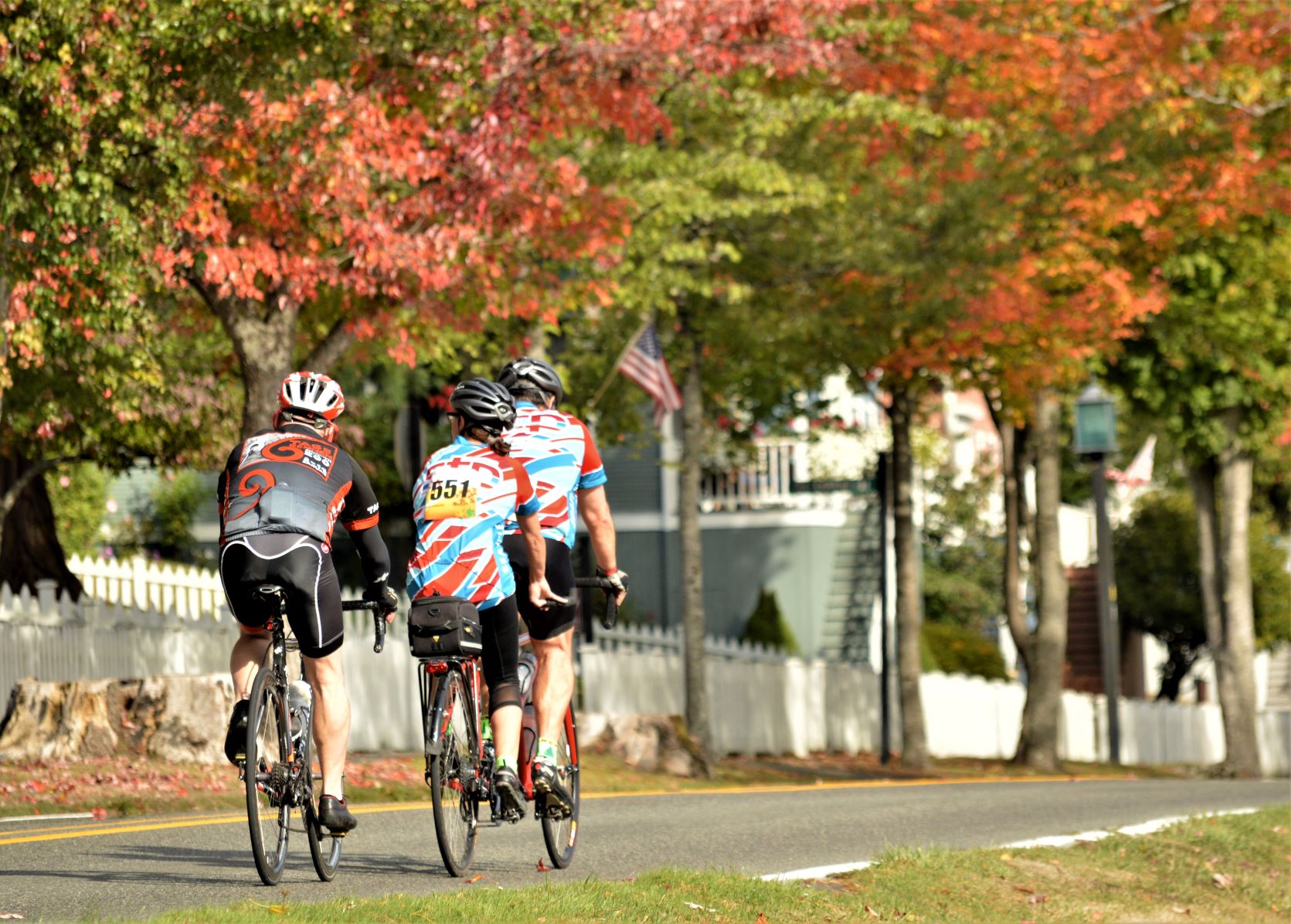 A fall version of the three-day Lake Chelan Tour Lite will be held from October 8-10, and a Walla Walla Tour Lite is being planned for a three-day weekend in September or October in eastern Washington. Walla Walla, in the heart of Washington’s wheat and agricultural region, offers the chance to ride in warm and dry fall temperatures when the Puget Sound weather turns rainy.

The opportunity for other events exists later in 2021 if the vaccine distribution has significantly reduced impacts of COVID-19 and the state relaxes its restrictions. In addition to its in-person events, Cascade will also hold its virtual STP, in addition to its Bike Everywhere Month events in May. Washington Bikes will also get in on the riding fun with a Bike Everywhere Challenge in May and Ride in the Rain Challenge in November that enables people anywhere to ride routes near their homes, compete with others for prizes and bragging rights, and support the work of Cascade and Washington Bikes.

Despite the challenges of hosting a ride season during the pandemic, Cascade is working hard to provide these important opportunities for individuals to stay active and healthy. “We are looking forward to giving our riders more chances to get outside and ride their bike this year,” Douglas says.