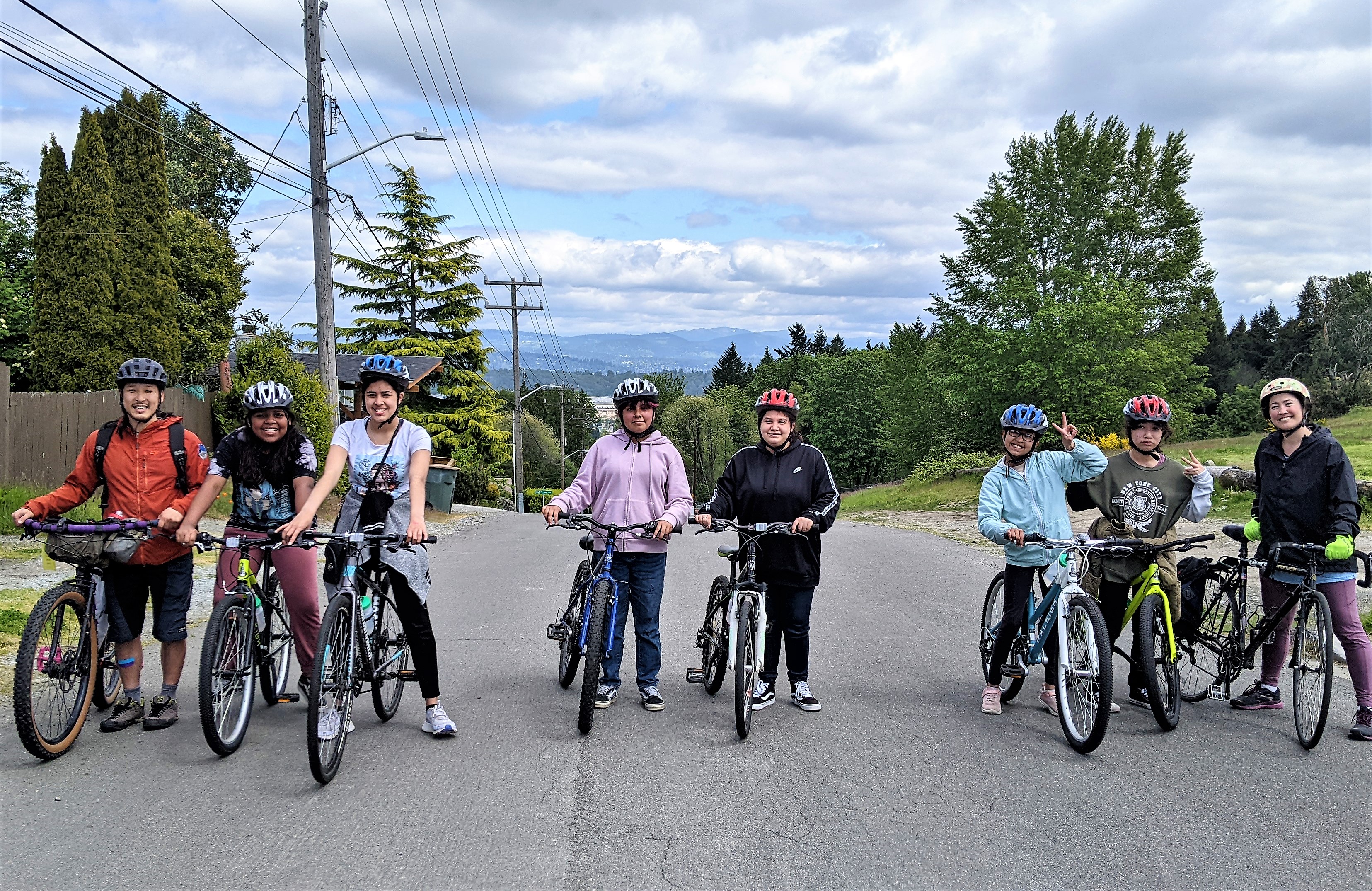 On Nov. 12, Major Taylor Project youth gathered in Tukwila for a scenic ride on the Green River Trail, capping an exciting fall rides season for MTP.

The Green River Trail excursion followed a previous weekend ride on Oct. 29, when MTP youth pedaled from Seattle's Washington Park Arboretum to Magnuson Park along the Burke-Gilman Trail, as well as a ride through the Snoqualmie Tunnel on the Palouse to Cascades State Park Trail. These rides through leafy forestlands on separated bike trails are an opportunity to enjoy safe riding conditions with lush scenery, says Major Taylor Project Manager Joel Allen.

“Many of the communities where these youth live are lacking safe biking infrastructure,” Allen says, “and they talked about how beautiful it (the Washington Park Arboretum) was, and how they want more of this.”

The Major Taylor Project supports Black and Indigenous teens and teens of color from systemically underserved neighborhoods in South Seattle, West Seattle, and Tacoma, connecting them with the outdoors, develop leadership skills, and gaining bike knowledge. 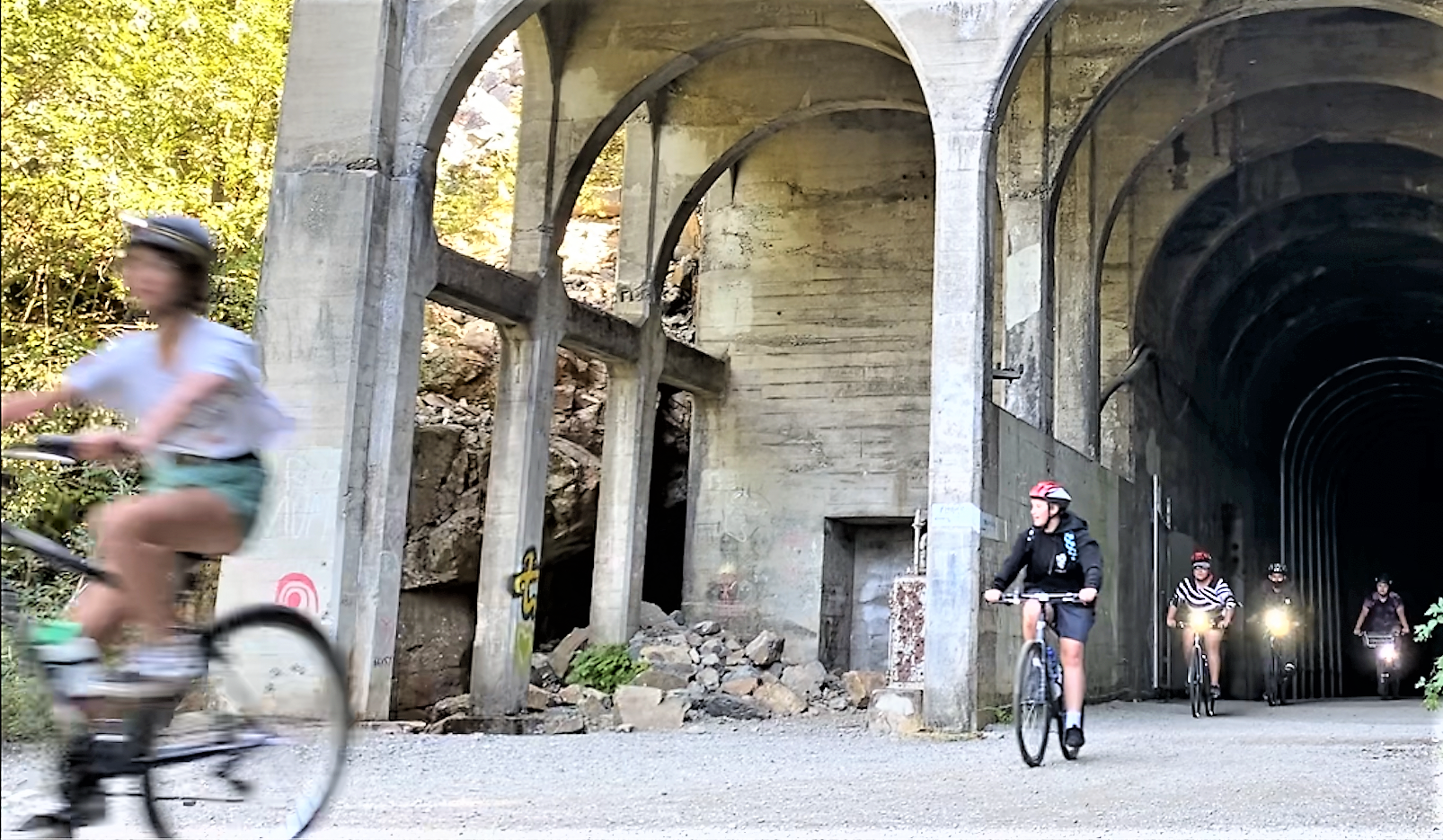 Like the youth they serve, the Tacoma and Seattle MTP programs have endured adversity through the pandemic due to school closures and health concerns. But they are bouncing back and gaining steam. 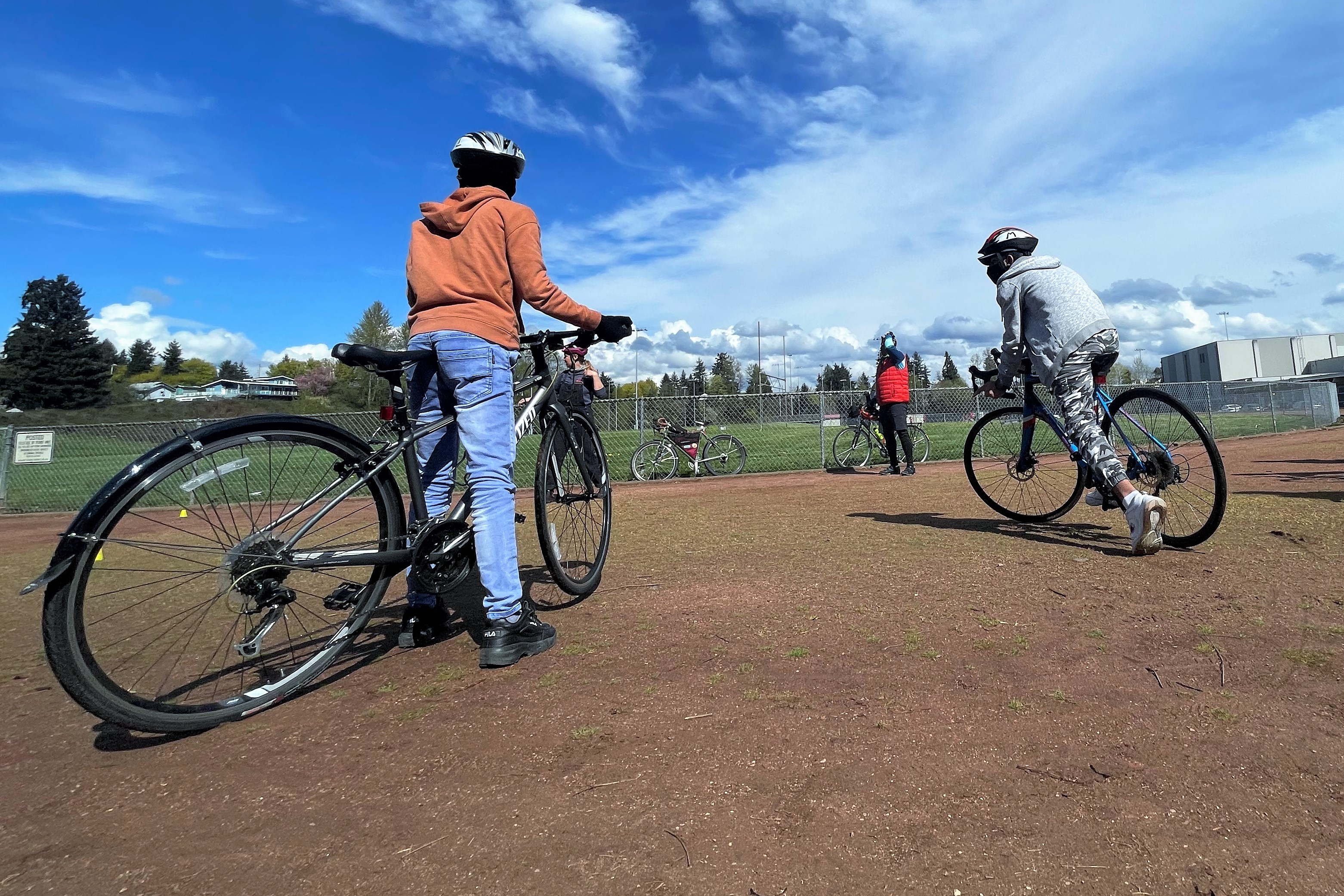 Stowell praised volunteer Phillip Lord, a Mount Tahoma teacher who “has been a hero for MTP. He always shows up, he is dedicated and enthusiastic, and he gets bikes donated.”

Zach Varnell, co-director of innovation at Partner Schools, is another big Tacoma MTP supporter. He helped MTP secure a meeting space for a bike club at IDEA–converting an old kitchen into what is now known as the "Bike Kitchen," Stowell says.

Singer, Cuerpo, and Setter helped lead and organize the recent ride from the Washington Park Arboretum to Magnuson Park, missing the Cascade Volunteer Party being held at the same time. “That is a hero volunteer in my book,” says Tremblay, who also praised Fraser for her years of volunteering for MTP youth in White Center. 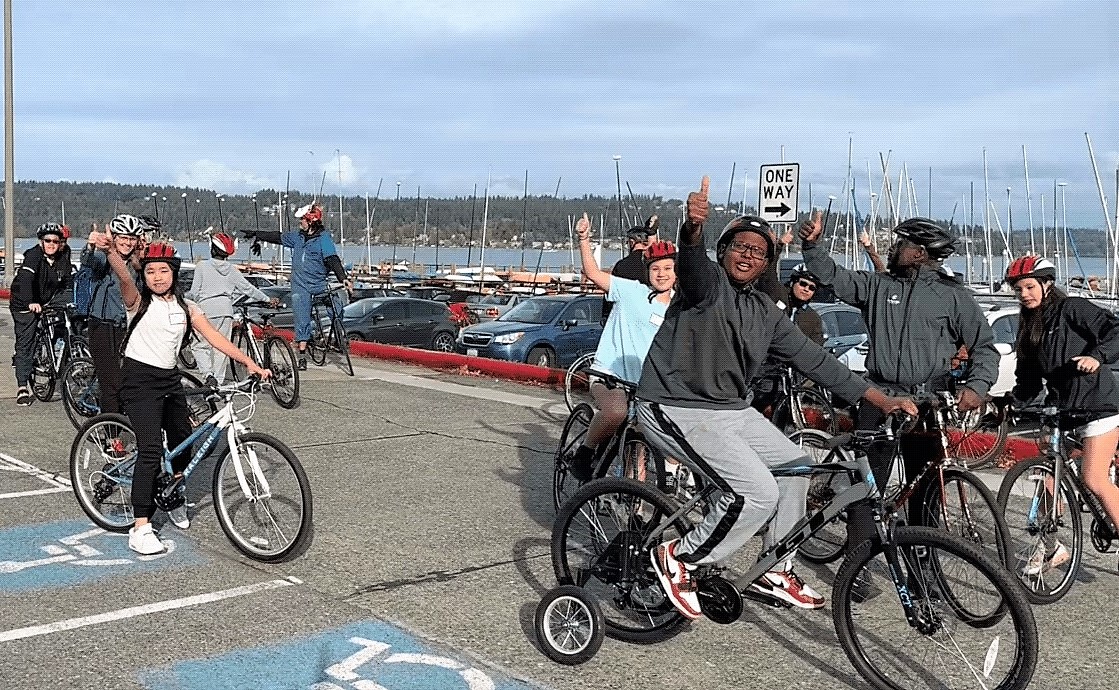 In April, we wrote about Stowell’s efforts to get MTP kids riding in Swan Creek Park, which features a network of mountain bike trails designed for both beginner and experienced riders. Stowell re-started the MTP mountain bike club at First Creek Middle School this fall, and the response was amazing.

“To have a mountain bike club in Tacoma is so exciting. This is a huge opportunity to get kids out into the woods,” Stowell says. “Many kids don’t know these great trails are right here. We want to help them discover this great resource. It’s a great time to be a mountain biker in Tacoma thanks to Swan Creek Park.” 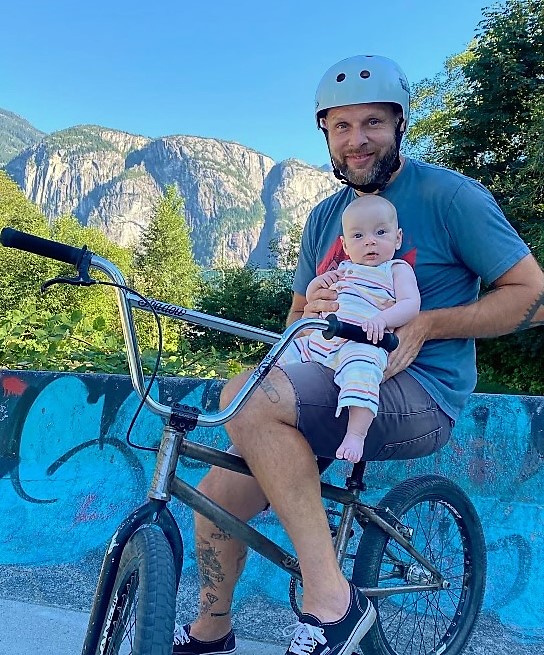 Stowell became a dad earlier this year. That kid's got BMX in his DNA.

Over the summer, Stowell and three Tacoma MTP students participated in the Wednesday Night Worlds mountain bike competitions in SeaTac. “We’ve got three kids who are really jazzed about racing mountain bikes.”

One of the students, Mateo, broke his derailleur in a race. “But that didn’t stop him. He shouldered his bike and ran the rest of the race,” Stowell says. “That’s commitment.”

Watching the MTP youth progress on bicycles and mature as young adults has been extremely fulfilling for Stowell. Some of the students he met as middle schoolers are now high school seniors. “It has been incredible to watch them grow.”

One of these students, Lextor, has developed a love for BMX riding. Stowell, who raced BMX bikes professionally as a youth, has given him several BMX bikes.

Another student, Crystal, has been with MTP since middle school and is now preparing to graduate from high school. “She got a new Build-a-Bike during the spring and she loves it.”

This winter, Stowell plans to hold a Build-a-Bike session during the rainy and cold months. Build-a-Bike gives MTP students the opportunity to learn bike mechanic skills and take home a bike they’ve assembled. 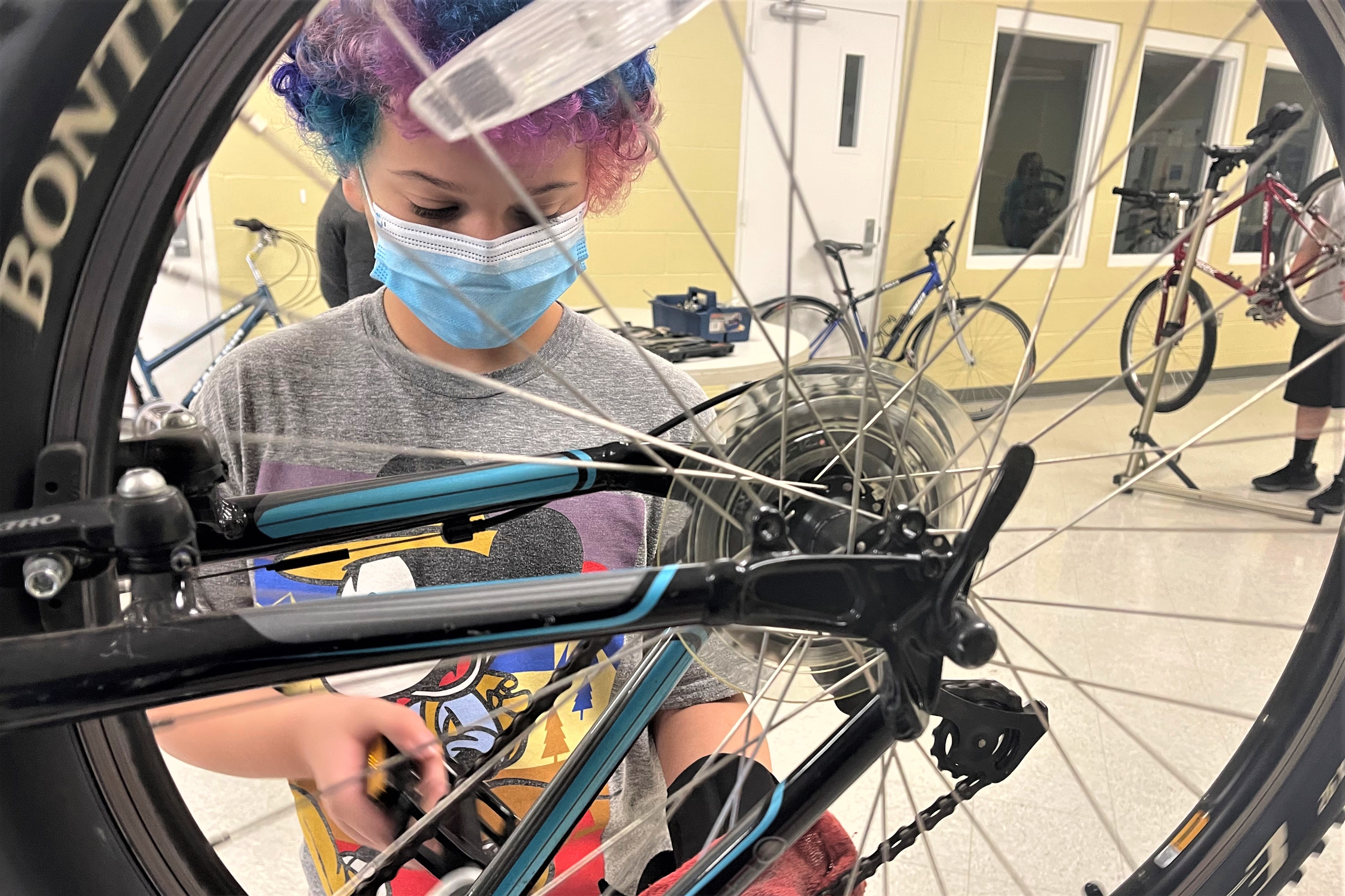 In Seattle, Allen plans to start a Build-a-Bike program in mid-January. “We will do a fund-raising push for Build-a-Bike this winter, and a snack drive,” Allen says. “Cascade is always looking for volunteers to assist as MTP ride leaders.”

Learn more about donating bikes and gear to MTP. 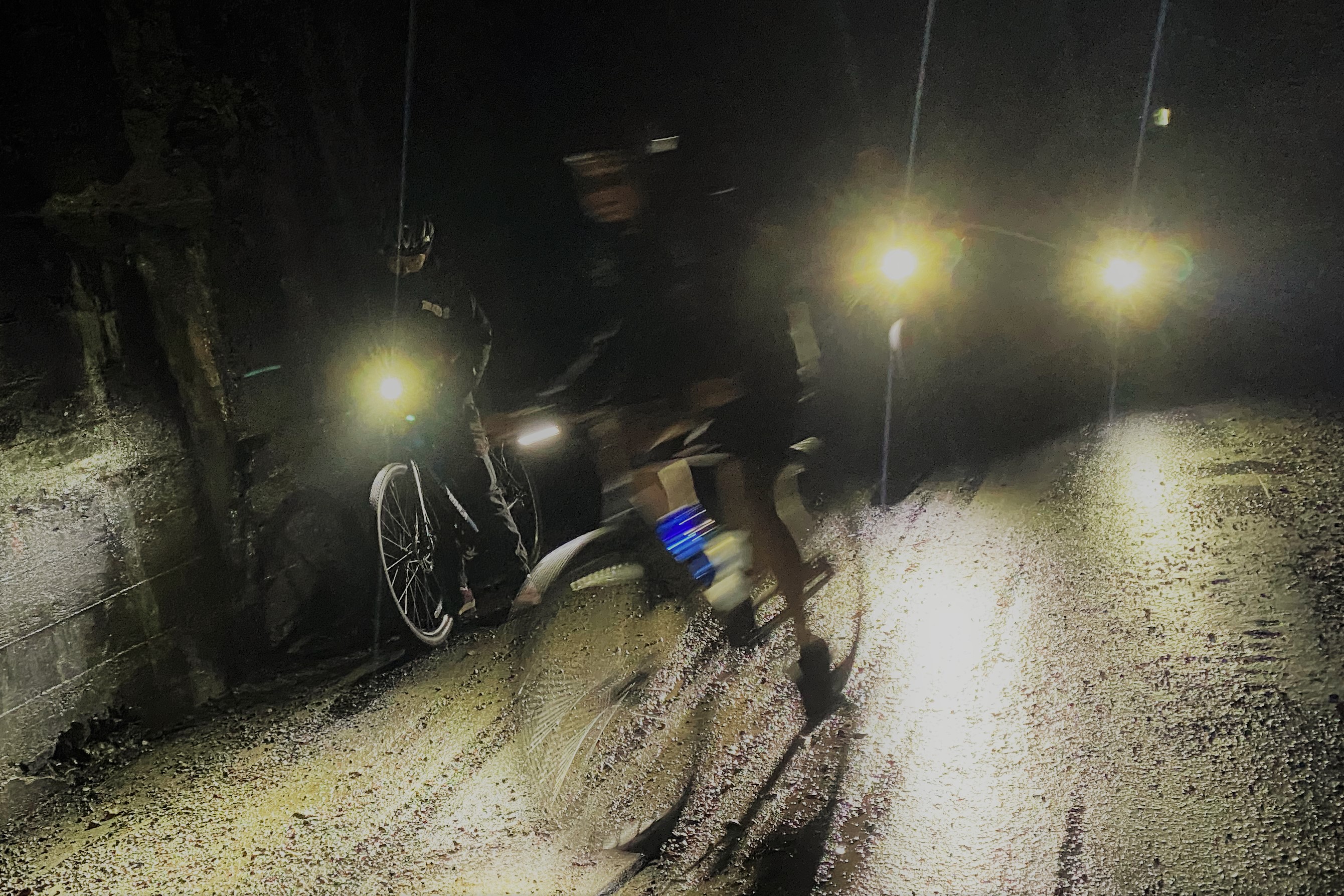