Parenthood often corresponds with an increase in driving, but a growing number of parents are rejecting the automobile-centric American lifestyle in favor of a healthier and happier mode of family transportation: electric cargo bikes.

Baum and his wife, Aimee Verrall, own two electric cargo bikes that they use for taking their first-grader to school, as well as for shopping, errands, and even camping trips. 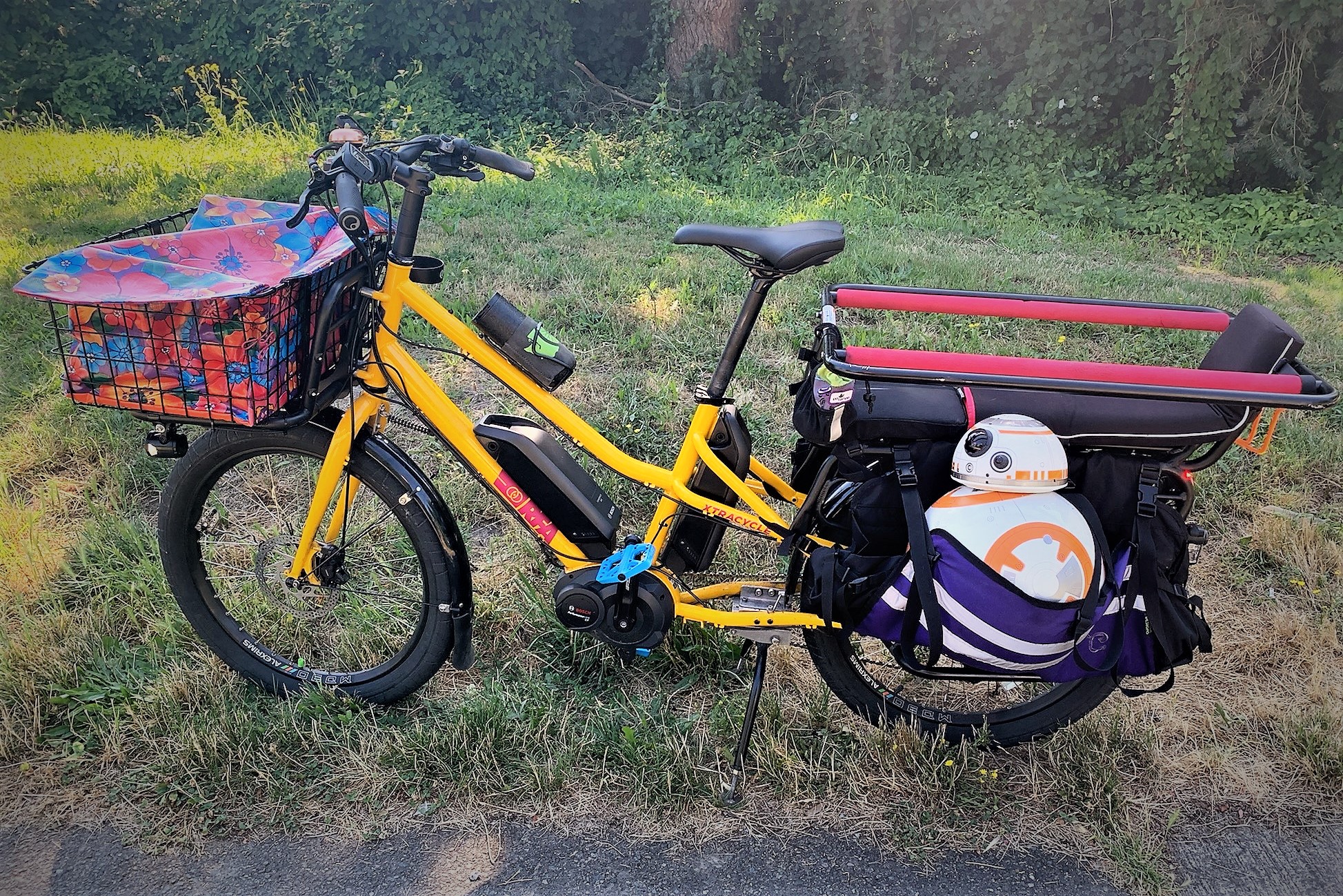 “It was great,” Forrest says. “We used the Xtracycle to carry all of our gear.”

Cascade is a big supporter of electric bikes and e-cargo bikes as a form of car-replacing, low-carbon transportation, and we have written about “The Car-Replacing Power of Electric Cargo Bikes.”

Science shows the benefits of e-bikes to families and individuals.

This study of parents and caretakers shows that “e-bikes increased accessibility to communities, provided opportunities for greater physical activity, substituted for car trips, and allowed for more family quality time with the added benefit of reducing stress.”

More quality time is one reason why the Baum-Verrall family has two e-cargo bikes.

In addition to the Xtracycle, a so-called longtail cargo bike with a rear rack that accommodates a child safety seat, the couple also own a Metrofiets with a large front cargo box. 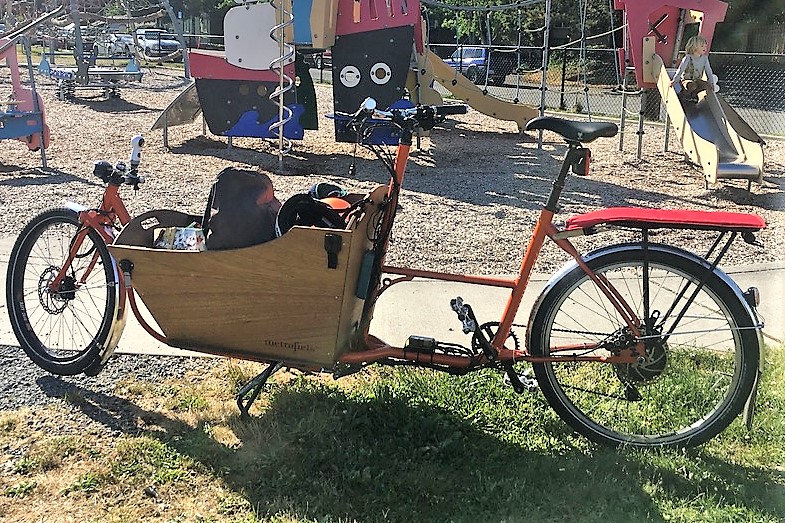 The cargo box has two seatbelts, a bench for carrying children, a rain cover, and enough space to fit a shopping cart’s worth of groceries. Forrest and Aimee take turns pedaling their six-year-old son, Orion, to school, and Forrest says Orion enjoys these bike trips.

Tips and Accessories for E-Biking with Kids

Electric cargo bike brands popular with parents include Tern, Urban Arrow, and Yuba Bikes, which has a great video about safely riding cargo bikes with children or adult passengers.

Here are a few more tips:

Before taking your first ride with children, practice riding by yourself and with cargo. For the first few rides with children, “go someplace they like, or for a treat, like ice cream,” Baum says.

E-Bikes are Beneficial for Health and the Environment

Studies show the many benefits of e-bikes and why families and individuals should consider getting one to replace motor vehicle trips.

People who buy e-bikes more than double their use of bikes for transportation, according to this 2020 study, which shows that e-bikes are an essential tool for getting people out of automobiles and reducing the environmental harms of motor vehicles. 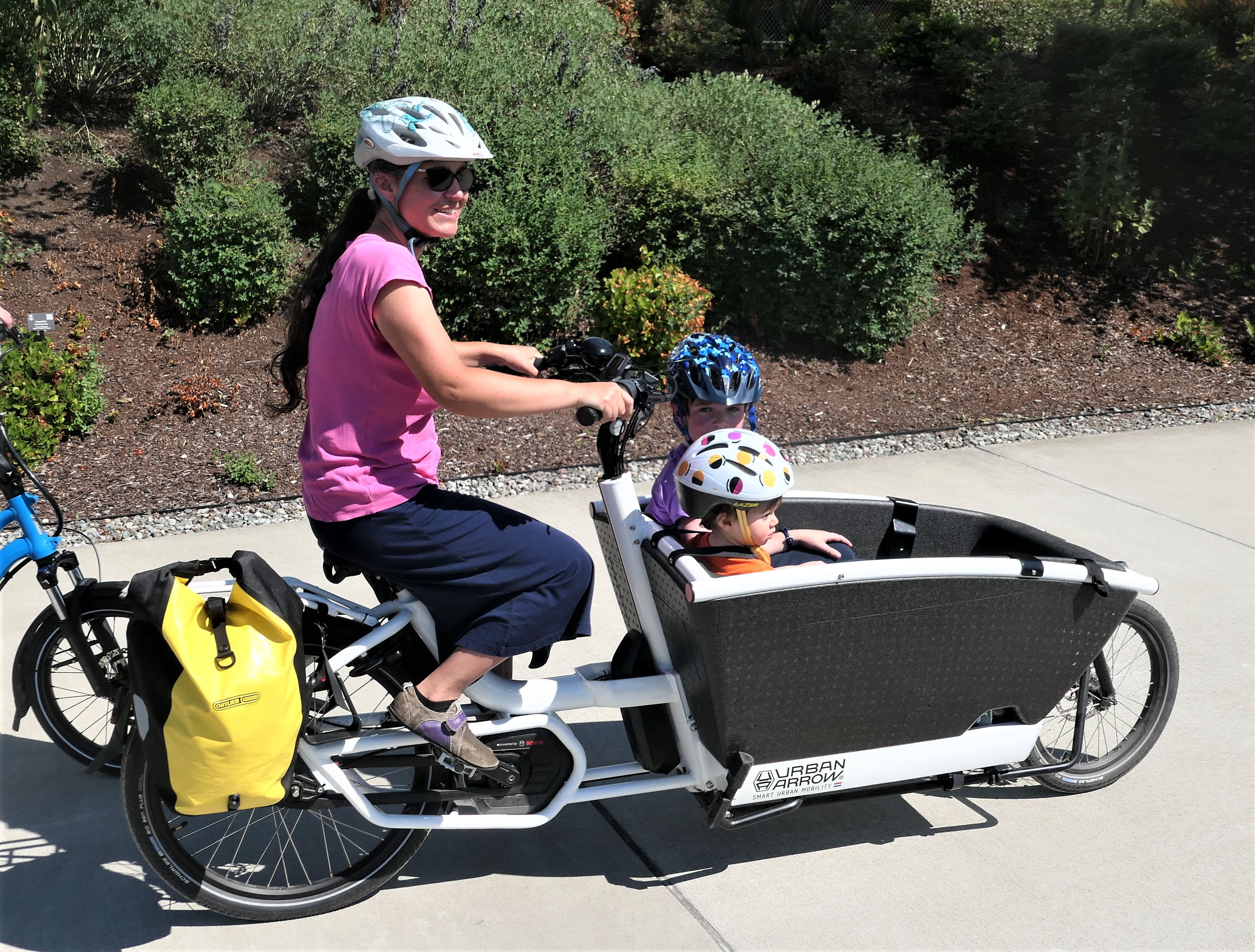 “E-bikes are increasingly turning into an essential part of the urban transport system, and can be an important contribution to reducing environmental impact from transport by shifting people away from motorized transport,” the study above concluded. “Policy makers can expect a positive return of policy measures aimed at increasing the uptake of e-bikes.”

Clearing up Misconceptions About E-Bikes

Class 1 and Class 2 e-bikes provide pedal assist up to 20 mph, while Class 3 e-bikes–which are prohibited on local trails–provide assist up to 28 mph.

However, just because e-bikes offer pedal assist up to 20 mph or 28 mph doesn’t mean you must travel that fast. Some cars on our roadways have the ability to go 100 mph, but people should clearly never drive that fast.

Another study found that electric bike users are no more likely to be involved in a crash or to sustain severe injuries. 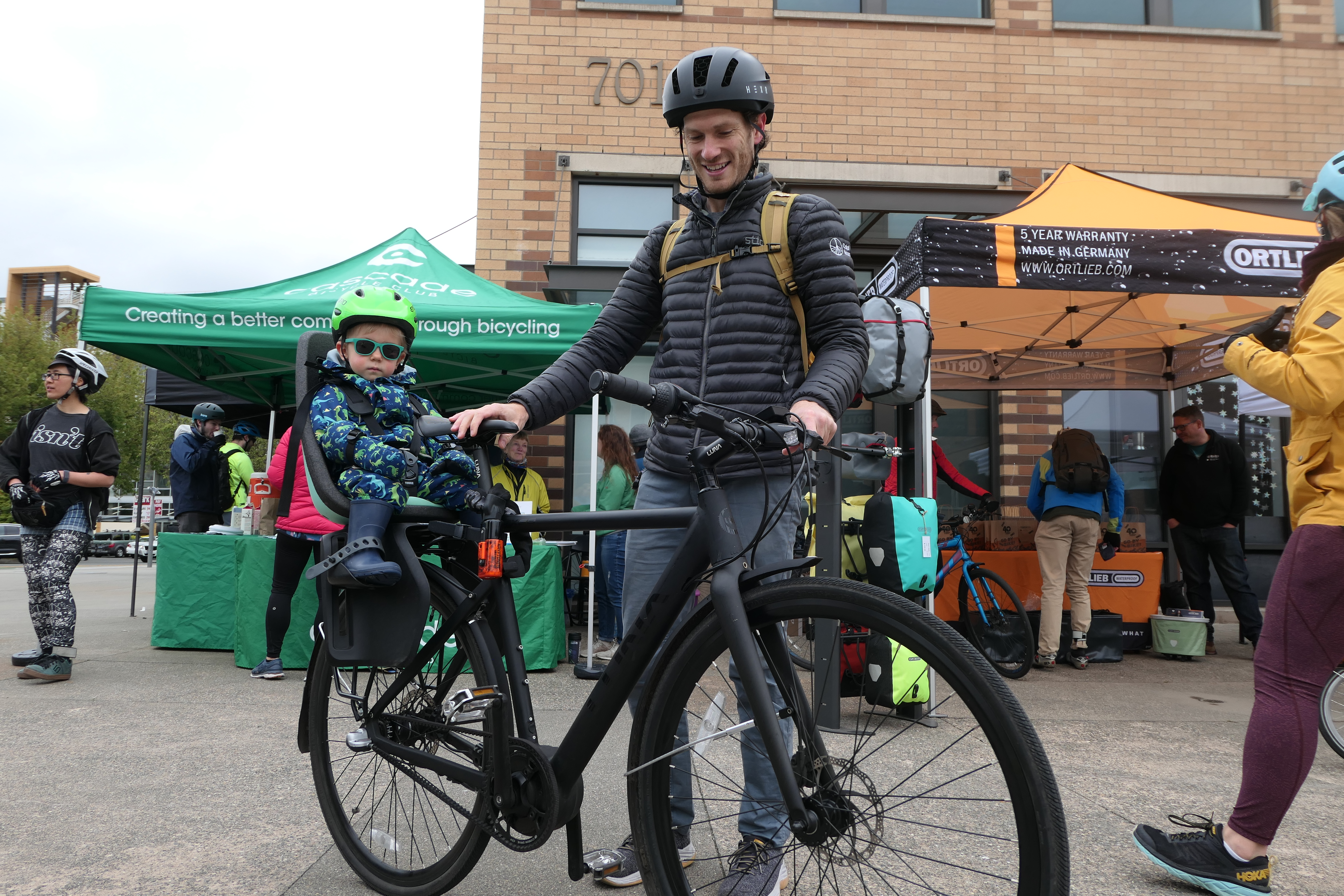 Cascade believes that e-bikes should be ridden as designed and intended, and per manufacturers recommendations. Read more about our support of e-bikes here.

Always ride at a safe speed, obey speed limits and traffic rules, and travel at a pace that allows you to remain in control of the bike.

Stay alert, watch out for pedestrians, pass others courteously. Don’t wear earbuds or headphones that can prevent you from hearing approaching cars.

No form of transportation--whether driving or bicycling or walking--is 100 percent safe. But Cascade believes that our communities would be safer, cleaner, healthier, and happier if more parents and individuals rode bikes and e-bikes instead of driving. 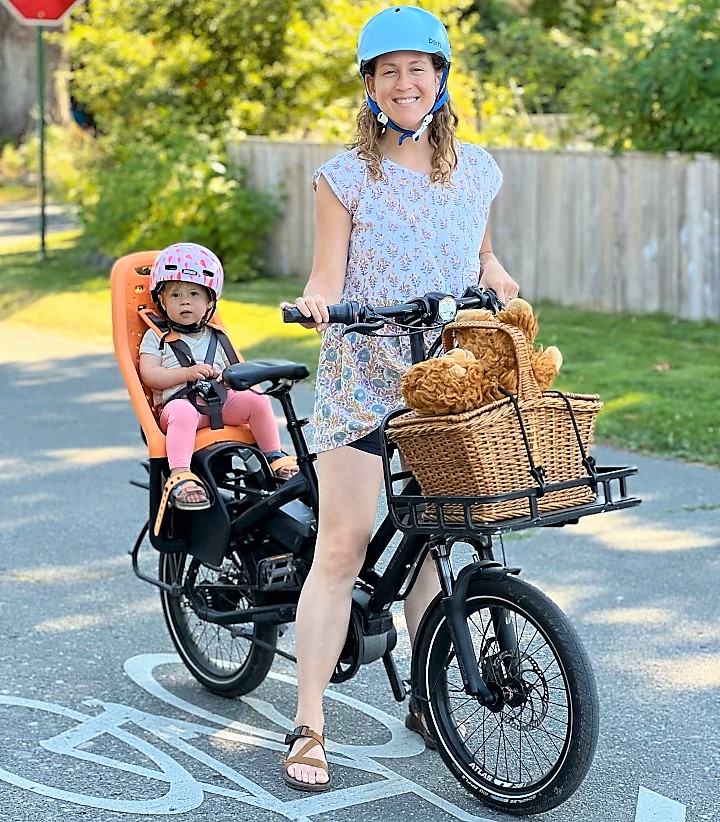