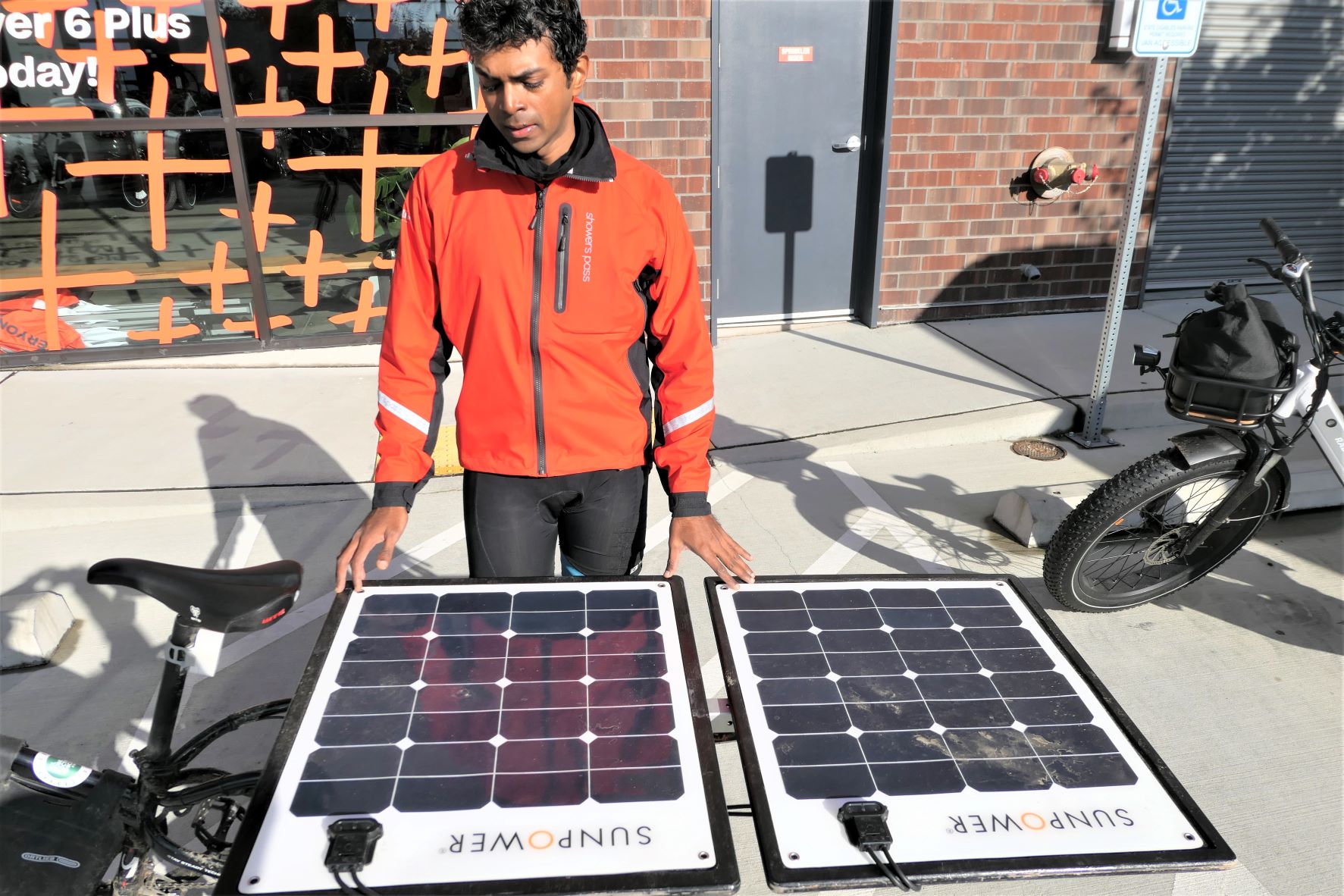 Sushil Reddy, founder of the SunPedal project, is using his legs and the sun to prove that solar power and electric bikes are viable solutions for reducing fossil fuel use and helping to solve the climate crisis.

Reddy, a solar power consultant from India, and his bicycling partner Luis Fourzan, a solar power advocate from Mexico, recently passed through Seattle on their 6,900-mile electric bike ride around the United States.

“We are focusing on solar power, electric mobility and healthy living,” says Reddy. “This trip is about meeting people and sharing our experiences.”

I pedaled to meet Reddy and Fourzan at Seattle electric bike manufacturer Rad Power Bikes, where they were getting some free tune-ups and mechanical assistance from Rad employees.

Reddy rides a Yuba “Boda Boda” cargo bike with two 50-watt SunPower solar panels ($85 each on Amazon) mounted to the rear, providing 100 watts of photovoltaic power. The bike has been modified to add a hub motor in the front wheel made by the company Grin Technologies. The solar panels charge two batteries that Reddy carries in a frame bag. 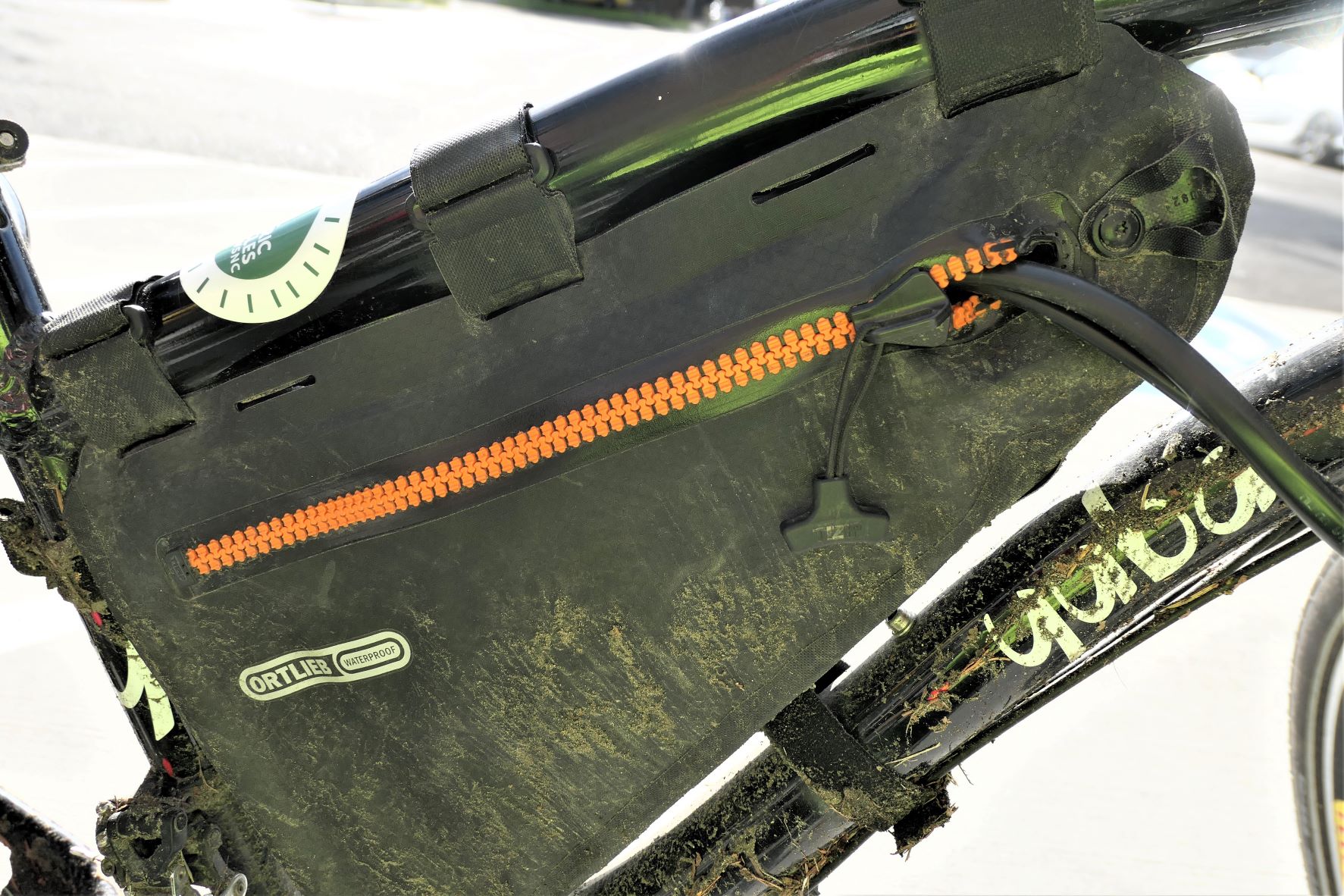 The solar panels charge batteries stored in the frame bag. 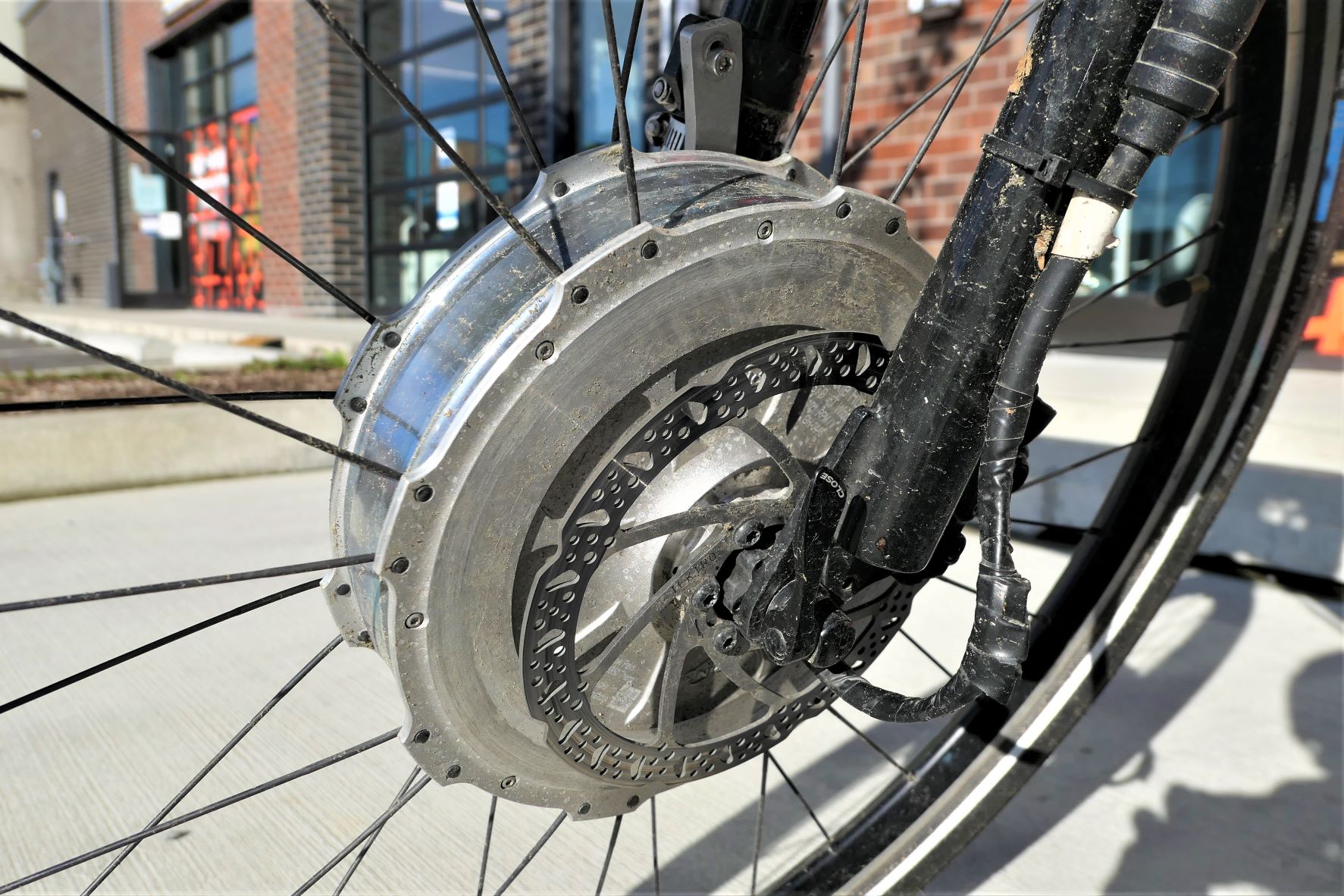 The batteries power a hub in the front wheel.

The solar panels are larger than necessary for normal e-bike commuting, but Reddy’s goal is to prove a point and stimulate interest. “For daily commuting you don’t need such a bulky system. With this project we are showing that there are solutions that can work and which can be designed for daily commuting.”

Reddy and Fourzan began their SunPedal Ride in North Carolina in August, then pedaled up the East Coast through Washington, D.C., to New York before heading west through Pittsburgh, Chicago, Minneapolis, and across the northern plains through the Dakotas, Montana, and Idaho to Seattle. After a brief stop in Seattle, they headed south to Portland on their way to San Diego, where they will turn left and head to their finish line in the Fort Worth, Texas, area in December. 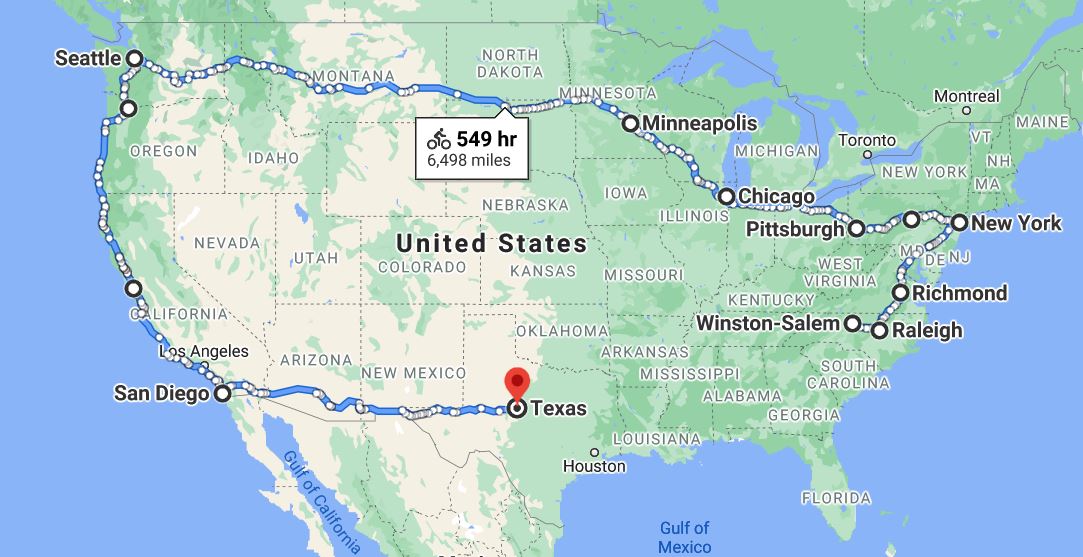 The pair average about 50 miles per day. “On a good sunny day the solar panels provide me with an extra 35 to 45 miles of power,” Reddy says. “On a cloudy day maybe just 10 miles extra.”

Fourzan, who acts as a support rider to Reddy to help with logistics and route planning, is riding a Riese and Muller electric bike. They stay in motels and with people who offer free lodging so they can plug in, recharge overnight, and post updates on social media. Reddy tops off his battery to supplement the energy collected by the solar panels.

The pair have attracted lots of local media attention during their journey, which is the goal as they spread the solar power message.

Within the next two years, they plan to do a similar ride in Mexico, where Fourzan works for a solar power financing company. Mexico has vast potential for tapping solar energy, he says. Fourzan is also studying the bike infrastructure in the United States to learn lessons that he can bring back to bike advocates in his home country, where he says many cities lack safe bike routes.

This is not the first time Reddy has undertaken an audacious solar-powered electric bike trip. In 2016, he launched SunPedal with a ride across India. In 2017, Reddy undertook solar powered rides in California, from San Francisco to San Diego, and France. He followed those trips in 2018 with SunPedal journeys in Iceland and again in India, and again in 2019 with a 60-day expedition through four major cities in India on a solar-powered tuk-tuk--a three-wheeled minicab popular in some countries. 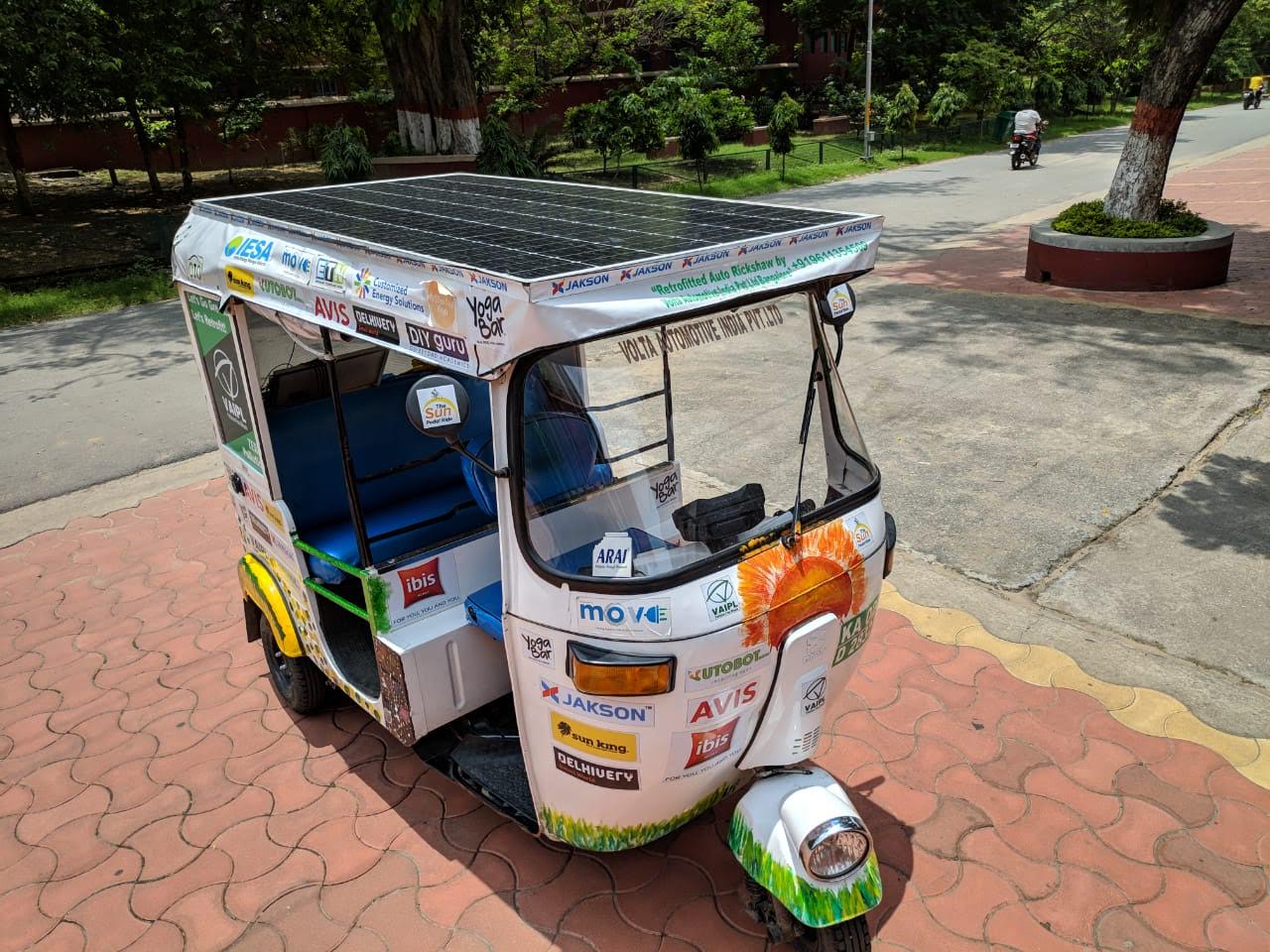 Electric tuk-tuk with solar panels on the roof.

“There is an urgent need to combat climate change by shifting towards a sustainable means of living and The SunPedal Ride project is an attempt to inspire people to change their individual lifestyle to adopt a more sustainable one,” says a mission statement on the SunPedal website.

Reddy is not the only person undertaking big journeys on solar powered electric bikes. In 2018, multiple riders raced from France to China on bikes with solar panels mounted to trailers. 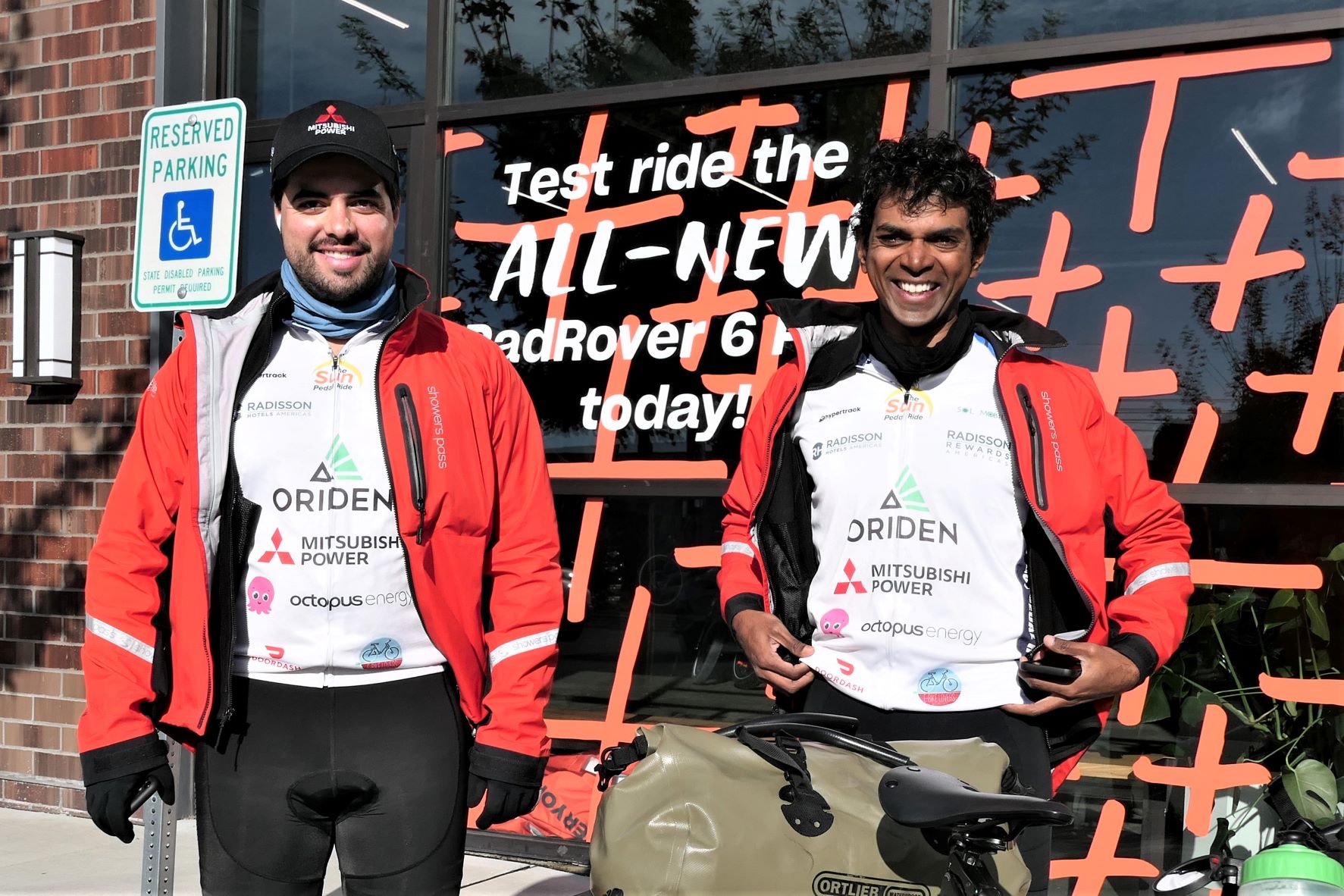