Improving Bicycling in Spokane to Fight Climate Change and Inequality

SpokAT founder Jessica Engelman will speak about creating a neighborhood greenway network and efforts to make active transportation safer in Spokane during the Washington Bike, Walk and Roll Summit Presented by Amazon, which is free, virtual, and open to all. Register here. 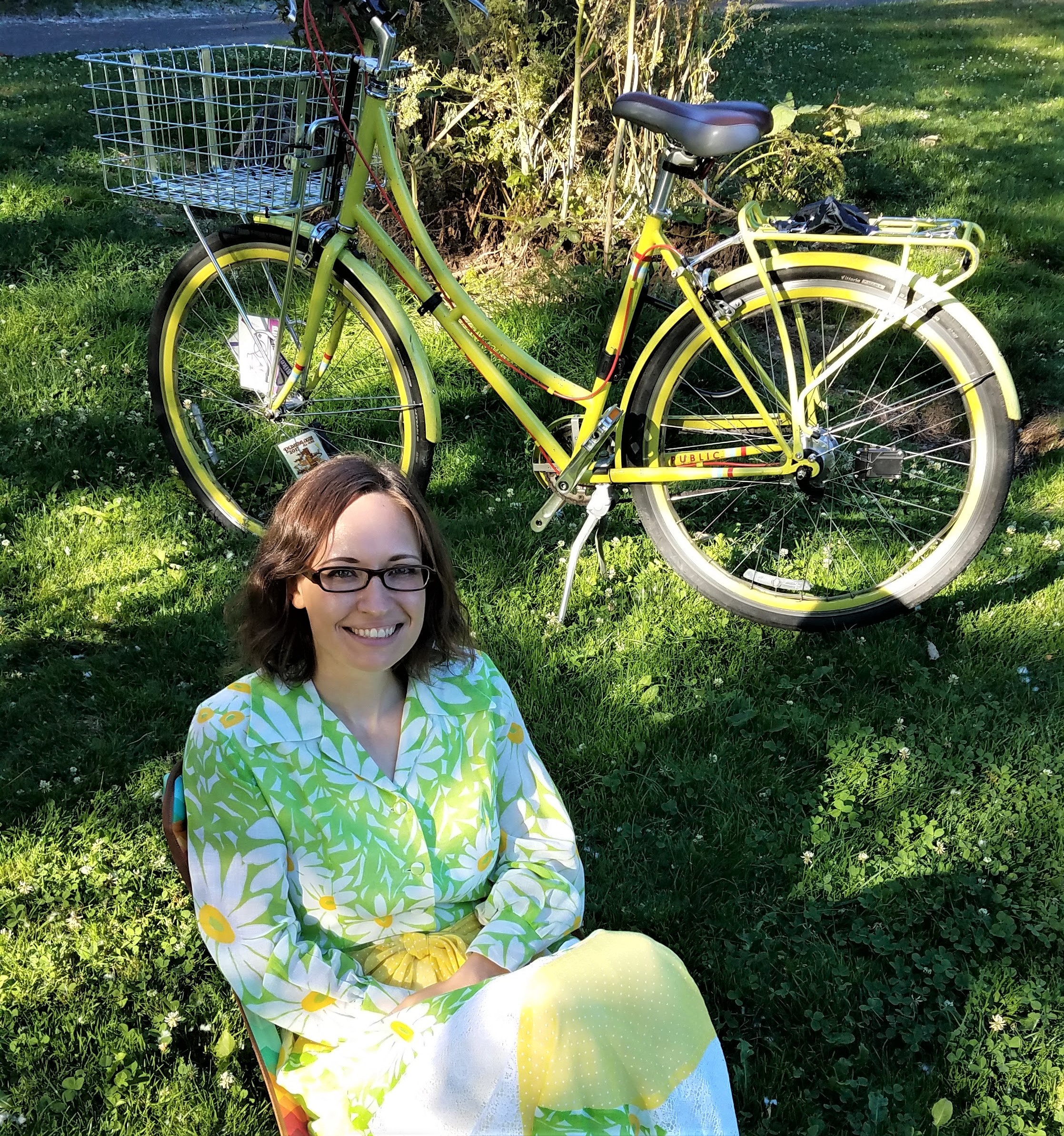 The hazardous air quality that made it dangerous to ride a bike--or even go outside--in Washington recently is another reminder of the urgent need to take action to slow climate change and the catastrophic wildfires that global warming is exacerbating, says Spokane active transportation advocate Jessica Engelman.

Transportation is the top source of greenhouse gas emissions in Washington and the United States, and “everyday driving contributes the bulk of those emissions,” says Engelman, founder of SpokAT, a grassroots organization that is trying to make walking, bicycling, and public transit more appealing in Spokane.

While there are many ways to reduce the pollution and climate impact of transportation, increasing rates of bicycling and walking deliver the biggest bang for the buck in terms of lowering greenhouse gas emissions, improving air quality and public health, and reducing economic inequality, she says. “Addressing the ‘drive everywhere’ habit is a good place to start.”

Engelman will speak on the panel “Active Transportation Advocacy Around the State: Making Washington a Great Place for All” at the Washington Bike, Walk, and Roll Summit Presented by Amazon. The panel’s speakers will discuss the successes and challenges that come with community based work and advocacy initiatives. 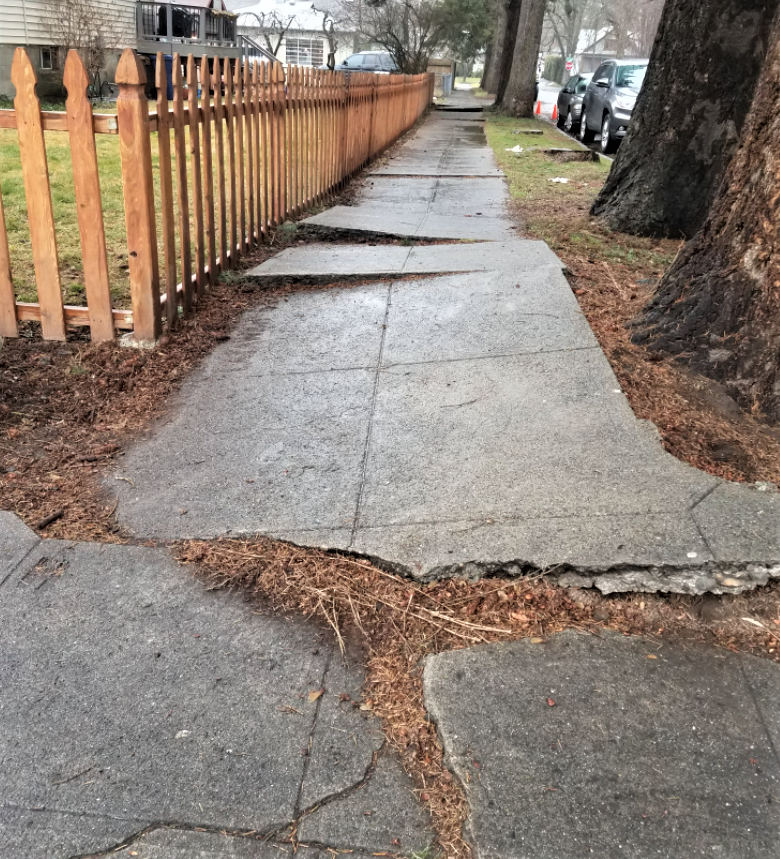 A cracked an "inhospitable" sidewalk in Spokane

The Summit is going virtual for the first time since beginning as a traveling statewide conference in 2015. Another first: the Summit is free to attend, from Oct. 5-9, thanks to support from Amazon, the Washington State Department of Transportation, and other sponsors. An annual gathering of advocacy and policy experts organized by Cascade and its affiliate, Washington Bikes, the summit will focus on strengthening alliances between advocates for all forms of human-powered transportation--whether pedaling a bike, walking, or rolling on a scooter, skates, or in a wheelchair.

Originally scheduled for April but postponed to October due to COVID-19, the 2020 Summit will make the topics of diversity, equity, and inclusion the overarching theme for every panel and presentation. Other speakers will include individuals of different racial and gender identities and ages, including self-proclaimed “fat bicyclist” Marley Blonsky, an advocate for inclusivity of all body types in the bicycling community.

Engelman shows the importance of grassroots community organizing for improving access to transportation options beyond the car. After moving to Spokane last year, she was surprised to learn that the city had no nonprofit focused on improving biking, walking, and rolling. She created SpokAT in April 2019.

With no budget and relying solely on volunteers, SpokAT, short for Spokane Active Transportation, has launched efforts to create a citywide neighborhood greenway network and a map of low-traffic streets that are friendly to people riding bikes and walking. “SpokAT’s mission is to make Spokane a place where everyone who wants to ride a bike, walk, take a bus, or use micro-mobility feels safe and comfortable, and to make these options available to everyone,” she says. 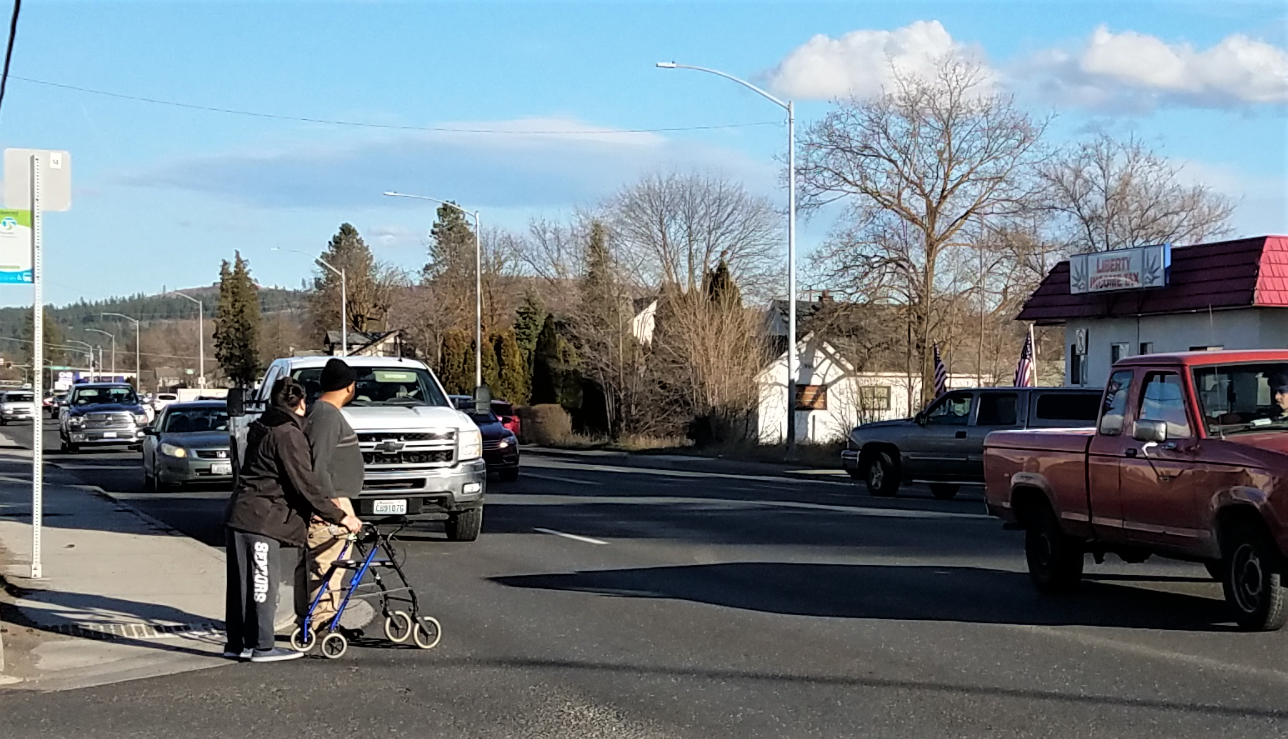 Engelman also serves on the Spokane City Council's Sustainability Action Subcommittee. “People are excited to have an organization where we can connect and share information,” she says. “A big part of organizing is simply having an email list. There is so much that can be accomplished with no money and with volunteer labor, especially in a city like Spokane where we were lacking this type of organization.”

As a white woman living in a predominantly white city, she is trying to become more attuned to racial equity issues and to recruit a more diverse membership.

SpokAT is focusing on neighborhood greenways because they are a low-cost first step.

“We can roll out a designated greenway network faster than any other program,” Engelman says. “The cost is primarily in the crossings. We have some major arterials where it can be a mile between signalized crossings. It’s something everyone recognizes as a problem.”

Creating a crowd-sourced downloadable map of low-traffic streets is another initiative that provides a big return for a small investment, she says. Many areas of Spokane are relatively flat with a grid street pattern. “A lot of people are already biking, but the issue is how you cross major intersections. Let’s focus on the places with the worst bike and pedestrian access and make those safer.” 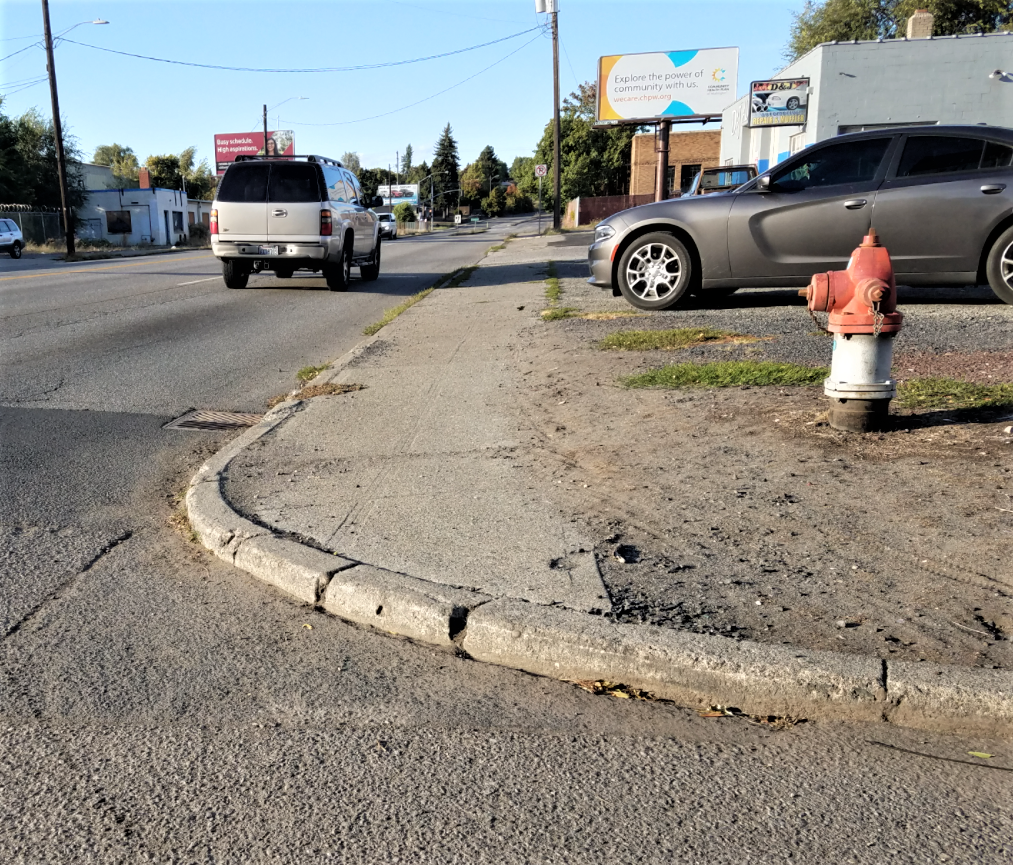 A hostile and inaccessible sidewalk in Spokane.

“While there are quite a number of side-streets streets in Spokane that are safe and pleasant to bike on, these routes aren't included in any official cycling maps, and most of the official bike routes leave something to be desired,” she says. “If you are new to cycling, our painted bike lanes are terrible, requiring you to ride in the door zone” or down a major street with nothing but a sharrow. She cites the Denver Bike Streets initiative as an inspiration for SpokAT’s mapping project. “This will also show the city where there are gaps in the network.”

“The beauty of cycling infrastructure is you can change public opinion with just one good project,” Engelman says. “It becomes a snowball effect.” Transitioning away from a car-centric culture and encouraging more people to ride bikes also improves equity, Engelman says. “Vehicles have huge equity problems. They are expensive to own and maintain. And every new car on the road makes the roads less safe for everyone else.”

Learn more, see the agenda and speakers, and hear Engelman and the other presenters by registering for the free Washington Bike, Walk, and Roll Summit Presented by Amazon.