Seattle Center: What's Next for the Basic Bike Network

Efforts to build out the Basic Bike Network surged ahead in recent months with exciting One Center City announcements, the start of Pike/Pine protected bike lanes and an historic agreement of the Community Package Coalition and Washington State Convention Center project.

A major opportunity to continue this momentum has presented itself through the Seattle Center arena project. With the right investments for people walking and biking, this project can transform how people get to, from and around Uptown, Belltown and South Lake Union — the downtown neighborhoods with the highest shares of drive-alone commuters, according to Commute Seattle. Here's a map we created with our friends at Seattle Neighborhood Greenways highlighting potential connections: 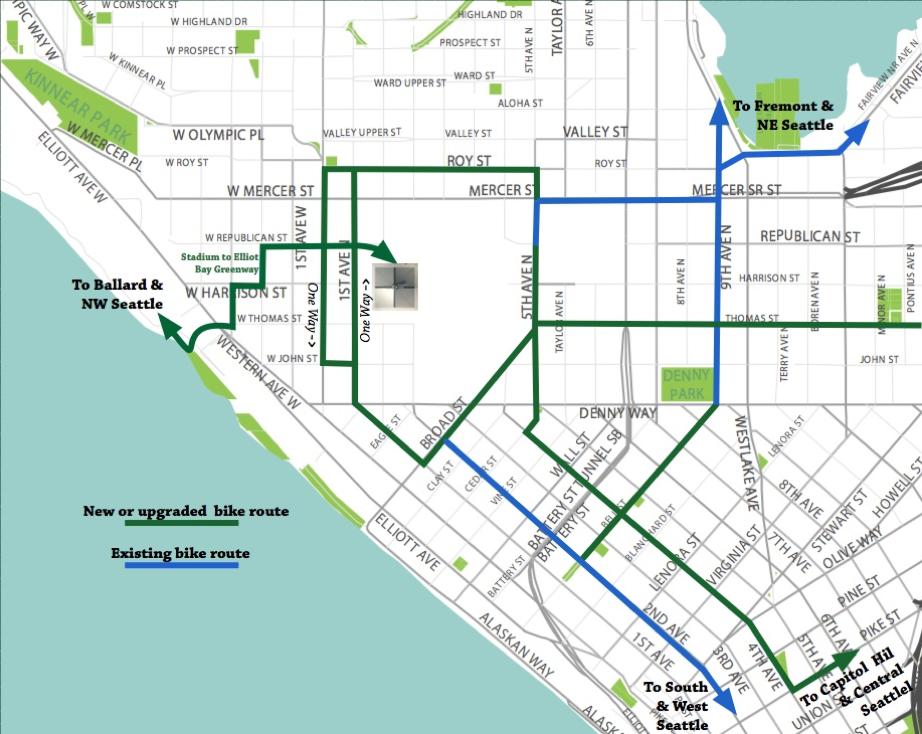 How can we make this map a reality?

There are two components to the Seattle Center arena project that bicycle and active transportation supporters will need to engage with.

First, the Environmental Impact Statement (EIS) process, which will determine traffic, safety and other environmental impacts and potential mitigation associated with the project site. Expect to see this unfold in the first half of 2018.

Second, a North Downtown Mobility Action Plan (NDMAP) that looks at how people get to, from and around the neighborhoods surrounding Seattle Center. Oak View Group, the developer for this project, has committed $40 million to fund the recommendations of the NDMAP planning effort (that's in addition to whatever it's required to do based on the EIS).

1. Attend this community workshop on Saturday, Nov. 18, and make sure your bicycle priorities are heard! 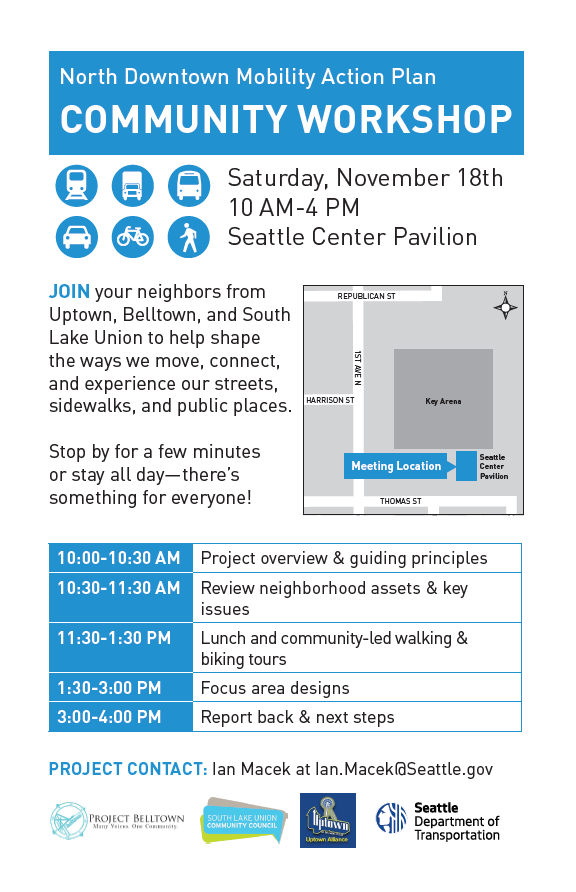 2. Sign on to the Basic Bike Network campaign, and get all the latest news, updates and action alerts!