Heads up Turkeys, Cranksgiving Seattle is Back! 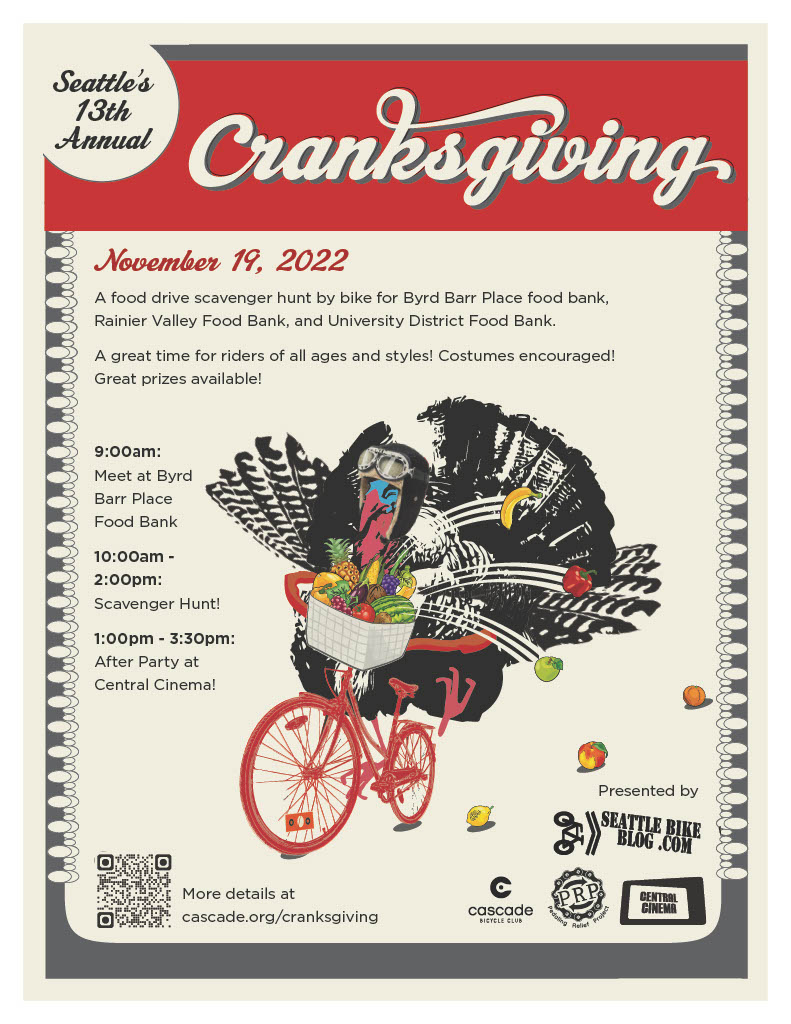 Watch out, turkeys: Cranksgiving Seattle returns on Nov. 19, giving people the chance to gobble up some miles by bike while gathering groceries for local food banks.

“Cranksgiving is basically a scavenger hunt by bicycle where you buy groceries and donate them to food banks,” says Seattle Bike Blog founder Tom Fucoloro, who has organized the event every year since 2010.

Started on the East Coast more than 20 years ago, Cranksgiving has grown into a Thanksgiving-season tradition in cities across the country. It’s an opportunity for people on bikes to join a pedal-powered food drive with their friends, families, and neighbors.

Cascade is partnering with Seattle Bike Blog and Bike Works this year in hopes of making it the biggest Cranksgiving ever. The event will begin and end at Byrd Barr Place food bank, and participants should bring $20 to buy food items to donate. Click here for details.

Maxwell Burton, Cascade’s volunteer and community engagement manager, praised Fucoloro for creating and sustaining Cranksgiving over the past 12 years, including through the last two pandemic years when health and safety considerations reduced the event’s size.

“Tom and his efforts to organize Cranksgiving for so many years was a big inspiration for me and for Cascade’s Pedaling Relief Project,” Burton says. “Participating in Cranksgiving helped us understand how bikes can be used to fight food insecurity in our community.”

Like the Turkey Trot running races that generate cash donations for food banks, Cranksgiving is another Thanksgiving tradition that gives outdoorsy folks the chance to give back while getting some exercise in a fun setting. 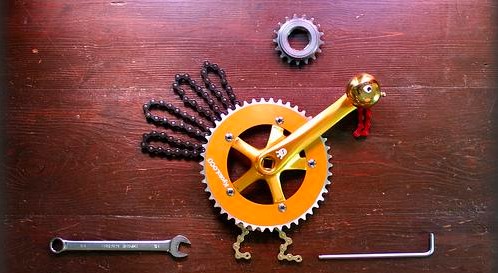 Here’s how it works:

After gathering at Byrd Barr Place, participants get a list of food items and a map of independently owned stores where they can buy the items. Riders then pedal to the University District food bank or Bike Works, which is collecting donations on behalf of the Rainier Valley food bank, stopping to buy items on the way and dropping them off at either location.

Participants then pedal back to Byrd Barr Place, stopping at more stores on the way back and donating the items at Byrd Barr. People can ride fast and compete to win by visiting the most stores, or they can go slowly and buy all the items at one store. Everyone who finishes is entered to win prizes, and Central Cinema will host an after-party.

Cranksgiving events will be held in more than 50 cities nationwide this year, according to Cranksgiving.org. If you live on the Olympic Peninsula, Sequim and Port Angeles are also holding Cranksgiving rides.

Click here for details of the Sequim event on Nov. 19, and here to join the Port Angeles Cranksgiving on Nov. 5. 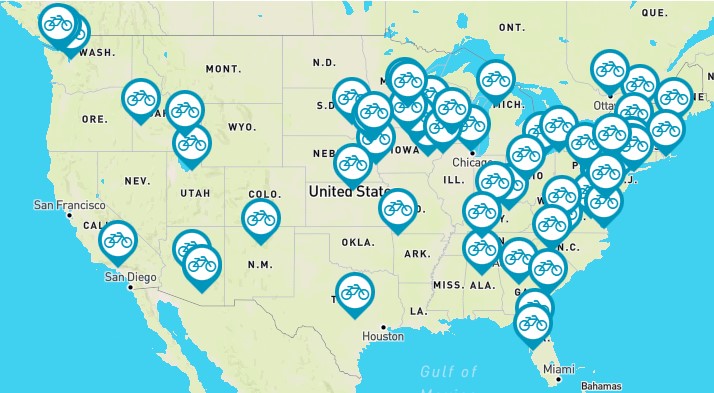 Cranksgiving is just one of the activities Cascade is helping organize during November Ride in the Rain month. Other opportunities to make the most of Seattle’s soggy fall weather include a bike lane cleanup, a hot cocoa ride, and bike wrenching classes.

People who ride bikes through the fall in Seattle become adept at safely riding through piles of wet and slimy leaves that gather in bike lanes and at roadsides. Tip: go straight and lay off the front brake.

“Before I moved here I had never ridden through so much slop,” says Jos Johnson, Cascade’s communications coordinator. “I would describe the consistency and color as boiled hot dogs that you’ve put in the blender and mixed with oatmeal.”

On Sunday, Nov. 6, from 11:30 a.m. to 4 p.m., Cascade is organizing a Seattle bike lane cleanup along Pike Street on Capitol Hill and Union Street in the Central District. Participants will meet at the Tailwind Cafe inside the Good Weather bike shop at 1424 11th Ave. Sign up and get more details here.

“We will have gloves and tools from the Northeast Seattle Tool Library for everyone to use,” Johnson says. “Bring a water bottle or insulated coffee mug to stay hydrated and caffeinated, plus a lock for your bike.”

Coffee, hot drinks, and snacks will be provided, and participants will gather for a social hour afterward at Tailwind Cafe (formerly known as Good Weather Cafe).

If you can’t attend Cranksgiving, Cascade’s Free Group Rides program is offering a cocoa ride and social hour on Nov. 19 from 3 to 5 p.m. The event is free and open to all. Participants will gather at Cascade HQ in Magnuson Park and go for a moderately paced no-drop ride, followed by cocoa, coffee, tea, and snacks.

It’s an opportunity to meet other riders and ride leaders, and get some inspiration to get outside and pedal during Seattle’s rainy season.

RSVP here so we know how many people to expect.

Register for the Chains and Derailleurs Class here, and the Women and Non-Binary Fix-a-Flat Class here.

Get Out and Ride in the Rain

With the right clothing, fenders, and gear, riding in the rain is a great way to stay active through the fall and beat the blahs. Read our story, Gear Tips for Riding in the Rain.

While we aren’t holding our Ride in the Rain Challenge this year, we hope these events provide plenty of opportunities for you to get out and pedal through Seattle’s soggy weather. Want to organize a Cranksgiving in your community? Go to Cranksgiving.org to add your event.

Don’t be a chicken, get out and ride during turkey season!