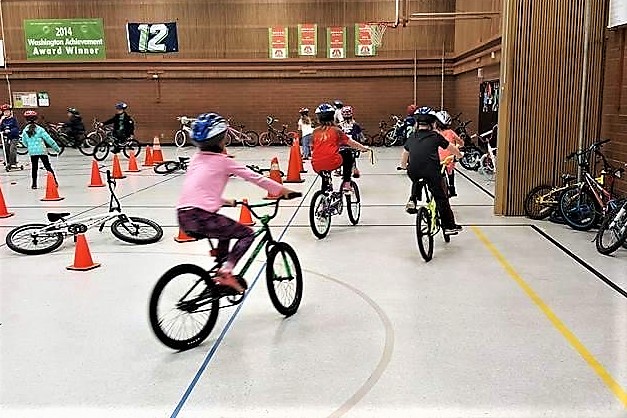 It’s back-to-school season, and for kids in the Edmonds School District that means it’s time to ride bikes.

About 5,000 elementary and middle school students will participate in the Let’s Go Edmonds bicycling curriculum during the 2022-23 school year. Only Seattle, which has upwards of 20,000 school kids participating in its Let’s Go curriculum, has a larger school-based bike education program.

“The kids are always excited for Let’s Go,” McCloughan says. “I have a brand new PE teacher, and he said the first thing the kids asked him was, ‘When do we get to ride the bikes?’”

“The kids really enjoy it, and they learn so much,” McCloughan adds. “Not just about how to ride a bike, but also how to safely ride on the road.” 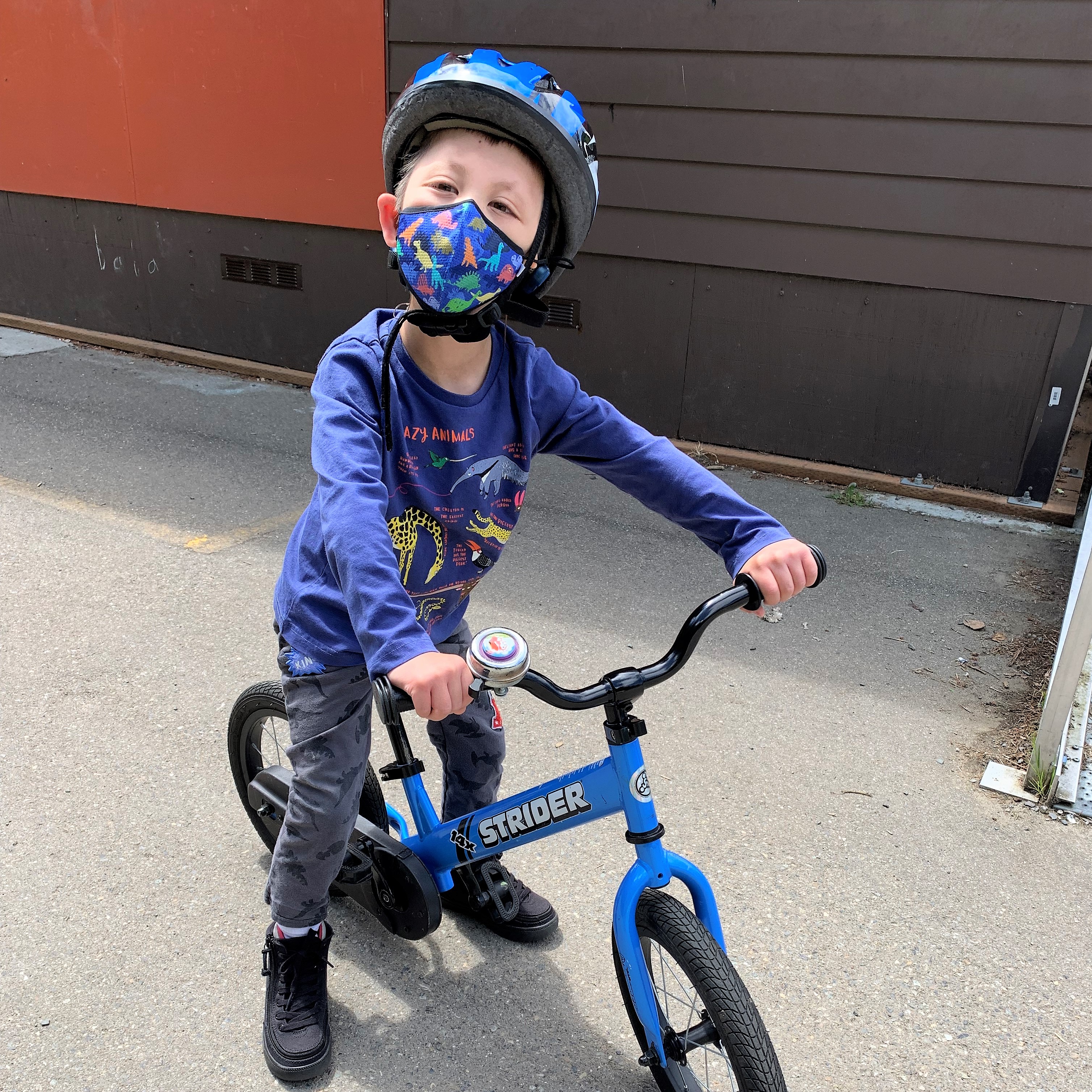 On Oct. 8, parents and community members can learn more about Let’s Go Edmonds during the season’s final Edmonds Summer Market. The Edmonds Bicycle Advocacy Group, known as EBAG, will have a booth at the street fair with kids’ bikes on display, plus giveaways and information for parents.

Cascade Bicycle Club provides and maintains the 93 bikes, plus the helmets and teaching materials, for Let’s Go Edmonds, which is taught by physical education teachers in the school district’s 21 elementary and four middle schools. 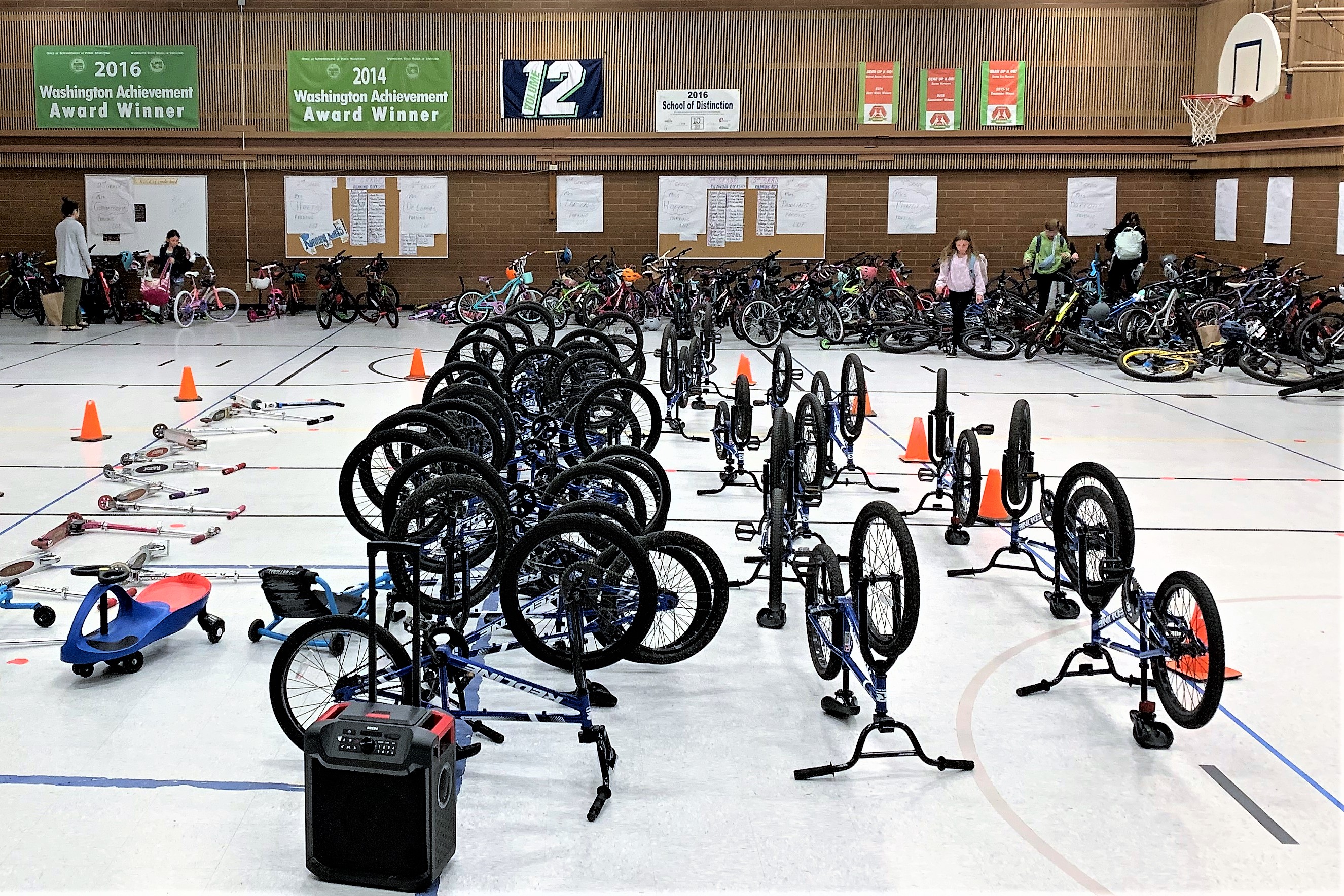 During the training Benaltabe and Mangan demonstrated the basics of helmet and bike fitting, as well as best practices for braking and shifting. Next, the PE teachers did some practice lessons in preparation for the school year.

McCloughan praised Cascade for its longtime support of Let’s Go Edmonds, and she heaped compliments on Benaltabe. “A.J. is a former teacher so he understands what teachers need and how crazy their schedules are. He does an incredible job, and we are so happy with this partnership.”

The next challenge for Edmonds is to make its streets safer so that students can use their newfound bike skills out in the community.

Edmonds has a growing network of bike routes and bike lanes, and the paved Interurban Trail is a short ride from downtown.

But like many communities, Edmonds has gaps in its bike infrastructure network. That’s where the Edmonds Bicycle Advocacy Group is pushing for change. The group works to build community support for more investments in bike infrastructure, and the organization is seeking more volunteers.

Hallson, a retiree and Cascade ride leader, still rides 4,000 miles per year at age 87. EBAG co-chair Margaret Elwood rides an electric bike after developing multiple sclerosis and is a supporter of ebikes. Read her story, “Grandma Rides an E-Bike,” on My Edmonds News.

Edmonds City Councilor Will Chen, who grew up using a bicycle as his primary means of transportation in China, says community support is crucial for improving the city’s bike infrastructure.

One of the highest-priority bike infrastructure projects according to Chen and Elwood is a safer bike crossing of SR 104, which severs the Interurban Trail and forces people on bikes to pass through a sketchy intersection. Elwood describes the difficulty of pedaling through this intersection in her My Edmonds News story:

“The Interurban Trail puts cyclists into a bike lane on 76th going up a steep hill. Then just before the intersection with SR 104, the bike lane disappears!” she writes.

While riding home to Seattle from Edmonds after interviewing Hallson and Elwood, I pedaled through this intersection and can confirm that it stinks. 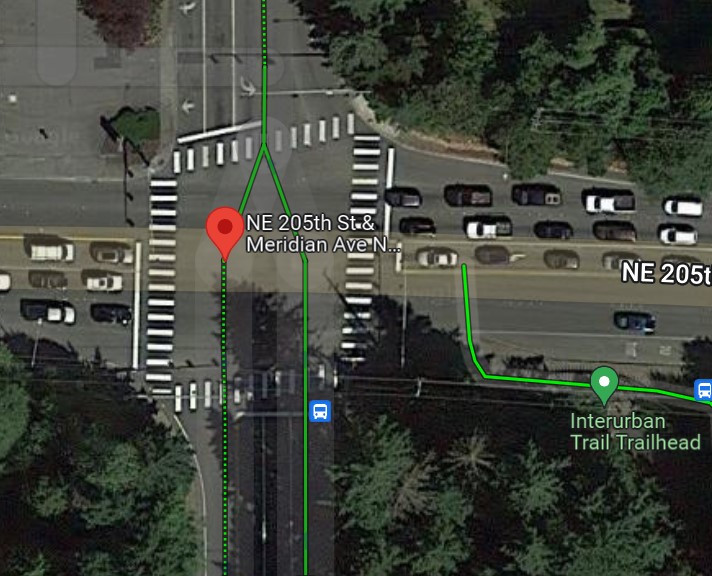 People on bikes who hit a red light at this intersection while heading southbound on the Interurban Trail must either ride onto the sidewalk to get out of the right turning lane, or they must block right-turning traffic while waiting for the green light. When the light turns green, riders must quickly resume pedaling uphill from a complete stop as cars wait behind.

This poorly designed intersection is the type of bike infrastructure gap that Cascade and bike advocates hope to close in future years with funding from the Move Ahead Washington transportation package.

Looking for a safe space to ride with kids? Elwood recommends the mile or so of Interurban Trail that runs along the west side of Lake Ballinger, as well as the wide trail that runs up to the Community Center near Ballinger Park.

“The Edmonds bike infrastructure is improving but we need more of it,” Elwood says. 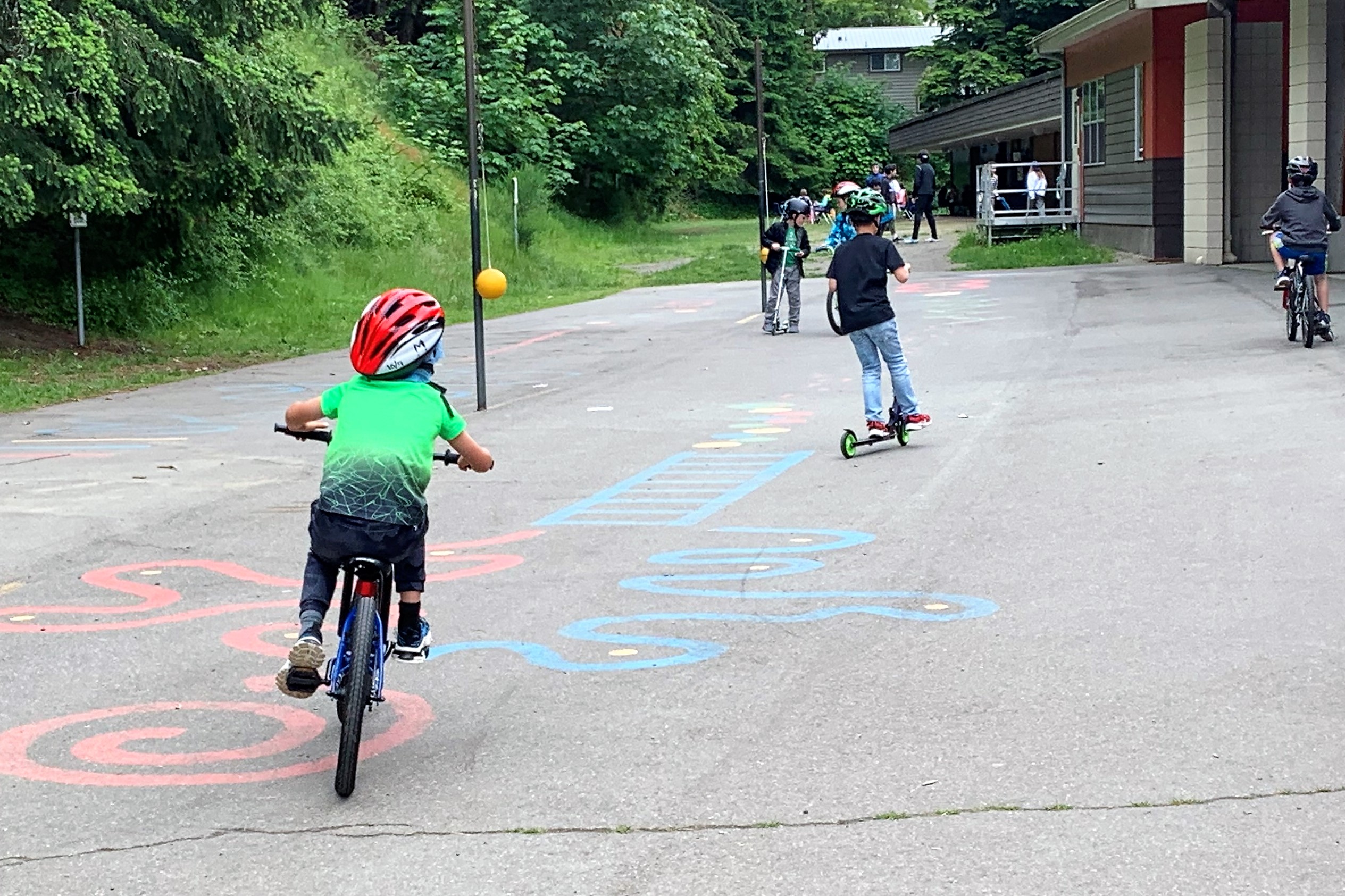