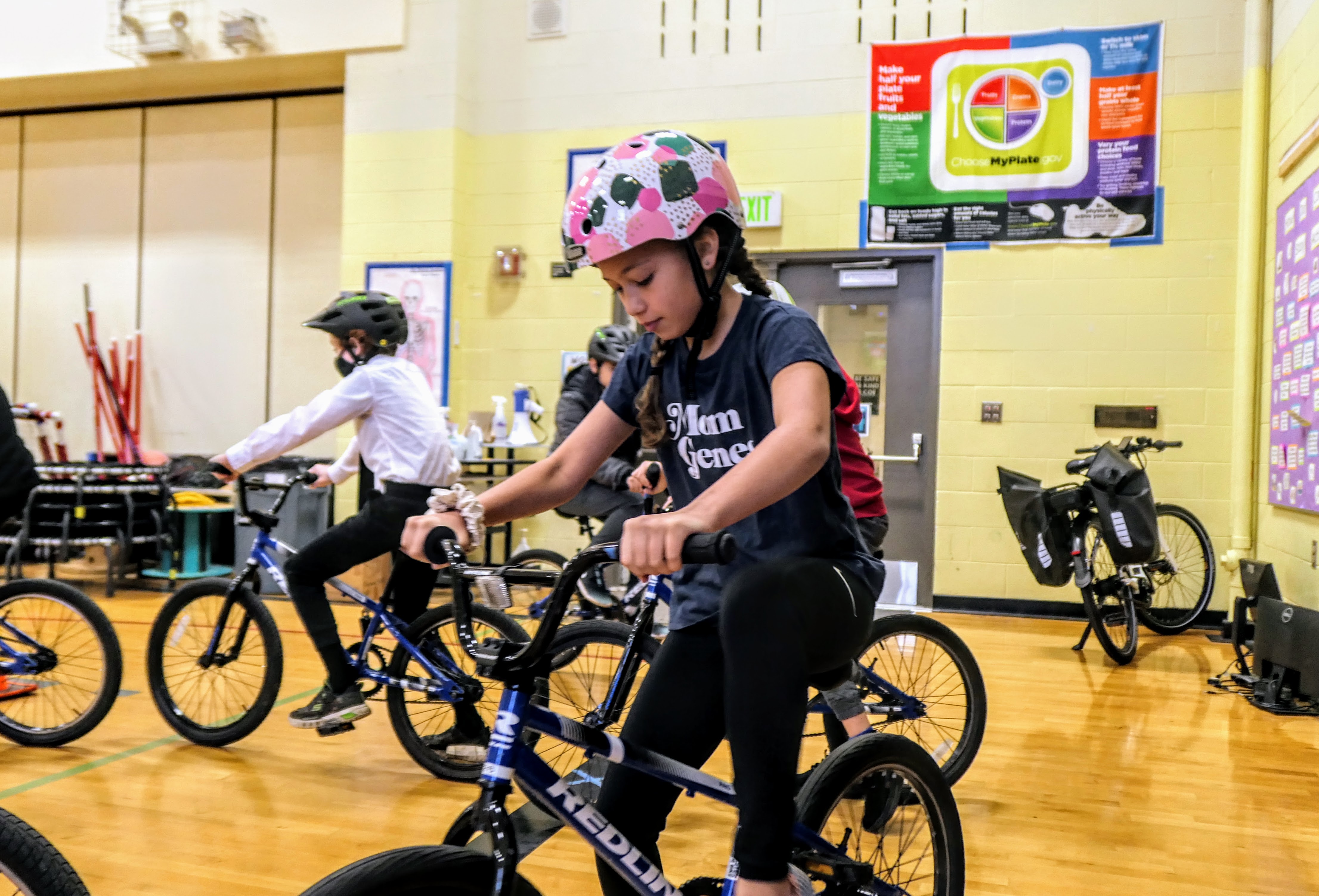 Alongside their books, computers, pencils, and homework, all Seattle schoolchildren will soon be offered access to another important educational tool for promoting a healthy and happy life: bicycles.

Seattle Public Schools, which has offered Let's Go bike education to elementary school students in partnership with Cascade since 2015, is now expanding its bicycling curriculum to include kindergartens and middle schools.

The expansion makes Seattle a national leader in school-based bike education programming--and offers a lesson for educators across the country about how to incorporate bicycling and pedestrian safety into public school curriculums.

The Let's Go bike education for elementary and middle school students comes thanks to a partnership between Cascade and the City of Seattle. The Seattle Department of Transportation (SDOT) provides funding for Let’s Go and Let’s Go Further to Seattle Public Schools, which contracts with Cascade to provide the bikes, helmets, teacher training, and all the necessary Let’s Go materials. Read our press release about the Let's Go partnership and the $2.1 million in funding from SDOT.

We recently visited a Let’s Go class at Seattle’s Coe Elementary School to film a video that will be shown at Cascade’s upcoming Bike Everywhere Breakfast. Seeing the kids on bikes was so fun that we decided to give you a sneak peak at some photos as we celebrate the return of Seattle’s Let’s Go program with the return of children to schools. 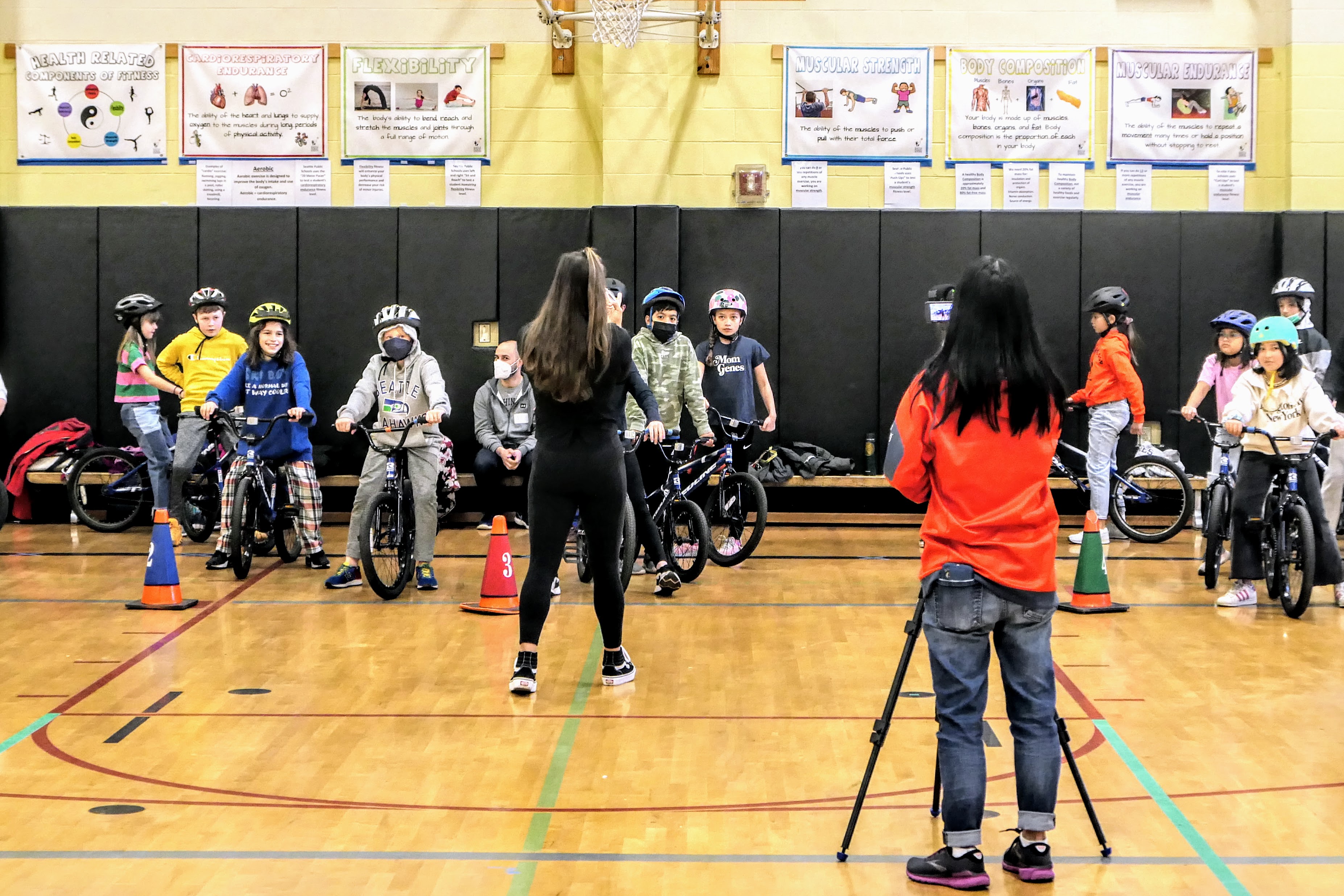 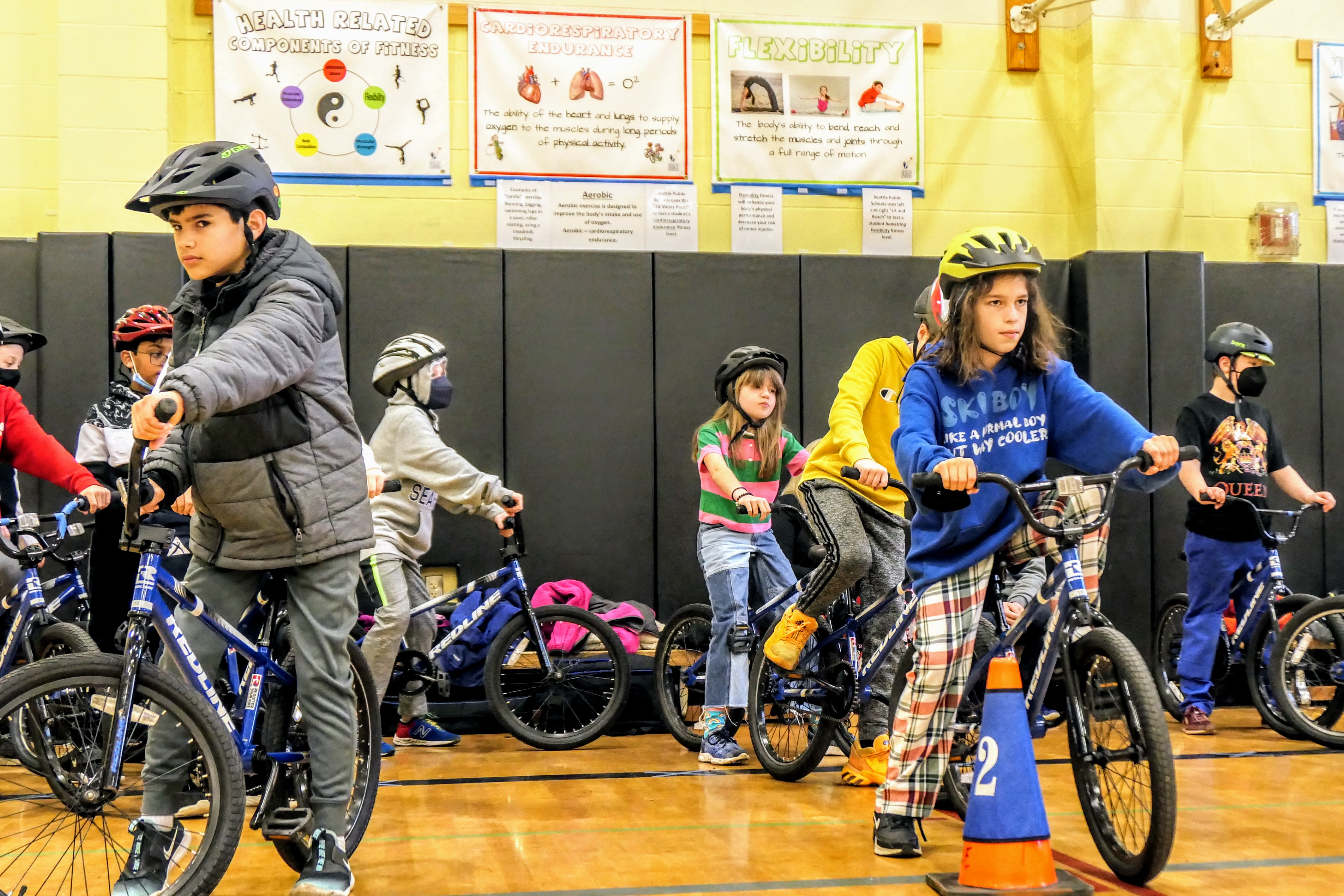 It was “dress like a movie character” day at Coe, and the students wore costumes representing everyone from James Bond to Harry Potter. Inside the gymnasium, Physical Education Teacher Maria Volk set up orange cones and instructed students in a variety of skills. The kids practiced hand signals and did a slow-riding drill to work on their balance as Volk offered tips and encouragement. 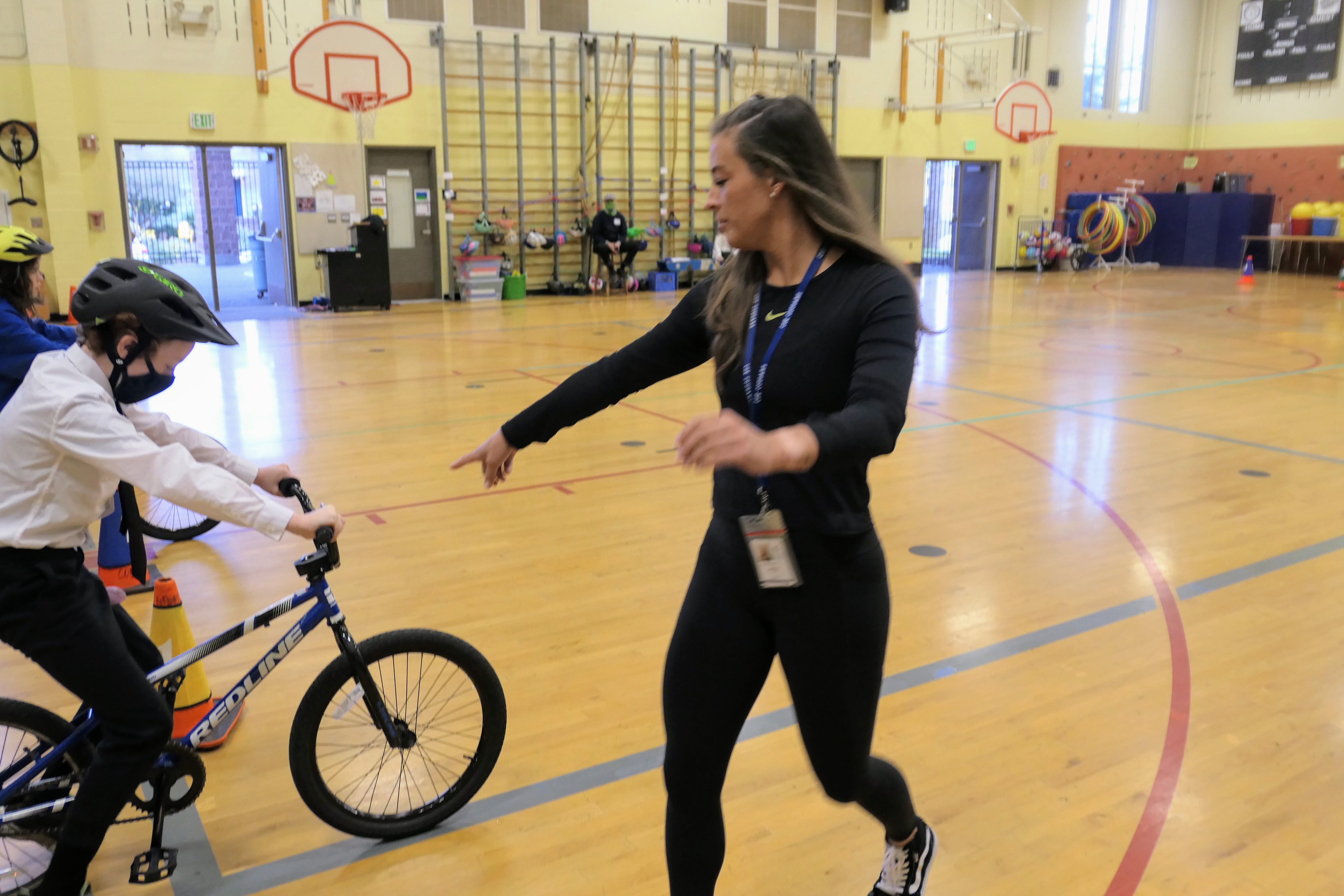 After about 30 minutes of practice in the gym, Volk opened the doors to the outside and her students pedaled out of the gym and into the fresh air and partly sunny skies. This is when it really got fun, as the students took multiple laps around the school on sidewalks and through the playground.

Some showed off by going fast while others were more cautious. Watching the students ride confidently while using their hand and voice signals, all while pedaling the Redline bikes supplied by Cascade supporter Alta Cycling, brought home how impactful Let’s Go is to kids and the future of bicycling. 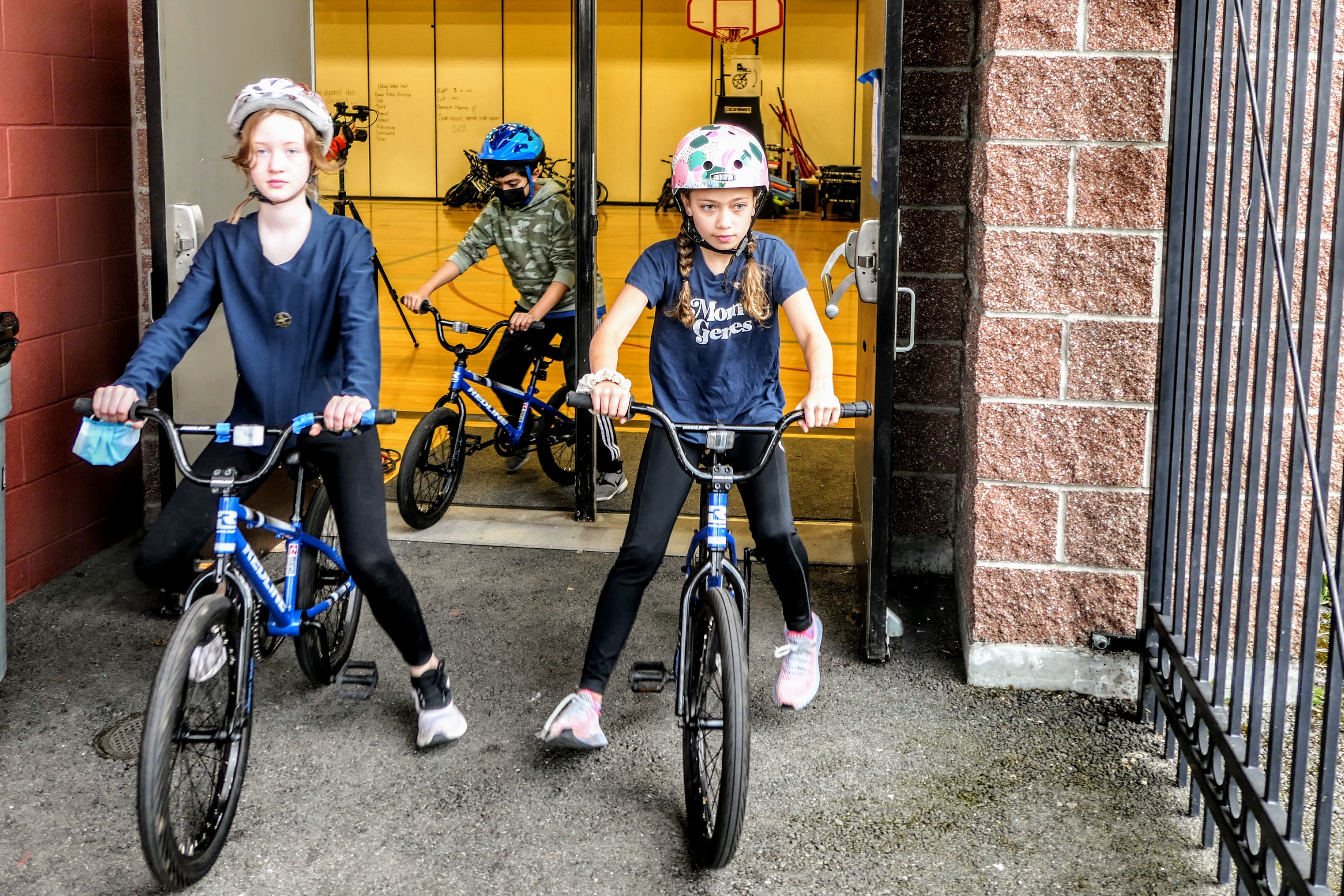 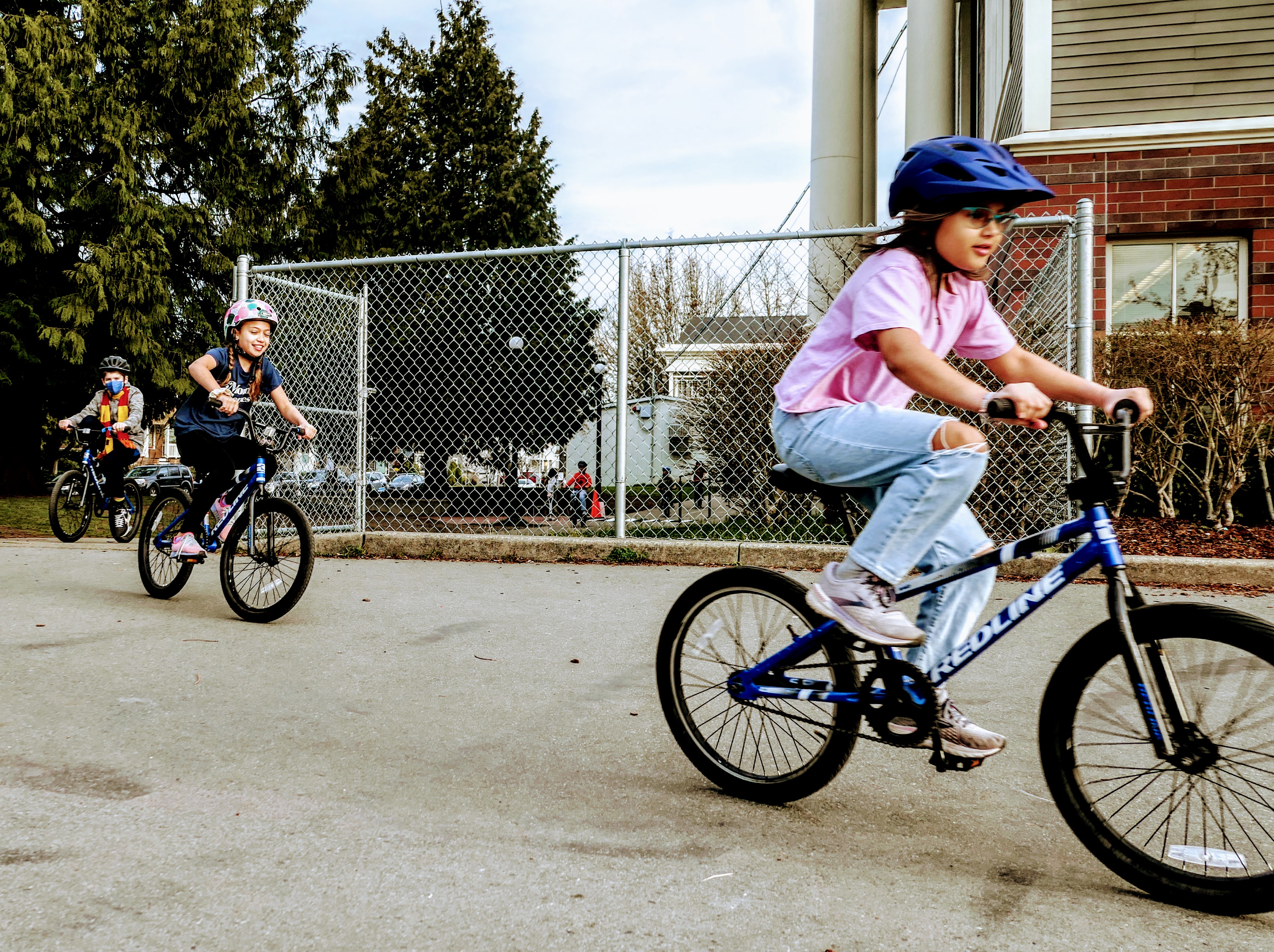 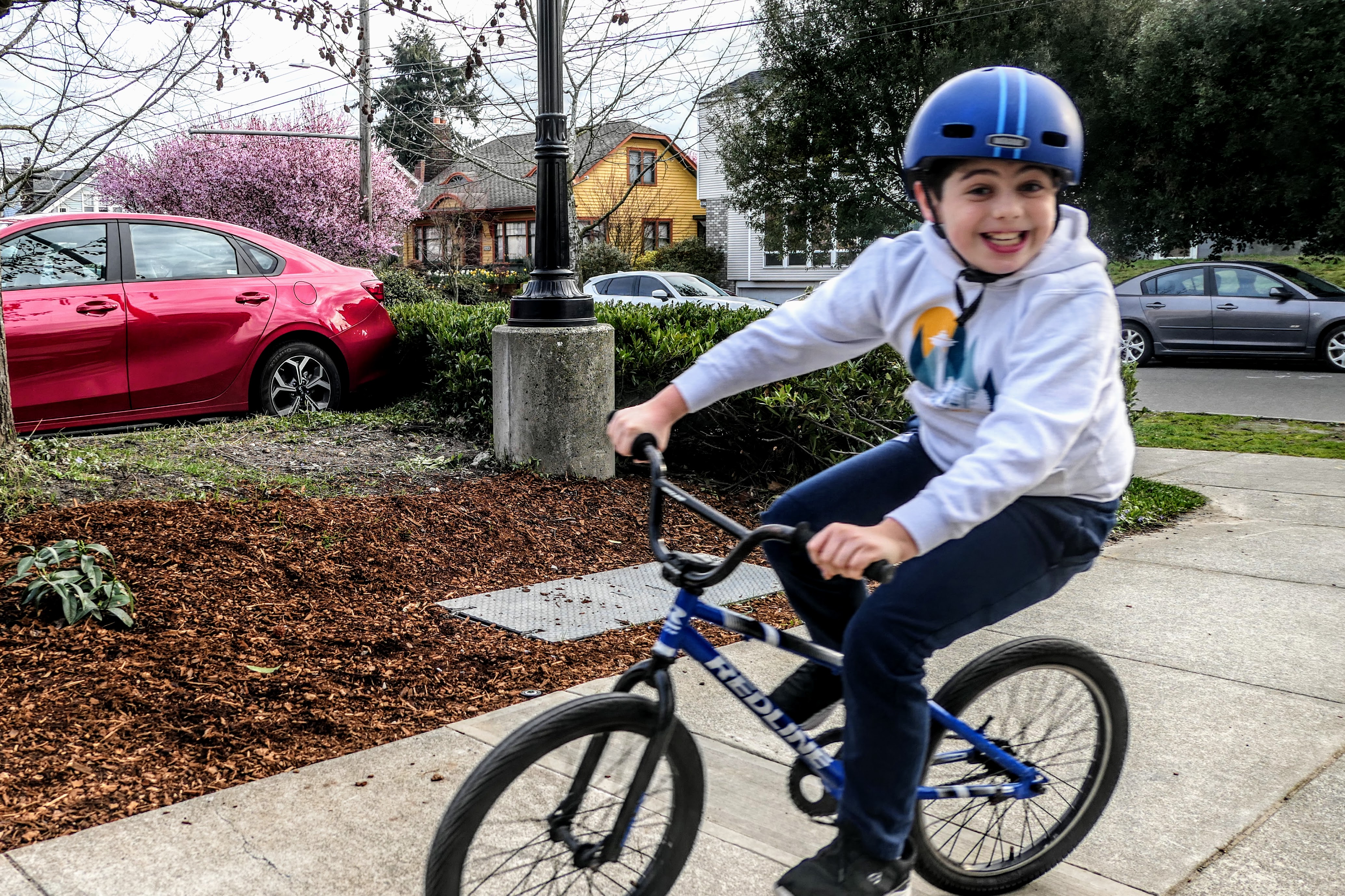 Let’s Go resumed in November following a 19-month pause due to COVID-19. The program’s return to Seattle elementary schools provided a “huge morale boost” for students, parents, teachers, and everyone in the Cascade family, says Education Director Stephen Rowley.

Let’s Go is an expansive program that currently reaches about 15,000 students in all 73 Seattle elementary schools. Cascade provides the bicycles, helmets, and teaching materials to physical education teachers who then do the actual instruction by following a standard curriculum provided by Cascade.

Now, Let’s Go is getting even bigger by expanding into Seattle middle schools under the name of Let’s Go Further. In late April and May, Cascade kicks off the middle school expansion at the Aki Kurose and Hamilton International middle schools.

Seven more middle schools will join the program during the 2022-23 school year, and by 2024 all 22 Seattle middle schools are expected to be participating in Let’s Go Further. At that point, nearly 25,000 Seattle elementary and middle school students will receive bike and pedestrian safety education via Cascade.

“It’s very exciting,” says AJ Benaltabe, Cascade’s Let’s Go program manager. “Learning how to get to and from school by bike is a very impactful skill to learn at a young age. As a father myself, it’s highly rewarding to help these students begin what we hope will be a lifelong journey on bicycles.”

This school-based bike education between Cascade, SDOT, and SPS provides a model for cities and bike nonprofits across the nation. Seattle has offered the Let’s Go curriculum to elementary school students since 2015. In 2019, prior to the pandemic, more than 20,000 students across four regional school districts participated. The program went virtual via YouTube in 2020 due to COVID-19, and Let’s Go is now back in action with the return of in-person learning.

In addition to Seattle, Cascade provides bicycles and teaching and training materials to all elementary and middle schools in Edmonds. The Let’s Go Edmonds program reaches about 5,000 students annually. In future years, Cascade hopes to expand Let’s Go and similar school-based programs to schools across the state.

Now, the Seattle Public Schools system is showing its national leadership in bicycling education by rolling out a kindergarten program.

Seattle Public Schools just launched the first All Kids Bike Kindergartener PE Program at South Shore K-8. More Seattle kindergartens will join the program in coming years, with the goal of providing all kindergarten students with the skills and knowledge to begin riding and walking safely.

While Cascade does not deliver the kindergarten programming, we are excited to see this program roll out in Washington because it will advance children’s bike skills and magnify the impact of Let’s Go and Let’s Go Further.

“Teaching bike skills at a young age shows students that there are healthy and fun and active ways to commute and get around, which will help them become multi-modal travelers who walk, bike, and use mass transit in the future and throughout their lives,” Benaltabe says. “In addition to the health benefits of bicycling, we hope this helps lead to a cleaner and more sustainable future where bicycles are a primary tool for transportation.”

Check out all the photos below! 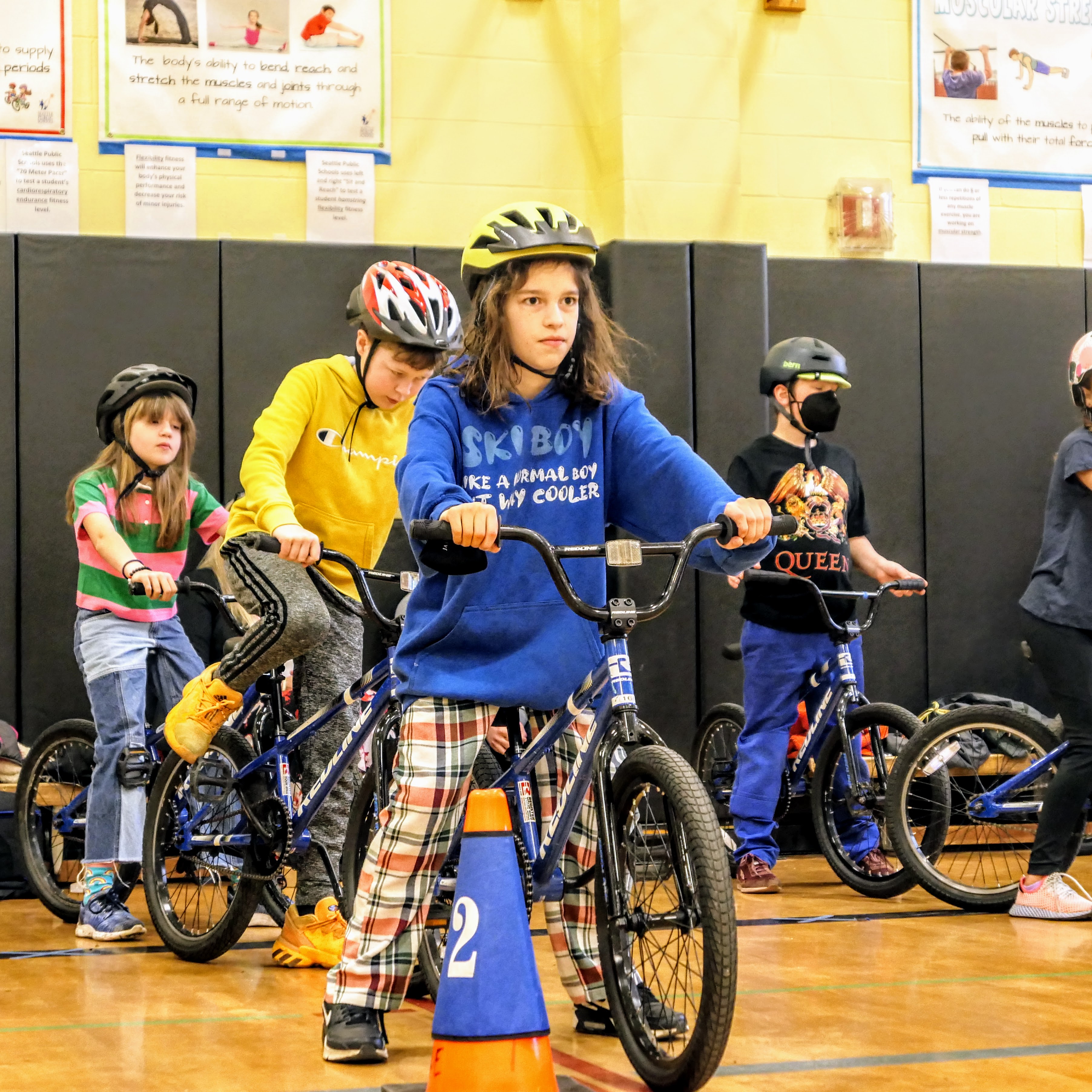 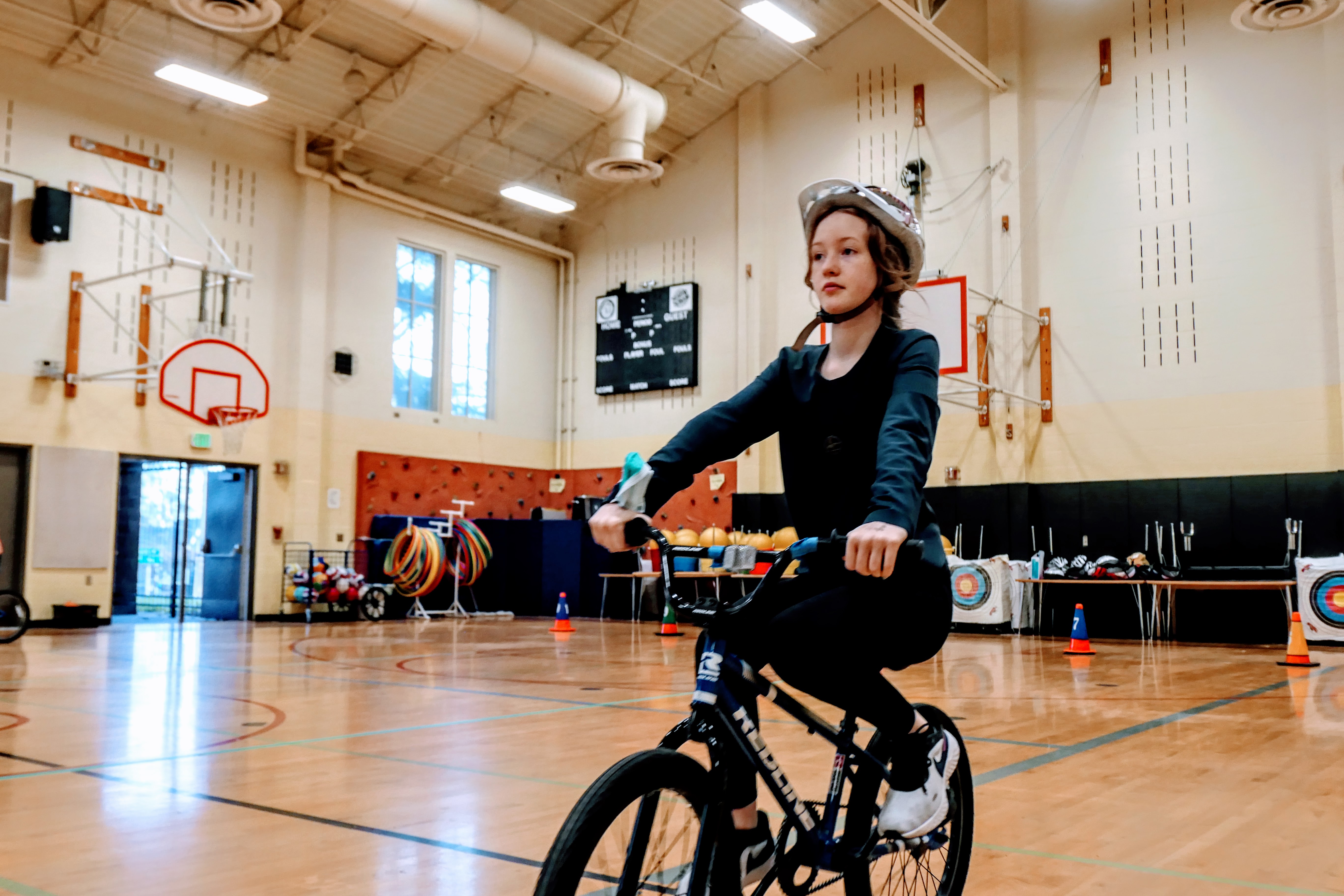 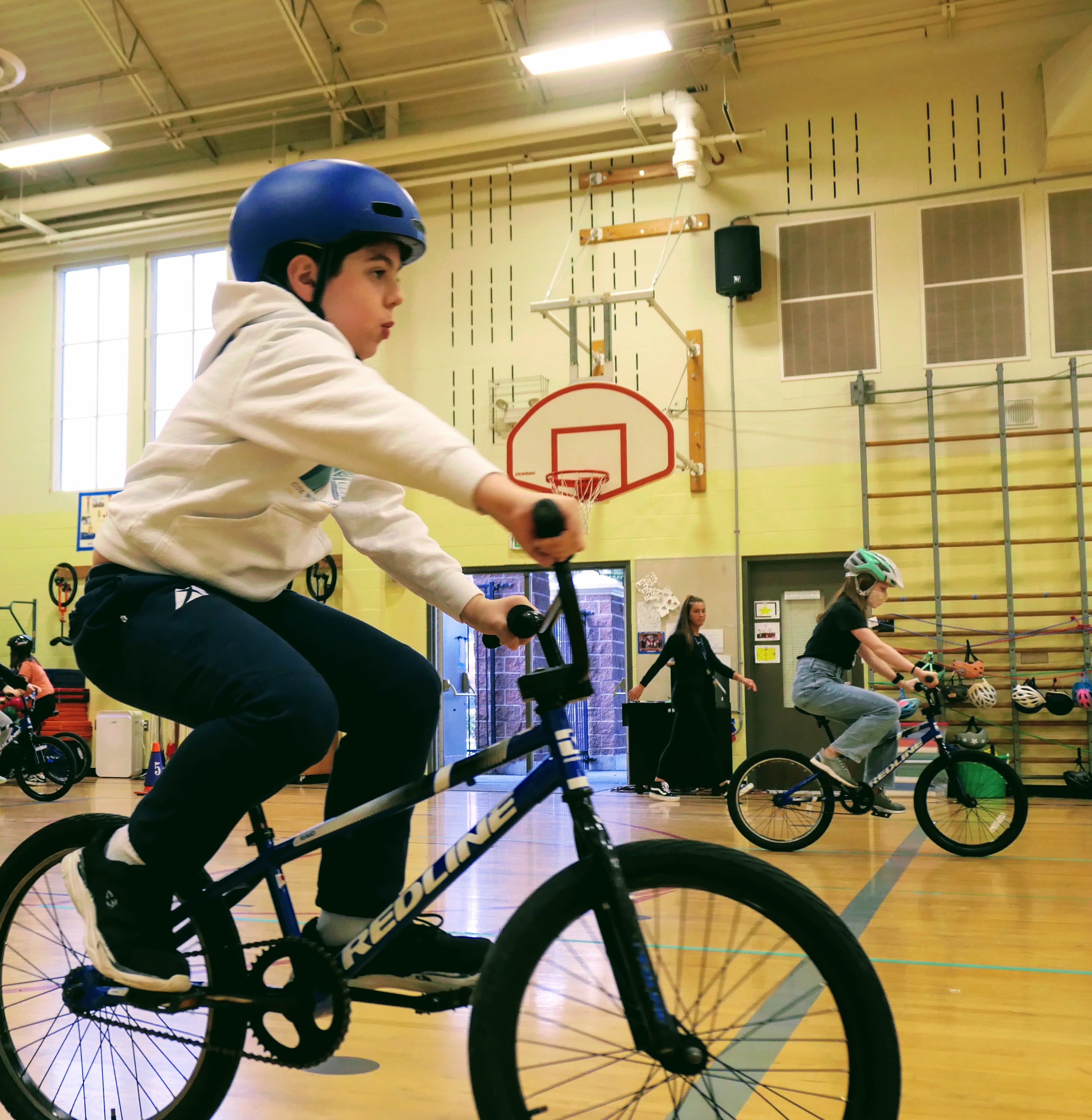 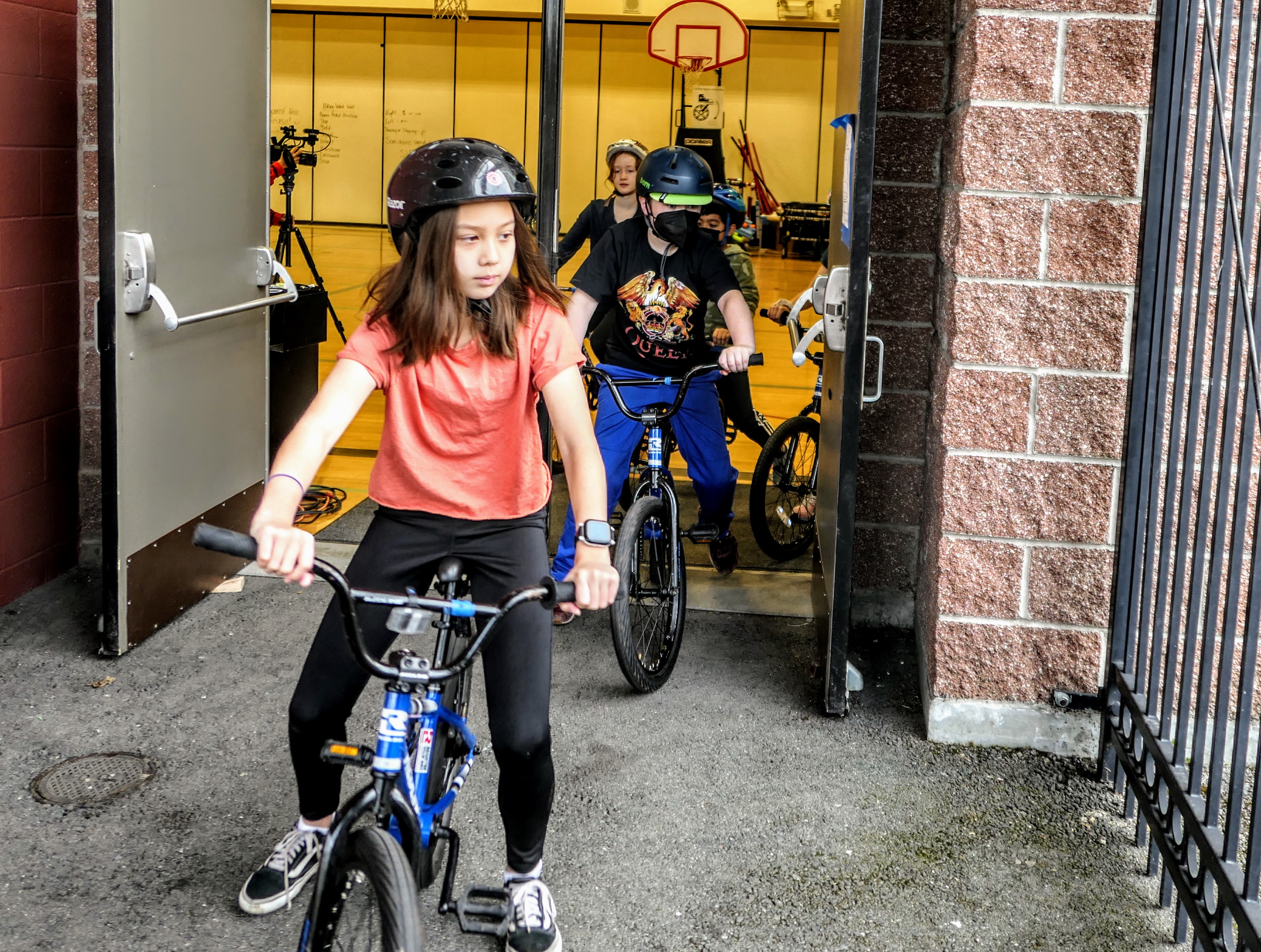 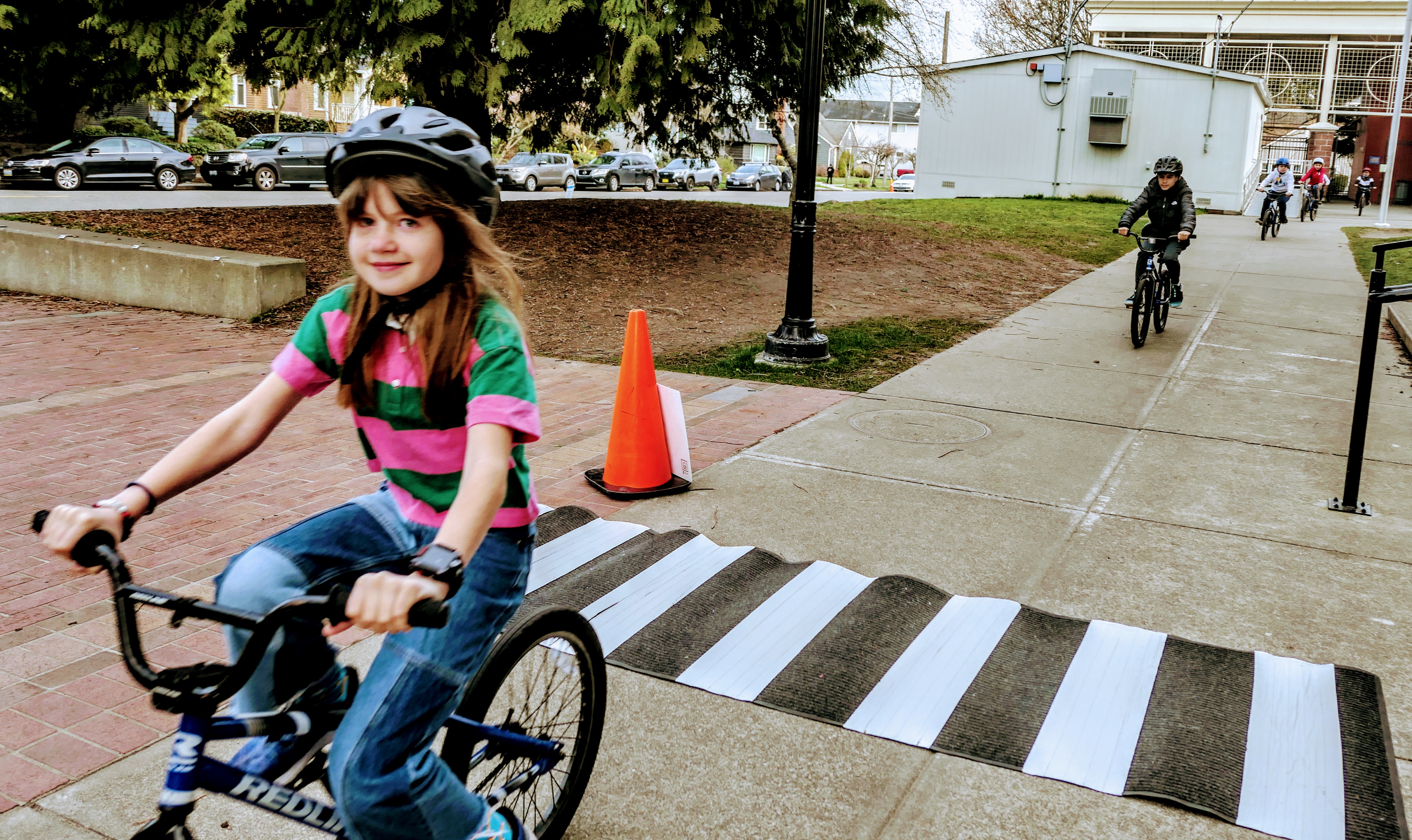 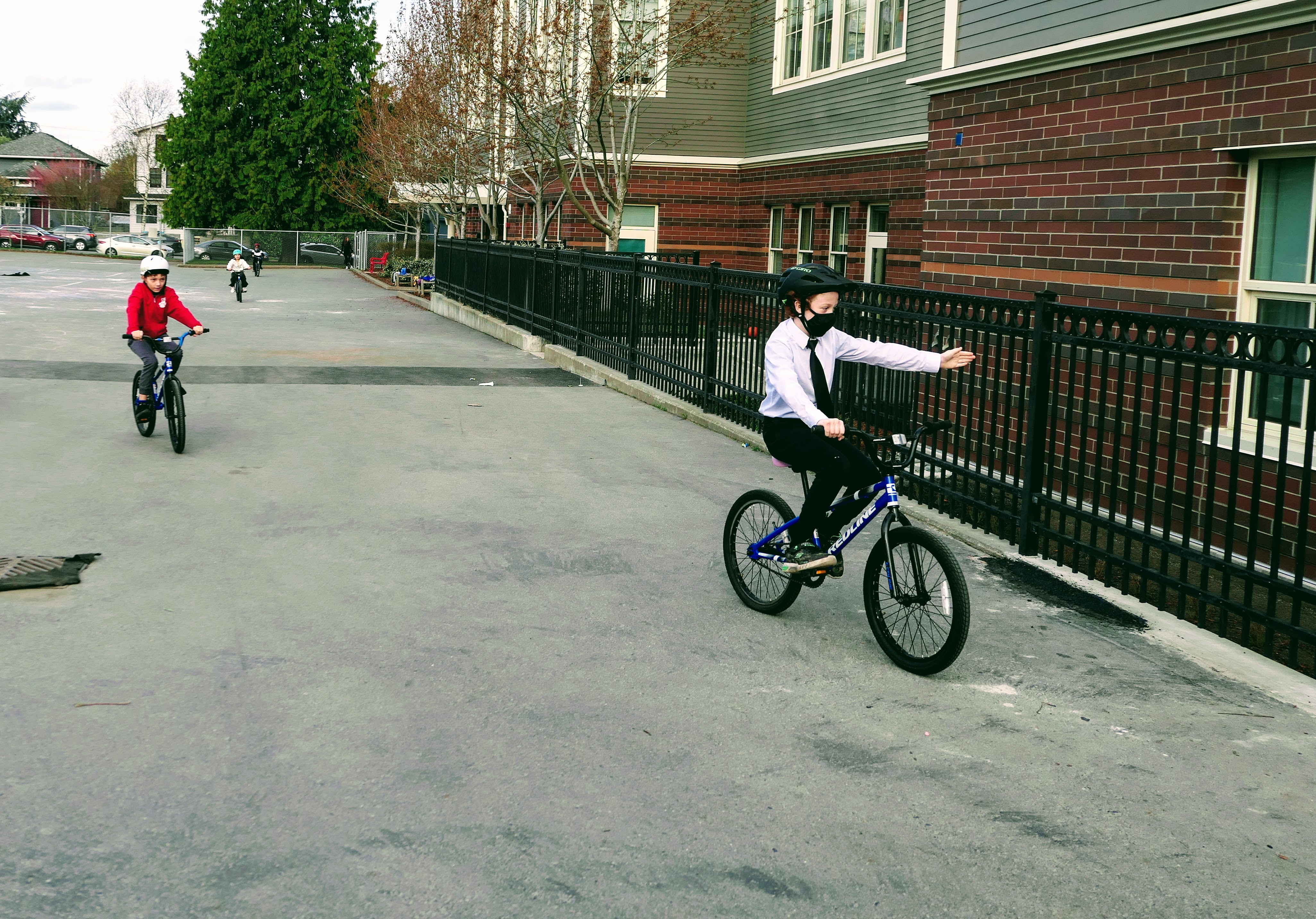 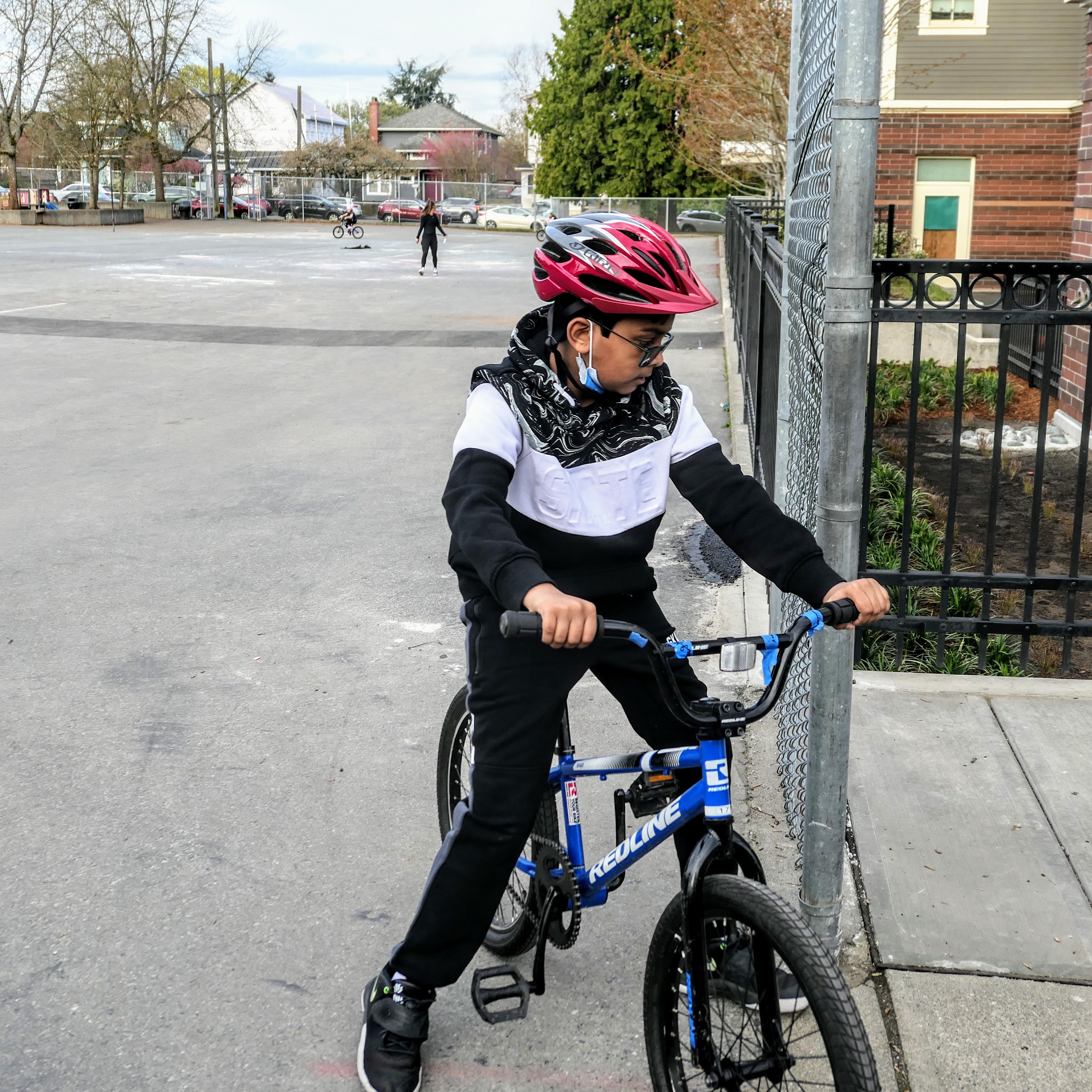 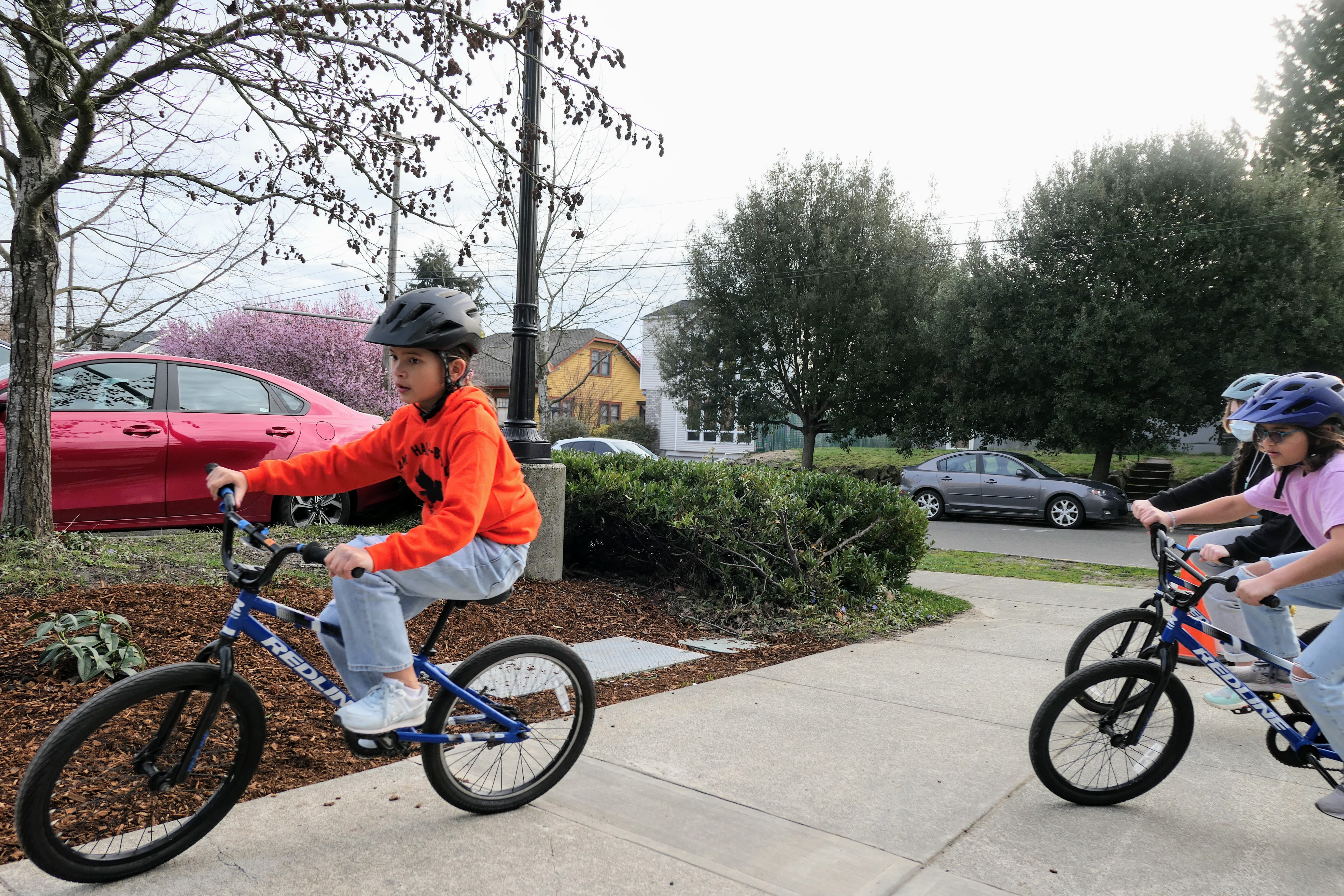 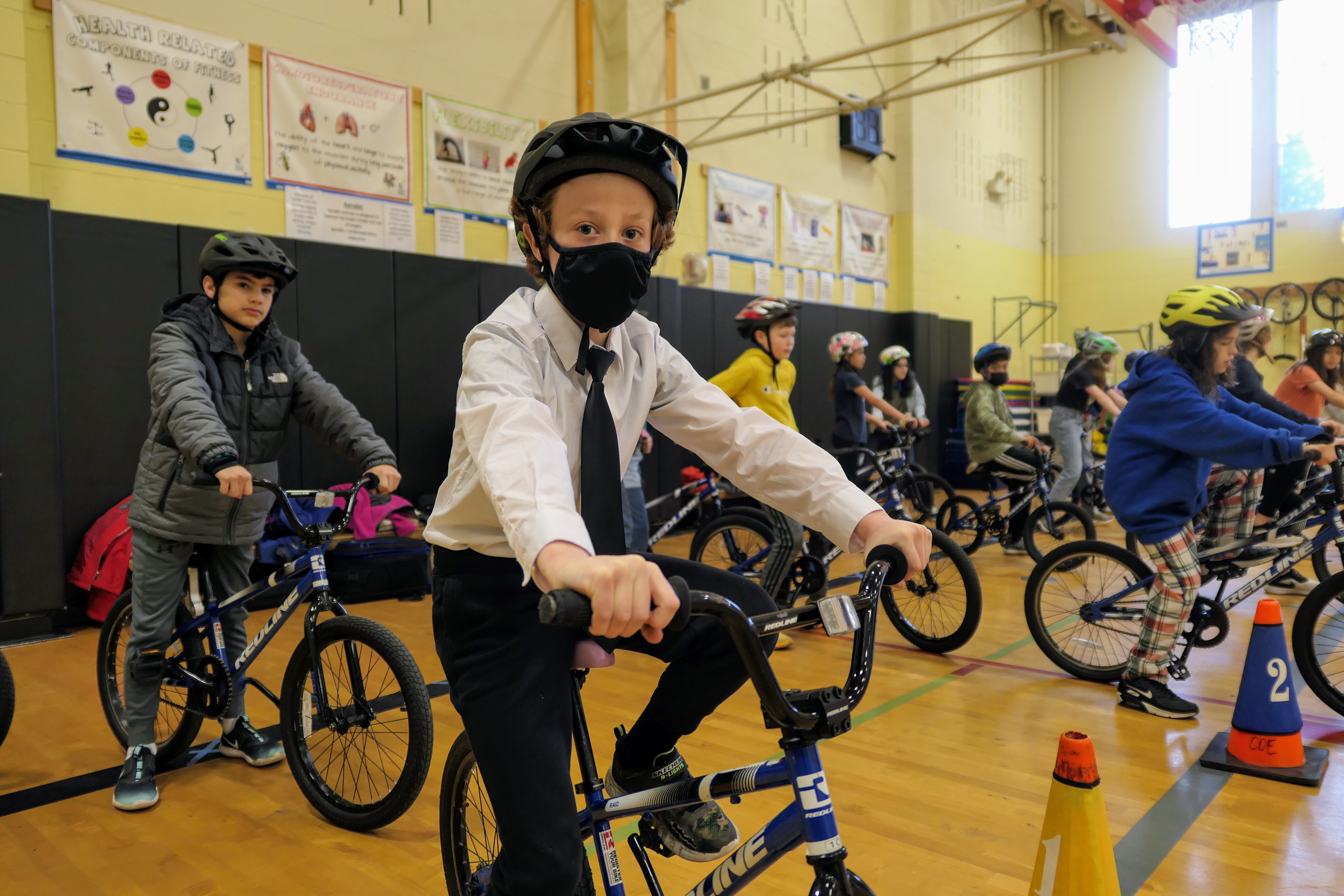 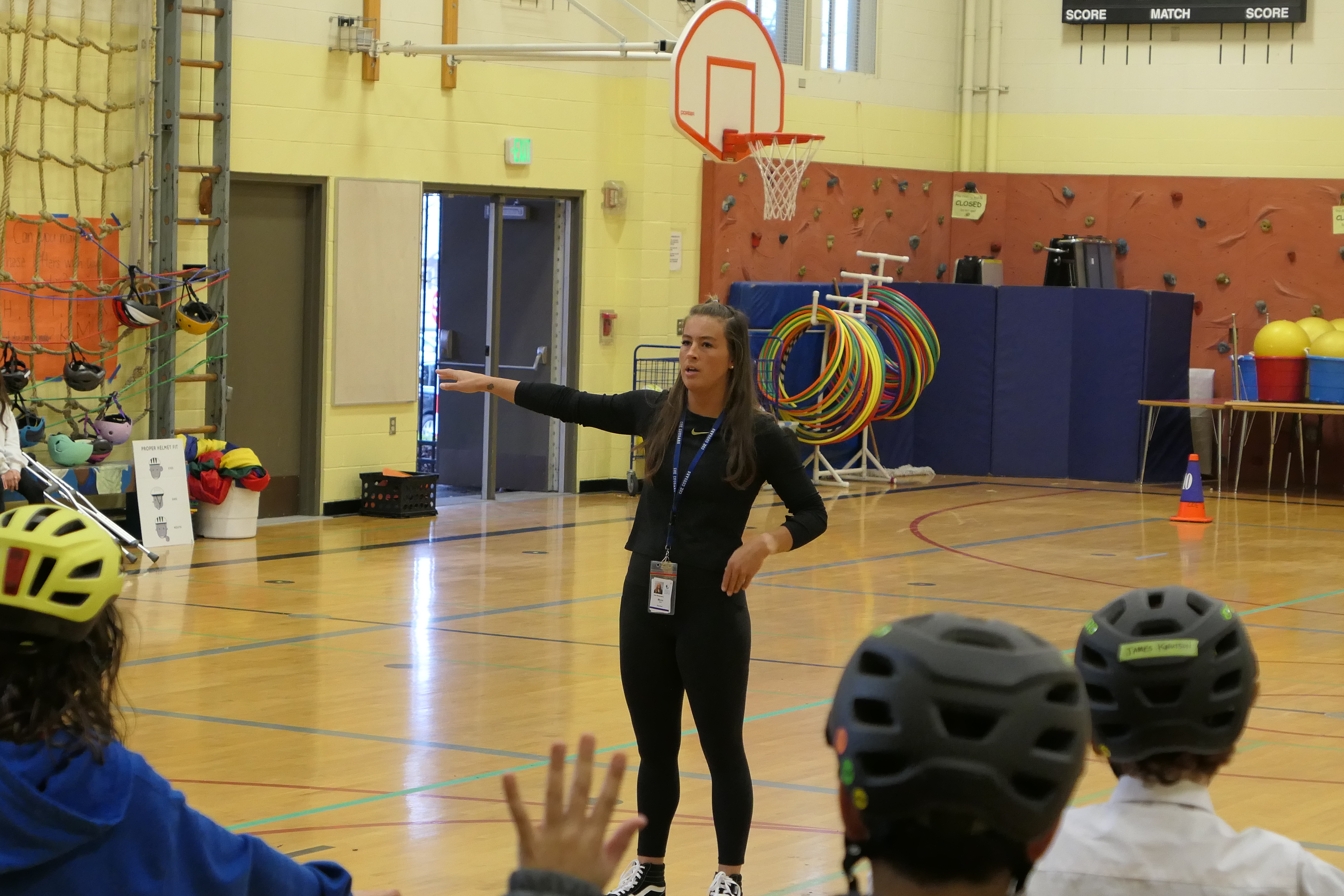 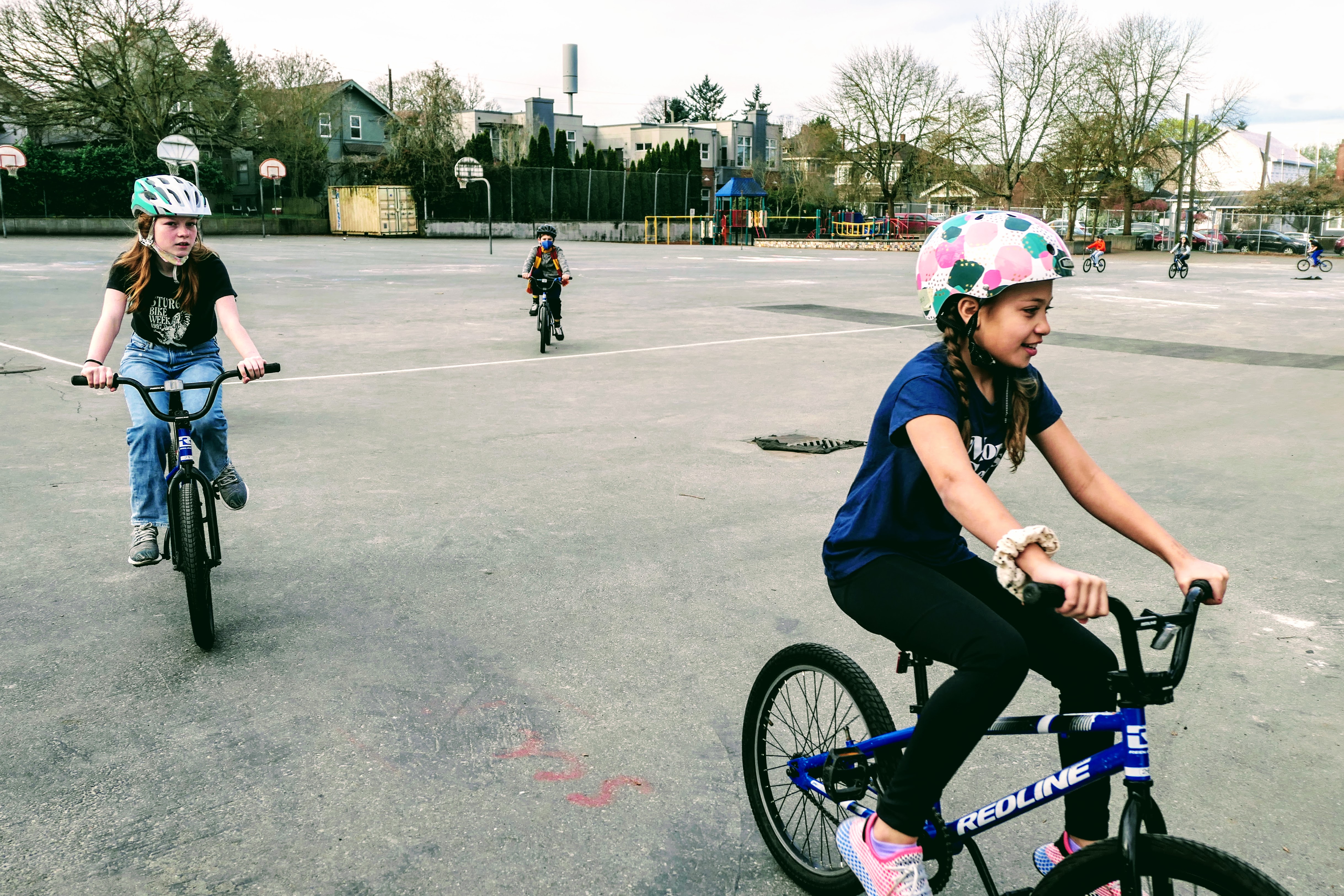