On a windy spring day in Eastern Washington, I joined a giddy group of people riding bikes and horses and hiking across the Beverly Bridge.

The bridge's opening on April 8 is a milestone achievement in the development of the 289-mile Palouse to Cascades State Park Trail that spans from Cedar Falls on the eastern slope of the Cascades to the border of Idaho. Washington Bikes, the sister organization of Cascade Bicycle Club, was instrumental in securing funding from legislators in Olympia to complete the bridge project. The bridge allows trail riders to cross 70 feet above the Columbia River. 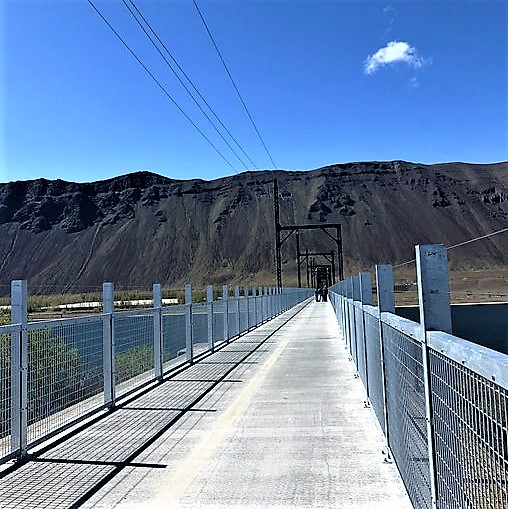 Biking across the bridge with the Washington Bikes policy team, the wind whipping my hair beneath my helmet, felt like a movie scene. Desert cliffs and deep blue water filled my vision as I pedaled over the epic, 3,000-foot long bridge while the Columbia River flowed far below. A celebration awaited us at the south end of the bridge, where marching bands, politicians, and trail enthusiasts mingled. 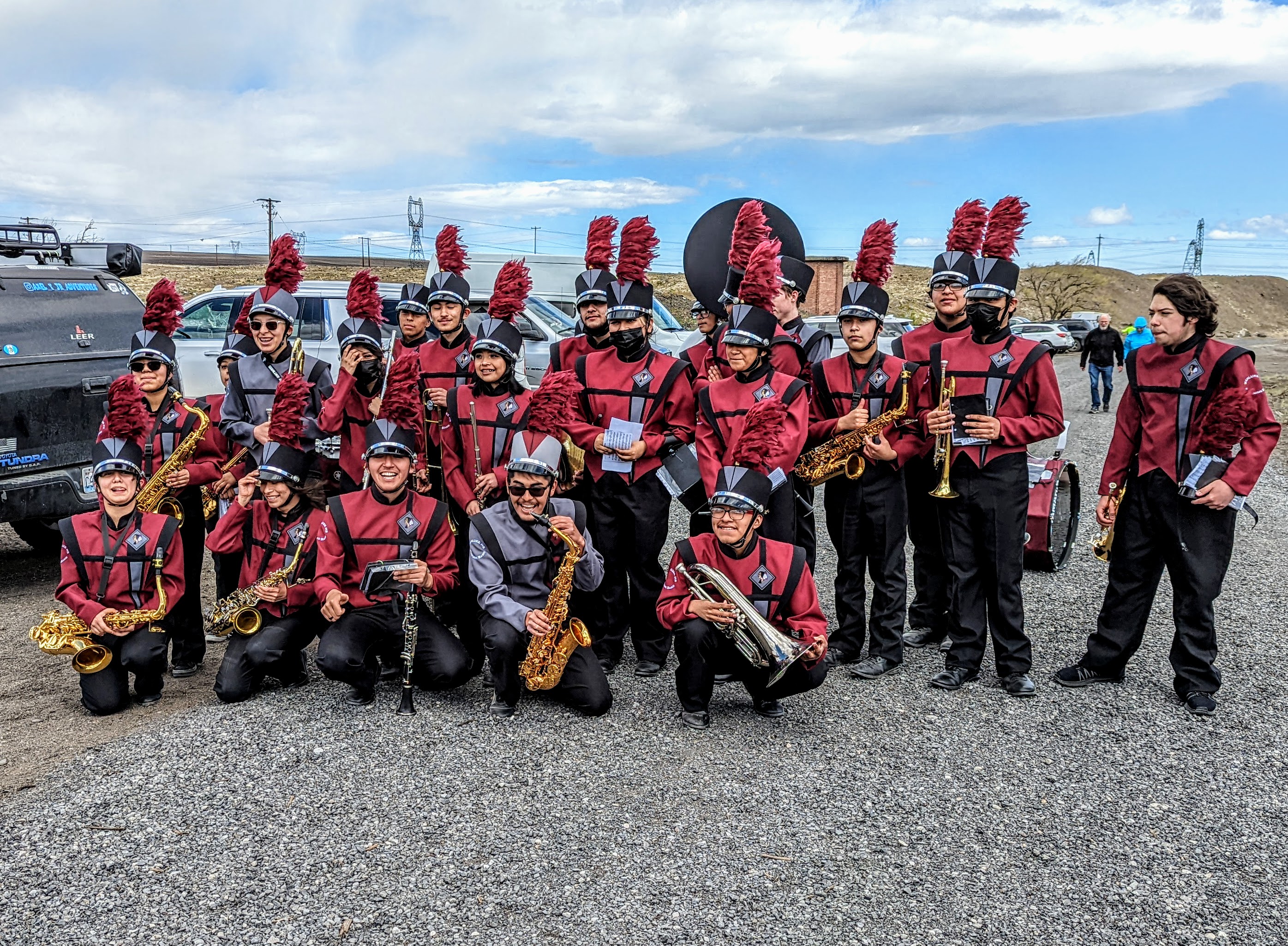 Thanks to the dozens of organizations and committed citizens that worked tirelessly to fund and complete the trail, the Great American Rail-Trail that spans from Washington, D.C., to Washington state is now 53 percent complete, according to Rails-to-Trails Conservancy Project Manager Kevin Belanger.

A dozen speakers  shared their contributions to the trail, including the Buck family, members of the Wanapum Tribe, whose ancestral home includes the riverbanks from Beverly to Pasco. “This is an old trail for our ancestors. It was built and widened for the wagons,” Johnny Buck said. “The opening of this trail connects us all now as one people. This bridge can help us cultivate relationships, grow our economies, and re-invest in our ancestral trails.” 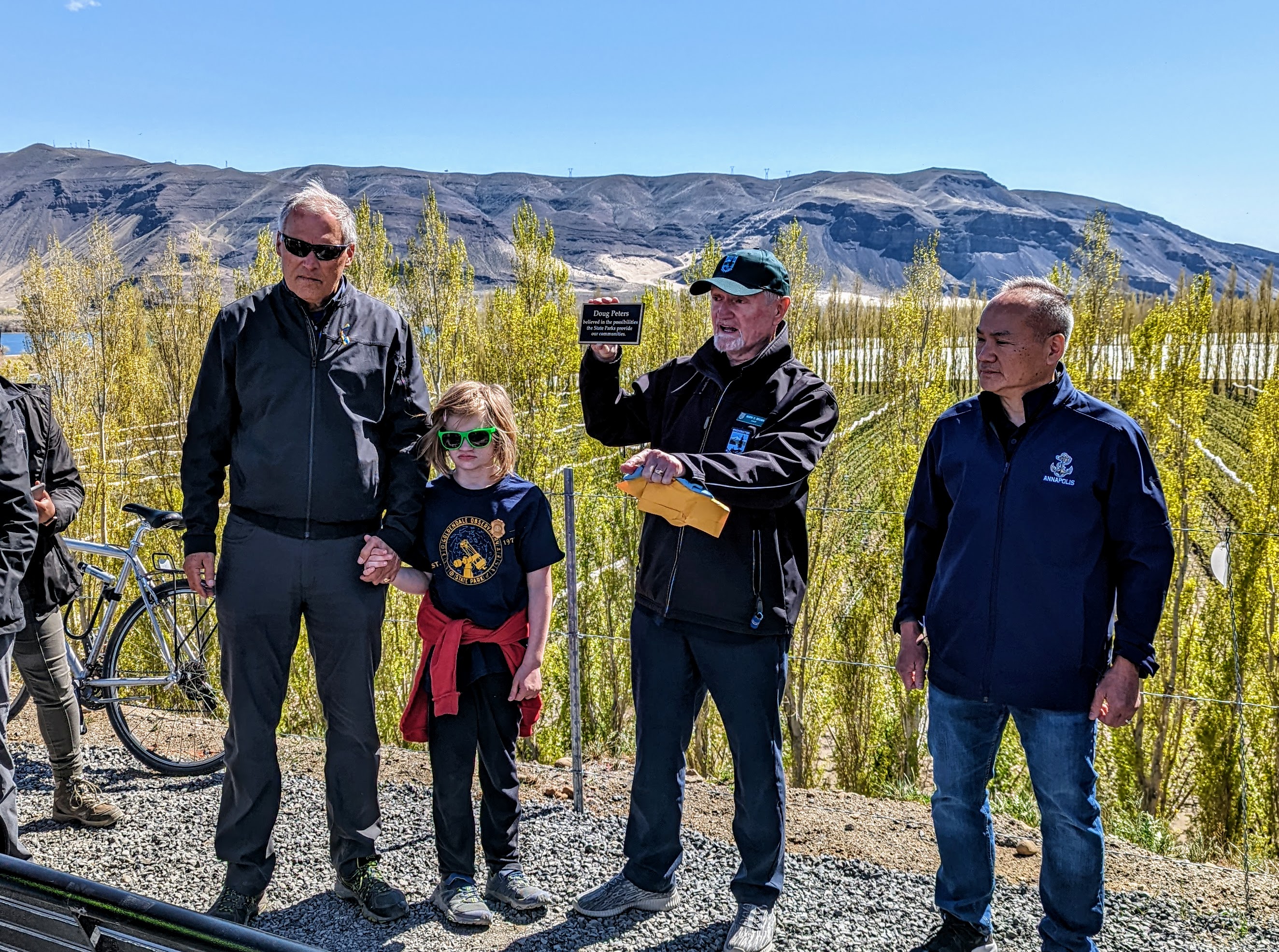 Located in central Washington, the former railroad bridge cost $5.5 million to retrofit with added railings and decking that make it safe for people biking and walking.

“Absolutely spectacular” is how Fred Wert, chairperson of the Palouse to Cascades Trail Coalition, describes the Beverly Bridge. “It is one of the few places where you can ride over the Columbia River that’s not on a highway. It’s peaceful and quiet, with huge terrain all around you.”

Riding Across Washington on Trails

“People will come from around the country to use this new bridge, both for short- and long-distance trips,” said Belanger.

"The Beverly Bridge is one of the most exciting new pieces of bicycle and pedestrian infrastructure in the country,” said Alex Alston, state policy director for Washington Bikes. “Our goal is to create cross-state multi-use trails that improve rural economic development, attract bicycle tourists from around the region and world, and allow people to ride through Washington’s magnificent landscapes on off-road routes free of vehicle traffic.”

The Palouse to Cascades Trail

The Beverly Bridge project is part of about $10 million of work underway or recently completed on the Palouse to Cascades trail, which at 289-miles long is among the longest rail-trails in the nation.

Other construction highlights on the Palouse to Cascades trail include:

The Palouse to Cascades State Park Trail is one of five long-distance biking and hiking trails managed by the Washington State Parks and Recreation Commission.

To continue progress on these trails, Washington Bikes will support full funding for the WWRP in 2023 when legislators take up the next biennial budget. Until then, get ready to ride over the Beverly Bridge. Bring a bike with fat tires for the gravel and sandy sections.

Improving Bicycling in Spokane to Fight Climate Change and Inequality