In addition to being recognized as one of the most bike-friendly states, Washington is the nation’s second-largest wine producer, with more than 80 grape varieties in cultivation and upwards of 1,000 wineries.

Woodinville is the epicenter of western Washington’s wine culture. It is also a community that has created a thriving outdoor recreation economy thanks to an abundance of bike trails. 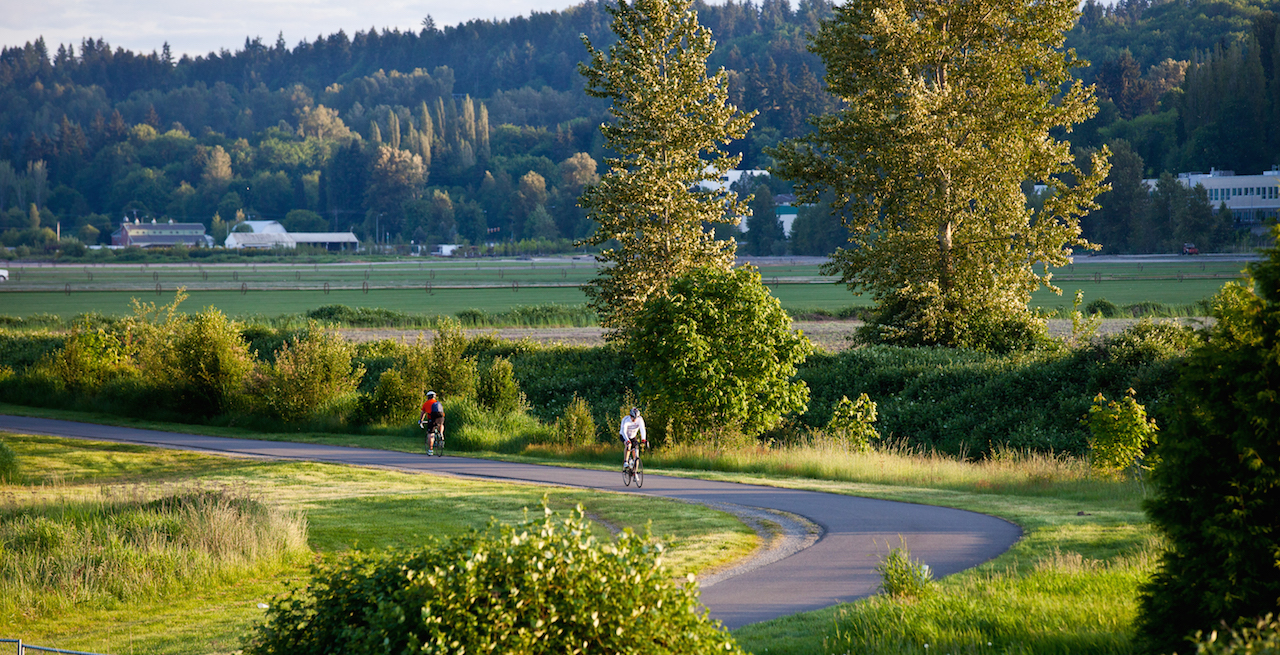 Wine Ride participants can pedal a 16- or 25-mile route, with stops to enjoy sample pours and food tastings, plus a full glass and food trucks at the finish. Seattle residents can pedal to Woodinville on the Burke-Gilman and Sammamish River trails, or drive to the start and finish location at Woodhouse Wine Estates.

Washington’s first wine grapes are believed to have been planted in 1825 at Fort Vancouver. It wasn’t until the 1960s, however, that the state’s wine reputation took root when the first large commercial vineyards were planted in the Columbia River Valley. In the 1970s, just as Cascade was successfully pushing to create the Burke-Gilman Trail, Washington’s first 10 wineries opened.

In 1976, the state’s largest commercial winery, now named Chateau Ste. Michelle, moved to Woodinville. “Over time, other wineries congregated in this agrarian town and took advantage of office parks with roll-top doors that assisted with winemaking,” according to the Wine Enthusiast. 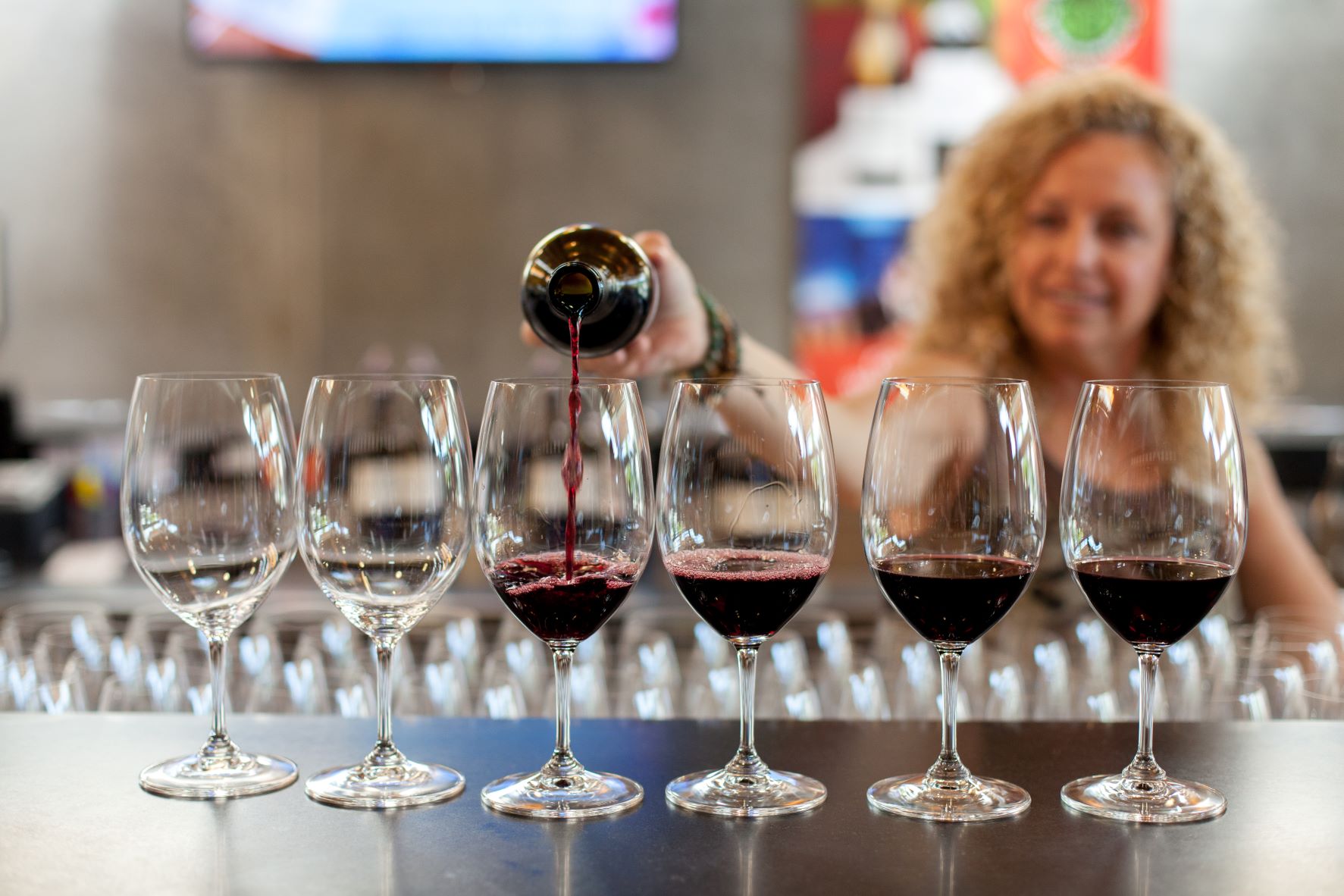 Woodinville now has an abundance of wineries and tasting rooms. Wine Ride participants will pedal sections of the Sammamish River Trail as it winds through Woodinville and neighboring Bothell, passing farmland and open spaces ideal for bird watching.

Washington state has an abundance of federally designated AVAs, or American Viticultural Areas, which are geographic regions that establish a wine’s terroir. Terroir is a word used to describe the flavor and characteristics imparted by the climate, soils, topography and environment of a region. Most of these AVAs are located in eastern Washington where the dry climate and weather provide ideal growing conditions. 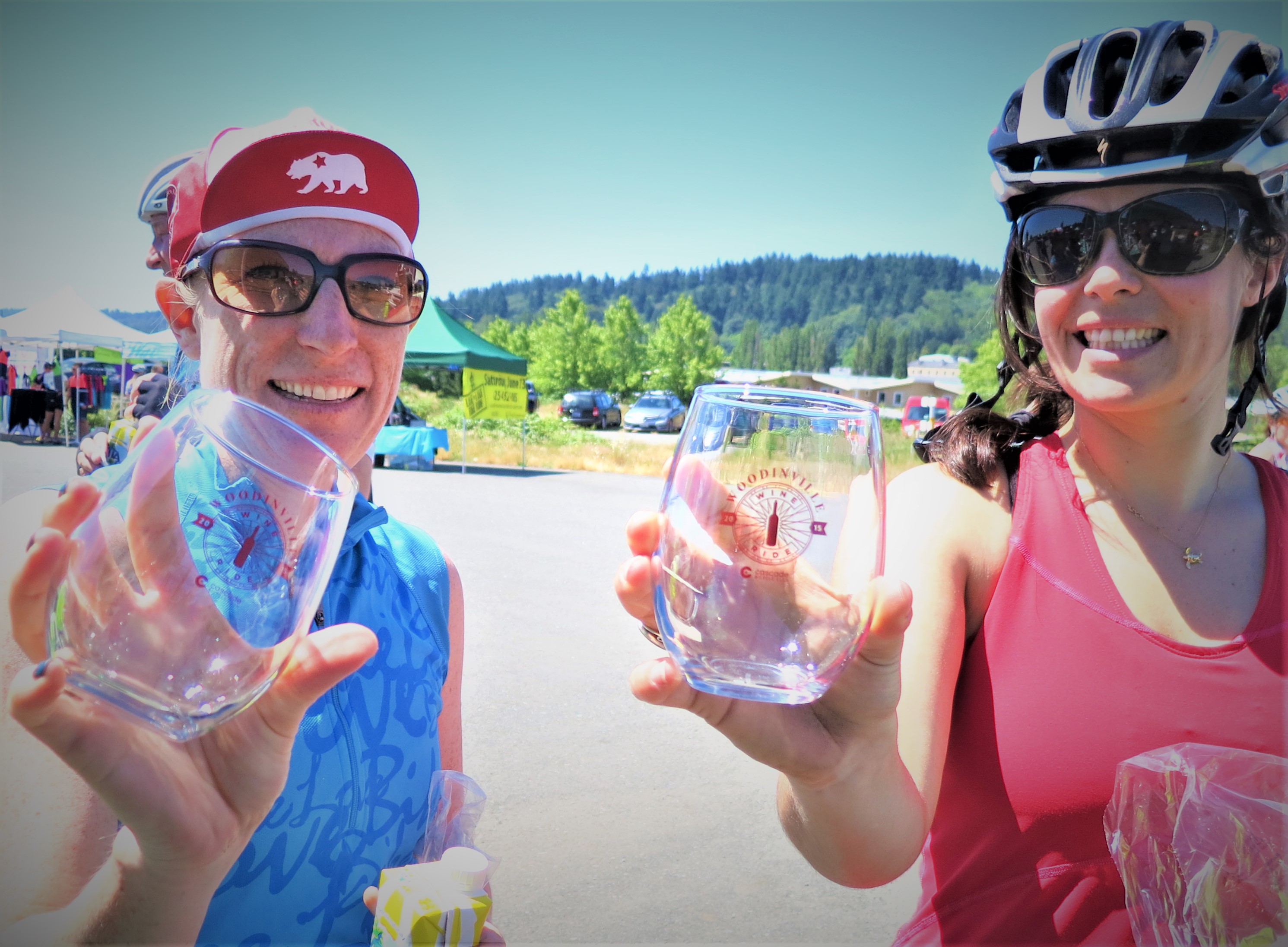 Happy participants in a previous Wine Ride come in for a refill.

Cougar Crest Winery owns four vineyards in the Walla Walla Valley and the Milton-Freewater AVAs, and it has won many awards over the years. Cougar Crest is also women-owned. Its tasting room has a large deck and patio for outdoor seating, and it gets a lot of visitors on bikes because of its close proximity to the Sammamish River Trail.

Cascade encourages participants to buy a bottle or two from participating wineries to enjoy at a later date. Cascade will transport any bottles purchased during the ride to the finish line for participants to pick up. Participants also get snacks and non-alcoholic drinks, route and mechanical support, plus a Wine Ride souvenir.

As on all Cascade rides, electric bikes are welcomed. E-bikes are an ideal way to explore Woodinville Wine Country thanks to easy access from the Sammamish River Trail runs through the valley.

Let’s raise a toast to our state’s wine and bike cultures on Sunday, Sept. 11.

A New Strategy to Complete the Missing Link