Rise Up and Ride Up! Join the Seattle Queer History Bike Tour

Many people are familiar with the Stonewall riots and the importance of San Francisco and New York City in the struggle for gay rights, but Seattle also played an important role in the fight for LGBTQ equality.

On Sunday, Aug. 15, Cascade will host the Seattle Queer History Bike Tour, which will pedal to landmarks that signify this ongoing struggle. 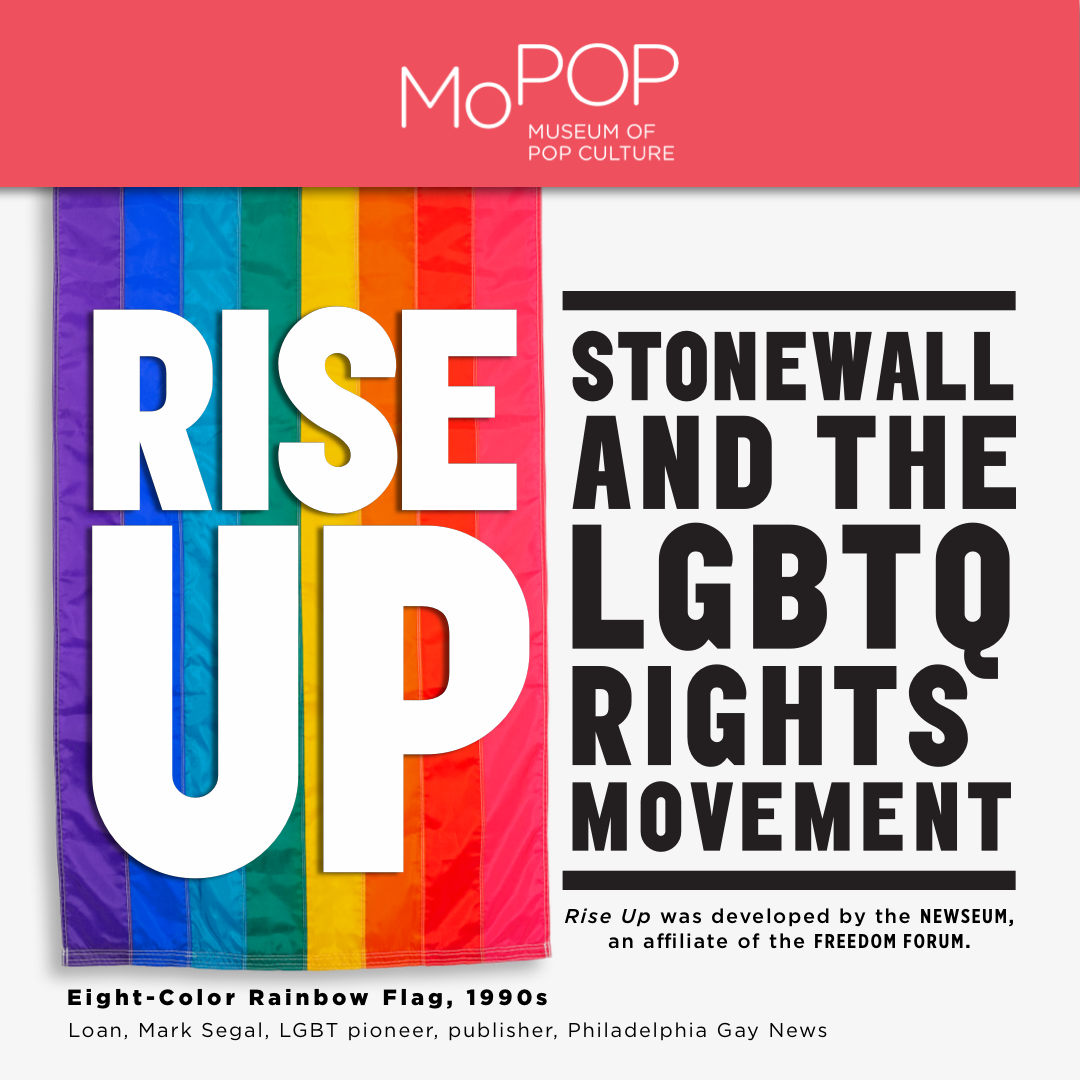 “We want to show people these locations so they know our city’s important history, and also so they can return later and learn more,” says Bob Svercl, a certified Cascade ride leader who co-organized the tour.

The event begins at noon in Volunteer Park with a bike decorating party. Organizers will supply some decorating materials, and participants are encouraged to bring materials to share. At 1 p.m., participants will pedal through the “gayborhood” of Capitol Hill, Svercl says, to the former location of the Dorian House, an early LGBTQ organization.

Riders will then proceed to other sites including the Lambert House, a queer youth empowerment nonprofit, and the Ingersoll Gender Center, a transgender, non-binary, and gender questioning support nonprofit.

The tour will then coast downhill to Pioneer Square, where Svercl will show participants the former locations of the Double Header and the Casino, one of the first Seattle bars that allowed people to be openly out. "It was a place where you could dance with someone of the same gender and feel safe," Svercl says. 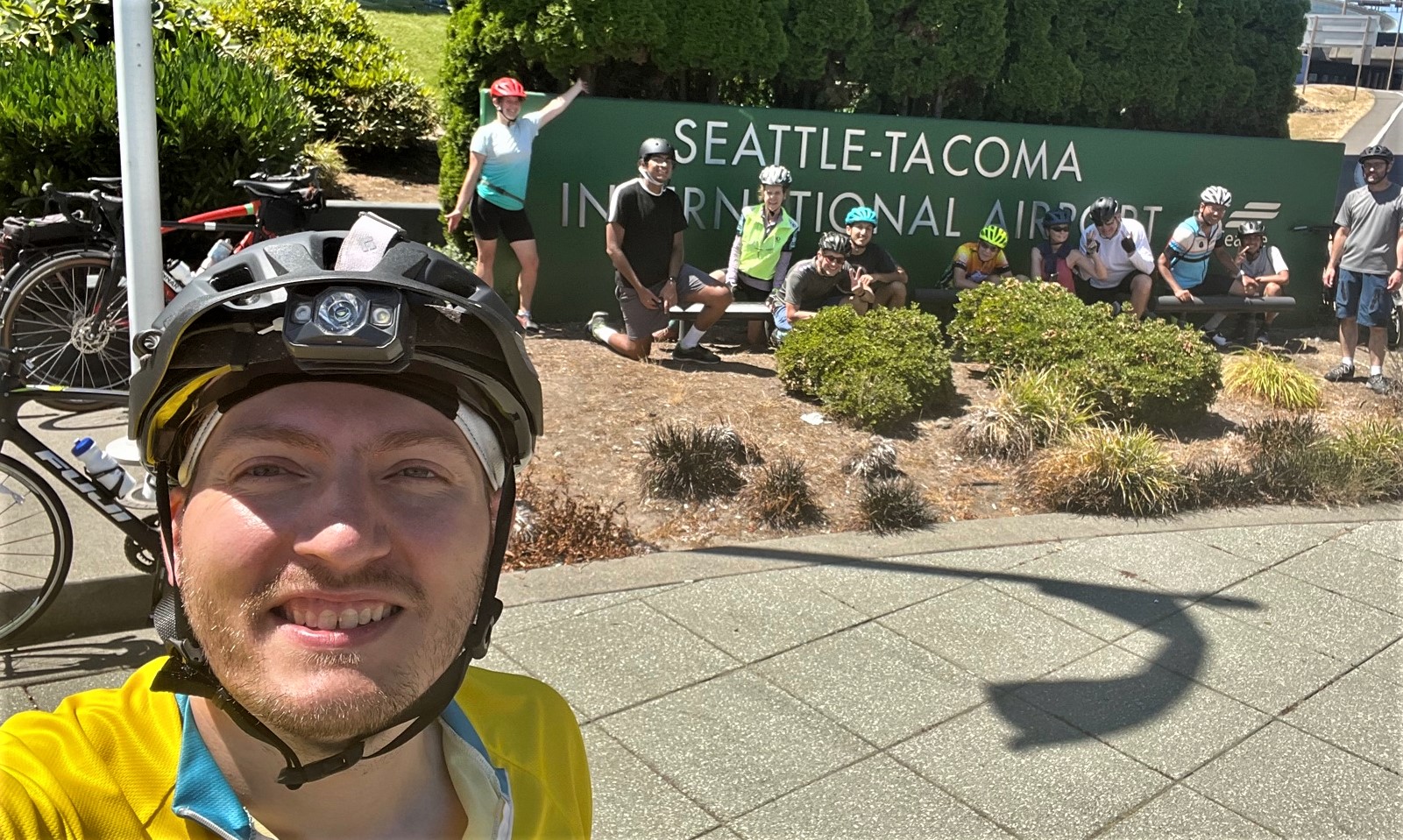 Svercl will then pedal to the former location of the Arlington Hotel and its Garden of Allah bar, the first gay-owned cabaret in Seattle that opened in the 1940s.

Along the way, Svercl, who is bisexual, will speak about important figures including Del Martin and Phyllis Lyon, founders of the Daughters of Bilitis, the first lesbian civil and political rights organization in the United States. While the organization was founded in San Francisco, Martin and Lyon first met in Seattle--later becoming the first lesbian couple in California to receive a marriage license.

The approximately three-hour, 5.6-mile ride will end at MoPOP, which has organized a bike parking corral for participants to safely store their bicycles. Participants will have the option to buy a ticket to view the “Rise Up” exhibit, which “explores the cultural transformation that propelled an underground movement into an intrinsic element of who we are as a nation,” according to a description on the museum’s website. 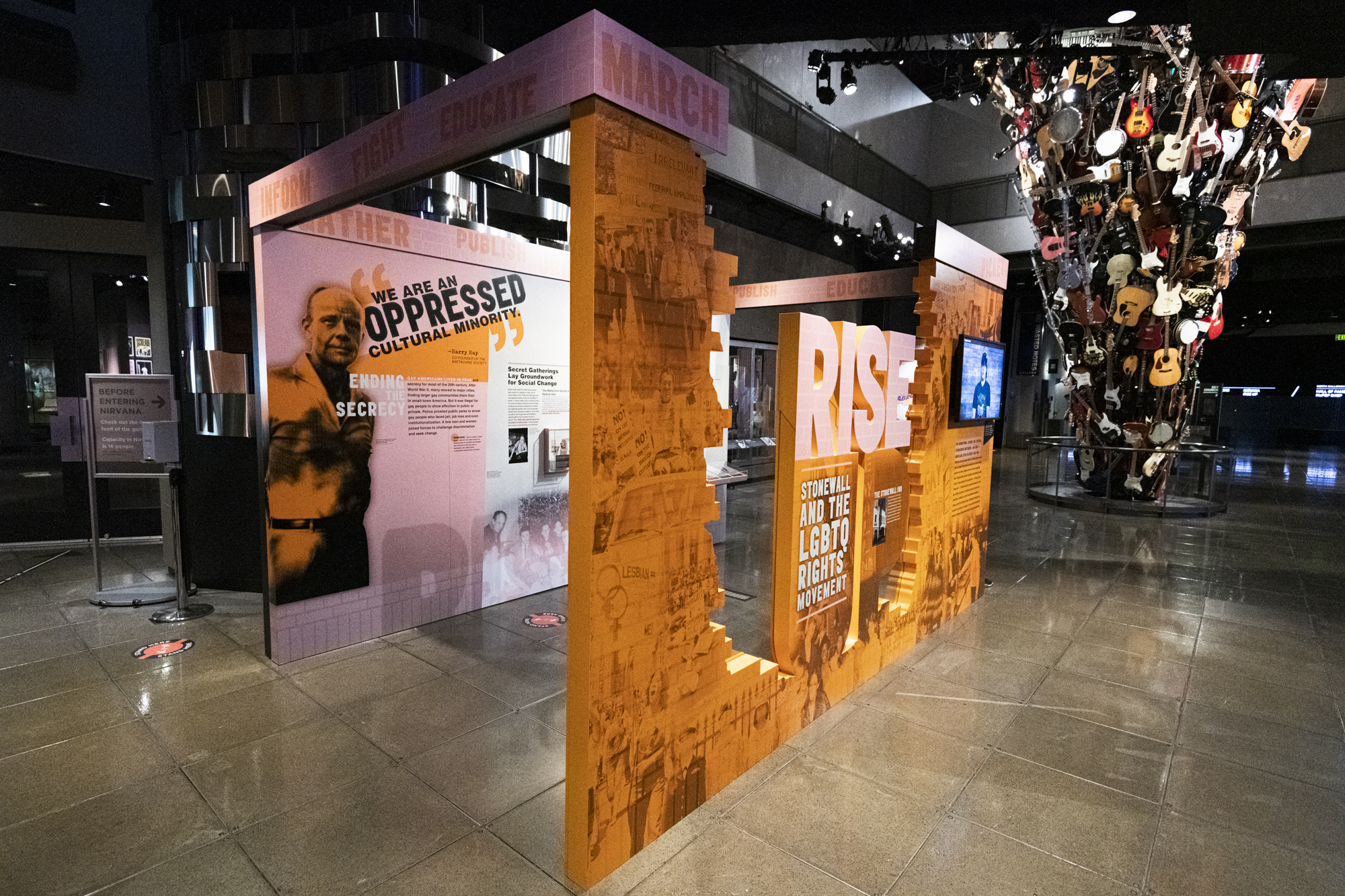 Cascade helped Svercl organize and promote the tour as part of its effort to increase opportunities for more people of all genders, races, sexual orientations, and identities to feel welcomed in the bicycling community.

Svercl became a Cascade ride leader in 2018 and he enjoys leading themed or historic rides. Next month, he will lead a bike tour of the Duwamish Valley to visit locations important to the history and culture of the Duwamish Tribe, whose leader, Chief Si’ahl, is the city’s namesake.

The number of participants in the Seattle Queer History Bike Tour is limited to 50 for safety reasons, so sign up now. People who are unable to join the tour are welcomed to join the bike decorating party in Volunteer Park, and to join the visit to MoPOP. 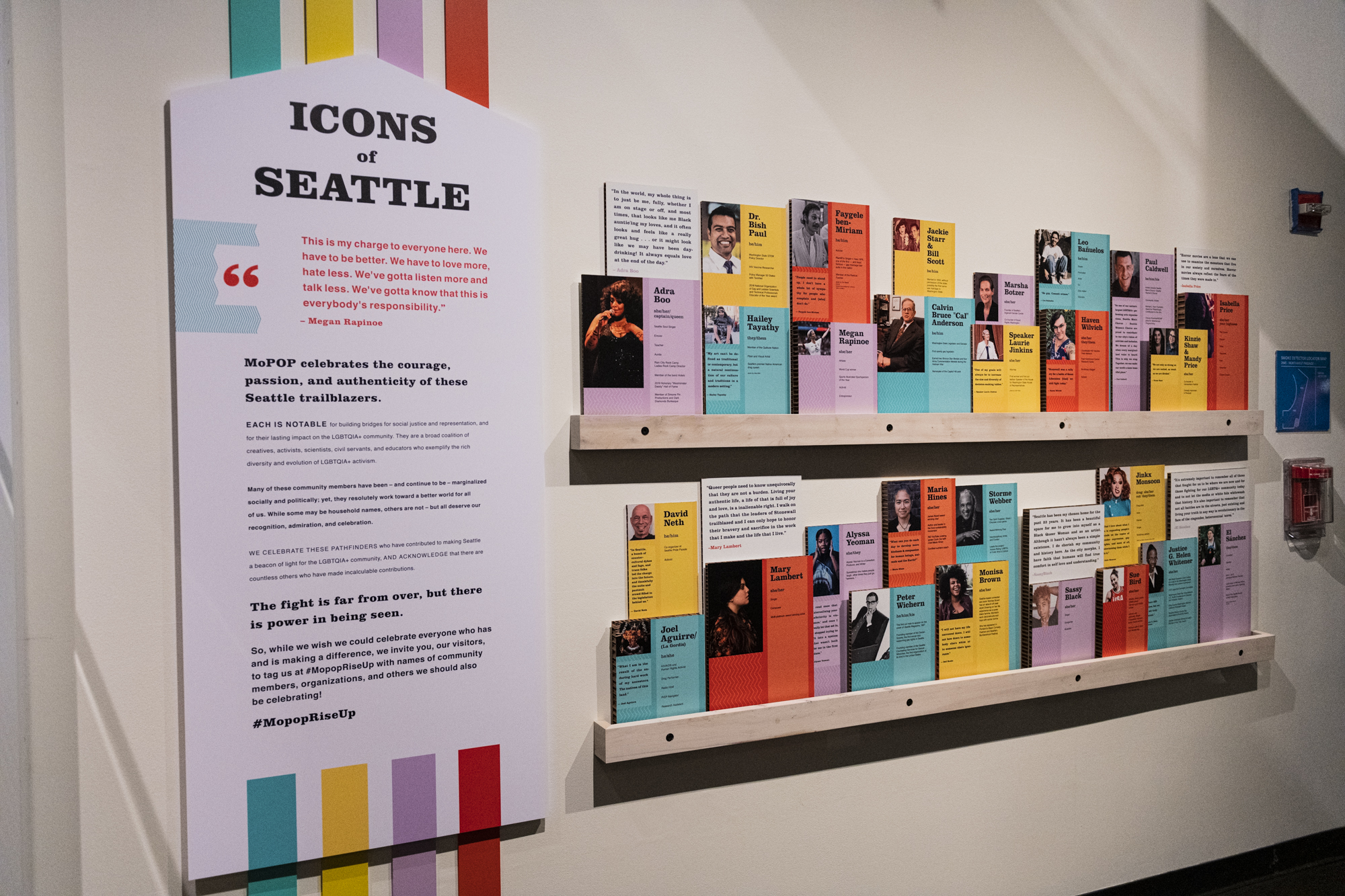 The MoPOP exhibit includes a display about icons of the Seattle LGBTQ rights movement.

“I am so excited for this event,” says Robert Rutherford, manager of public engagement for the Museum of Popular Culture. “I'll be there for bike decorating and supporting the arrival of riders at the museum.”