A bike bridge over the Columbia River is among approximately $10 million in projects underway on the 285-mile Palouse to Cascades State Park Trail.

The historic Beverly Bridge, a former railroad trestle that spans the Columbia River in central Washington, is scheduled to open for bicycling, hiking and non-motorized recreation in September, providing a key linkage in the Palouse to Cascades trail, which spans much of the state. 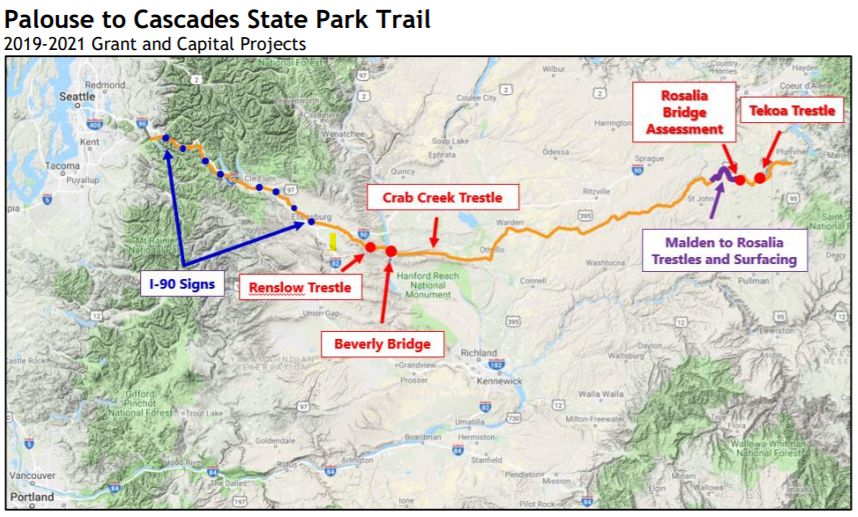 The map above from Washington State Parks shows the location of the Beverly Bridge and other major infrastructure projects underway.

The Columbia River currently splits the trail, requiring people on bikes to make a long detour, or risk their safety crossing an Interstate 90 bridge that has no shoulders. Opening the Beverly Bridge, which is gated and closed due to safety concerns, will provide a big boost for bicycle tourism in Washington, according to some supporters of the project.

Washington State Parks expects to complete a $5 million construction and resurfacing project on the Beverly Bridge, built in 1909, in September, when a grand opening ceremony is planned. Nearly three-quarters of a mile long, the Beverly Bridge passes 85 feet above the river and offers spectacular views.

“This is a really cool project,” says Randy Kline, statewide trails coordinator for Washington State Parks. “In addition to being a big attraction for long-distance bicyclists, we expect that the bridge will become a destination in itself, and that people will come just to visit and walk or ride across it.” 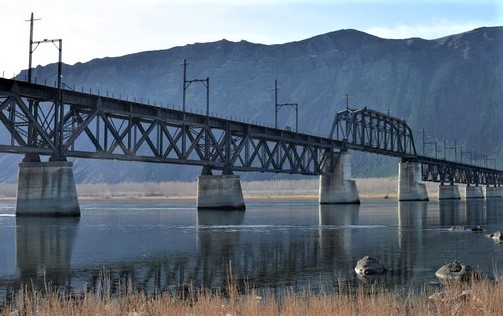 The Beverly Bridge is nearly three-quarters of a mile-long and offers spectacular views. Photo courtesy Palouse to Cascades Trail Coalition.

The Beverly Bridge project is part of about $10 million worth of work underway on the Palouse to Cascades trail, which runs through the old Milwaukee Road railroad corridor from the Puget Sound region to the Idaho border. The Palouse to Cascades is the second-longest rail trail in the nation, according to the Rails-to-Trails Conservancy.

"We support the effort to complete the Palouse to Cascades trail and other cross-state multi-use trails that allow people to bicycle on safe routes separated from roads,” says Alex Alston, state policy director for Washington Bikes, which lobbied for funding to rebuild the Beverly Bridge.

Washington Bikes advocates for full funding of the Washington Wildlife and Recreation Program because it pays for trail projects including work on the Palouse to Cascades.

Another important project on the Palouse to Cascades trail that is expected to be completed this year is the 680-foot-long Renslow Trestle, which crosses over Interstate 90 about 11 miles east of Ellensburg. In March, workers are expected to finish $1.2 million in improvements to the bridge, including the addition of decking and railings to make it safe for biking and walking. “This is an exciting project because it will eliminate another big detour,” Kline says, “and people driving by on the interstate will see people on bikes passing right over their heads.” 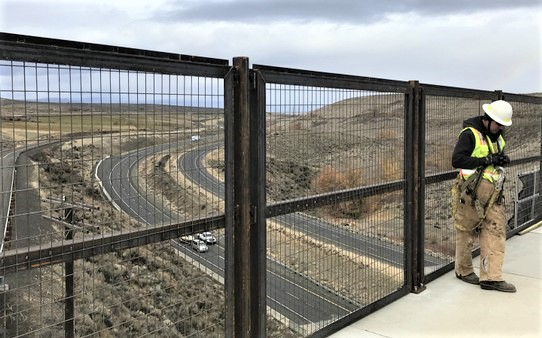 Decking is being added to the Renslow Trestle that passes over Interstate 90. Photo courtesy Palouse to Cascades Trail Coalition.

Renamed in 2018, the trail was previously called the John Wayne Pioneer Trail. Washington State Parks took over management of the rail corridor from the Department of Natural Resources and has in recent years installed 23 new signs along Interstate 90 to build awareness of the trail and help people find trailheads.

Another important project expected to be completed in 2021 on the Palouse to Cascades is $1.8 million of work to resurface sections of trail between the towns of Malden and Rosalia, and to repair two former railroad trestles. State Parks plans to build trailheads with bathrooms, parking spaces, and shade shelters. This project, like all bike tourism, will hopefully boost the area’s economy--especially if Washington can implement its Scenic Bikeways Program in the near future.

Tekoa is a small community near the Idaho border. Here, the state is adding decking and railings to open a 975-foot-long bridge located in the middle of town. “This is another beautiful trestle that is iconic to the town of Tekoa,” Kline says. The $1.7 million project is expected to be completed in the fall.

In 2019, a fire burned the trestle over Crab Creek near Smyrna, necessitating a short detour. The state plans to complete design work for a new bridge this year, with construction estimated for 2023, according to Kline.

Another ongoing project includes an effort to find an off-road trail for about 30 miles of active rail line just east of the Columbia River, from Royal City Junction to Othello and Warden. Ideas include building a trail alongside the rail line, Kline says.

Other small gaps in the trail that must be filled include a short stretch between the towns of Ralston and Marengo where the trestle over Cow Creek is missing, as well as a few stretches of the rail corridor that pass through private property.

By the end of 2021, long-distance bike tourists who want to pedal the Palouse to Cascades trail will have a vastly improved experience.

“Washington Bikes will continue to advocate for completing this trail because we know that it will enhance bicycle tourism in Washington and bring needed economic activity to the many rural communities along the route,” Alston says.

At the Idaho border, the trail corridor ends when it hits private property. In the future, some hope a route can be identified to link the trail to the Trail of the Coeur d’Alenes, a 73-mile paved trail that spans the Idaho panhandle on the former Union Pacific rail corridor. 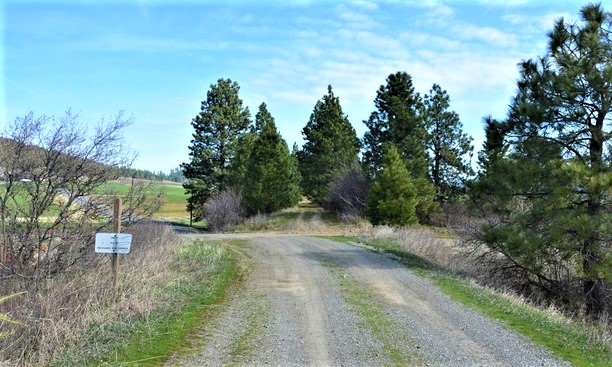 In western Washington, bike advocates including the Leafline Trails Coalition that Cascade helped found hope to link the Palouse to Cascades trail, which ends at Cedar Falls near Rattlesnake Lake, to the Mountains to Sound Greenway, whose construction is ongoing. In the future, Cascade hopes that ongoing trail work on the Olympic Peninsula will eventually allow people cross the state from the Pacific to the Idaho border almost entirely on trails.

The Palouse to Cascades is one of five long-distance rail trails overseen by Washington State Parks. Others include the Columbia Plateau State Park Trail, a 130-mile rail corridor between Cheney and the Tri Cities.

Another is the 37-mile Spokane River Centennial State Park Trail from Spokane to the Idaho border, and the 57-mile Willapa Hills State Park Trail in southwestern Washington that runs from Chehalis to Willapa Bay on the Pacific Coast.

Cascade and Washington Bikes will continue advocating for trails in 2021 and beyond because bikes are good for our health, climate, and economy. Please consider donating to Cascade today so that we may continue this important work: cascade.org/donate

The Palouse to Cascades Trail Coalition offers maps and resources.

Watch this video of the Beverly Bridge to learn more about its historical significance.

See the trail from the air in this video.