The new Leafline Trails Coalition has launched a website and video to jumpstart efforts to create a connected network of trails throughout four counties to increase safe and healthy opportunities to bike, walk, and roll. 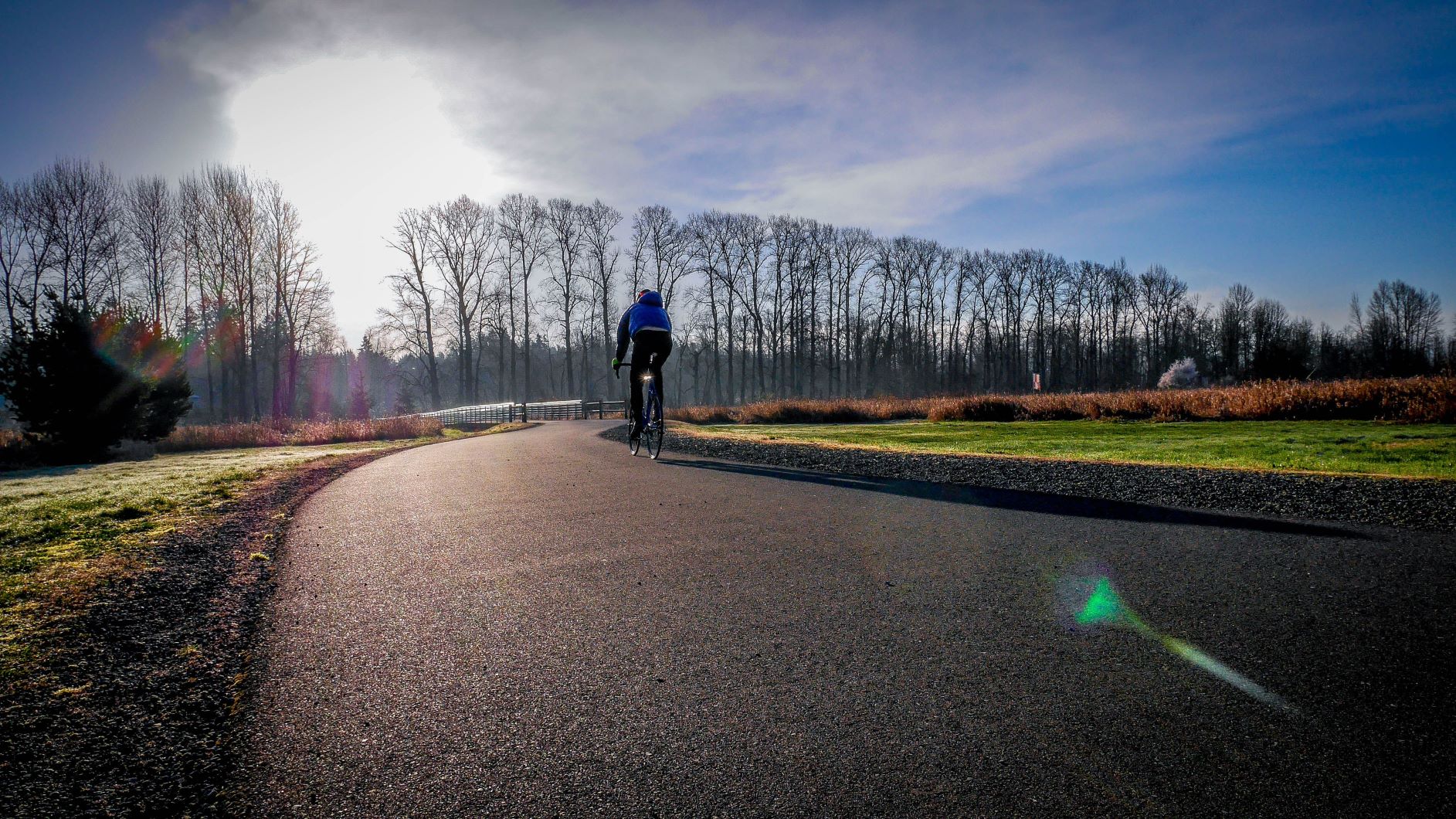 Imagine being able to ride your bike on safe and connected trails from Tacoma to Everett, Bellevue to Bremerton, Alki Beach to Snoqualmie, or even North Seattle to the North Cascades, and many locations and communities in between.

That is the vision of the Leafline Trails Coalition, a partnership between Cascade Bicycle Club, four counties, businesses, and nonprofits. The goal: connect the 450-plus miles of high quality trails that already exist here, building connections between these trails and creating an integrated mobility network that would allow individuals to bike, walk, and roll throughout the region.

The Leafline coalition has launched a new website, https://leaflinetrails.org, and two-minute video to build public support and explain the vision of how this interconnected web of trails could boost the region’s quality of life, economy, health, and sustainability.

Cascade was an initial partner in the effort to create the Leafline coalition, formerly called the Regional Trails Coalition, alongside King County, the City of Redmond, and REI. The coalition now includes King, Pierce, Snohomish and Kitsap counties.

“We’re seeing that trails are significant for public health, transportation, and economic resilience across Puget Sound. Trails connect communities, which is more important than ever during the pandemic as more people are out on trails for their physical and mental health,” said Claire Martini, who took the role of Leafline Trails Coalition manager in April. Staffing for the Coalition is provided through an agreement with Cascade Bicycle Club.

Martini, who previously worked as policy manager for Cascade’s trail initiatives and Eastside advocacy, will work with coalition partners to build support for the Leafline Trails network, and advocate for increased funding from local, state, and federal governments to pay for necessary trail linkages, infrastructure, wayfinding, and more. 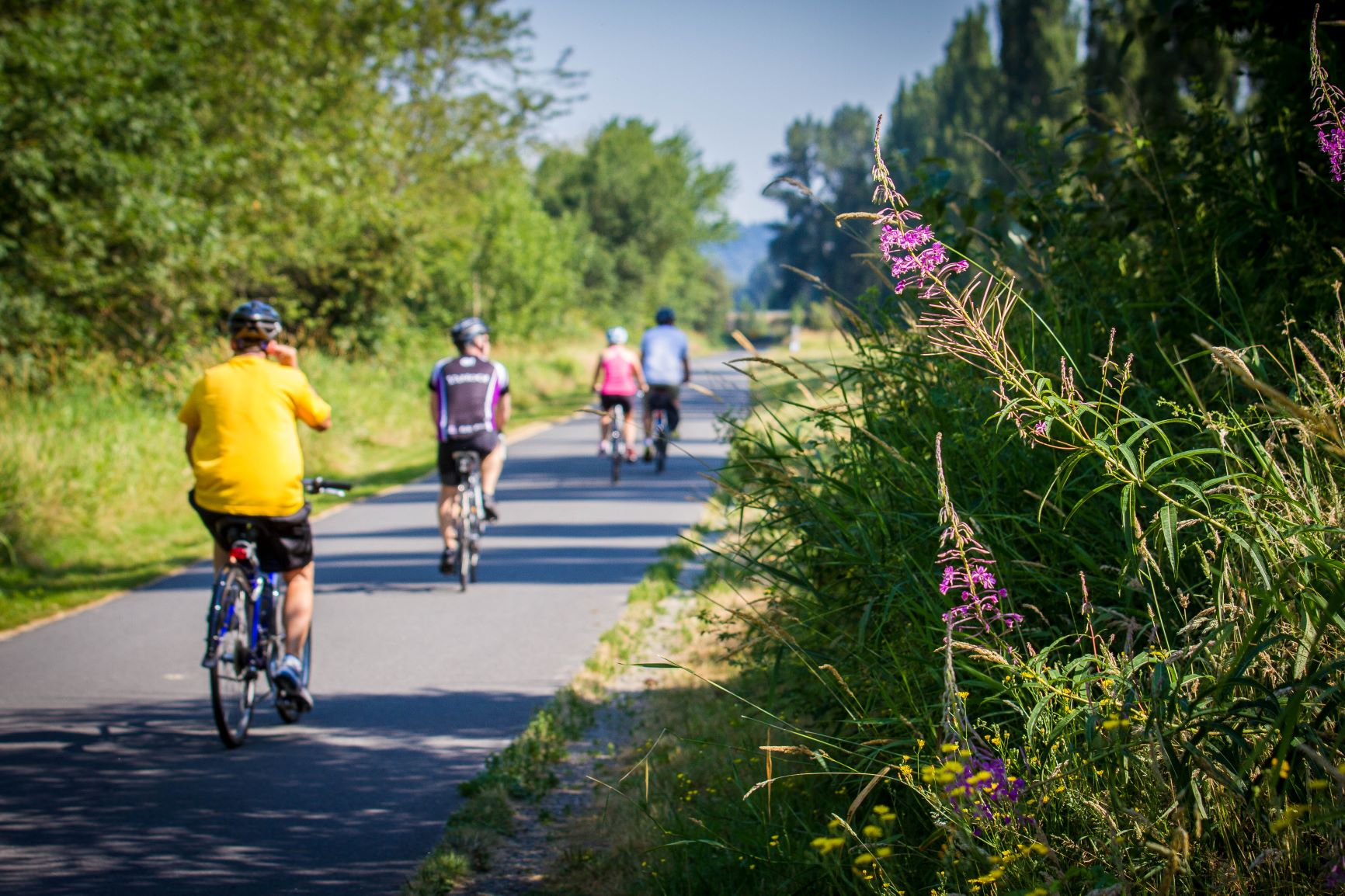 As communities across Puget Sound grapple with the economic impacts of COVID-19, members of the Leafline Trails Coalition see trails as a solution. Trails in Washington already return more than $8 billion per year to the state’s economy, and studies have shown that trails bring more jobs and more money to local communities than any other type of transportation infrastructure, according to Martini. To make sure that trails are front and center in plans for Washington’s economic recovery, Martini and members of the coalition are connecting with members of Washington’s congressional delegation to discuss opportunities for federal funding.

Managed by a variety of public agencies, the 450 miles of mostly paved trails in the Puget Sound region frequently run through old railroad corridors that are relatively flat and wide, making them accessible to people of all ages and abilities. Some of these trails include the Burke-Gilman, Sammamish River, Cedar River, Green River, Interurban, Foothills, Whitehorse, and Centennial trails, among many others.

As the Leafline Trails Coalition develops a shared map and vision for the next 30 years, it will work to close gaps in the trail network where the needs are greatest. Communities of color, low-income communities, and communities where English is commonly a second language are less likely to have access to quality trails, making it harder for underserved communities to recreate and travel by trail. 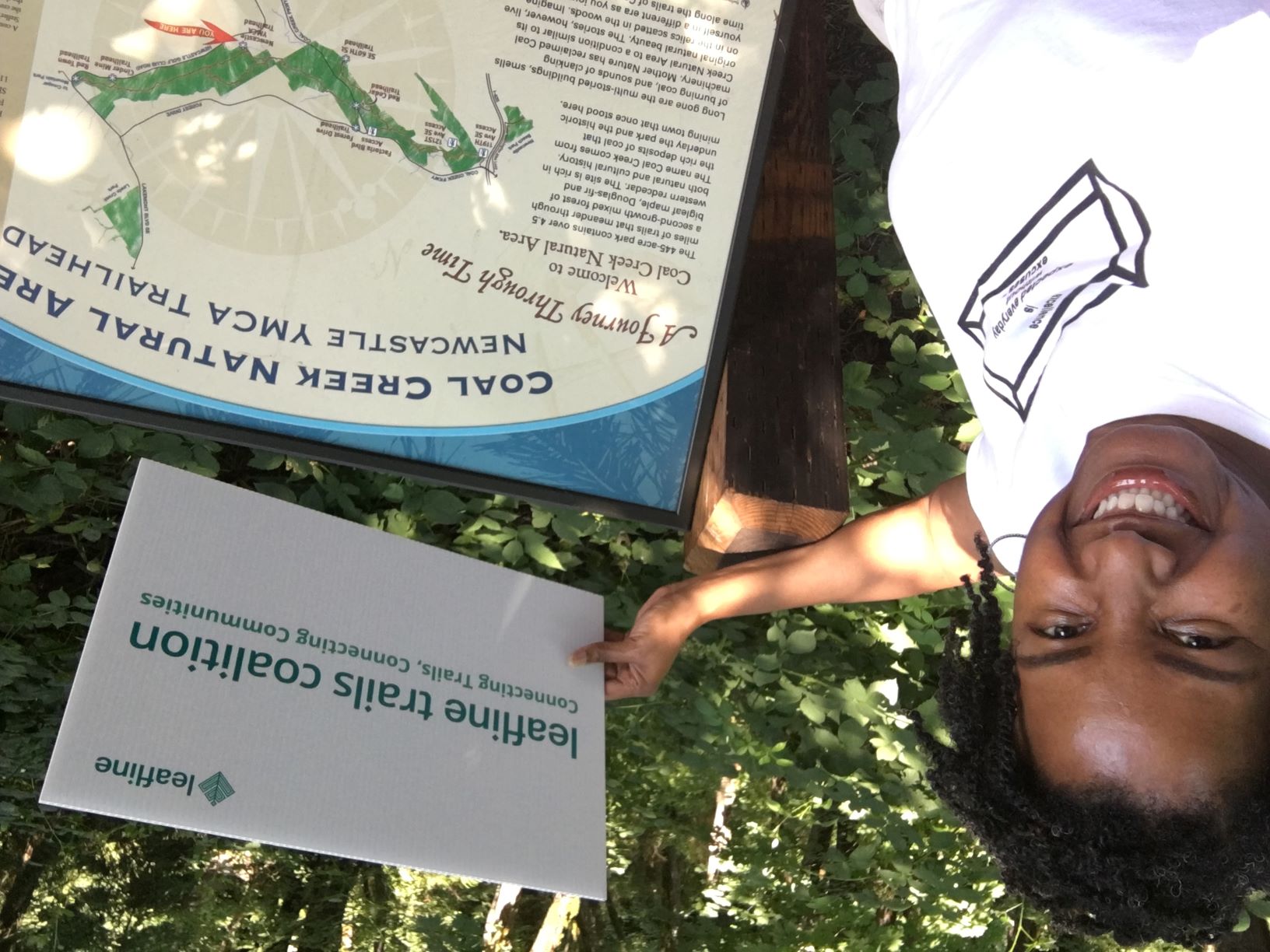 “Many of our existing trails are not interconnected, intuitive to navigate, or welcoming to everyone,” Martini said. “By connecting trails across the four-county region, the coalition aspires to improve access in partnership with people in neighborhoods that have been overlooked in the past.”

Sign up for the Leafline Trails Coalition newsletter to learn about upcoming events and to stay abreast of progress.