Located near the historic timber town of Port Gamble, this 3,500-acre park offers a bounty of nature trails--and provides a key link for the proposed Sound to Olympics Trail. Join us for a spin. 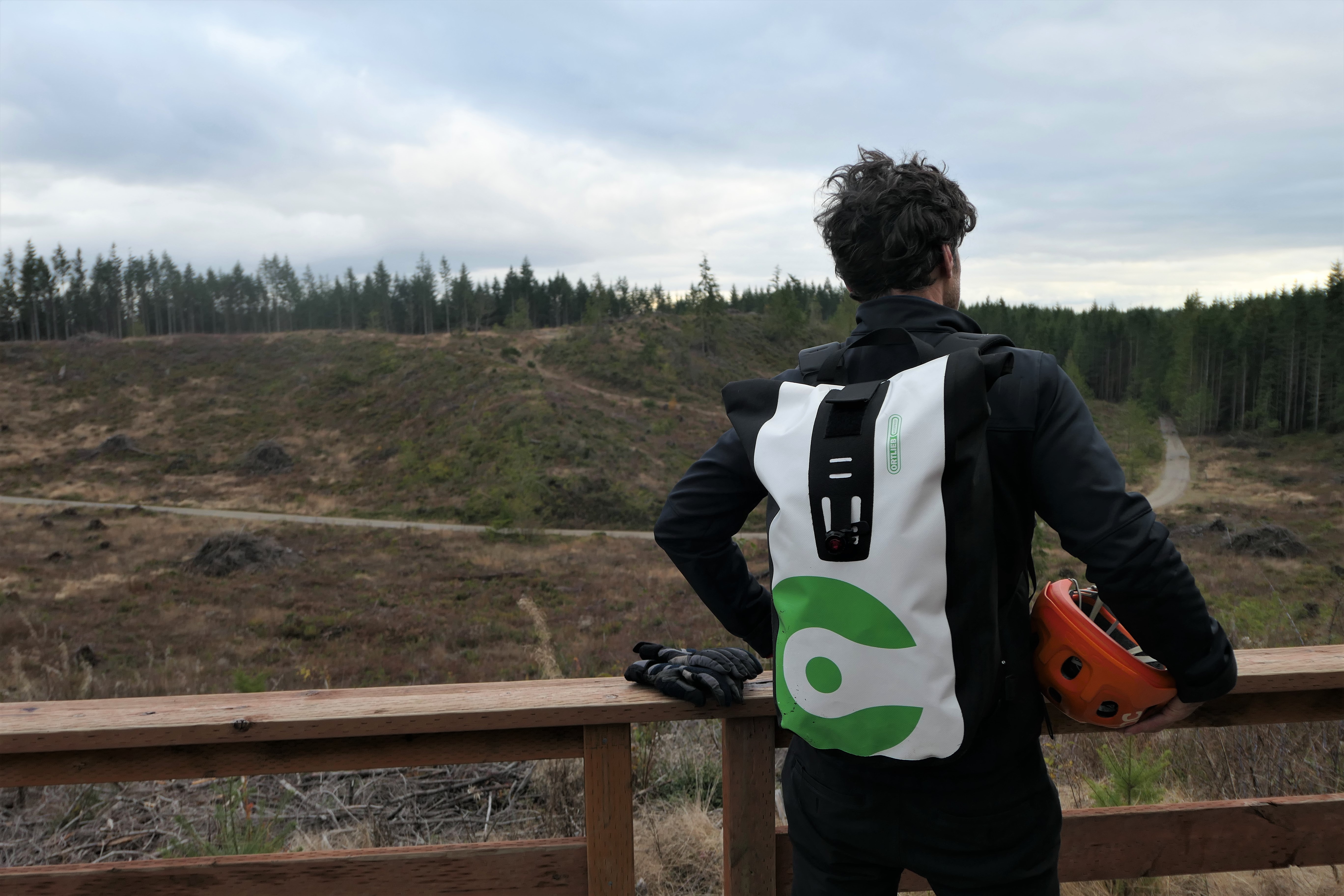 My wife and I toured the park by bike during a recent trip to the Kitsap, where we spent several nights in a forest cottage in the tiny hamlet of Eglon, which served as our launchpad for some drizzly, socially distant, COVID-safe bike rides.

Port Gamble is a former timber town and National Historic Landmark whose well-preserved Victorian-style homes, general store, theater and buildings resemble a New England coastal village. Cascade’s autumn foliage ride, the Kitsap Color Classic, passes through Port Gamble, although the 2020 event was canceled due to COVID-19--hopefully to return in 2021.

Before riding into the Forest Heritage Park, we pedaled through Port Gamble’s historic Buena Vista cemetery, located on a windblown hill overlooking the Salish Sea, where weathered tombstones more than 150 years old stand like time capsules beneath the gnarled branches of stately elms. 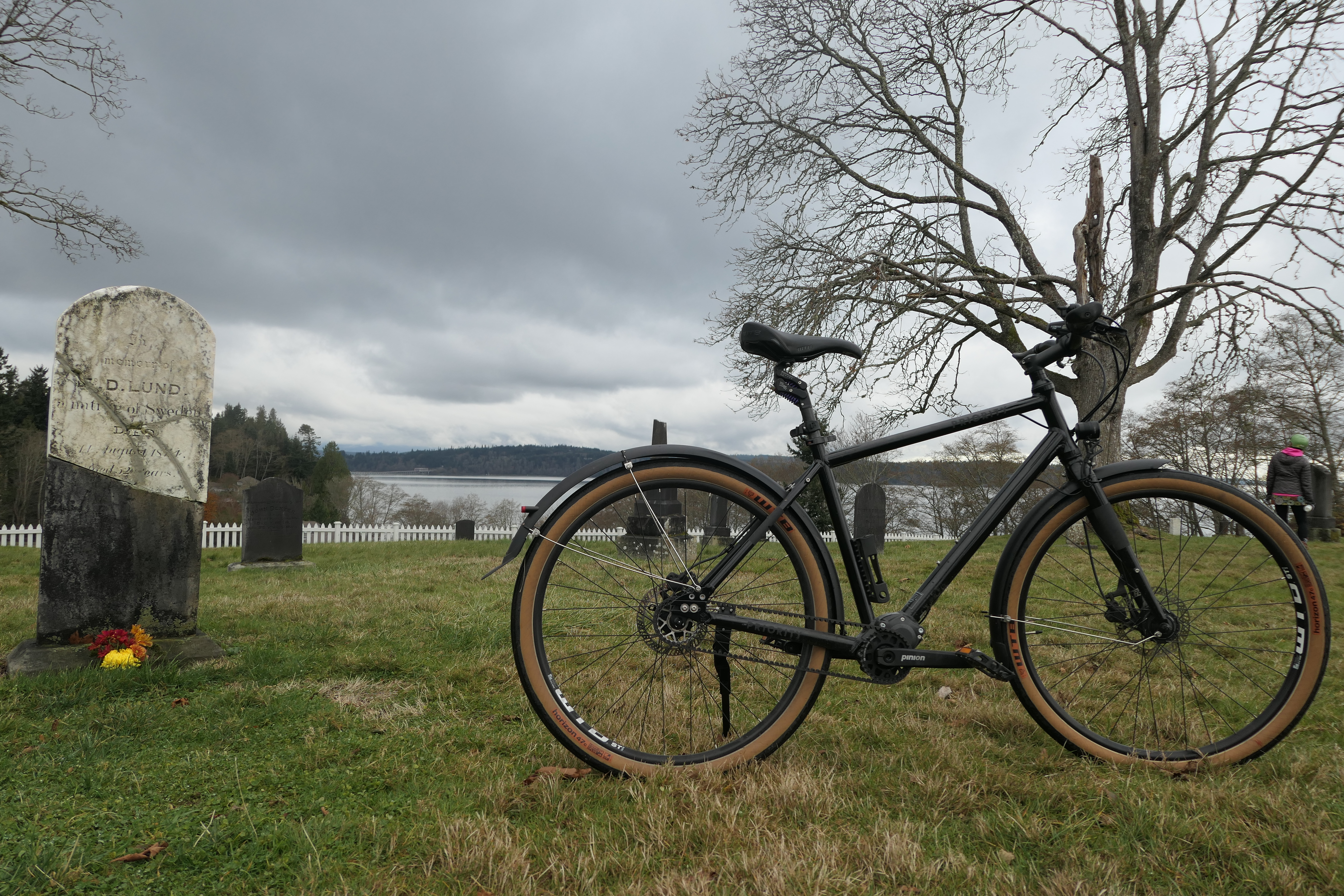 Founded in 1853 on lands taken from the S'Klallam Tribe, who are part of the Salish peoples that lived throughout the Puget Sound region prior to white colonization, Port Gamble was established by settlers from the East Coast who came to exploit the area’s timber. The Port Gamble S’Klallam Reservation and Tribal Headquarters are now located on the other side of Port Gamble Bay from the town of Port Gamble.

"The S'Klallams were gathered in at least 15 villages stretching along the south shore of the Straits of Juan de Fuca," according to a history on the tribe's website. "They enjoyed friendly relations with their Salish-speaking neighbors the Twana, and shared fishing sites with them in Hood Canal." 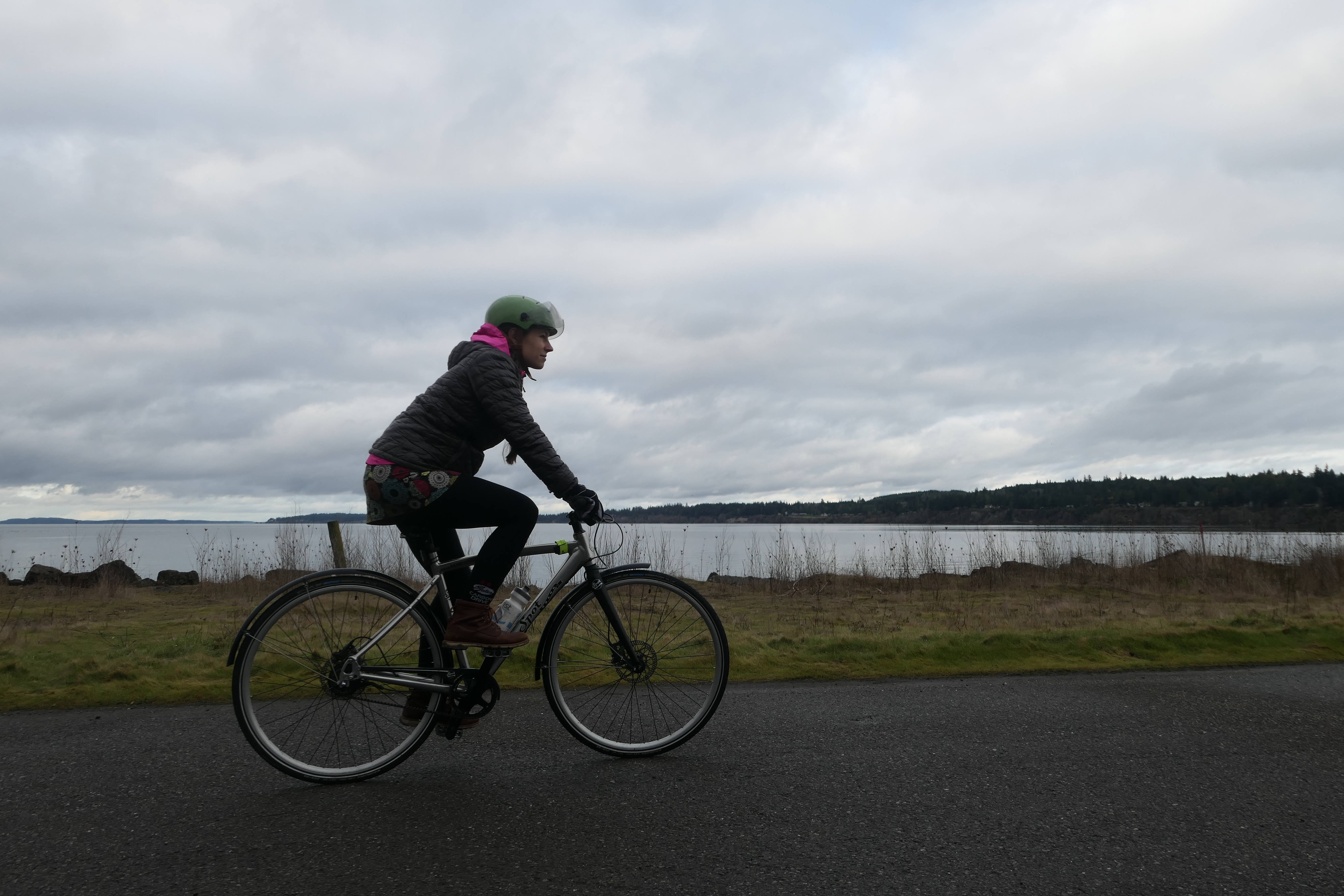 A company town, Port Gamble was home to North America’s longest continually operating sawmill until the mill’s closure in 1995. The Forest Heritage Park was created following the public acquisition of working forestlands bordering the town, preventing the lands from being developed. Today, the property is managed by Kitsap County with a stewardship plan to provide non-motorized recreation, cultural preservation, wildlife and natural resource protection.

Port Gamble Forest Heritage Park has 65 miles of trails (link to map) that are used by hikers, birders, bicyclists, equestrians and nature lovers. The trail network is still being developed and consists of easy to ride gravel roads and short segments of singletrack mountain bike trails. 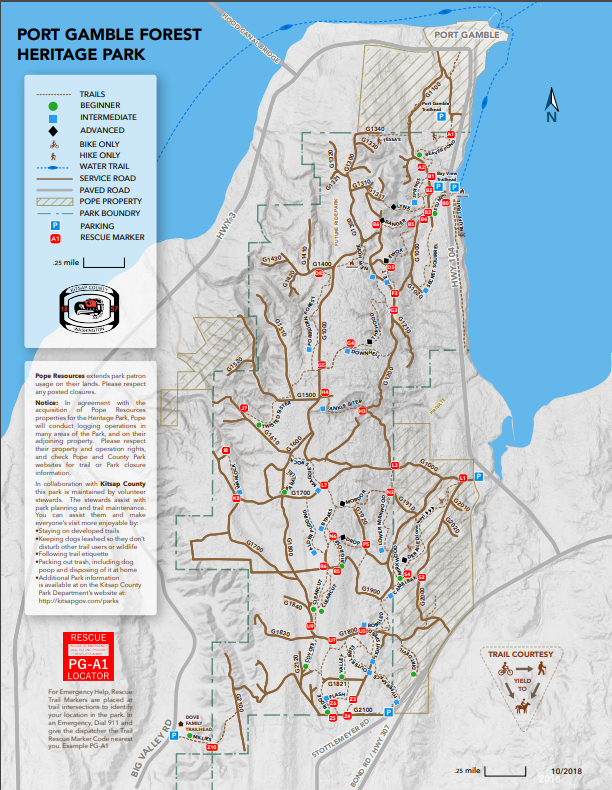 Entering the park, we passed through stands of tall ferns shrouded in fog, rode beneath Douglas firs and past wetlands and beaver ponds. Clearcuts are interspersed with these natural areas. Areas of the park are still being logged under an agreement that allows the former timberland owners to conduct one last harvest of trees over a 25-year period. For now it is a tree farm, but once the timber harvesting is completed the land will be replanted with native species and managed for ecosystem preservation. 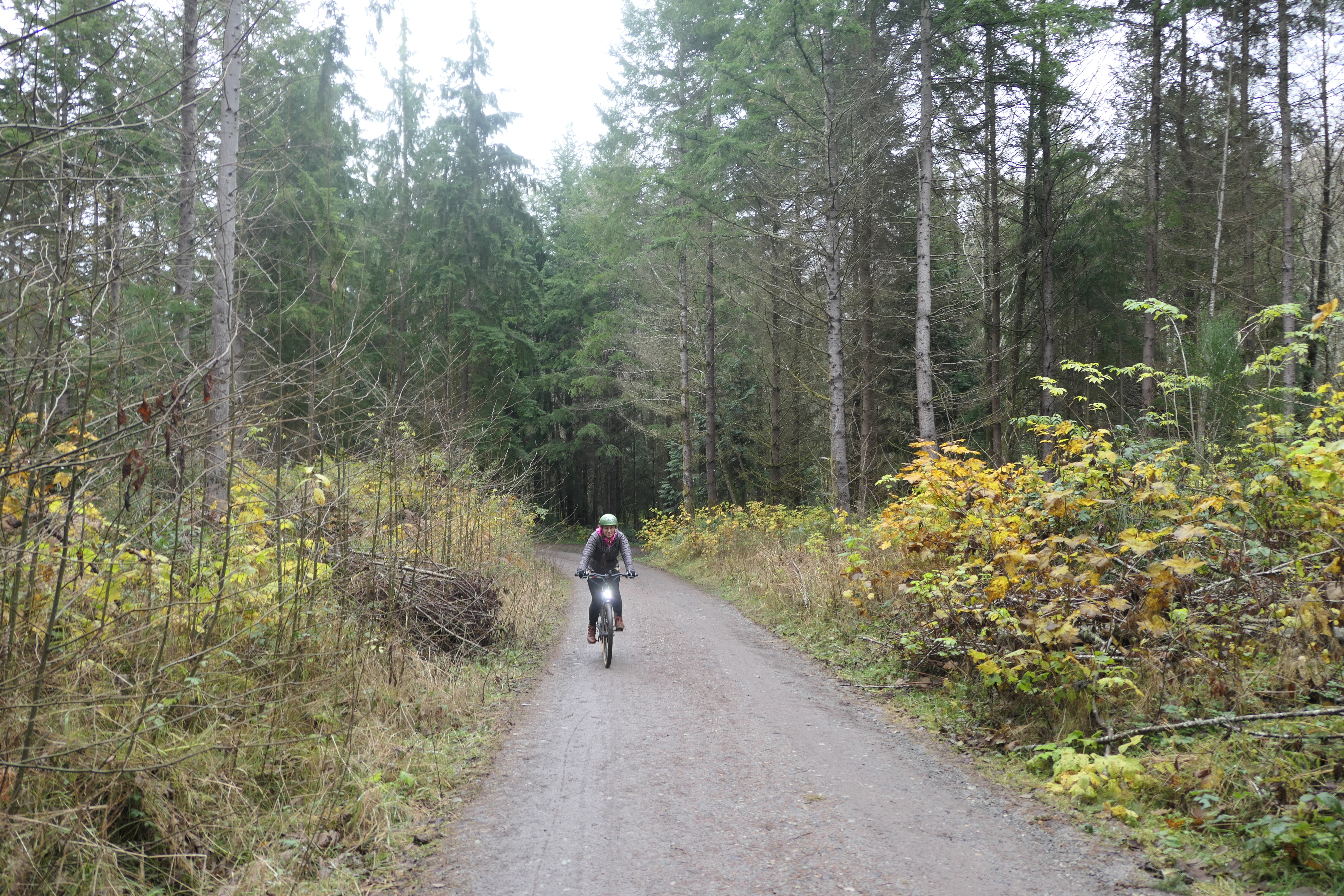 The Port Gamble Forest Heritage Park could one day be part of a larger multi-use trail, the proposed Sound to Olympics Trail that would cross Kitsap County and then proceed over the Hood Canal Bridge to meet the Olympic Discovery Trail on Washington’s Olympic Peninsula.

Cascade is a founding partner of the Leafline Trails Coalition that is looking to link and expand 450 miles of trails, including the Sound to Olympics, across King, Kitsap, Pierce, and Snohomish counties. Still in development, the Sound to Olympics Trail would enable people on bikes to take a ferry from Seattle or Edmonds across Puget Sound, then pedal on safe multi-use trails all the way to the Pacific Coast.

If all goes well, the Sound to Olympics Trail would be part of an even larger East-West bike route called the Washington Cross State Trail System that would enable people to ride the width of the state from the Idaho border to the Pacific on trails. 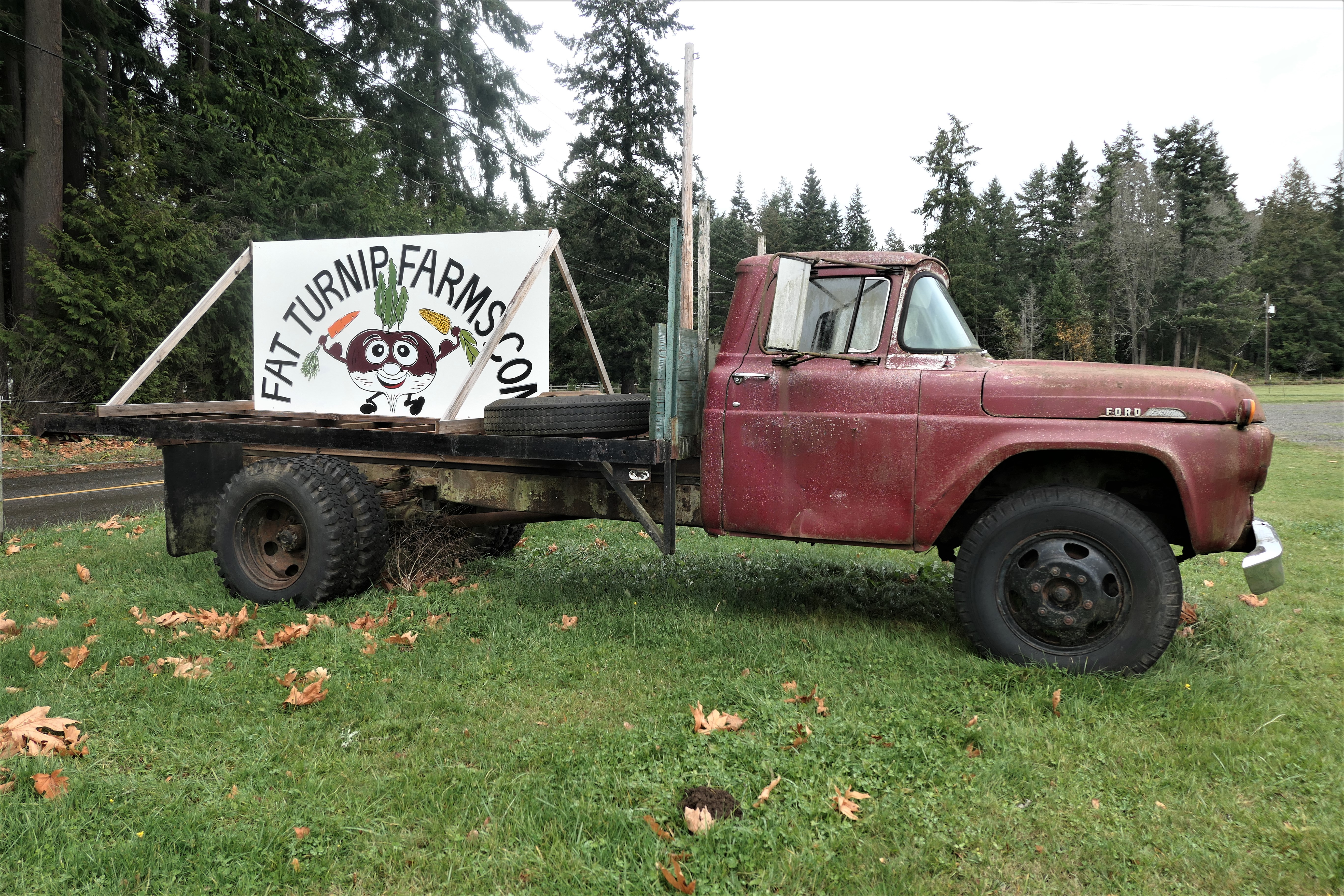 We emerged from our ride in the Port Gamble Forest Heritage Park muddy but refreshed by the beautiful scenery. Heading back to our rented cottage in Eglon, we stopped at a farm stand to purchase some apples and organic produce, and then walked the grounds of the historic Eglon community center and church. 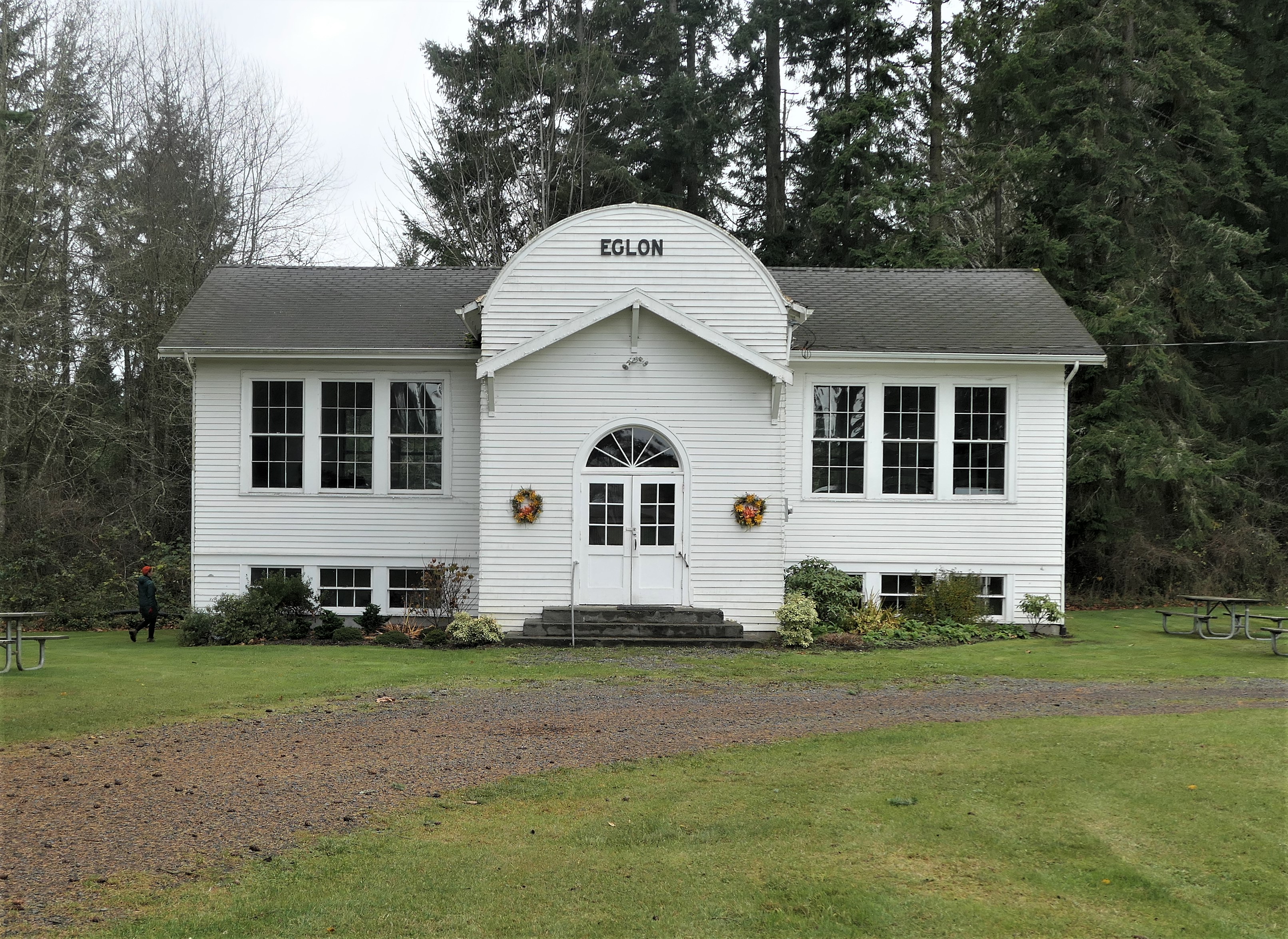 The Kitsap Peninsula is just a short ferry ride from Seattle, but the region’s quiet country roads, history, agriculture and recreational amenities make it an ideal getaway for city residents seeking to de-stress in nature. It is one of the many scenic areas throughout the Pacific Northwest that offers opportunities to explore by bike.

Interested in more bike travel stories in the Seattle region? Read about a Vashon Island getaway by electric bike.