Seattle Opens one of its Prettiest Waterfront Boulevards to Biking, Walking and Rolling | Cascade Bicycle Club
Skip to main content

A three-mile stretch of Lake Washington Boulevard will be open to people, closed to cars, through Sept. 8--and maybe beyond--as Seattle designates more Keep Moving Streets for people to safely recreate during the pandemic. 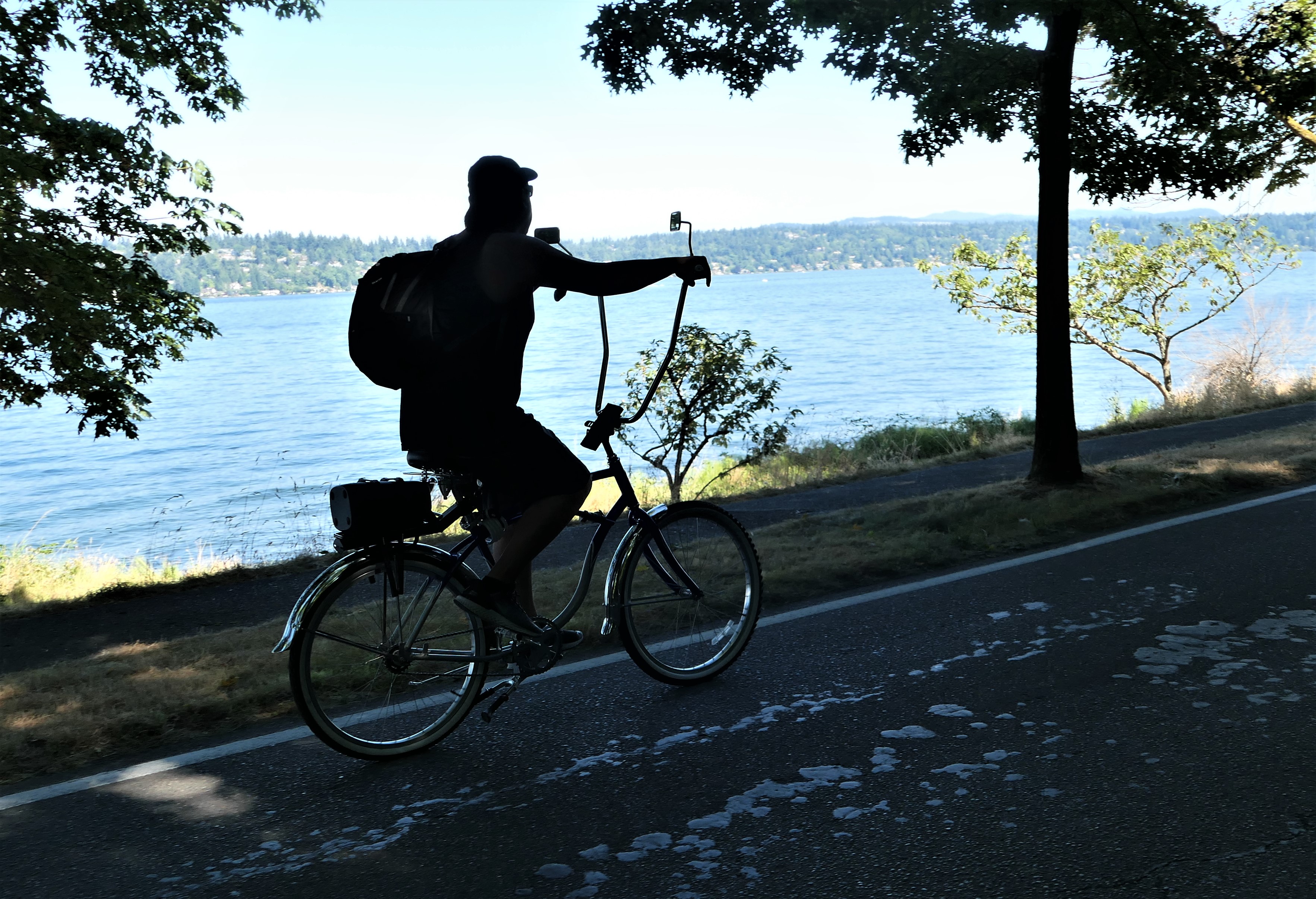 Lake Washington Boulevard hummed with activity on a recent hot summer afternoon as people rode bikes, walked, jogged, roller-skated and skateboarded down one of Seattle’s most popular waterfront streets, which the city recently closed to most automobile traffic as part of its Stay Healthy Streets/Keep Moving Streets program.

“I love the idea of it being closed to automobiles,” said Tiana Colovos, pausing in the shade to enjoy a cool breeze. Nearby, people swam in the lake and picnicked on the grass, while others carried paddle boards and canoes across the road and launched them into the lake.

Colovos lives nearby in the Mount Baker neighborhood, and she exercises along the boulevard almost daily. “I walk with friends or by myself, I jump into the lake and swim, I ride my bicycle; I just love it here.”

That’s precisely why the Seattle Department of Transportation, in partnership with the city’s Parks and Recreation department, opened a roughly three-mile stretch of Lake Washington Boulevard to biking, walking and rolling, with limited automobile access for local residents and essential vehicles. 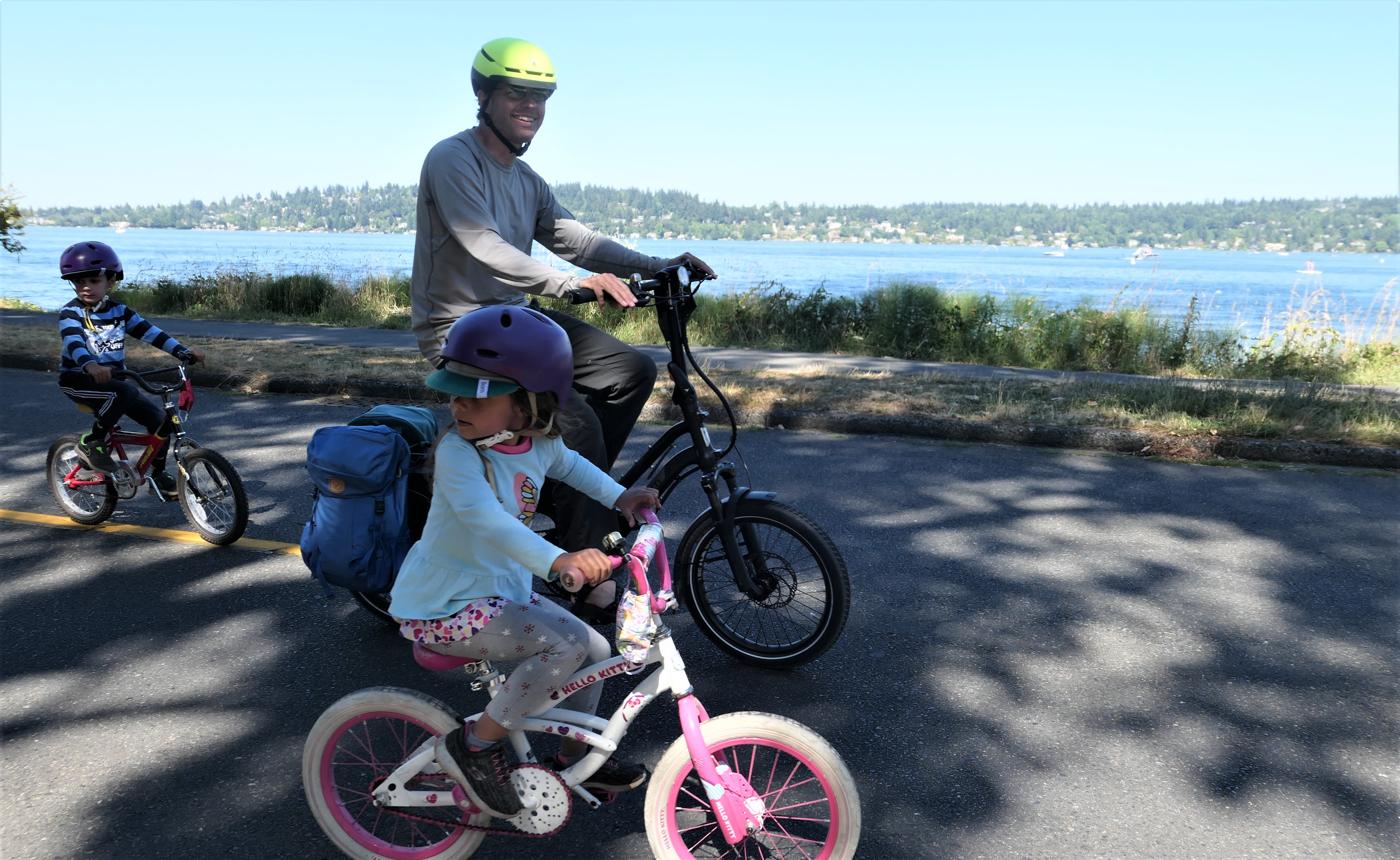 A Keep Moving Street is the city’s classification for a temporary Stay Healthy Street that is near a park where officials want to prevent overcrowding. The closure to most automobile traffic began on July 24 and extends through Sept. 8, with the possibility of an extension through the end of September. The goal is to provide a stress-free and safe place for people to get outside this summer and exercise during the pandemic while maintaining six feet of space.

“The uptick in COVID-19 cases in our region underscores our desire to open up additional public spaces that allow recreation with appropriate social distance,” said a Department of Transportation blog post announcing the closure.

With Seward Park closed to bike riding to create space for people walking, the opening of Lake Washington Boulevard is an important addition for families and individuals seeking places to ride safely in South Seattle. In years past, the same stretch of road has been closed to cars on Sundays from 10 a.m. to 6 p.m. as part of the city’s popular Bicycle Sundays program. Some are calling the closure “Bicycle Sundays, but everyday.” 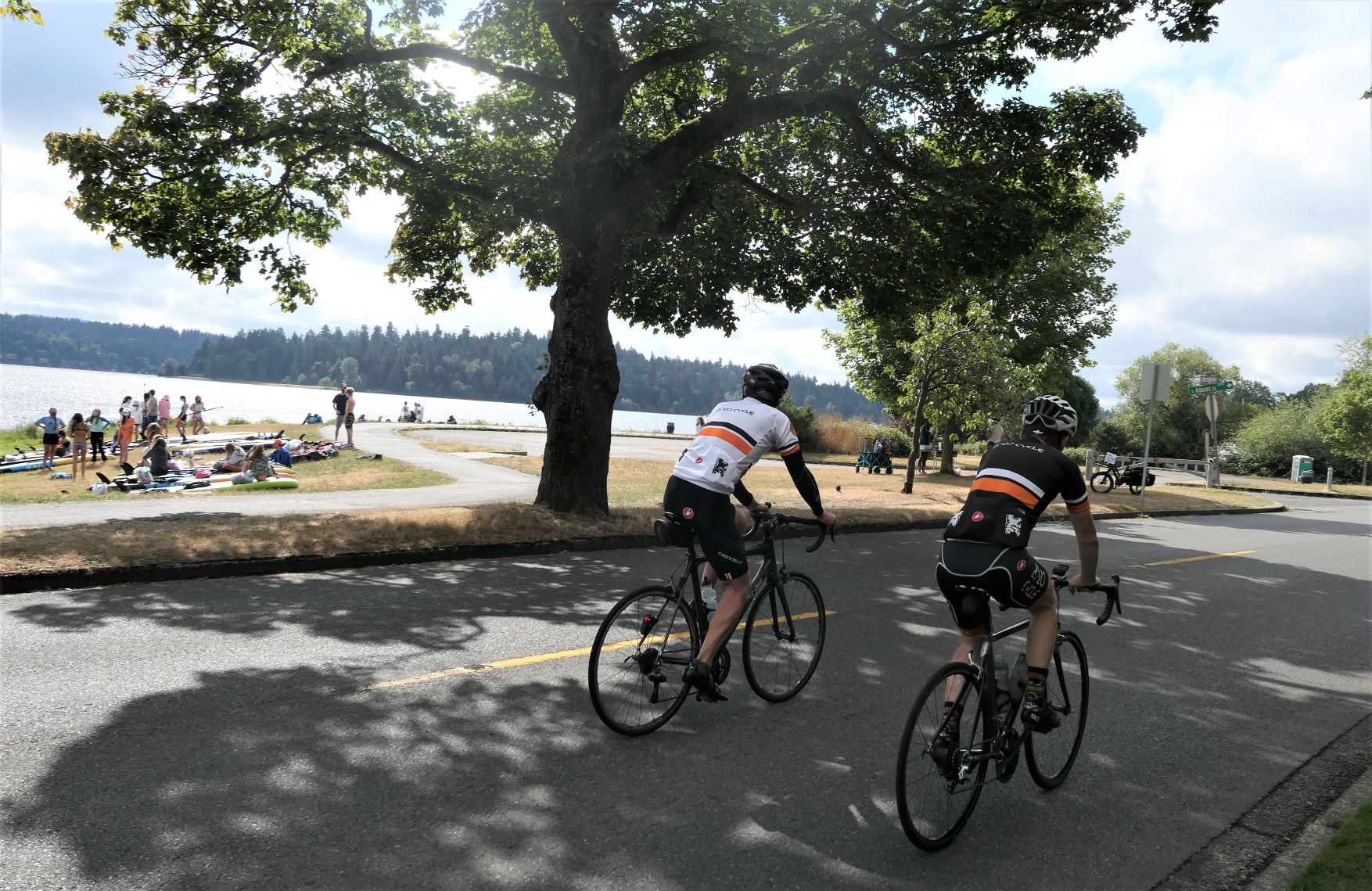 The city closed the boulevard, starting at Lake Park Drive South and extending to the entrance of Seward Park, following a successful five-day pilot program in June. About 67 percent of respondents to the city’s online survey about the five-day pilot on Lake Washington Boulevard supported the initiative as is, while about 27 percent disliked it, and the remainder suggested modifications.

Colovos was among those who wrote a letter to the Seattle Department of Transportation in support, and she encouraged her neighbors to do so as well. “I haven’t spoken to anyone who does not want it closed to cars,” she said.

Despite the large Street Closed signs and wooden barricades, a few cars occasionally drove down the boulevard on Monday afternoon, their drivers seemingly confused. Most drove slowly, but a couple of SUVs sped past and revved their engines--apparently angry about the bikes blocking the road. 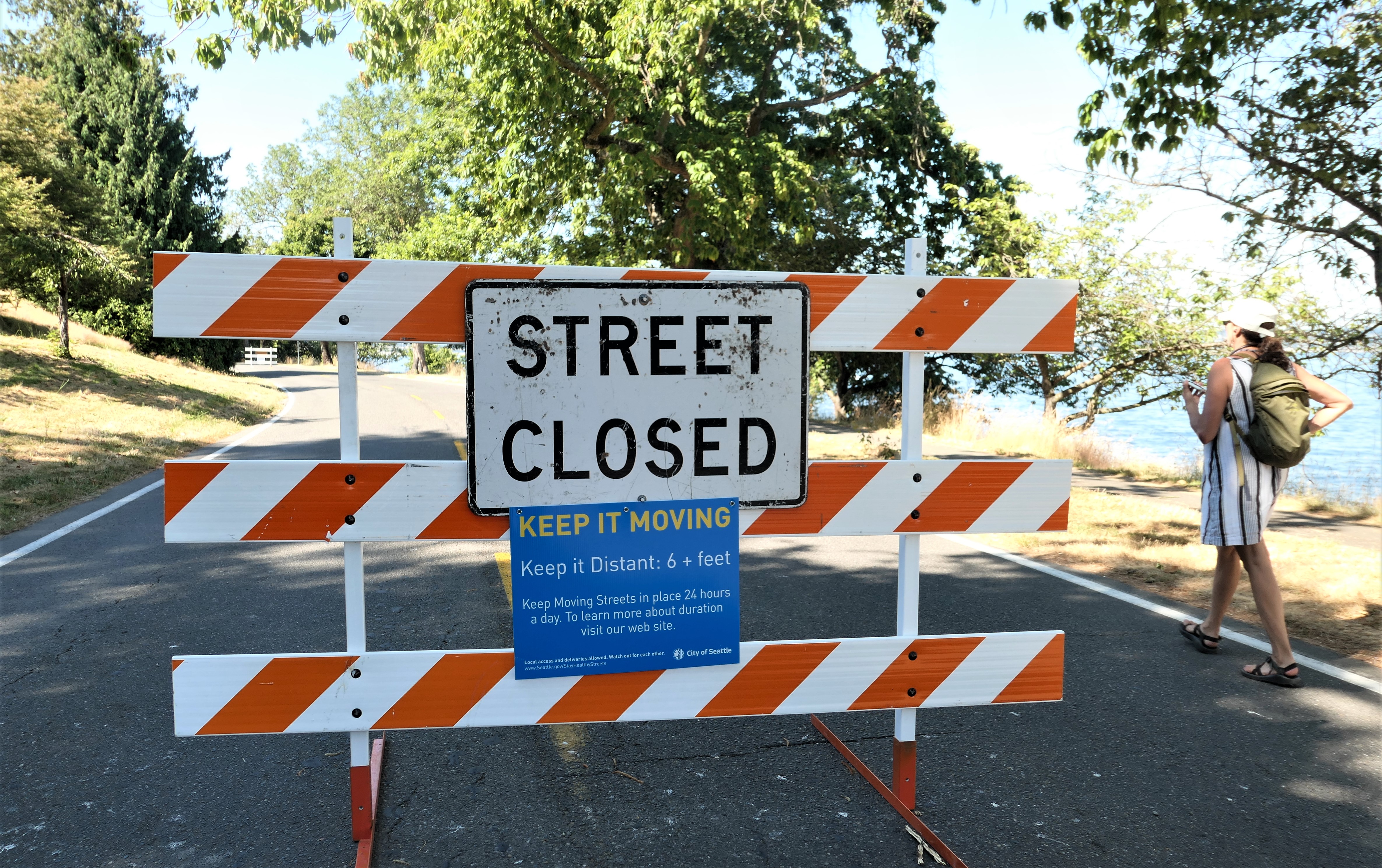 “We still have a problem with motorists disregarding the signs,” said a Seattle Parks and Recreation lifeguard who was monitoring activity along the waterfront. He moved a Street Closed sign back into place that had been pushed aside. “But by and large it is working well, aside from a few scofflaws.”

As of Monday, July 27, the city had not yet placed the concrete barriers in the road that would make it more difficult for cars to access the boulevard--and impossible for people in cars to move aside.

Seattle Department of Transportation (SDOT) spokesperson Ethan Bergerson said the city plans to erect signs reading, “Lake Washington Blvd Closed Ahead,” to limit traffic on surrounding neighborhood streets. “We will do that as soon as our SDOT Sign Shop has capacity to make the signs,” he said. 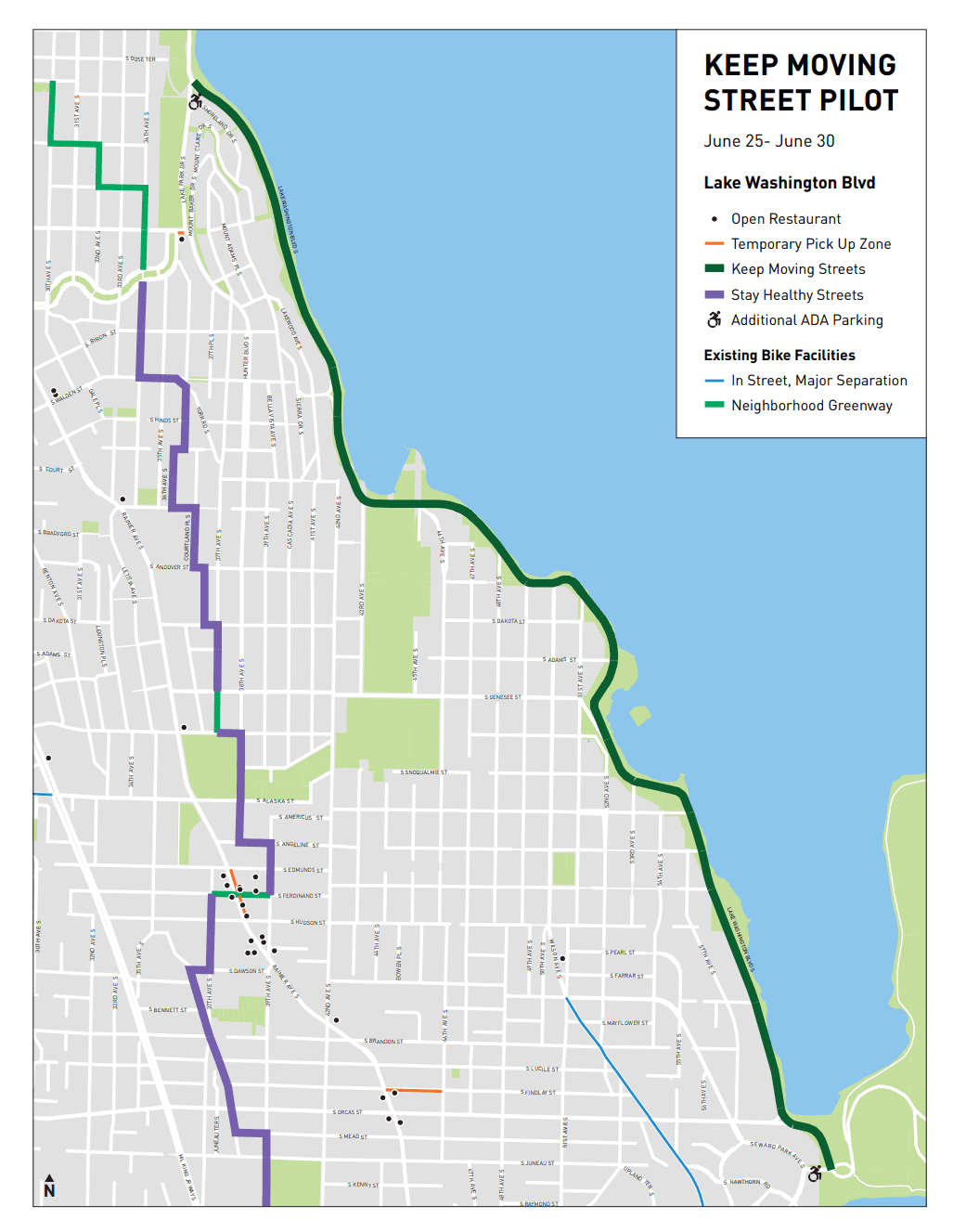 Seattle has also opened Keep Moving Streets in several other locations: West Green Lake Way North, Alki Point and Golden Gardens Drive NW.  The city’s efforts are part of a national and international movement called Open Streets, which seeks to close streets to cars and open them to people. Seattle gained national media attention in May when it announced that 20 miles of temporary Stay Healthy Streets would be permanent.

Encouraging Seattle and other Washington communities to open more temporary biking and walking routes is a top policy objective for Cascade during the COVID-19 crisis.

“Cascade applauds SDOT for providing more places for people to safely recreate and enjoy the outdoors. The reality is it is difficult to stay physically distanced while walking and biking in car-dominated spaces,” said Cascade Policy Director Vicky Clarke. “My family and I visited the Golden Gardens Keep Moving streets over the weekend and loved being able to hear birds sing and joyful people sounds -- a vast improvement from traffic noise.” 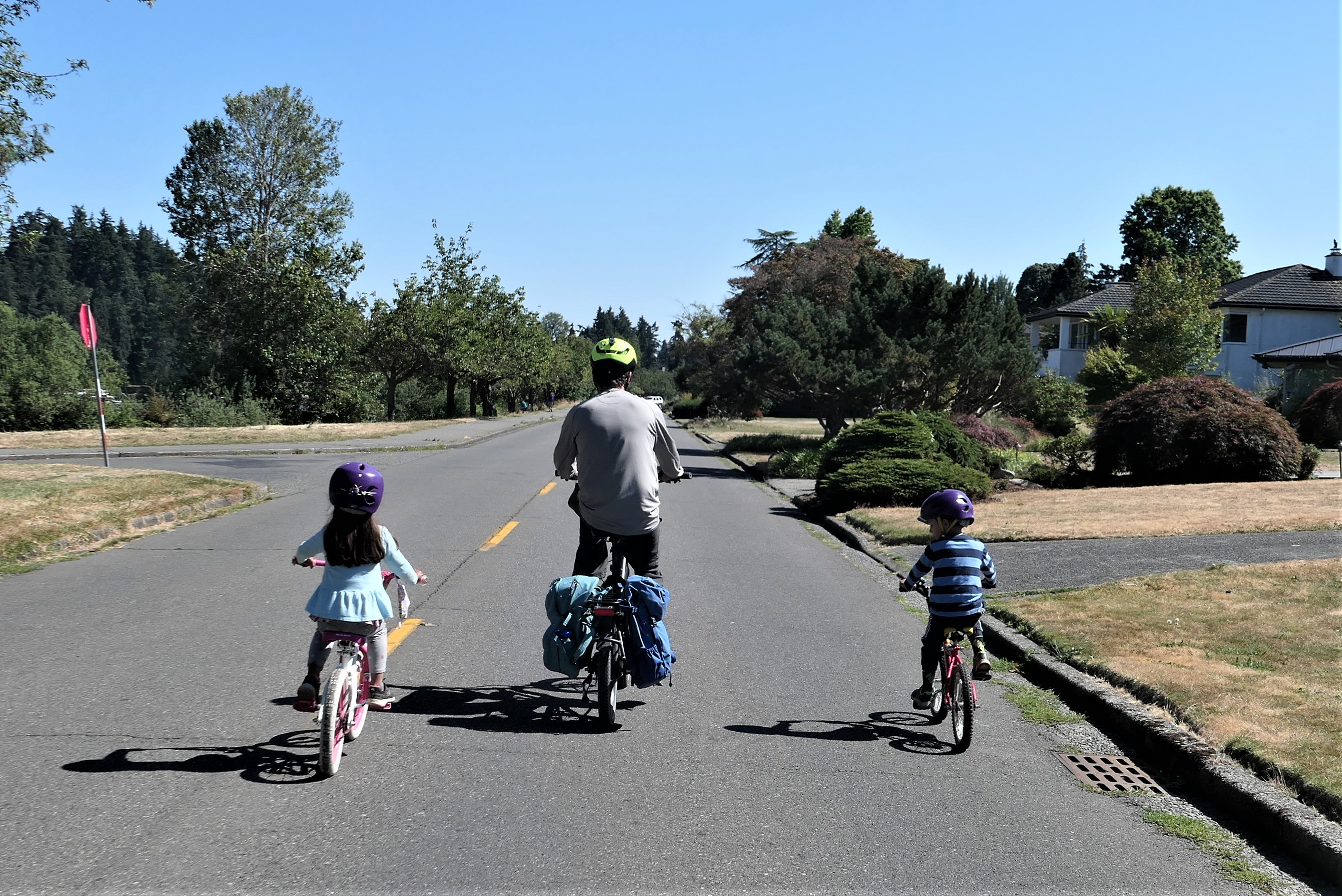 Based on how the Lake Washington Boulevard experiment goes, the city will decide around Labor Day whether to extend the traffic closure through the end of September.

Keeping the street closed to traffic longer would suit David Panther just fine. “I think it’s great,” said Panther, pausing during a bike ride. A Cascade member, he lives nearby and rides his bike along the waterfront multiple times per week. Panther also filled out the online survey in favor of the Keep Moving Street initiative.

“I’m an old man, and bicycling is my favorite means of exercise as my knees have gotten creaky. Having the road closed to cars is just fantastic because it eliminates the stress,” Panther said, adding: “If only we could make it permanent.” 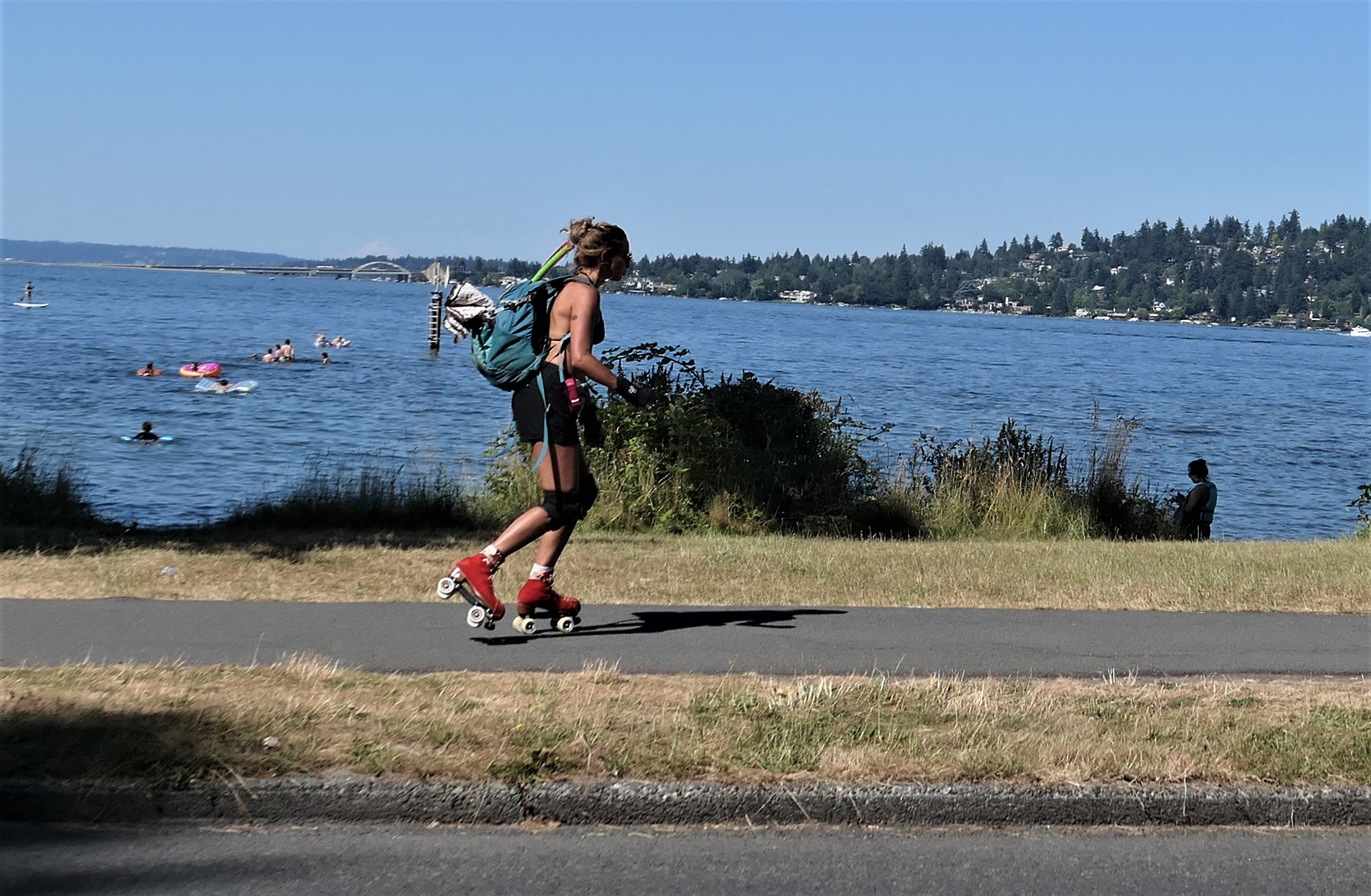 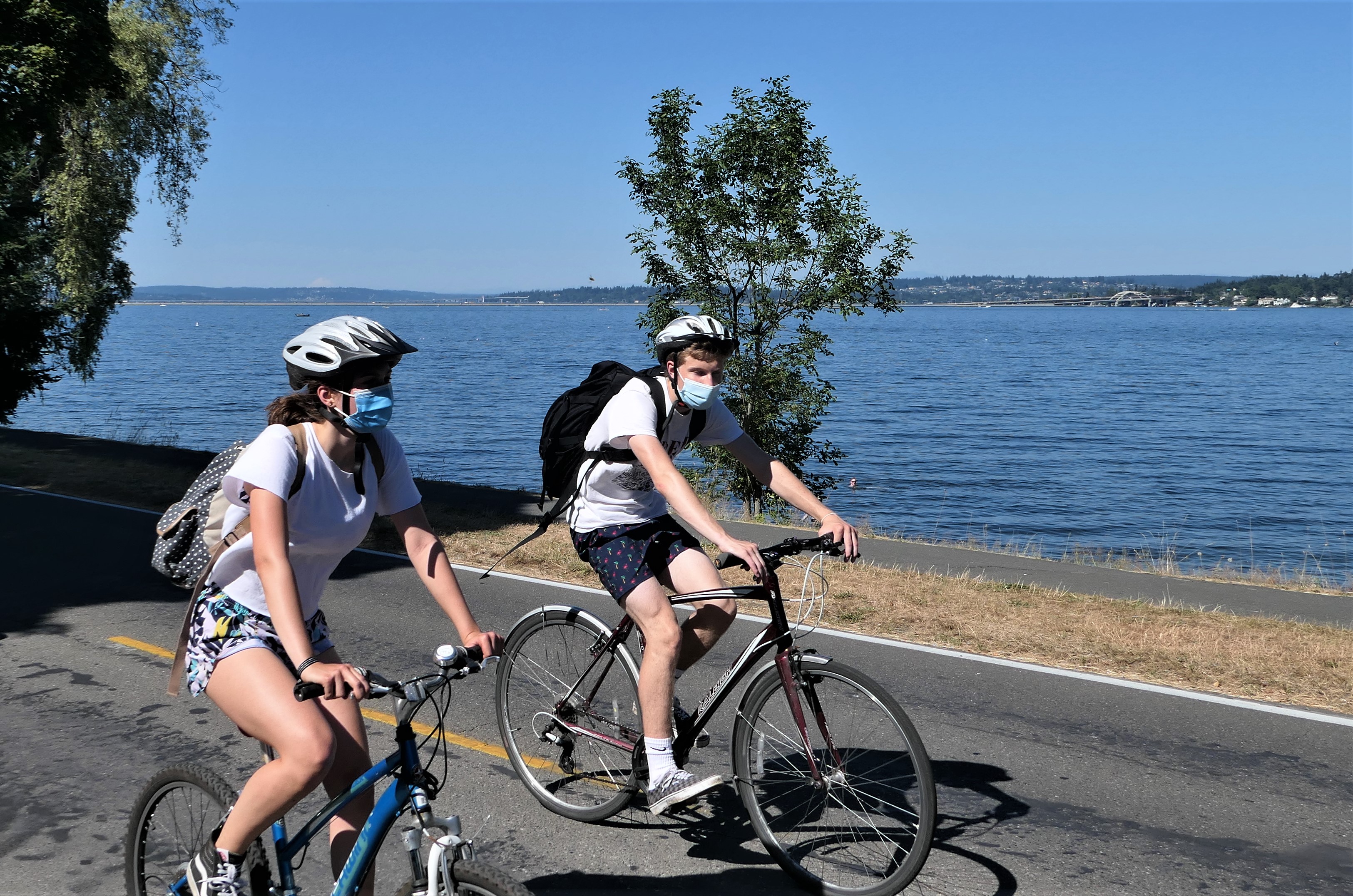