Tell Seattle leaders that the Basic Bike Network makes a positive difference in how you move around the city - and that completing the network now matters more than ever.

Cascade Bicycle Club and Seattle Neighborhood Greenways launched the Basic Bike Network campaign in early 2017 to re-focus energy on the need for an all ages and ability bike network downtown, and with an aggressive but realistic goal of a completed Basic Bike Network by the end of 2019. Together, thanks to your advocacy, support from elected leaders, and hard work by dedicated SDOT staff, we’ve made significant progress – but gaps still remain. The Basic Bike Network is not yet complete, and our advocacy must continue.

Contact Seattle’s Leaders Now: Thanks for the routes so far, now let’s complete the network

While there is still more to do to complete the Basic Bike Network, connectivity to and through downtown, between the 2nd Ave “spine” and neighborhoods to the north, and connectivity east and south of downtown will improve significantly this year.

Last week, alongside Mayor Jenny Durkan, SDOT Director Sam Zimbabwe, and other community advocates, we recognized the hard work that’s propelled us this far – especially from caring neighbors and community advocates like you – and acknowledged this year’s accomplishments towards connecting downtown by bike. 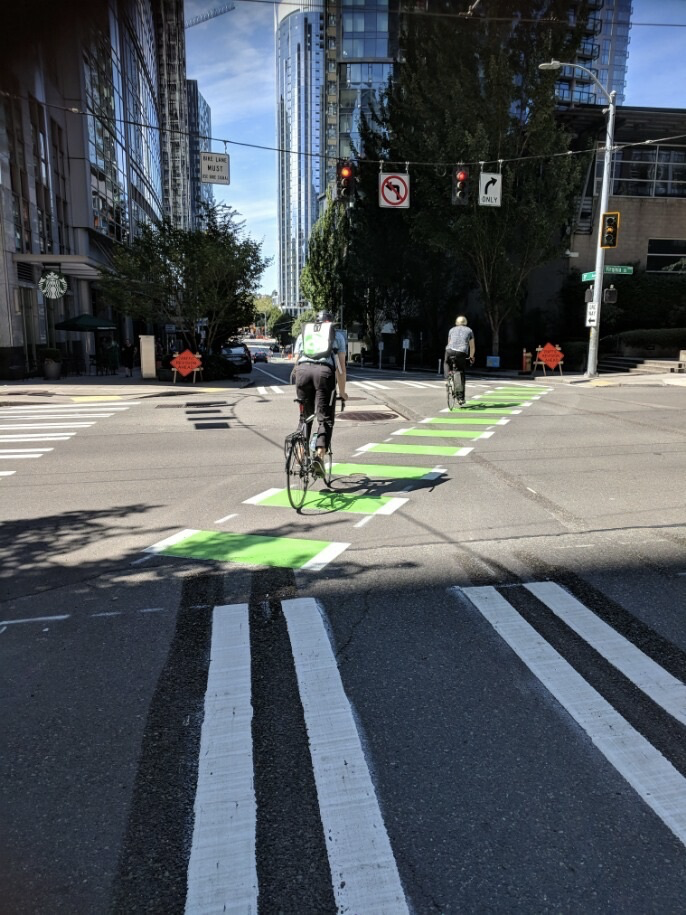 New on the ground this year
By the end of 2019, we’ll see new protected lanes through downtown, making a difference in people’s lives to support more people accessing safe, active transportation options. The newest bike lane on 8th Ave runs parallel to the southbound lane on 7th Ave, and it’s the first of four network segments being constructed from now until the end of 2019. The map shown below shows the three additional projects that will be on-ground by the end of the year: 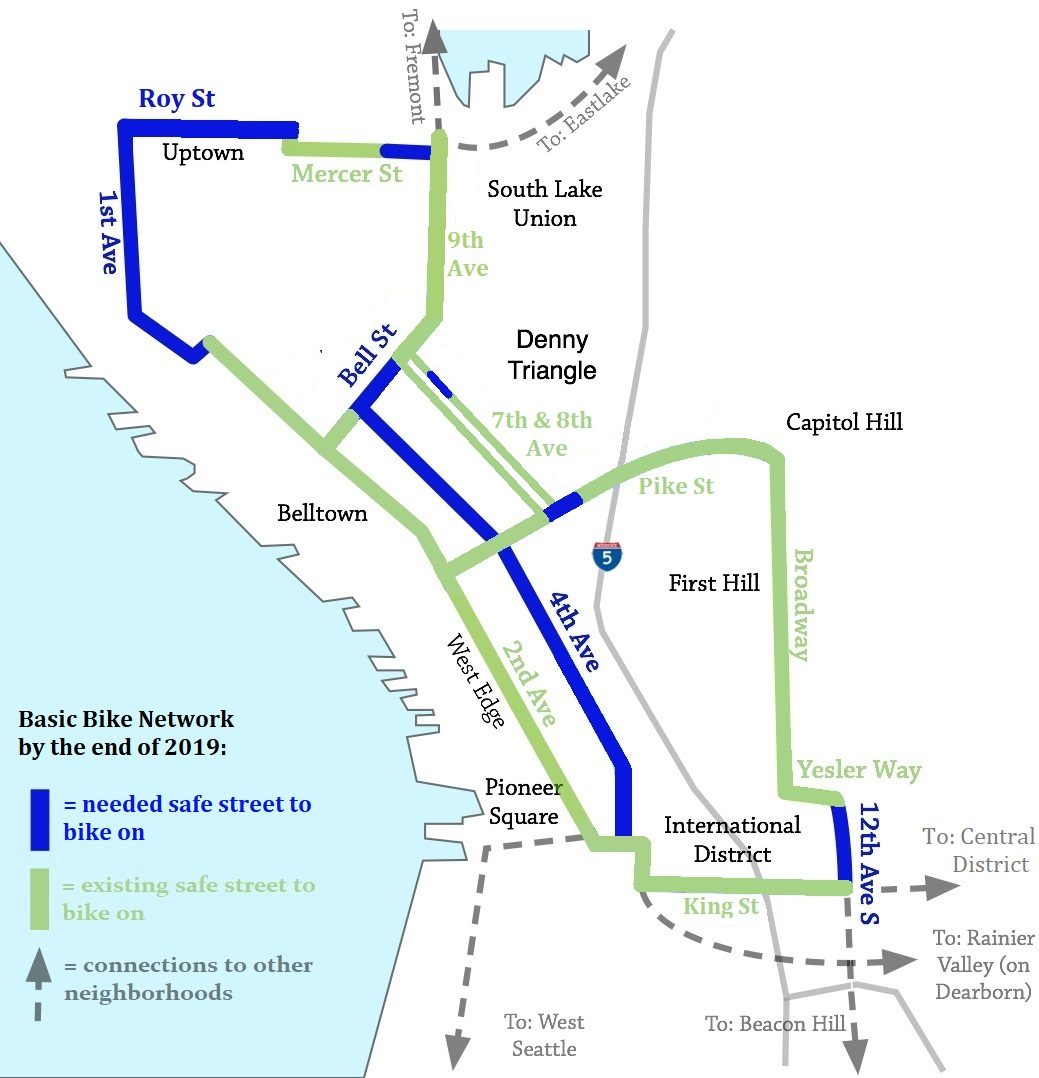 Critical Connection Gaps to Advocate For
Obviously, there are some critical connections left unfilled. To ensure everyone can bike safely on city streets, we’re advocating to fill the following gaps in the Basic Bike Network. We know that a network is only as strong as its weakest link.

Critical gaps left to fill in the Basic Bike Network:

1) Pike from 6th to 9th: Whether traveling south via 7th, or north via 8th, this gap significantly lessens the end to end connectivity between the new “north end” connection and the 2nd Avenue spine. For people traveling to or from Broadway and downtown, this gap forces people on bikes to either ride in traffic, or move onto the sidewalk for two blocks of uphill travel.

2) 4th Ave through Downtown: We simply need another major connector like 2nd Ave to make it safe to bike in Seattle, and encourage riders to choose bikes. Important destinations like the library are along the 4th Ave route.

3) Bell St from 2nd to 9th: Coming from or going north of downtown, Bell St is a more intuitive connection from the 2nd Ave “network spine” to the Westlake Cycle Track. Planning for Bell St. is in the works.

We’re committed to closing gaps in the Basic Bike Network, and making biking to and through downtown seamless and safe, irrespective of age, ability, background, and comfort level. You can help now by sending your message to SDOT, Mayor and Council now. City leaders need to hear from you about how the Basic Bike Network makes a positive difference in your life.