You're at a city council meeting celebrating the adoption of the new bicycle master plan and a commitment to building it out. You're at the ribbon cutting for the final connection of local bike lanes to the regional trail system. Your town is named a Bicycle Friendly Community and you can see why. This happens because Cascade works with communities in identifying and promoting bicycle-friendly policies and investments that make bicycling safer and more accessible.

As a 501(c)(3), Cascade endorses bike-friendly policies and investments across the state of Washington, and we have a history of helping ballot measures pass successfully. In 2015, Cascade rallied hundreds of volunteer hours to pass the Levy to Move Seattle. 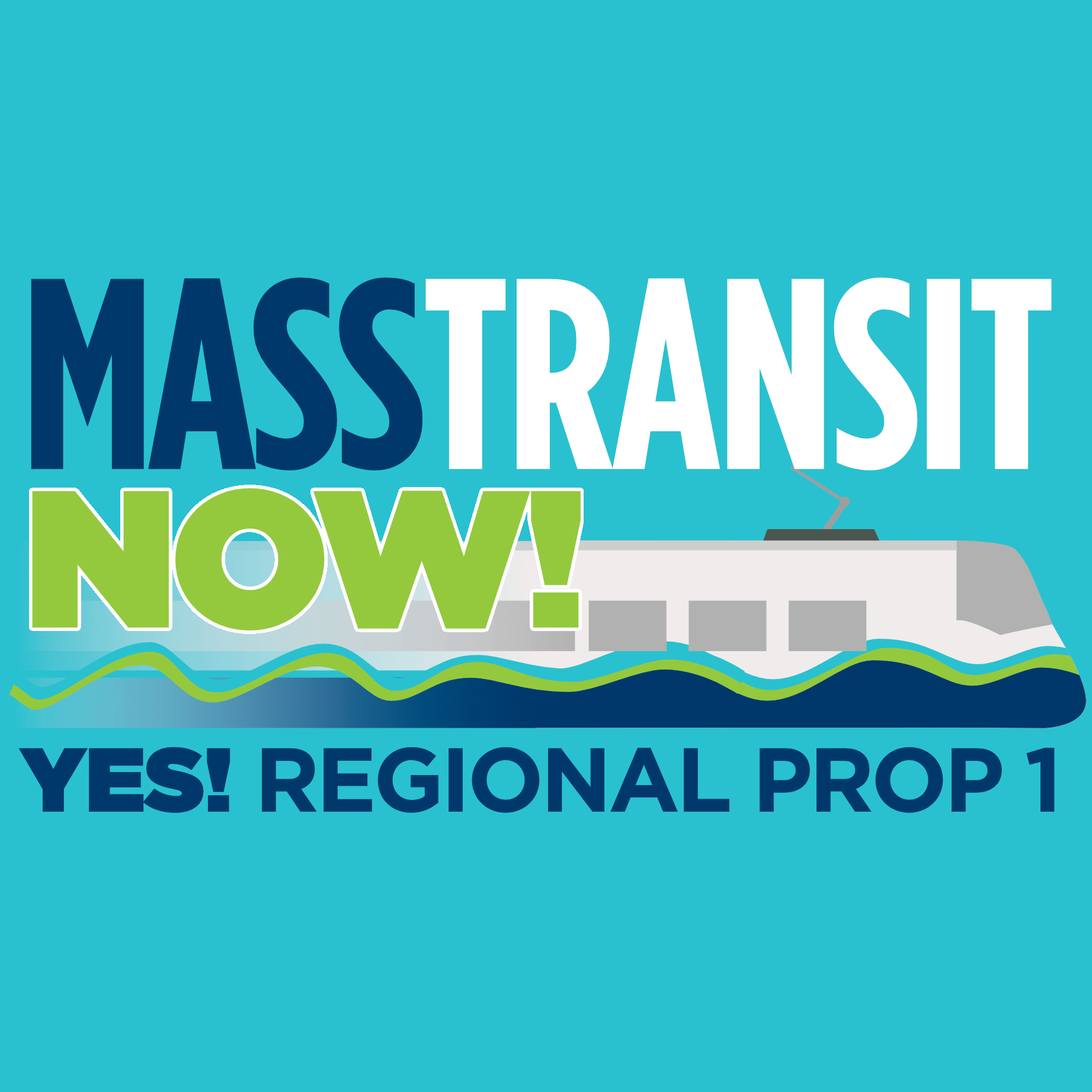 A $54 billion plan that would build 62 miles of light rail, additional bus rapid transit improvements, and approximately $270 million in biking and walking access improvements at and around stations, as well as a $100 million access fund that would build biking and walking improvements systemwide. Additionally, future revenues through managed parking will be directed toward making it easier to walk and bike to transit. Regional Prop. 1 is an opportunity to connect Everett to Tacoma, Seattle to Redmond, and all the communities in between with 116 miles of Sound Transit light rail, commuter rail, bus rapid transit and express buses.

From now until election day, we're calling on volunteers like you to help spread the word to voters all around the region by encouraging them to vote "yes" on Prop 1!

The Bellevue Transportation Levy is a 20-year property tax levy that would raise approximately $140 million for neighborhood safety, connectivity, congestion improvement, sidewalk, bicycle, technology and maintenance needs. Notably, this levy would improve the potential for investments in Bellevue's Bicycle Network.

Kenmore "Walkways & Waterways" Bond Measure is a $19.75 million bond measure would invest in 5 significant bicycle and pedestrian and placemaking projects. It would invest in Juanita Drive improvements that would add bike lanes from Kirkland city limits north to 170th Ave (Simonds Rd.). An additional project would connect Safe Routes to Schools projects together with downtown.

A $50 million bond measure that would invest in four projects across Issaquah. A highlight includes investments in two discrete projects on segments of Newport Way that would build bike lanes and/or a multi-use path parallel to the corridor.