A recent Washington Supreme Court ruling in Schwartz v. King County will lead to safer bicycling in our state. The case clarifies when landowners who allow their property to be used for recreation can be held liable for injuries there.

The case involves a horrific bike crash, Washington’s Recreational Use Immunity law, and the meaning of the word “latent.”

“We are very happy with this ruling,” says Bob Anderton, founder of Washington Bike Law, the firm that represented Cascade as Amicus Curiae at the state Supreme Court. “It provides a more workable standard, upholds the public policy of encouraging access to land for safe bicycling and other recreational activities, while still providing reasonable limits on landowners’ responsibility for injuries.” 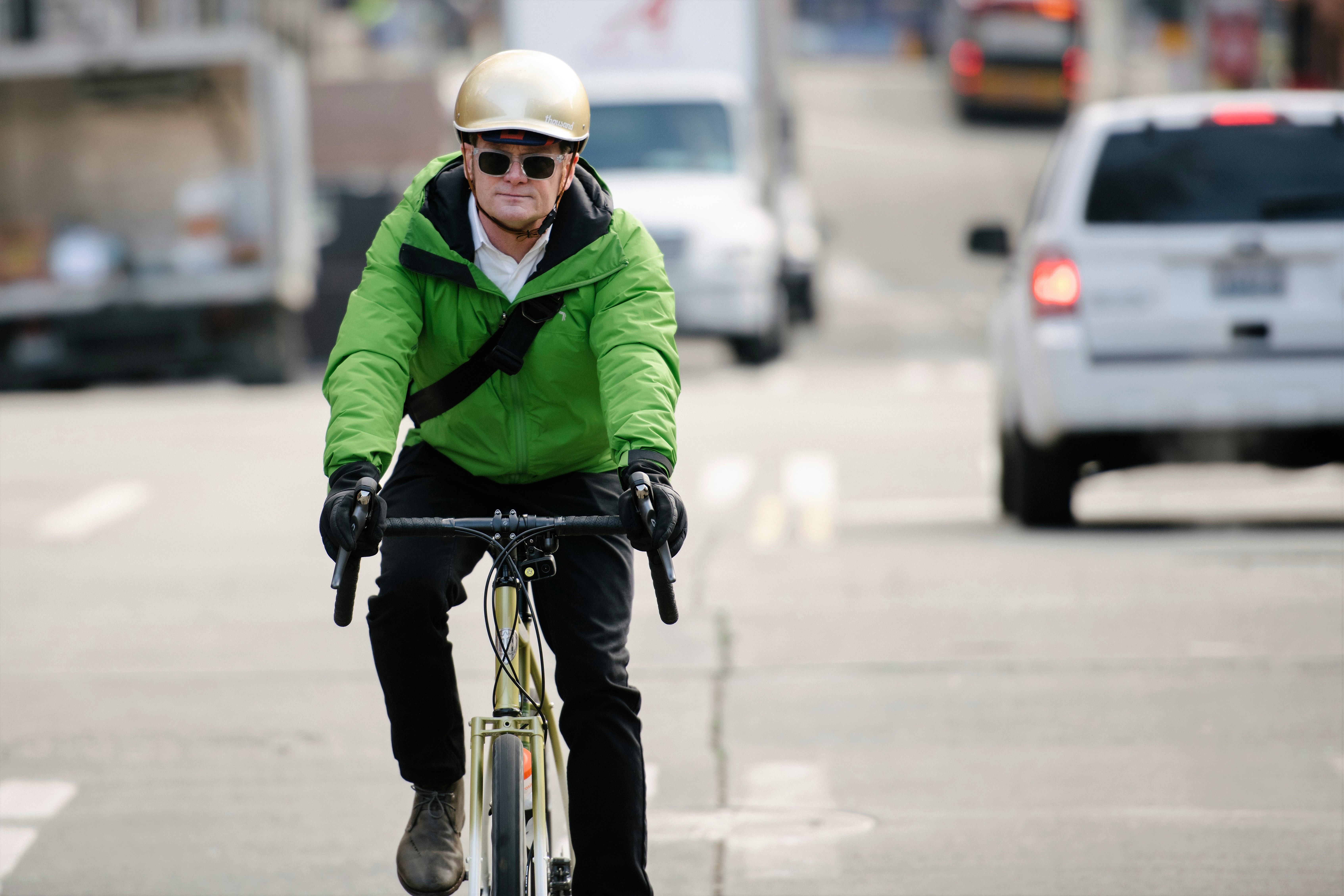 Bob Anderton, above, doing what he enjoys when not arguing court cases.

The Facts of the Case

In 2017, Carl Schwartz was bicycling on the Green River Trail when he struck a bollard, causing his carbon fiber bike to shatter and for him to hit the pavement head-first. Despite wearing a helmet he is now paralyzed from the neck down and relies on a ventilator to breathe.

Schwartz sued King County, owner of the trail, but the trial court dismissed his case under the Recreational Use Immunity law, RCW 4.24.210. Schwartz appealed and the Court of Appeals reversed, but the County appealed to the Washington Supreme Court.

Acting pro bono on behalf of Cascade, Washington Bike Law briefed the court that the bollard was “functionally invisible” for people using the bike trail. The brief also asked justices to clarify the test for landowner liability under the Recreational Use Immunity (RUI) law.

“The court pretty much adopted the legal standard that we proposed,” Anderton says. We spoke with Anderton for a Q&A about the ruling and the state law at the center of this case.

What is Recreational Use Immunity?

Anderton: Washington passed legislation in 1967 that makes landowners (including governments) who allow the public to access properties for recreation without charge not liable for unintentional injuries. The idea was that the RUI law would encourage landowners to open areas for recreational activities--including bicycling– that the public would otherwise not be able to access.

Although the RUI law generally says that landowners “shall not be liable for unintentional injuries,” there is an exception if a person is injured by a “known, dangerous, artificial, latent condition for which warning signs have not been conspicuously posted.”

Numerous court decisions have interpreted Washington’s RUI law over the past five decades, but a 2015 Washington Supreme Court interpretation resulted in injured people increasingly being unable to prove that a condition was “latent.”

What is latency and how was the court’s previous interpretation problematic?

Anderton: Latency, in the context of the RUI law, generally means something is not readily apparent to the recreational user. However, in 2015 the Supreme Court ruled in Jewels v. City of Bellingham that “if an ordinary recreational user standing near the injury-causing condition could see it by observation, without the need to uncover or manipulate the surrounding area, the condition is obvious (not latent) as a matter of law.”

Cascade argued in the Schwartz case that the “standing near” test conflicted with prior law. More importantly from our perspective, the test was harmful in that it set an unworkable and unrealistic standard for bicyclists and other recreational users who encounter dangerous conditions known to landowners while engaged in foreseeable movement.

Why was the “standing near” test problematic?

Anderton: Cascade’s Amicus brief argued the test was harmful because landowners could avoid responsibility for known hazards (like the bollard in Schwartz) if a person could see it while standing next to it, as opposed to considering what a recreational user could actually perceive while riding toward it:

The standard for latency should not always be stationary visibility. The general class of recreational users on a mixed-use trail do not stand and observe; they are moving as intended—riding bikes, walking, running, or rolling in wheelchairs. This unworkable universal “standing” standard removes the incentive to remove or repair known hazards in areas that are open to the public. While Recreational Use Immunity may increase access to areas that would otherwise not be made available to the public, Mr. Schwartz’s crash shows that the expanding Jewels latency test would go too far in insulating landowners from responsibility.

In Schwartz, King County was attempting to expand the latency test (which would have been even more problematic) by suggesting a photographic standard for latency, arguing that “the bare fact” that a photo existed “means as a matter of law, it is an obvious bollard, not a latent one.” Thankfully, the Supreme Court rejected King County’s argument.

Cascade pointed out multiple problems with a photographic standard, including that: “Technology is constantly changing and cameras can already record more than what ordinary recreational users can perceive with their eyes.”

Cascade suggested to the Court:

A better test for latency would take into consideration human factors under actual conditions, not photos taken out of context. Here, two experts explained why the human eye would not see the bollard, particularly when moving at a reasonable speed as intended. This latency was shown not just through expert testimony, but throughout the record in this case, where many people reported that the County’s bollards were dangerous, inadequately marked, and invisible to bicyclists and other non-motorized travelers. The danger of inadequately marked and poorly placed bollards has been known for decades.

Given the importance of bicycling in Washington, the Court may choose to go further and set out a clearer test for latency. Cascade respectfully suggests that such a test would be whether a reasonable recreational user would observe the condition when using the area in a reasonably foreseeable manner.

Anderton: I think that it did. Cascade’s name carries tremendous power as the largest statewide bicycling nonprofit in the United States. The key part of the Court’s opinion closely mirrors the standard Cascade proposed.

Why is this ruling important for people on bikes and for landowners?

Anderton: This ruling will protect people on bikes and other recreational users by motivating landowners to fix known dangerous conditions.

Landowners who make areas available for recreational use are still not liable for unintentional injuries if: 1) they do not know of a condition that causes an injury; 2) a person is injured by a natural land condition (not “artificial”); or 3) where landowners conspicuously post signs warning of a condition they know to be dangerous.

Now, if someone is injured on land that is subject to the RUI law, they no longer need to meet what was increasingly becoming an impossible “invisibility” standard to prove that a condition was latent.

I’m grateful to Cascade for allowing Washington Bike Law to advocate this important case on its behalf and on behalf of people who ride bikes across our state.

Cascade Bicycle Club is likewise thankful to Anderton and Washington Bike Law for their work to make Washington state safer for people on bikes.