E-ballots will be delivered to active Cascade members December 2, 2022 and must be submitted by December 16, 2022.

We have two seats up for election. Over the past months, we’ve received great nominations. After review, the search committee is happy to present the following new candidates to the Cascade Board of Directors.

If elected (or re-elected), the board members will serve a three-year term beginning in 2023. Ballots will be emailed one month from today on Dec. 2, and members will have until Dec. 16 to finalize their ballot and submit their vote. 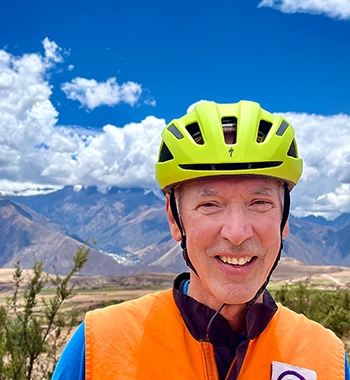 Demi was a corporate lawyer in the biotech/pharmaceutical industry for more than 20 years, commuting to work by bike in Seattle for much of that period. But the time came when he had to do work more aligned with his passions for active transportation and biking. So, he got his MBA in Sustainable Business and took a job as the General Manager for the first bike share system in Seattle. He learned a lot from the Pronto experience and moved on to work with JUMP, the shared e-bike provider that was acquired by Uber. JUMP showed that e-bikes can play a meaningful role in urban transportation and prompted many people to buy their own e-bike after trying the shared bikes.

After a final role working on deploying charging infrastructure for electric bikes and scooters (also known as light electric vehicles or LEVs), Demi retired. He is now focused on travel and exploration with his wife Cezanne, as well as advocating for better bike facilities on Bainbridge Island (his home) and elsewhere. He enjoys hiking and swimming along with biking and recently added a mountain bike to go with his gravel/commuter bike. He is pleased with the improvements in Seattle’s bike infrastructure over the past 10 years and looks forward to seeing even more safe places for people of all ages and abilities to ride for transportation or fun (or both!). 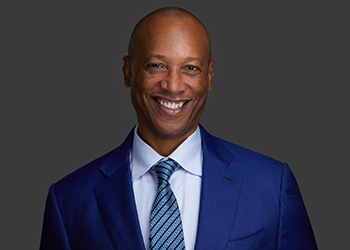 James Dorsey is President and CEO of College Success Foundation, a national nonprofit dedicated to coaching and supporting students from low socioeconomic backgrounds to prepare for and graduate from college as transformational leaders in order to forge a just and equitable society. In this role, James oversees all aspects of the organization that has supported more than 11,000 underserved students to graduate from college. As Cascade expands its bike education programs statewide, James will offer a critical perspective in growing the organization sustainably.

James has dedicated his career to education reform and leading national, statewide and campus-based programs to improve educational equity for underserved students. James holds both a bachelor's and a master's degree from California State University.

Electronic voting will be available to all Cascade members on December 2, 2022 via email. Keep your eyes out for an email from Cascade Bicycle Club with your personalized voting link, and review your cascade.org account to keep your email address up to date. Please contact Cascade if your membership is active and you did not receive your personal e-ballot.