Score a goal for health and sustainability by pedaling your bike to Seattle Sounders soccer matches.

Thanks to a partnership with the Sounders, Cascade Bicycle Club is providing free and secure bike valet services for the July 9 and Aug. 14 home games. Drop off your bike with Cascade staff members at the bike corral on the northwest corner of Lumen Field and we will hold it for you to pick for an hour after the match.

“You’ll arrive at the games happy, refreshed, and ready to cheer for the Sounders, and we will be there to watch your bike so it’s ready for you after the match,” says Cascade Operations Manager Kristen Lee, who is overseeing the bike valet service in partnership with the Sounders.

Cascade offered the bike parking at two previous home games with resounding success, and we are offering the service for four games total this season. Cascade members who have taken advantage of the secure bike corral at previous games say it’s a winner. 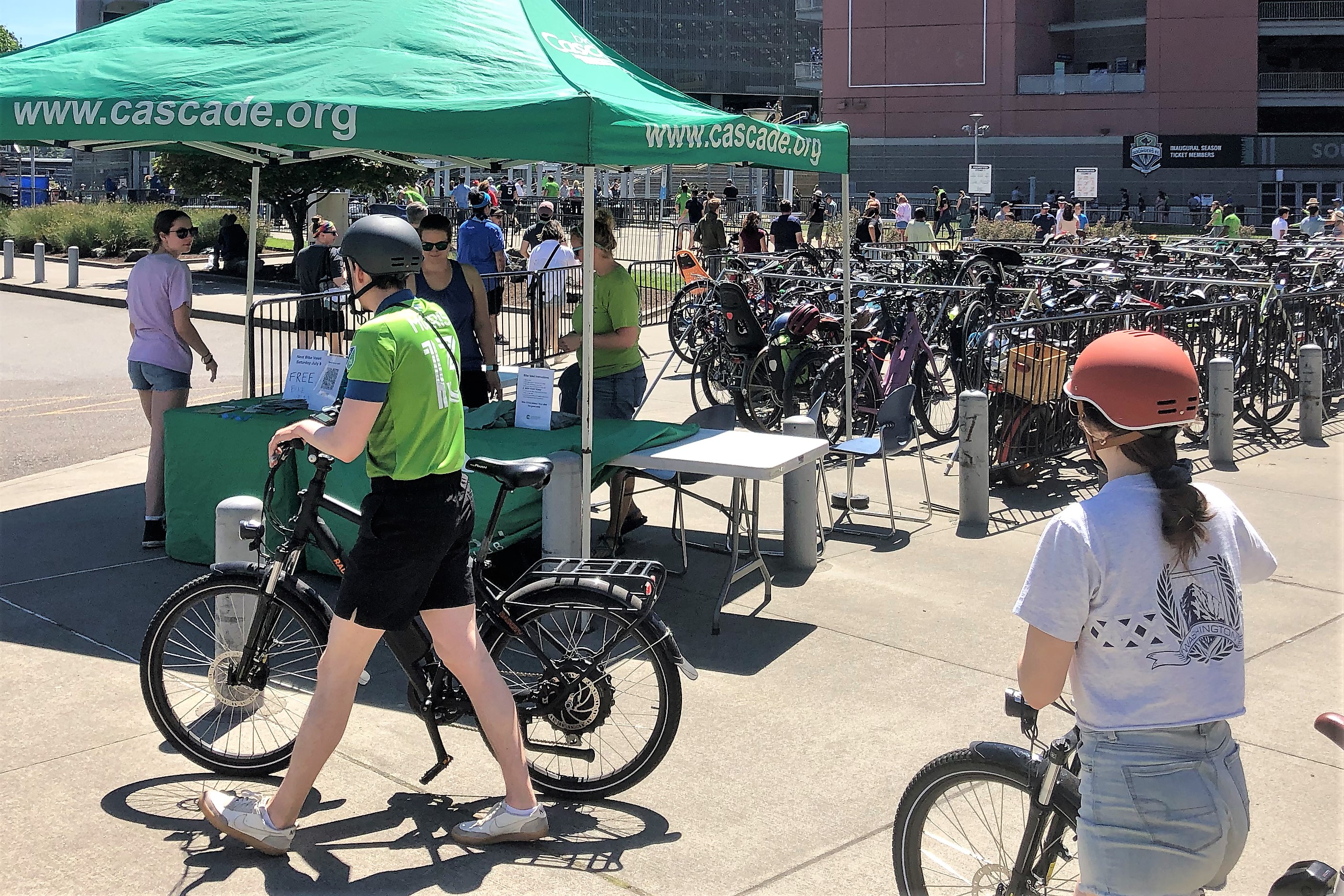 “I love it. It’s an essential service and should be offered at every home game,” says Paul Wise. “May the stadium make it a regular feature in the future to promote more car-free transit options.”

Cascade Executive Director Lee Lambert says he hopes to expand the partnership with the Sounders to offer secure bike parking at more home games. “We are grateful to the Sounders for encouraging more people to pedal to games,” he says.

The Sounders take on regional rivals the Portland Timbers on July 9 for the CCL Champions Celebration Match at 1:30 p.m., and Real Salt Lake on Aug. 14 at 7 p.m., both at Lumen Field. 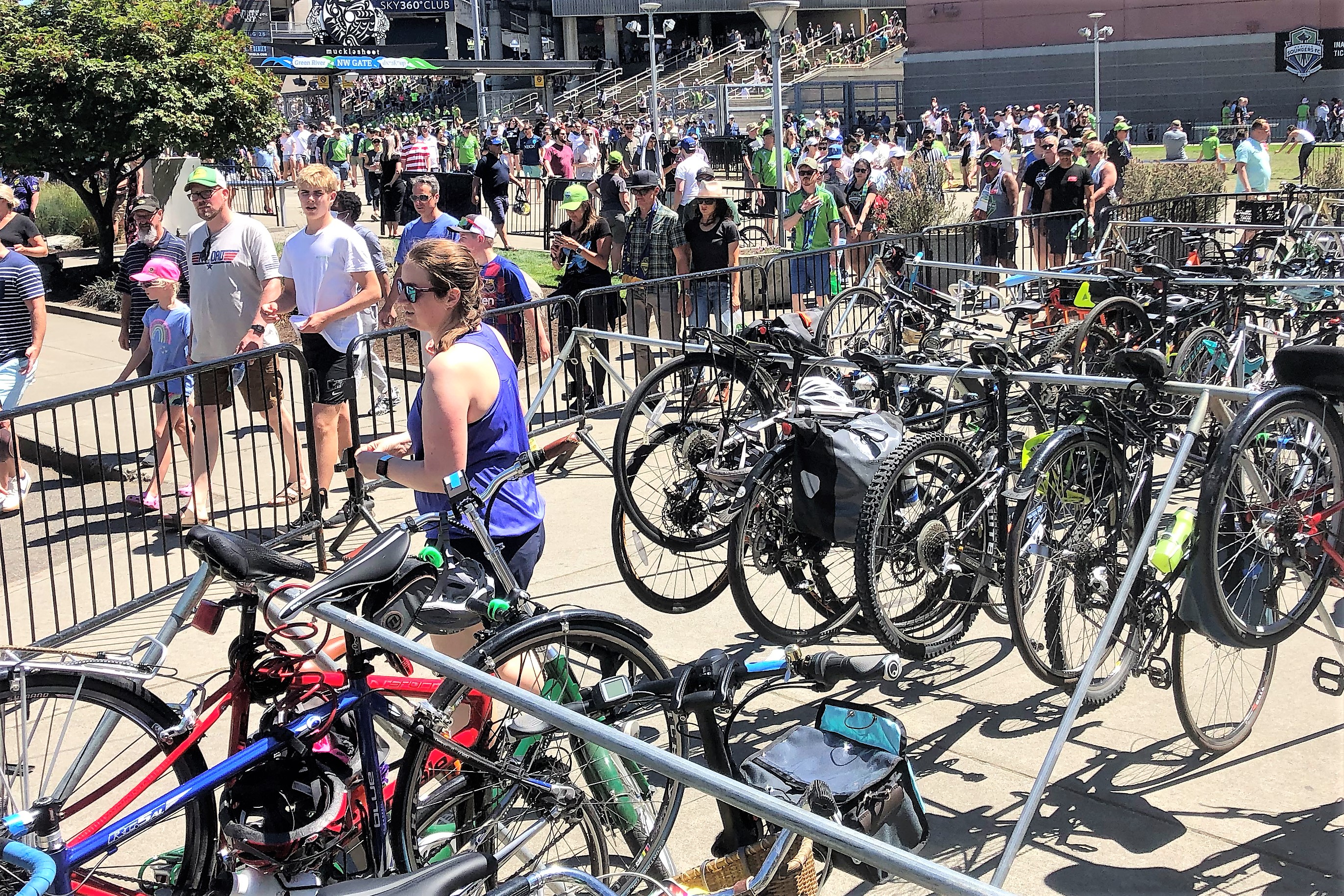 The Sounders are 7th in Major League Soccer’s Western Conference as of July 5.