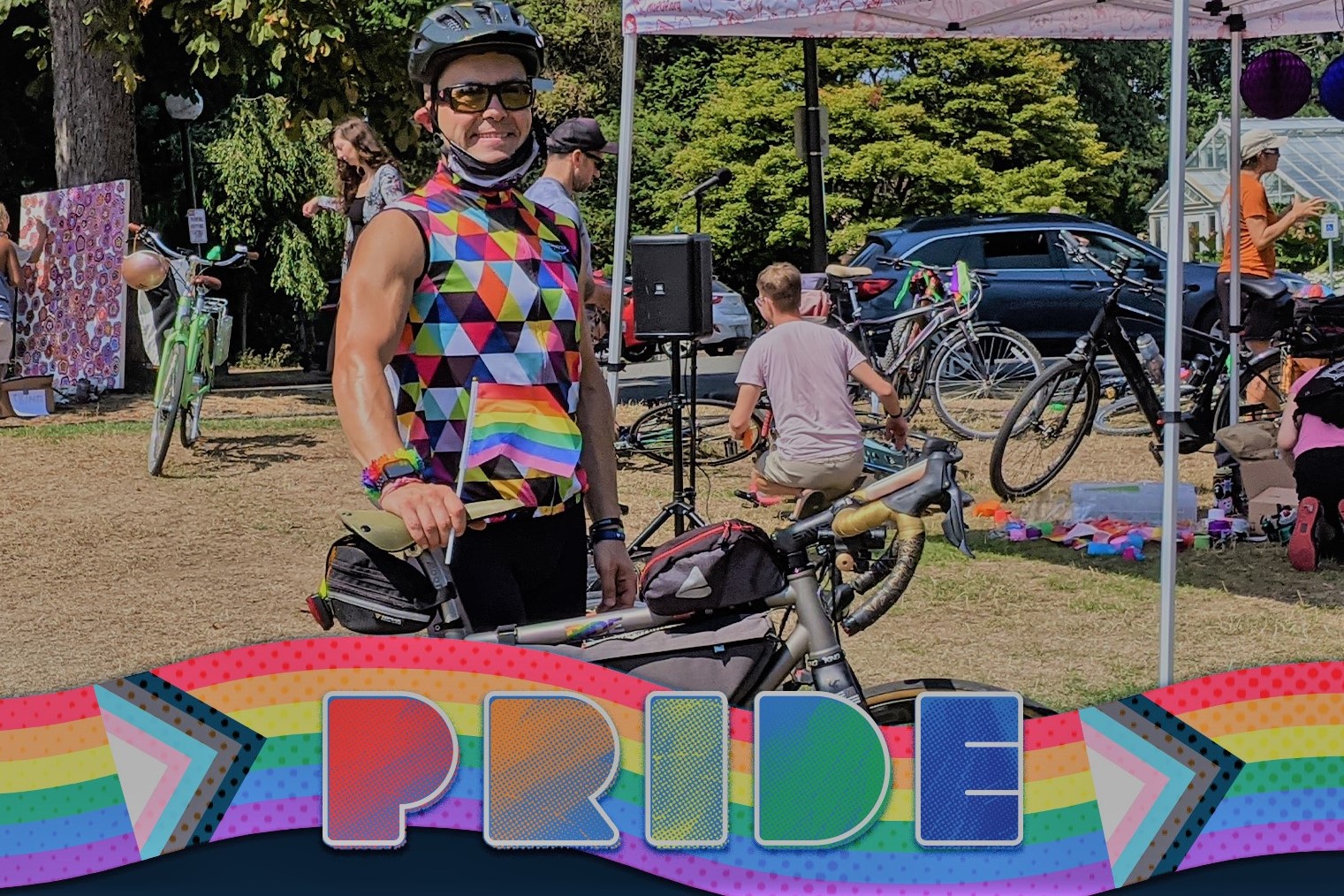 For the second year in a row, Cascade is offering a Seattle Queer History Bike Tour in partnership with MoPop. The ride on June 12 will visit multiple Seattle locations and historic sites important to the fight for LGBTQIA+ rights, ending at MoPOP.

The tour costs $35 and includes two tickets to MoPOP that can be redeemed through Labor Day. Learn more and register here.

Certified Ride Leader and historian Bob Svercl will again lead the tour, which begins with a bike decorating party in Volunteer Park.

“Last year we had about 30 people on the tour and we had a lot of fun with the bike decorating,” says Svercl, who will be celebrating Pride himself as an openly bisexual man. “We want to show people these locations so they know our city’s important [LGBTQ+] history.”

From Volunteer Park, participants will pedal to the following locations during the 5.6-mile, three-hour, no-drop ride that will proceed at an easy pace:

The ride will wrap up at the MoPOP plaza, where participants can park their bike with the bike valet and join in a game of trivia–with prizes, including a membership to MoPOP.

Cascade and MoPOP plan to offer the ride for the next couple of years, hopefully in the future for free with grants from donors. “I’m so excited by that,” Svercl says.

“It’s important for people to understand how important the Seattle queer community was in organizing and creating a lot of these [community] services and organizing to take care of their community,” Svercl says.