June 19, 1865, marks the day that federal troops arrived in Galveston, Texas, to free the enslaved African Americans who were still being held in bondage two years after the Emancipation Proclamation.

As the nation observes the first federal Juneteenth holiday on Monday, June 20, we encourage the bicycling community to commemorate and celebrate the long holiday weekend by pedaling to one of the many Juneteenth events being held statewide.

Bicycles are freedom, and Juneteenth is an opportunity for Cascade members to use their bikes as vehicles to learn about Black culture and history, to support Black-owned businesses, and to continue the struggle to end systemic racism.

Buy a Beer for MTP! 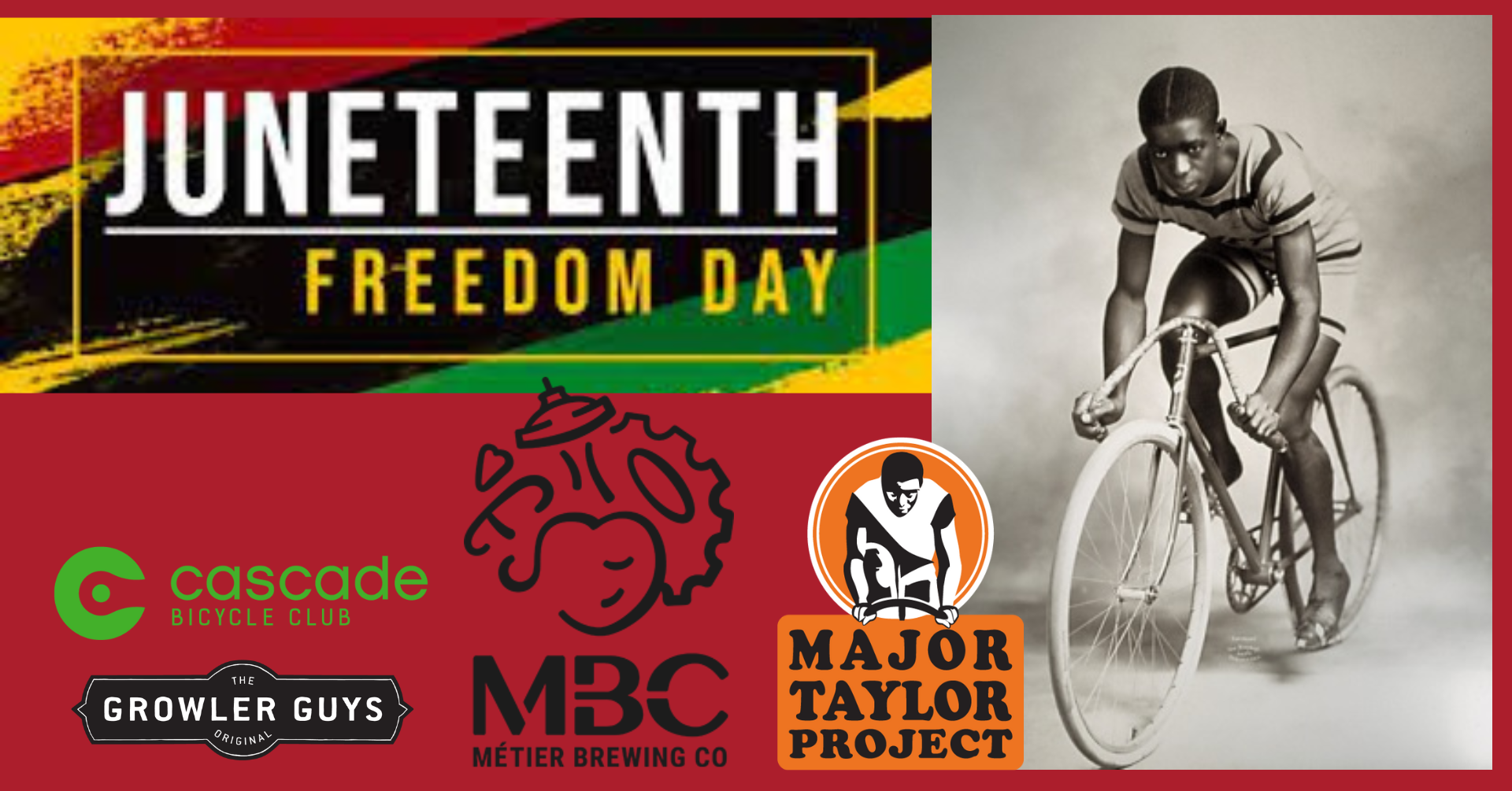 The namesake of Cascade’s Major Taylor Project, Marshall “Major” Taylor, was a bike racing legend who won a world championship and multiple national championships during his career in the late 1800s and early 1900s.

On Sunday, The Growler Guys beer garden and restaurant at 8500 Lake City Way in Seattle is holding a Major Taylor Project fundraiser in partnership with the Black-owned Metier Brewing Company. For every Metier beer or growler sold, The Growler Guys will donate $2 to MTP to support its mission of empowering youth through bicycling.

Bike and Skate to Freedom

We Out Here: On the Pier

LANGSTON, a nonprofit that celebrates Black art and artists, is holding a free community celebration featuring music, food, and arts on Seattle’s Pier 62 on Sunday.

We Out Here: On the Pier will feature performances by JusMoni, Stas Thee Boss, TAQUEET$, Larry Mizell Jr. and The Mahogany Project, as well as a pop-up art gallery and a Black business and resource spotlight. There will be food trucks, as well as a COVID-19 vaccination booth available for walk-up boosters.

With a mission of economic reform for Black people, the Peace Peloton uses bikes and the bicycling community as tools to support Black-owned businesses and entrepreneurialism. On Saturday night, the Peace Peloton will hold a Night Market in Columbia City with a beer garden, vendors, music, dancing, and good times. 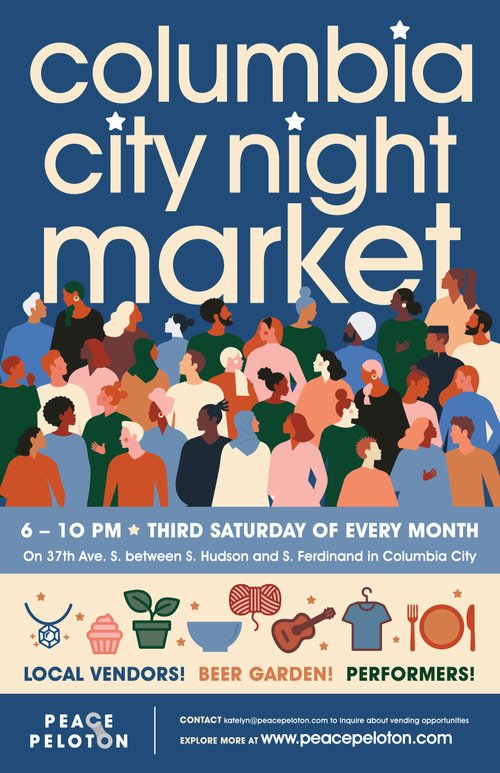 Festival Sundiata is the longest-running African American festival in the Pacific Northwest. Friday through Sunday, the organization is holding a Black Arts Fest at the Seattle Center.

In Spokane, people can ride their bikes to Spark Central for a Juneteenth Family Night on Friday evening. The free program will include food from Fresh Soul, art, and conversation about race and racism.

In Tacoma, the Tacoma Black Business Market is holding an all-ages Juneteenth celebration on Sunday at the Waterfront Market at Ruston. Located near Point Defiance Park, the event will include Black-owned business pop-up shops and vendors, a DJ, food and more.

Is there a Washington state park you’ve been wanting to visit? Sunday is the perfect opportunity. The Washington State Parks and Recreation Commission is offering a free park day. There is no need to buy or display a Discover Pass on June 19.

Want to create your own DIY Juneteenth ride? Read our MLK Day blog post that notes important locations in Seattle from the 1961 visit by Martin Luther King, Jr.

Ride your bike, celebrate Black history, and pedal for progress during this long weekend!

Dad’s Tips for Riding STP with the Kids