Named for an American civil rights hero who fought to improve democratic access for all, the new John Lewis Memorial Bridge that recently opened in Seattle’s Northgate neighborhood is a victory for community connectivity, access to public transportation, bikeability, and walkability.

The $56 million bicycle and pedestrian bridge crosses over Interstate 5, re-connecting two neighborhoods and dramatically increasing the number of people who can bike, walk, or roll to the new Northgate light rail station.

A grand opening and ribbon cutting ceremony were held on Saturday, Oct. 2. Cascade Executive Director Lee Lambert attended along with Policy Director Vicky Clarke to celebrate the project's completion and to ride over the new bridge with community members. Many individuals traveled to the event via light rail, taking advantage of the new Northgate station that opened simultaneously with new stations in the University District and on Roosevelt Avenue. 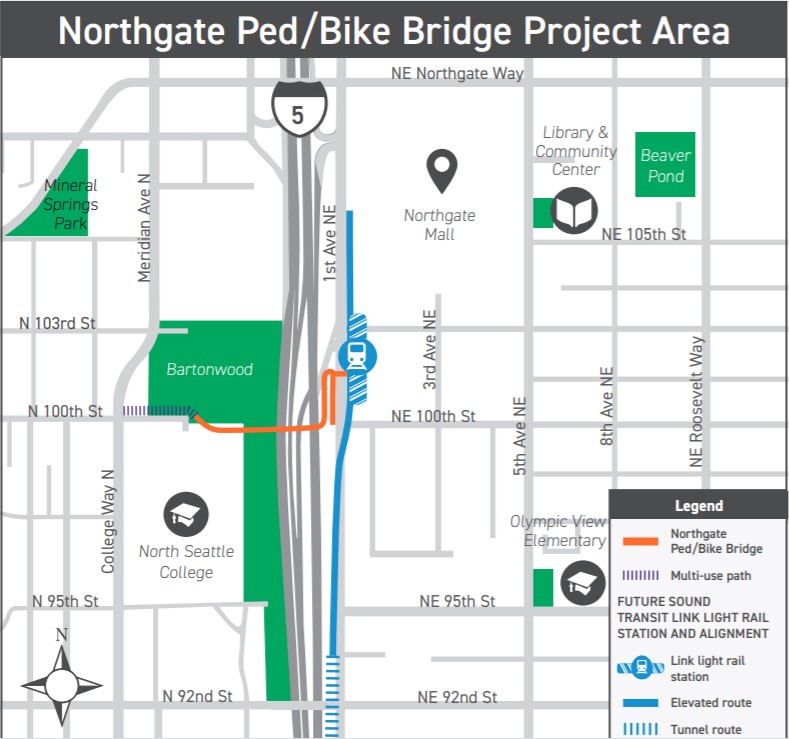 All images courtesy of Seattle Department of Transportation.

Until now, I-5 was an impenetrable, 10-lane barrier between Licton Springs and North Seattle College, which lie to the west of the highway, and the communities and attractions to the east: the Northgate Urban Center, the Maple Leaf neighborhood, a community center and library, and many retail outlets. Prior to this bridge, walking between these divided neighborhoods took 25 minutes or more, and biking between them was arduous. Now it will be a short joy ride.

But the new bridge, named for towering civil rights advocate U.S. Rep. John Lewis, D-Ga., almost died in the planning stages. Its existence today shows the importance of public involvement in the struggle to make Seattle and all communities safer and better for everyone who bikes, walks, rolls, and uses mass transit.

A Victory for Public Involvement and Bike Advocacy

A decade ago, Sound Transit, which operates the light rail system, proposed cutting the bridge from the Northgate expansion. Instead of a bridge, they proposed building a massive parking garage to enable more people to drive to Northgate.

Cascade, alongside allied community groups, rallied public support to save the bike and pedestrian bridge by helping to turn out large numbers of community members and active transportation supporters to speak at public hearings, write letters, and create political pressure to defeat the parking garage plan and get the bridge built.

“While we celebrate the completion of this great project, we should also remember that it was not a foregone conclusion,” says Lambert. “This bridge only exists because people spoke up, organized, and demanded something more for their community than a colossal parking garage that would have created more traffic congestion, more pollution and more separation at a time when we need to increase the walkability and bikeability of our communities.”

“This bridge, named for an American hero, is a victory for bike advocacy, and a victory for community engagement,” Lambert says. “It is a victory for democracy and for all Seattle residents, whose ability to travel without a car has greatly expanded.” 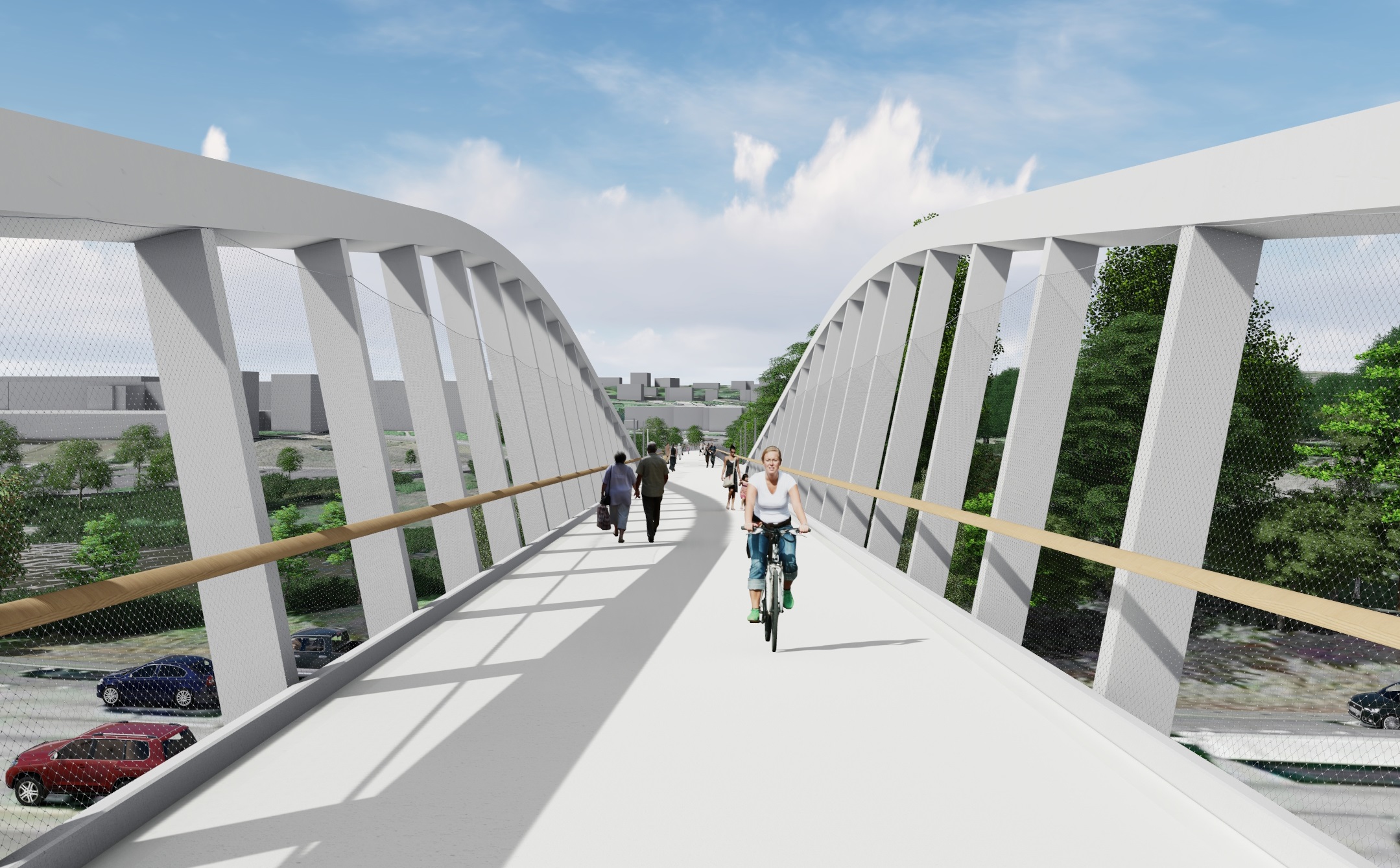 A Bridge for the 92 Percent

A decade ago, when the bridge was on the chopping block, Cascade and other community organizations launched a campaign to save the bridge by seizing on data that shows about 92 percent of people arriving at the new Northgate station would do so on foot or by bike. Without the bridge, that number would be far lower.

“A bridge for the 92 percent” became a rallying cry. “This is our chance to transform a neighborhood dominated by an ocean of parking lots into a bikeable, walkable and transit-rich community where everyone who wants to can safely bike or walk to the station,” reads a Cascade blog post from 2018.

Once an agreement was struck to build the bridge was made, our advocacy continued. Cascade and Washington Bikes helped secure millions of federal and state dollars, including in the 2015 Connecting Washington state transportation funding package.

As we look to the future, and push for more public investments in bicycle and pedestrian infrastructure that improves the health, wealth, equity, and climate sustainability of our communities, the long fight to make the John Lewis Memorial Bridge a reality offers a history lesson.

It’s a lesson that Lewis, a tireless fighter for a more equitable society, would no doubt support.