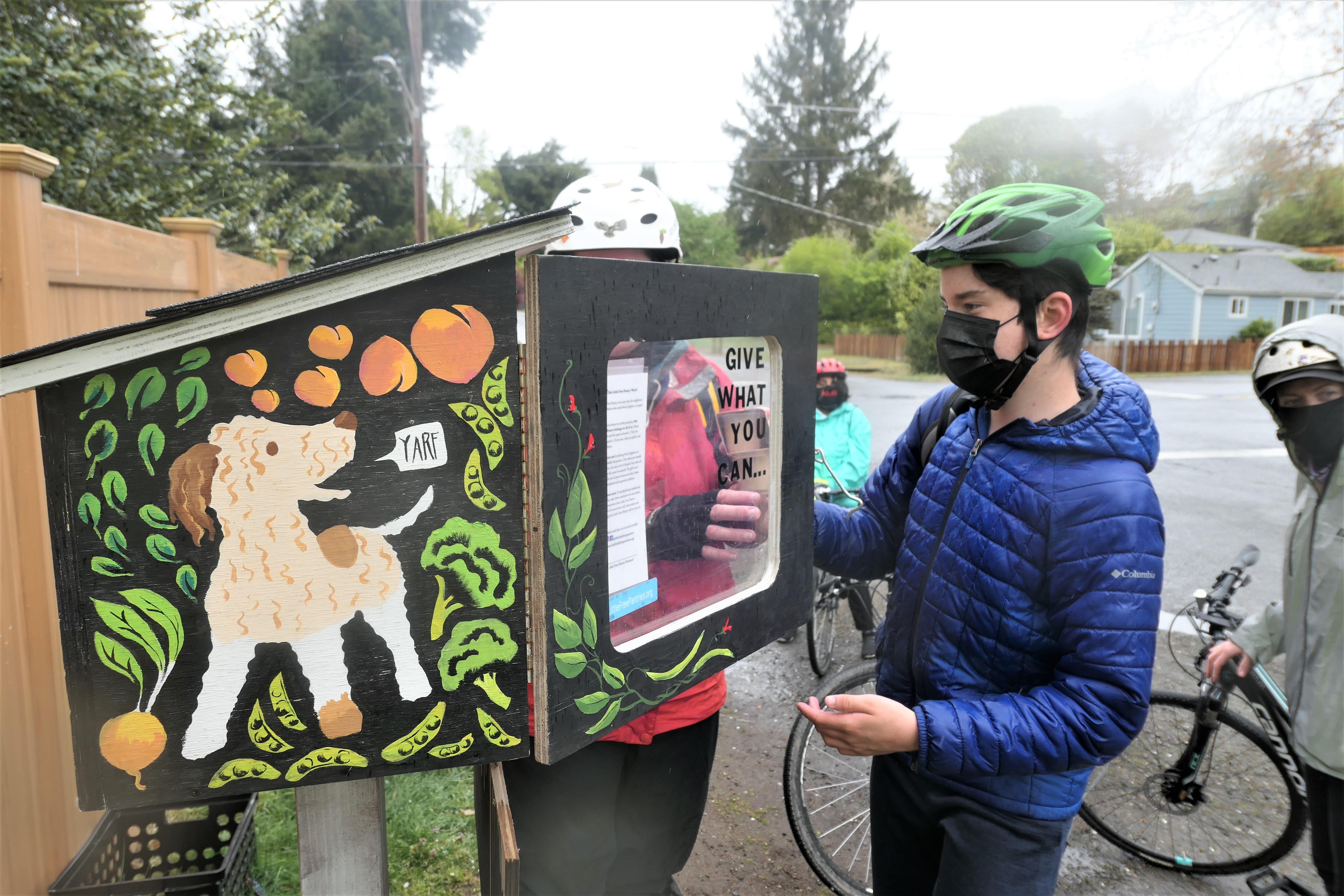 It was a heartwarming day of service that brought together two of Cascade Bicycle Club's signature initiatives--the Major Taylor Project and Pedaling Relief Project.

Under a persistent rain that soaked everyone but failed to dampen enthusiasm, about 25 middle- and high-school students from Tacoma and Seattle gathered on a recent Saturday morning at the White Center Food Bank in South Seattle. Their mission: to help fight hunger and food insecurity by restocking Little Free Pantries with groceries and sanitary supplies.

Another goal? Reciprocate the generosity of the White Center Food Bank, which has been "incredibly supportive" by allowing Cascade to store equipment on-site for use by the White Center MTP club, said Hope Grant, Seattle MTP coordinator. 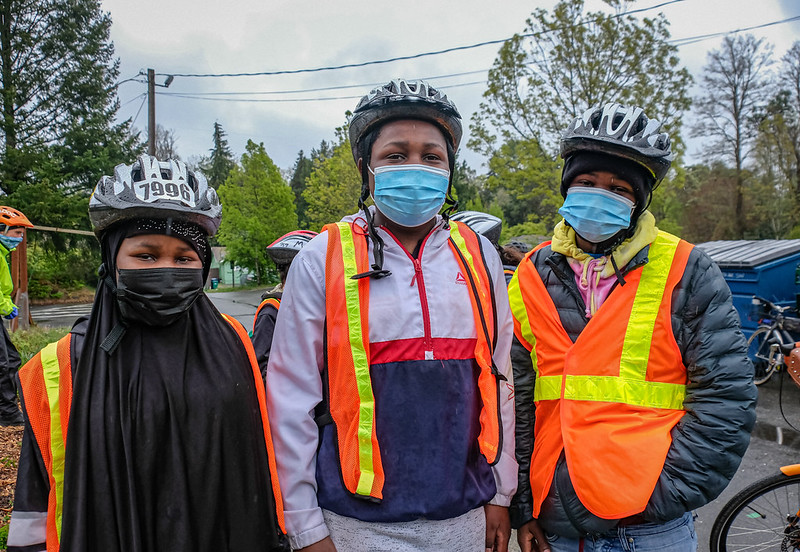 Dozens of volunteers, parents, Cascade staff members, and representatives from King County Parks joined the effort, with a goal of enabling the MTP students to use their bikes to distribute food and supplies to White Center community members.

“Our backpacks are loaded up with food and we are ready to ride,” said Alec Lewis, a Tacoma MTP super-supporter who joined the effort with his son, Alec Jr., an MTP ride leader. “Some folks are having a rough time right now due to the pandemic, and we’re proud to be here to support Cascade and MTP in this opportunity to help out.” 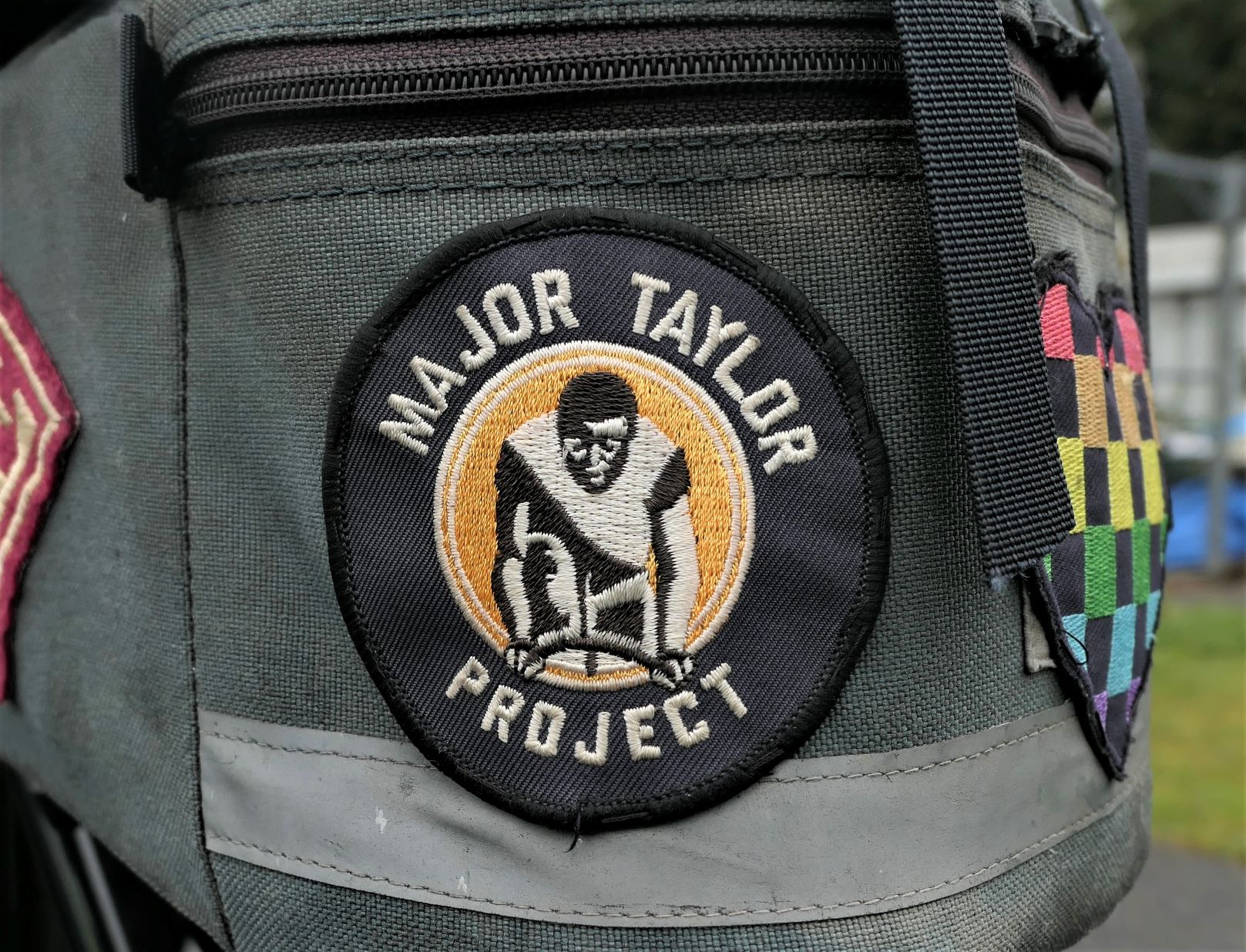 The day began with MTP staff members, volunteers and students getting their bikes out of storage and pedaling to White Center Food Bank. The food bank, which serves tens of thousands of people and families, provides groceries and supplies to individuals at its headquarters and also stocks Little Free Pantries dispersed throughout the White Center neighborhood in South Seattle. 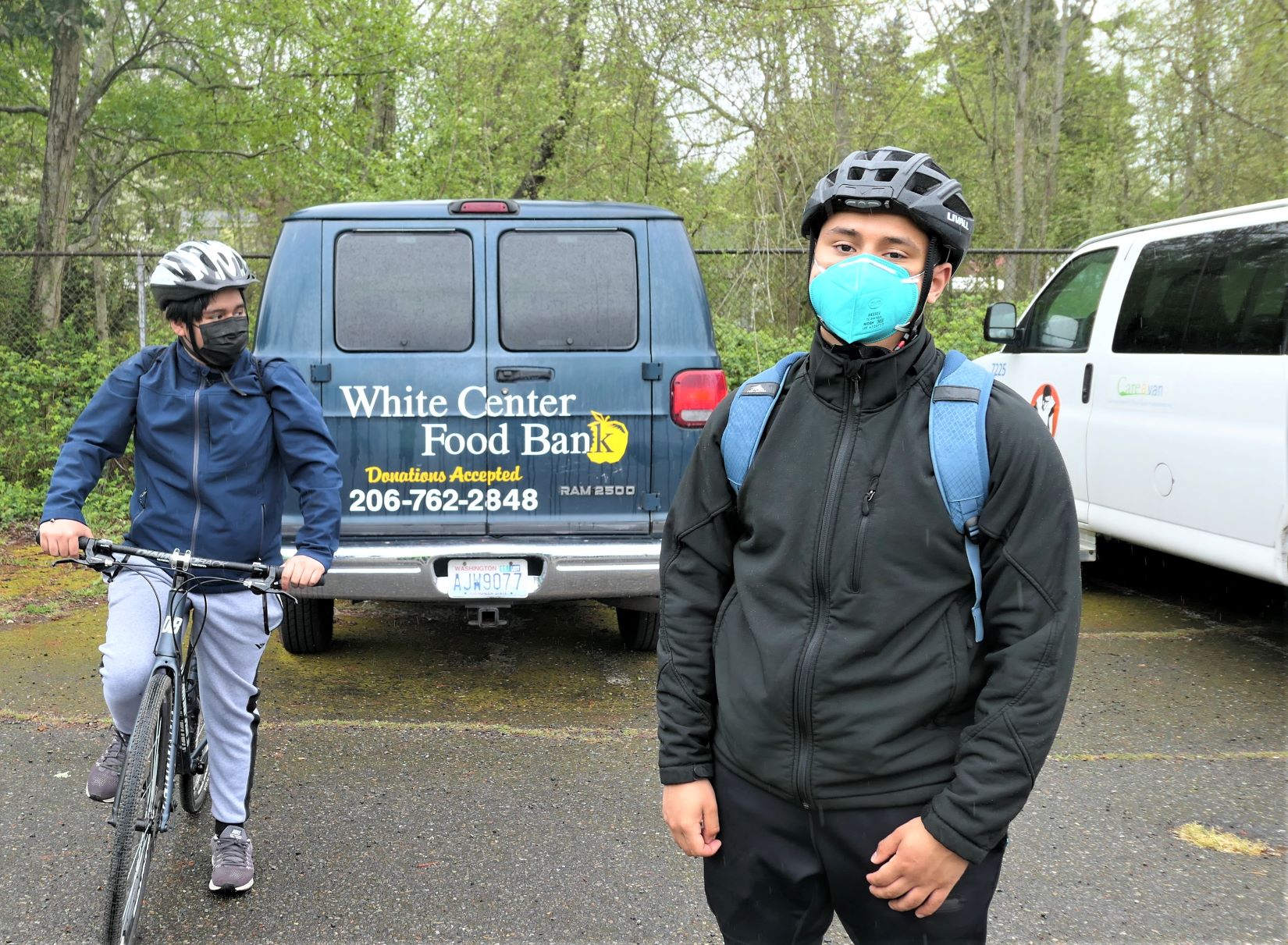 The food bank is an incredible asset to White Center, providing a range of services to everyone from seniors to disabled clients. Staff and volunteers grow vegetables on site, distribute diapers and formula to families, and serve clients in six languages that represent the rich ethnic diversity of the neighborhood. The food bank's executive director, Carmen Smith, explained the role of food banks in community food networks, dispelled stigmas about food bank reliance, and thanked the students for their interest and help. 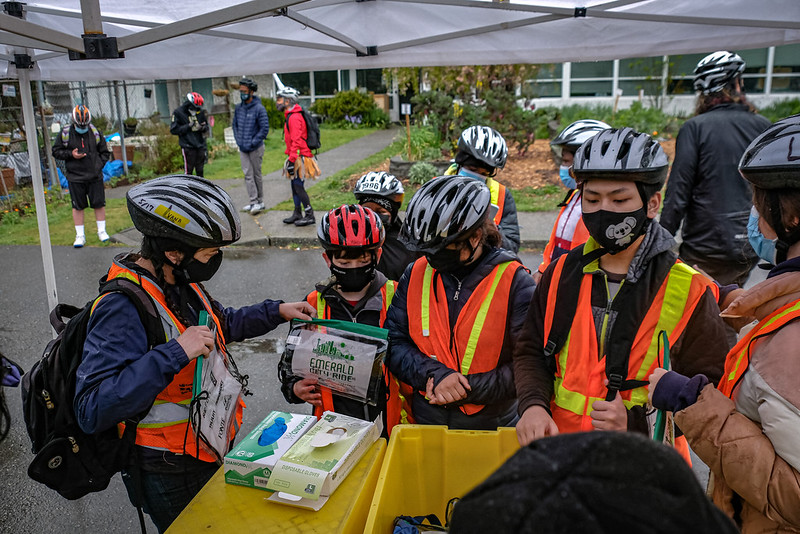 After gobbling some pre-ride fruit and snacks and getting some instructions from Pedaling Relief Project Manager Maxwell Burton, the students filled backpacks with cans of soup, tuna, and beans; shelf-stable milk; peanut butter; and other non-perishable foods. Then, led by adult volunteers and MTP ride leaders pulling trailers loaded with more food, the students pedaled out into the steady drizzle in small groups. 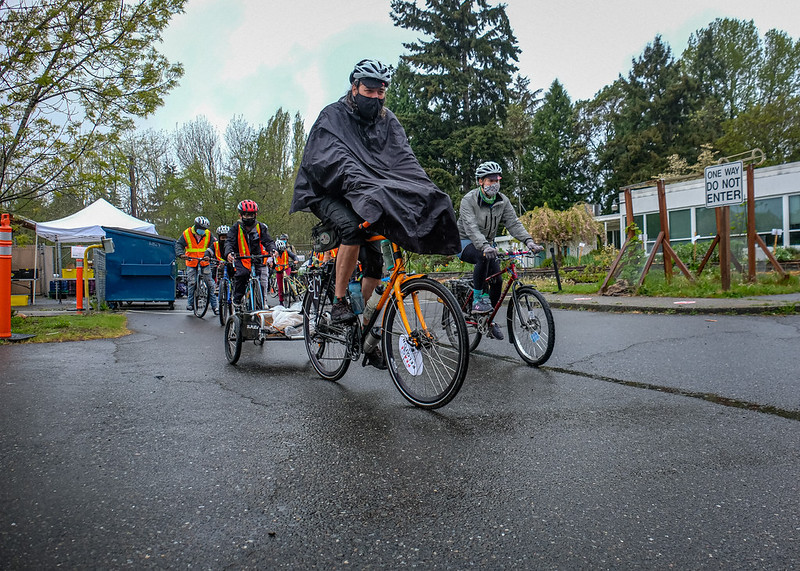 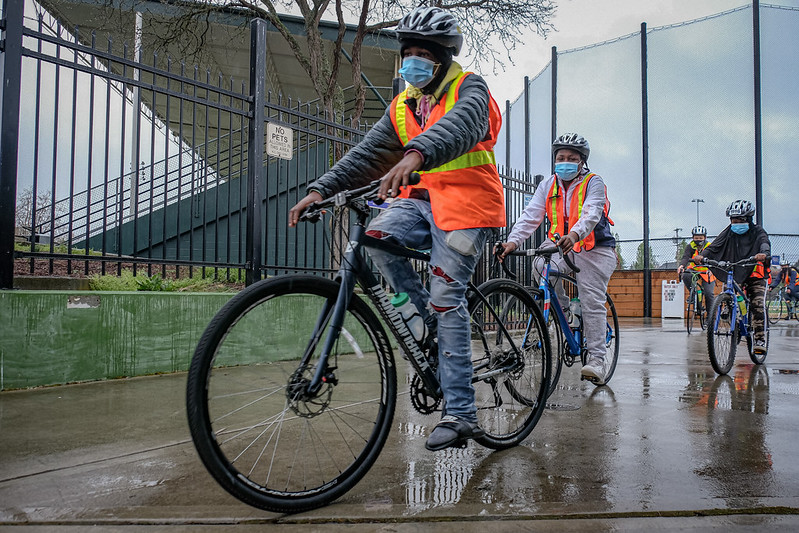 I tagged along with a group led by Tacoma MTP Coordinator Josh Stowell, excited to watch the students experience the satisfaction and joy of serving their community. We rode to three Little Free Pantries within a radius of several square miles as other groups pedaled to pantries located elsewhere in White Center. The students made a game of seeing how many items they could fit into the pantries, which are an important lifeline for individuals who are unable to visit the food bank due to health reasons or lack of transportation.

“I’m super impressed with how much food we could deliver by bike,” Stowell said. About 250 pounds of food were distributed during the day. 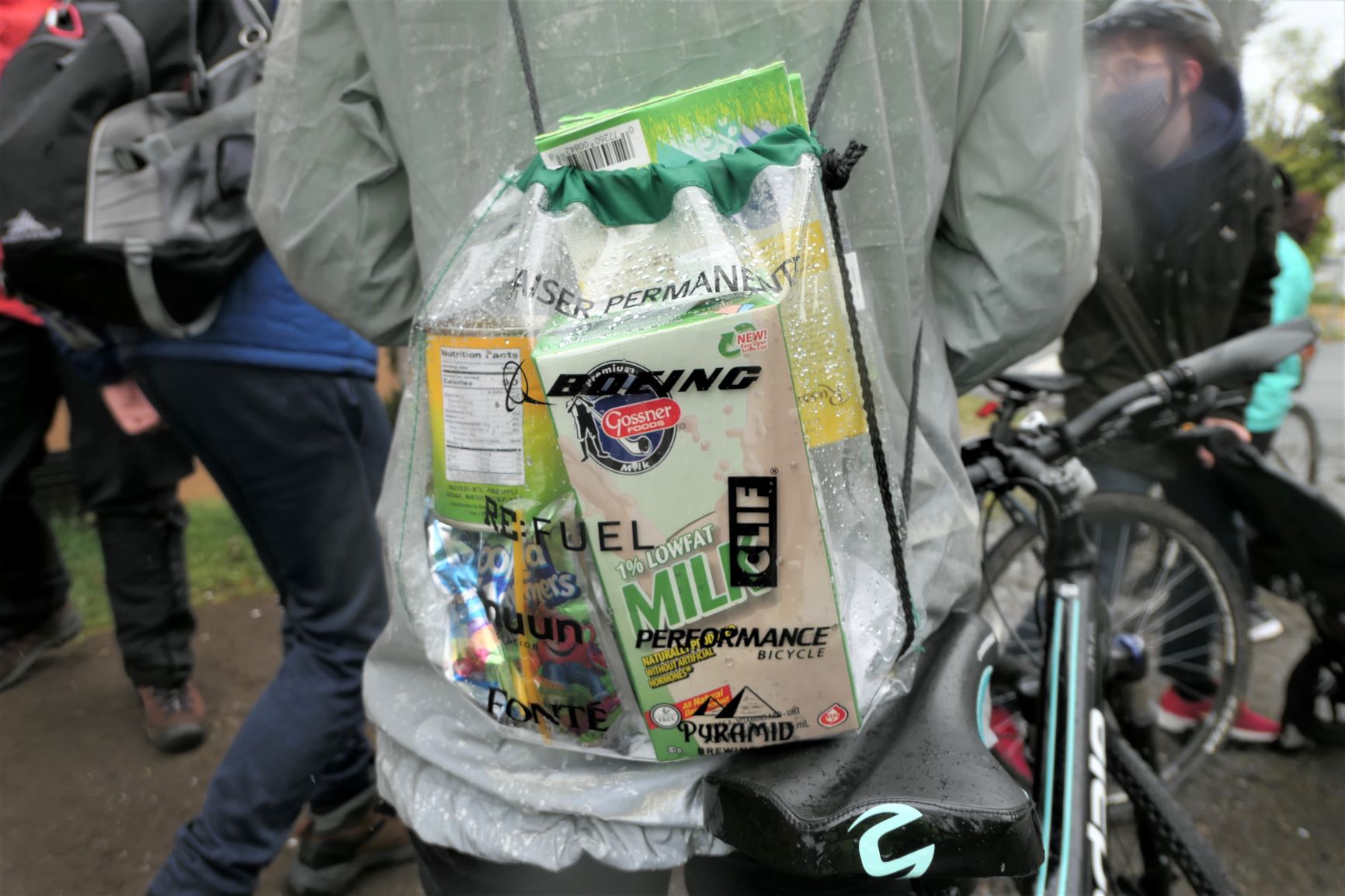 Stowell and Burton are now planning to expand the Pedaling Relief/MTP collaboration to Tacoma, working with a food bank there to enable students to restock Little Free Pantries on a regular basis.

Cascade recently made the Pedaling Relief Project a permanent program, with a goal of expanding it from seven Seattle food banks to communities throughout Washington. 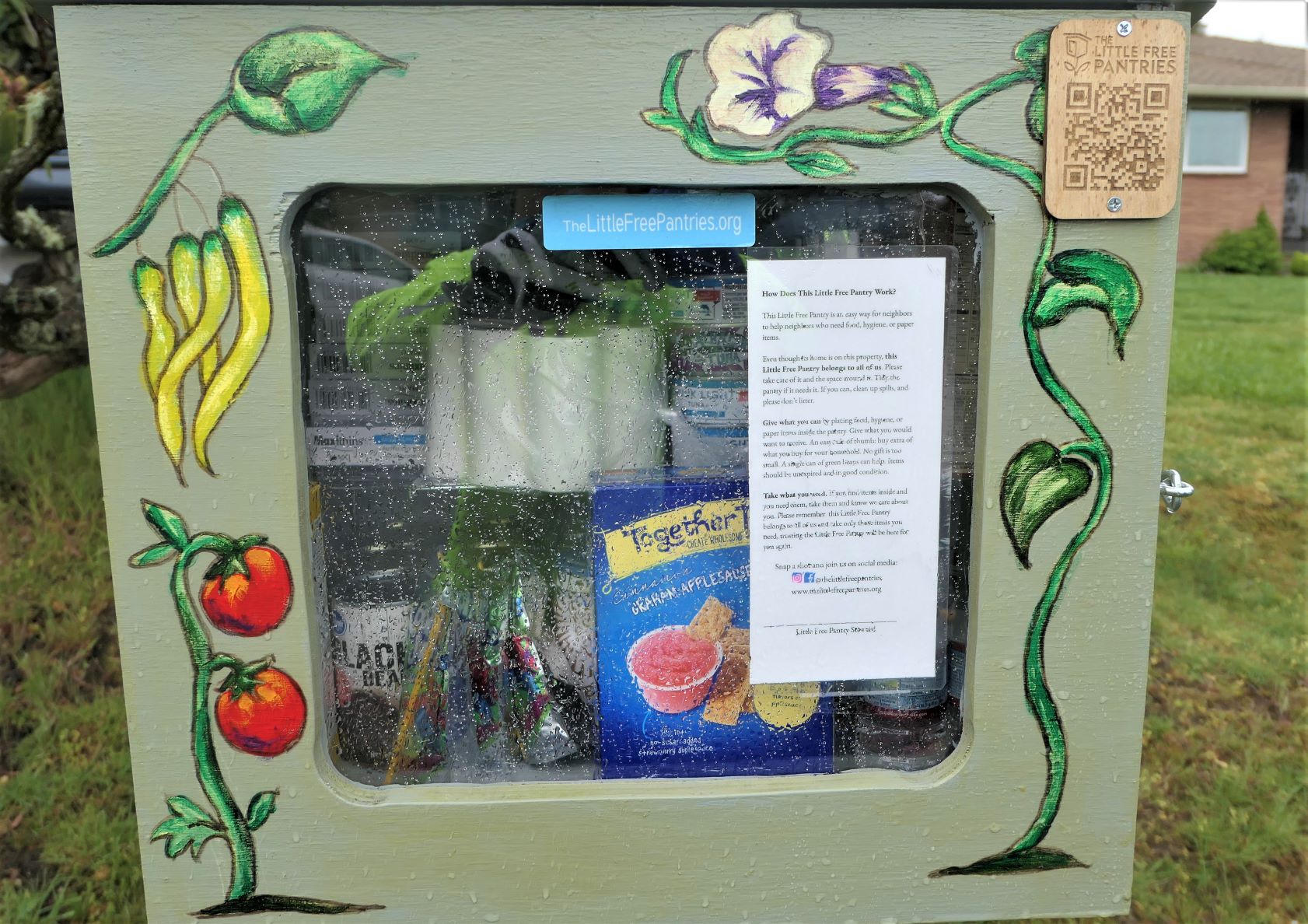 Darlene Sellers, a recreation coordinator with King County Parks, joined the ride and said she was inspired to see the MTP students giving back while simultaneously getting outside for a safe and healthy bike ride.

“When we first pedaled out, some of our students didn’t know what a little Free Pantry was,” Sellers said. “Then we began re-stocking and the lightbulbs went on: ‘Oh, we are bringing the food to put here so people who need it can come get some.’ It was pretty exciting and fulfilling.”

Sign up for a Pedaling Relief Project ride here.

Donate to the Major Taylor Project and help us inspire more youths through bicycling. 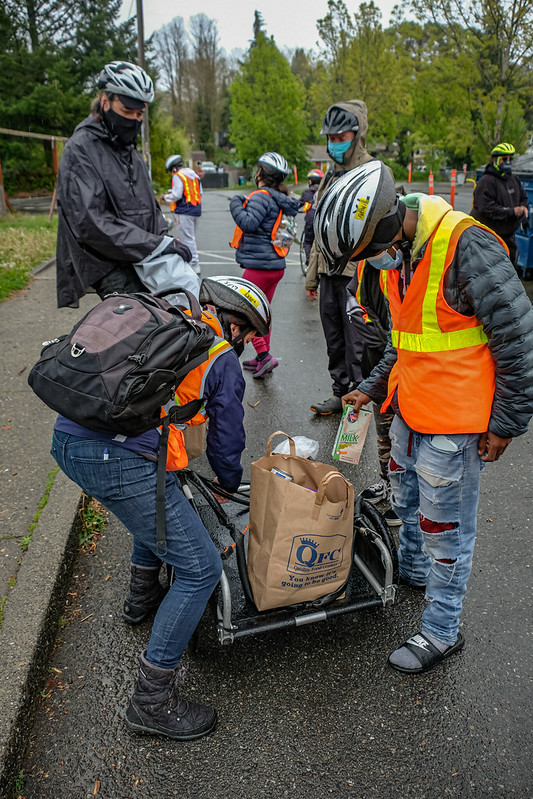 Thanks to King County Parks for sending their staff photographer!