Eleven after-school Major Taylor Project clubs are up and running in King and Pierce Counties. Join us on a ride with Tacoma’s Mt. Tahoma High School students.

Sarah Conrad couldn’t believe her eyes when she saw the job posting for becoming a Major Taylor Project ride leader. She could ride bikes with young people in Pierce County and get paid for it?! 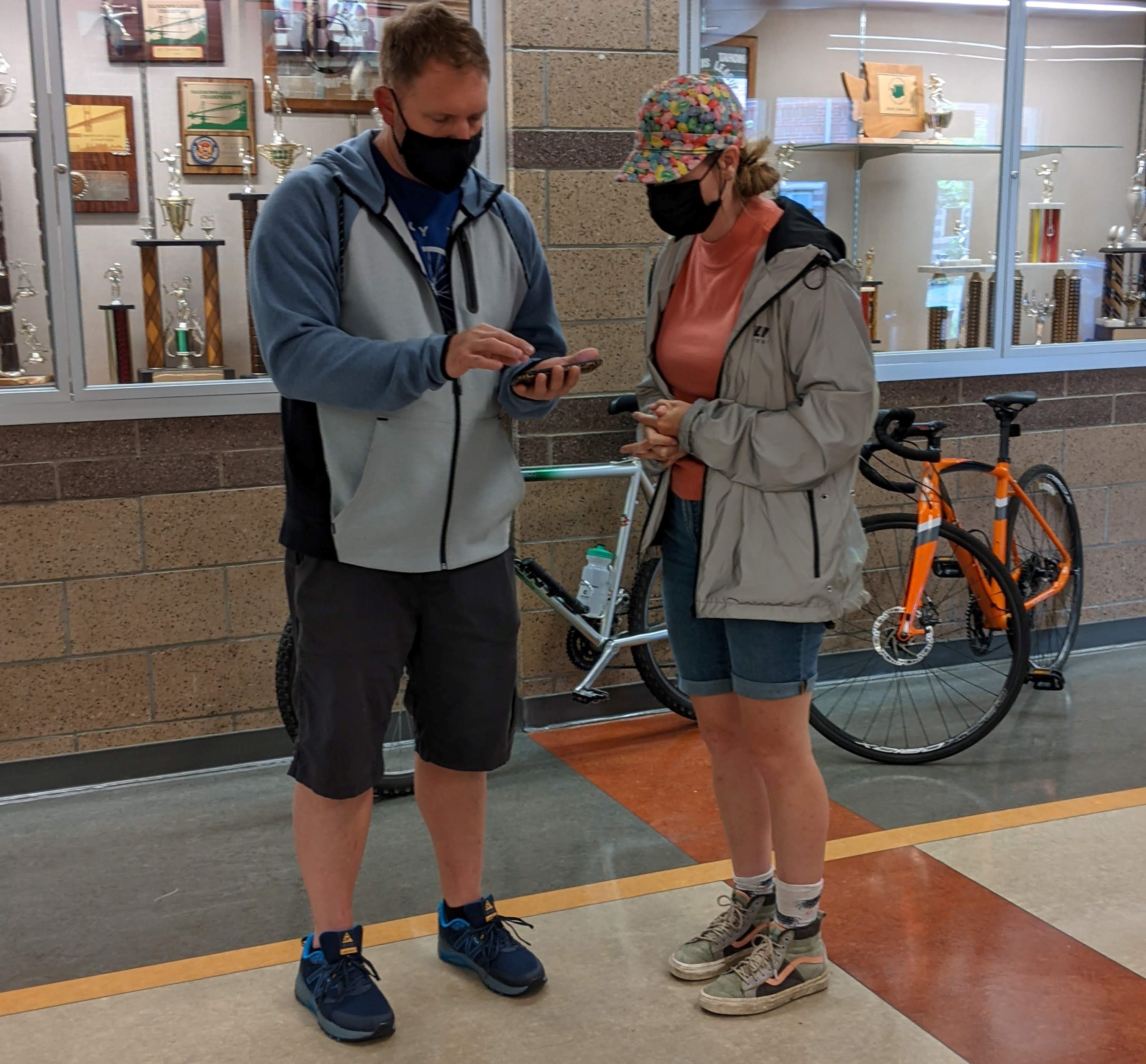 On Tuesday, I tagged along with Conrad and fellow ride leader Alec Lewis, Jr. to take a spin with the Mt. Tahoma High School Major Taylor Project club. One of 11 clubs up and running in Pierce and King counties, students at Mt. Tahoma meet up every Tuesday after school for some exercise, clowning around, a joyful ride through Tacoma, and snacks (of course).

The afternoon began with four students -- freshmen Bryan, Cris, JeCherie, and Logan -- gathering in the school hallway to receive their bikes, which were donated by Cascade. Two teachers, Tom Blazey and Phil Lord, joined us as well. Both Blazey and Lord have been volunteering with the Major Taylor Project clubs since MTP started in Tacoma six years ago.

“I joined because I was told there would be a 200-mile ride,” he said, referring to the Seattle to Portland Cascade event that has previously been the capstone ride for MTP students. “But now, I like being in club because riding in groups is better than riding alone.” 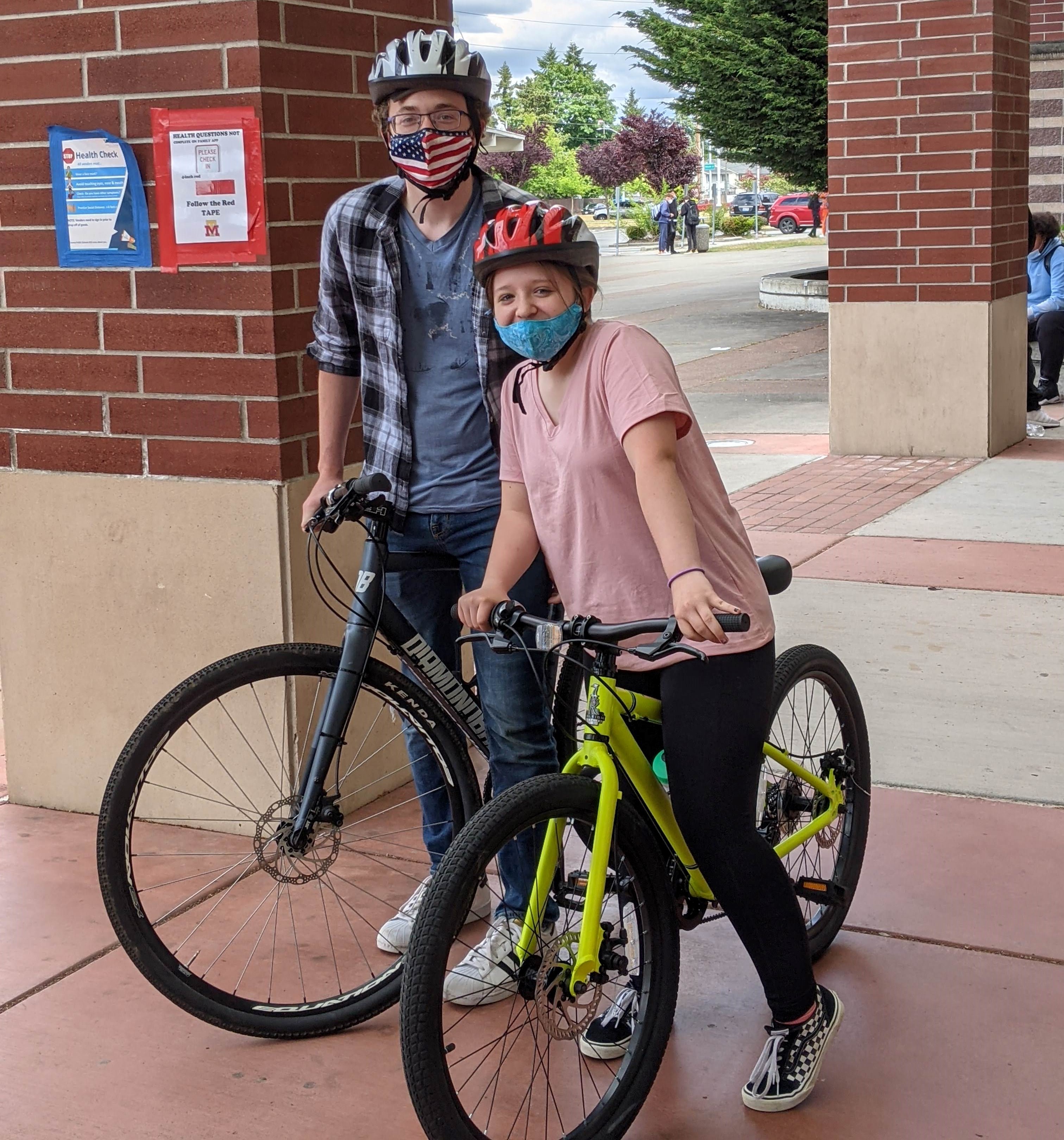 Caption: Mt. Tahoma high school freshmen and Major Taylor Project club participants Cris and Je gather their bikes and pose for the camera before the ride.

Riding bikes in Tacoma takes a mix of determination and perseverance. Though the city has done a lot of work to add protected bike infrastructure -- including the recently opened Pipeline Trail -- many of the main roads still require biking on sidewalks or mixing with drivers in the lane. This includes 74th Street, where Mt. Tahoma is located on the south end of the city near Lakewood.

After a quick circle-up to check in with students, do the ABC quick check on their bikes, and chat about weekend adventures, the ride began. We headed southeast on Center Street toward our eventual destination, Steilacoom Lake State Park, where Conrad promised dirt bike paths, an easygoing trail ride around a lake, and “one of the prettiest parks in the city.”

The students immediately impressed me with their group riding skills, calling out cars and signaling at each stop and turn. Lewis, Jr. rode “super sweep” to ensure that none of the students were left behind, and regularly checked in with students on hills or at stops. No one was chided or teased for riding slower or struggling to get up a hill. It’s simply understood that the group will slow down to make sure everyone is included.

We entered the park and its wide multi-use path that winds around the blue and blissful Lake Steilacoom. After biking up a gentle hill to stop for a snack and giggle at some inappropriate graffiti, we headed back down to take a hidden off-road trail that led to a dirt pump track for light mountain biking. It struck me as I navigated my bike down the narrow dirt path that one of the great joys of bicycling is experiencing places you may never have seen by car or even on foot.

Students took turns trying out the pump track, riding over bumps and dips and around the corners with abandon. I marveled at their fearlessness and did my best to stay out of the way (with mild success).

After the students had their fill, we hopped back on the bikes to ride west back toward the school. Blazey, one of the teachers/volunteers, surprised the students by offering to buy donuts on our way back to campus.

As we pulled off of one of many sidewalk-only routes into the House of Donuts parking lot, a sign proclaimed that the shop had been open since 1947. Blazey encouraged each student to pick out a donut -- waiting a few minutes to get the infamous happy hour prices.

As the donut box emptied, Cris and Bryan decided to throw a rock, paper, scissors match for the last donuts. “You could just split it?” suggested Lord, the other teacher/volunteer. Both boys laughed, shook their heads, and proceeded with the battle. Everyone won, though, because plenty of extras remained. 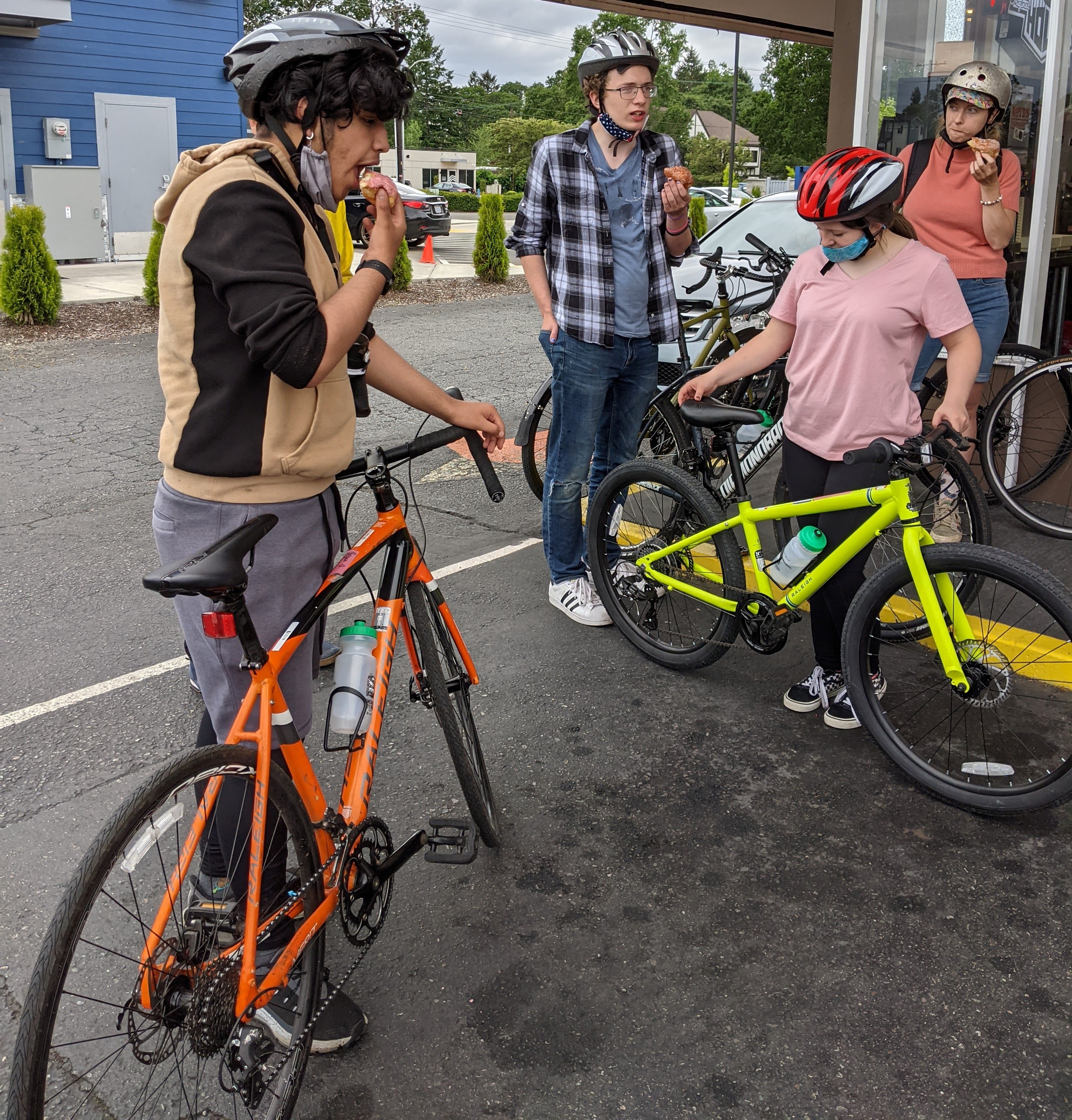 Caption: Bryan, Cris, Conrad, and Je enjoy donuts at House of Donuts in Lakewood before they finish their ride.

Once bellies were full, we headed back on our bikes to make the final trek northwest toward Mt. Tahoma High School. It was tricky navigating the sidewalks and busy roads of the business district in Lakewood. I got caught up at a few intersections trying to gather my composure and get through the pedestrian crossing in time. I was embarrassed to be holding up both traffic and the MTP students. Thankfully, no one ever left me stranded, or made me feel like I was an inconvenience for holding the group up.

Riding with the students showed me how badly safe bicycling infrastructure is needed in Pierce County, not just for commuters but for drivers and pedestrians as well.

As we pulled into the high school parking lot, I felt a sense of pride in the students, in myself, and in Cascade’s education team for ensuring Major Taylor Project clubs were able to continue during the pandemic. At a time when schools are re-opening and the isolation caused by the pandemic is declining due to increased vaccination rates, MTP and its 11 clubs are an  important outlet for students to enjoy themselves, get some exercise, and see some new faces and places.

“You’re welcome back anytime,” Lewis, Jr. said as I headed out the door. I definitely plan on taking him up on it.

To support the Major Taylor Project and join students on this year’s capstone ride, sign up for the Ride for Major Taylor on June 27. You can choose either the 26-mile Alki loop that the students are riding, or try out the 63-mile Federal Way loop.