Many of us ride bikes for health and happiness, but as Earth Day (Thursday, April 22) approaches it is helpful to remind ourselves that bicycles can play a pivotal role in one of society’s greatest challenges: solving the climate crisis.

Transportation--primarily the use of motor vehicles--is the largest source of carbon pollution in Washington state and nationwide. While bikes alone can’t solve this problem, they can be a solution for many of the short car trips we take. 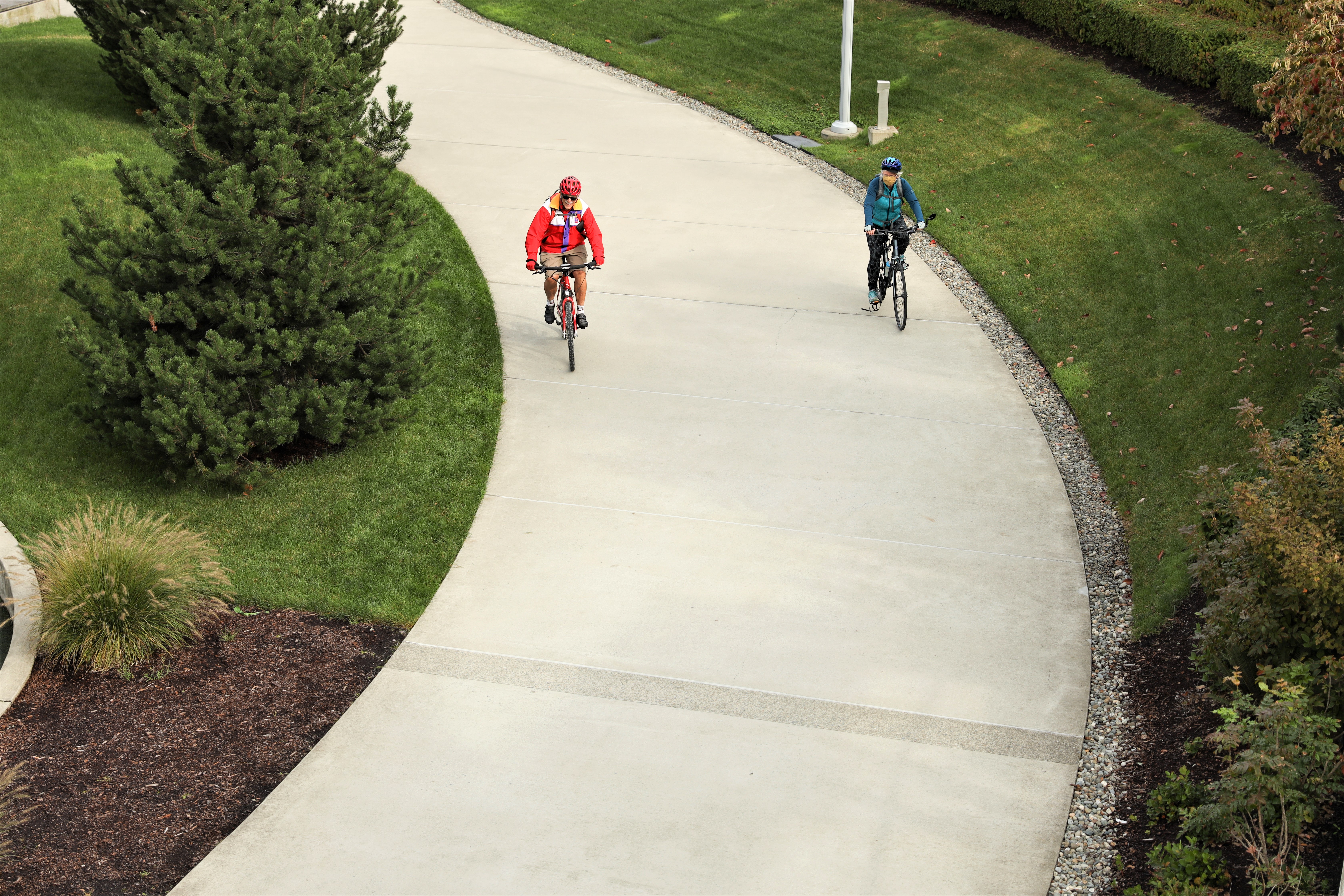 Using bikes and electric bikes instead of cars for short trips is a logical step with multiple benefits beyond reducing climate emissions, including: cleaner air, less traffic congestion, better public health, and financial savings. Americans spend an average of $9,282 annually, before parking costs, to own a car.

According to a study by the Institute for Transportation and Development Policy, “a world with a dramatic increase in cycling could save society US $24 trillion cumulatively between 2015 and 2050, and cut CO2 emissions from urban passenger transport by nearly 11 percent in 2050.”

Cascade has multiple staff members who live car-free, including one who recently moved to a new home using cargo bikes and bicycles pulling trailers to haul all of her belongings. 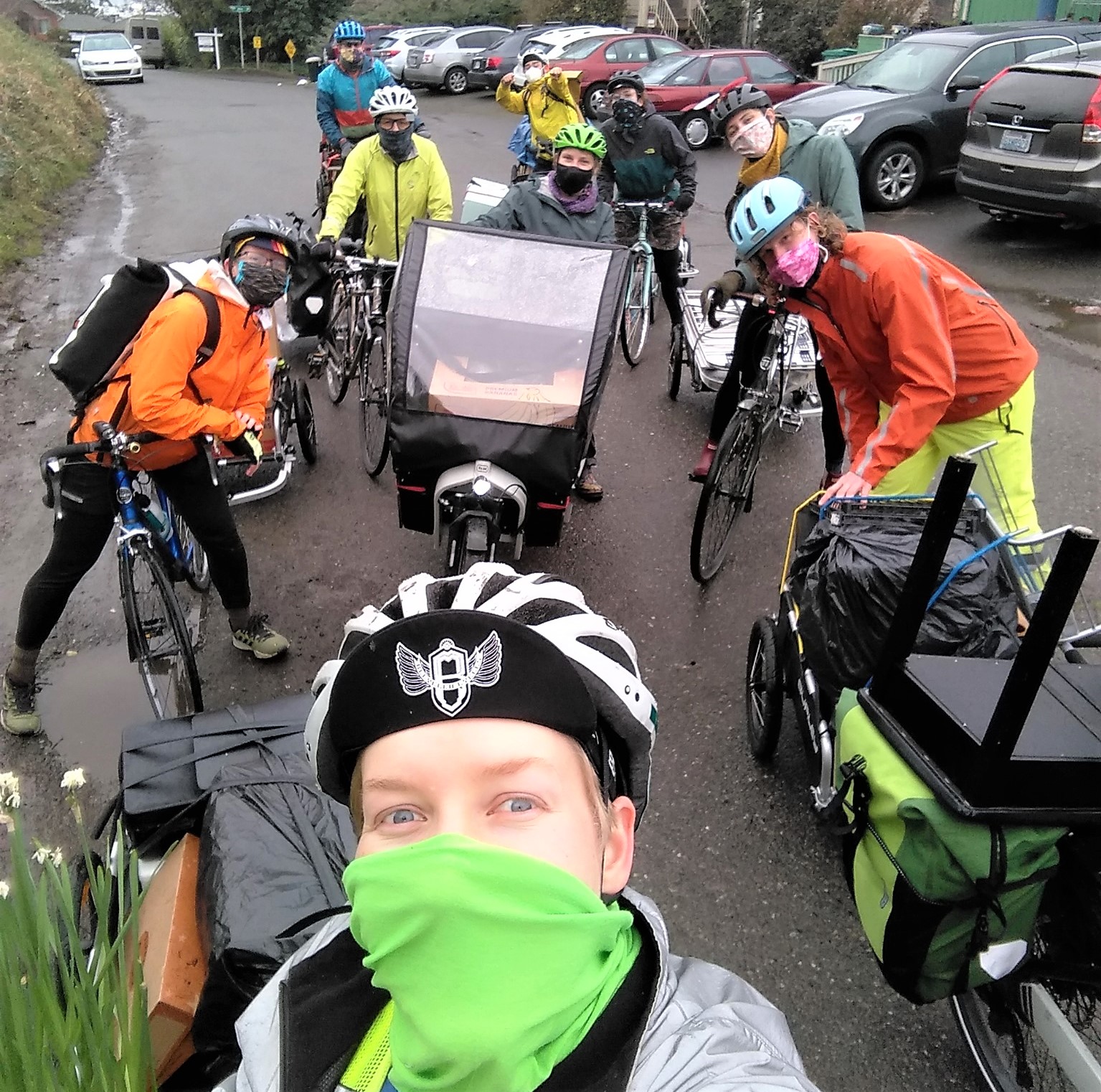 Choosing to use a bike and minimize car use is meaningful and inspirational and personally beneficial, but climate experts agree that personal action is not enough. Solving the climate crisis will require change on a large, societal scale.

When it comes to getting more people on bikes, that means infrastructure. There is a reason that Denmark and the Netherlands have high rates of bicycle ridership: those countries have invested in creating bike-friendly cities and communities. Cascade has long advocated for ways to build a more bike-friendly Puget Sound. Washington Bikes works hard to elect bike-friendly political candidates across the state, and then to hold those elected leaders accountable for creating safer roads and better bike infrastructure.

“One need spend only a little time in the Netherlands or Denmark to appreciate how much better a bicycle-centric rather than car-centric world can be,” writes the director of the National Center for Sustainable Transportation.

But Earth Day is also an opportunity to smell the flowers and appreciate our beautiful planet. To encourage more people to ride bikes on Earth Day, and during the next two weeks, Cascade has created a fun Earth Day Bike Bingo event on our Facebook page. 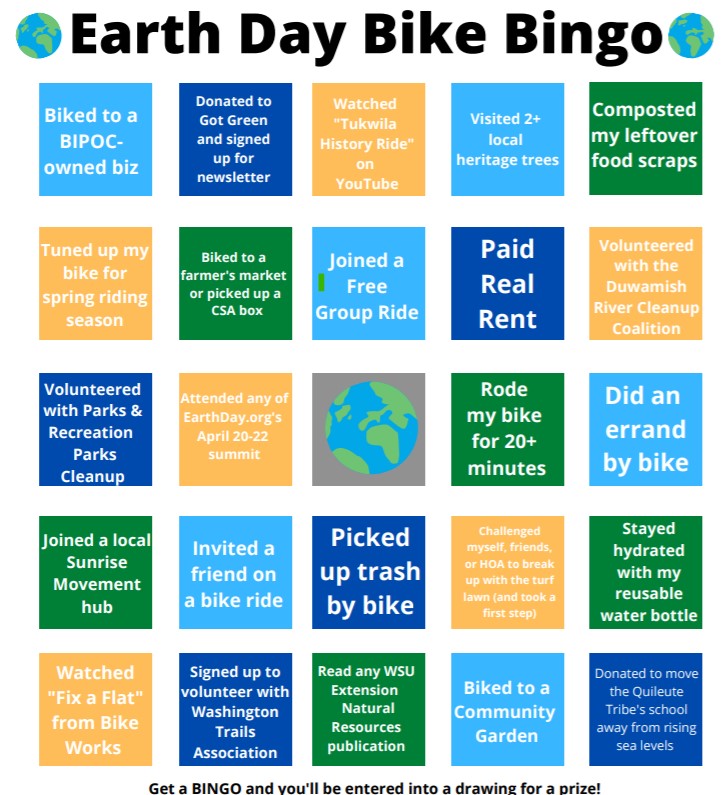 Activities on the bingo card include running an errand by bike, picking up trash by bike, joining a Free Group Ride, and more. Participants who complete a row of column of activities on their card (Bingo!), and who post a photo on social media that tags Cascade and uses the hashtags #EarthDay2021 and #BikeforClimate, will be entered in a drawing for a new Ortlieb saddle bag and Cascade face buff.

And lest we forget: the past seven years were the seven hottest on record. The bicycle community and bike industry can and must be stronger advocates for action. Every time we ride, we are sitting on one of the solutions.

What We Learned at the 2022 Bike, Walk, Roll Summit