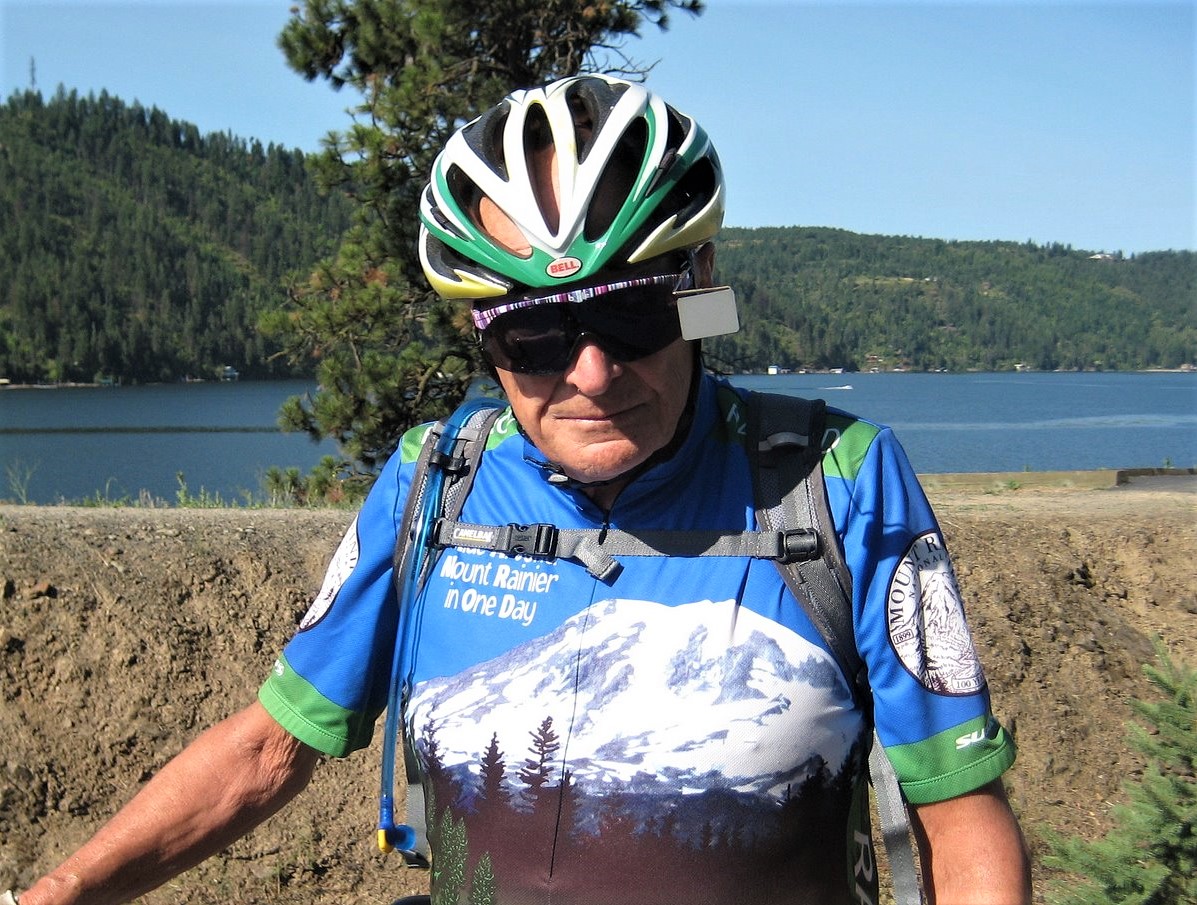 Longtime members of the Cascade Bicycle Club community are sharing fond memories of Don Martin, a gregarious ride leader, globe-trotting bicyclist, and tireless promoter of Cascade who was instrumental in the creation of Washington’s Share the Road license plates.

“Don pedaled at one speed on the bike, FAST!” Cascade Ride Leader Jeff Almgren wrote in a tribute on Martin’s obituary.

“I looked up to him because I was always behind him on the hills,” another bicycling acquaintance commented in the online obituary. “Don always finished before the rest of us, especially on the hills,” wrote another.

Martin served more than 14 years on Cascade’s Rides Committee, including as co-chairperson, and he established and led some of the most popular Free Group Rides.

Almgren now leads the “Pie Ride” that Martin started. The Pie Ride now stops at a bakery, but when Martin was leading the ride he always included a rest stop at the Northshore Senior Center in Bothell, which sold pies as a fundraiser. “Don would often buy an entire pecan pie to enjoy during the week,” Almgren wrote. 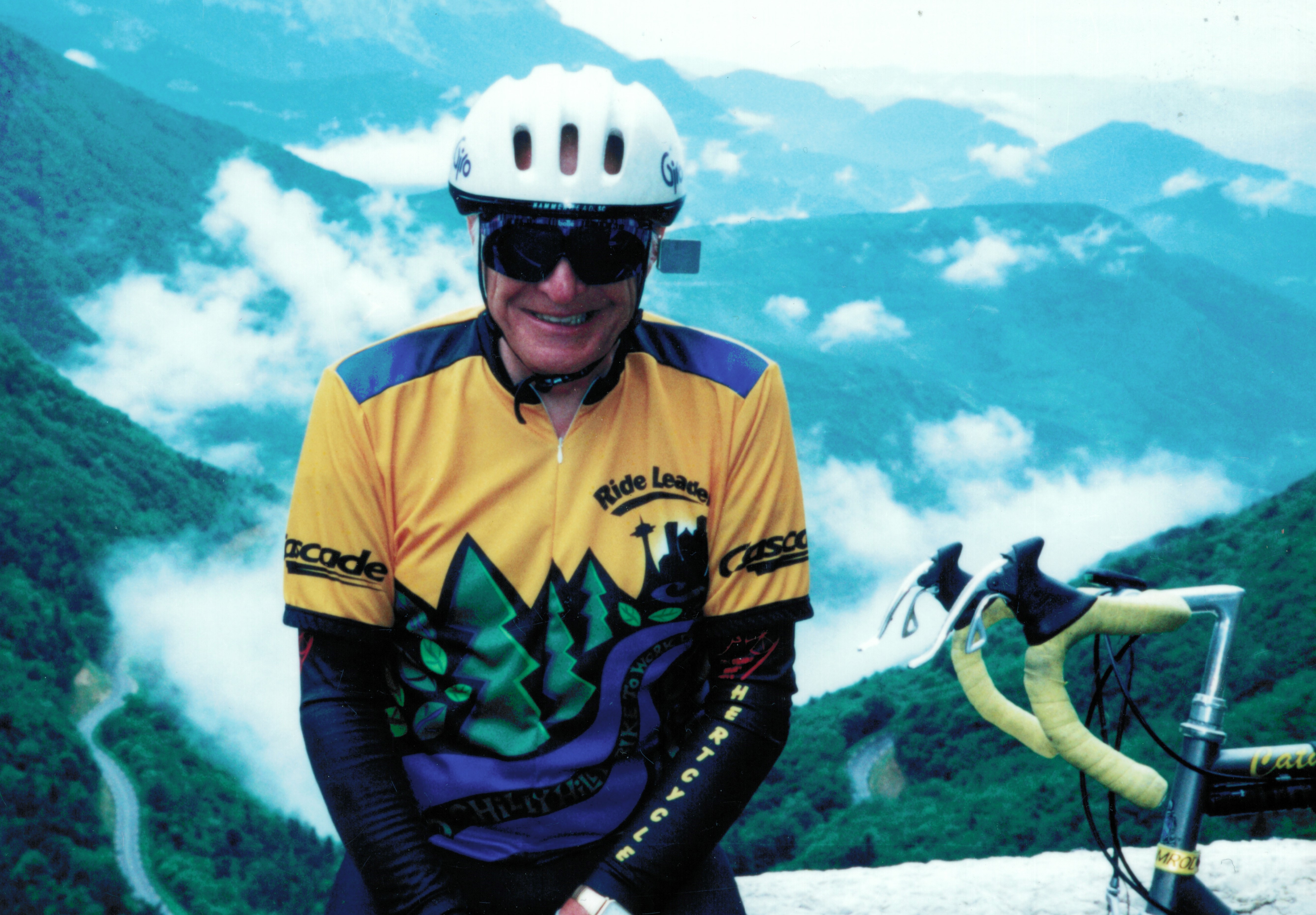 Martin’s greatest legacy may be his work to improve safety for people riding bikes on Washington’s roads. In the early 2000s, he convinced a state senator to introduce a bill to create the Share the Road license plates as a way to generate revenue for bicycle safety--and to create a visual reminder for people driving to be alert for bikes.

“The Legislature was not very friendly to bicycling back then,” Martin said in an interview with Cascade and Washington Bikes.

Martin was inspired to create the plates after learning of the death of 13-year-old Cooper Jones, who was fatally struck by a car driven by an inattentive drive. “Because of that terrible incident, and the fact the driver got away with it, I thought something had to be done,” Martin said.

Cascade’s policy department receives $28 from the sale of every Share the Road plate. It is an important source of funding for Cascade’s advocacy work, and it shows Martin’s lasting legacy on both the club and statewide efforts to reduce vehicle collisions with people on bikes. Martin was first in line to buy the plates when they went on sale, and his cars displayed Share the Road plates BK 0001 and BK 0002.

Martin retired at age 60 following a successful career as an architect, and he spent much of his retirement traveling the world on bikes. His family says Martin joined one of the first bike tours of China, pedaled through Europe, Turkey, Morocco, the former Yugoslavia and much of North America.

Another person shared a story on Cascade’s Facebook page about Martin stopping during a ride and asking, “‘You all want an ice cream?’ He had stopped at his house so we enjoyed a treat on his deck with him.”

Martin was tireless in his work promoting Cascade, even leading a group ride in 2013 to Seattle area bike shops to distribute pamphlets about our free group rides. In 2011, he led a ride to celebrate the opening of the Ship Canal Trail in Seattle.

Cascade Bicycle Club is saddened by Martin’s death, but we celebrate his life and are inspired by his love of bicycling and his passion for sharing the joy of riding.

Read our story “The Legacy of Cooper Jones,” about the creation of Washington’s Share the Road plates and Martin’s crucial role in that process.

Martin’s obituary in the Seattle Times.