Ride in the Rain Challenge Team Competition Heats Up

Participants get extra points for doing food bank deliveries or pedaling to Black-owned businesses. “We want to promote quality time in the saddle that also helps support and build community.” 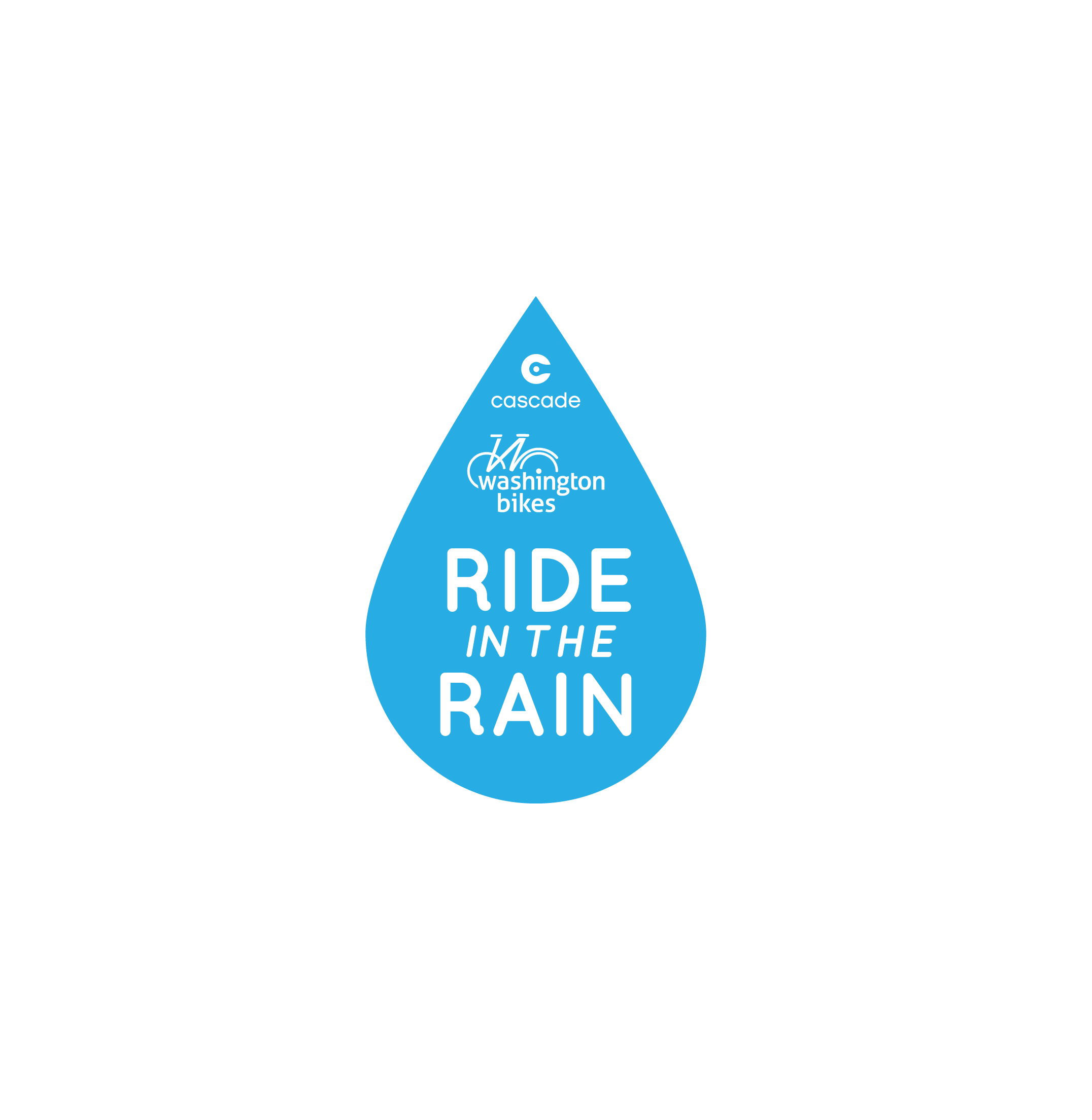 Chalk it up to Don Brubeck’s enthusiasm for the Ride in the Rain Challenge that he wanted to bike to his doctor’s office this week for a hernia operation. His wife talked him out of it, however, and drove him.

“I tell you what, it would have been faster riding my bike there,” he said, referring to the terrible morning traffic. 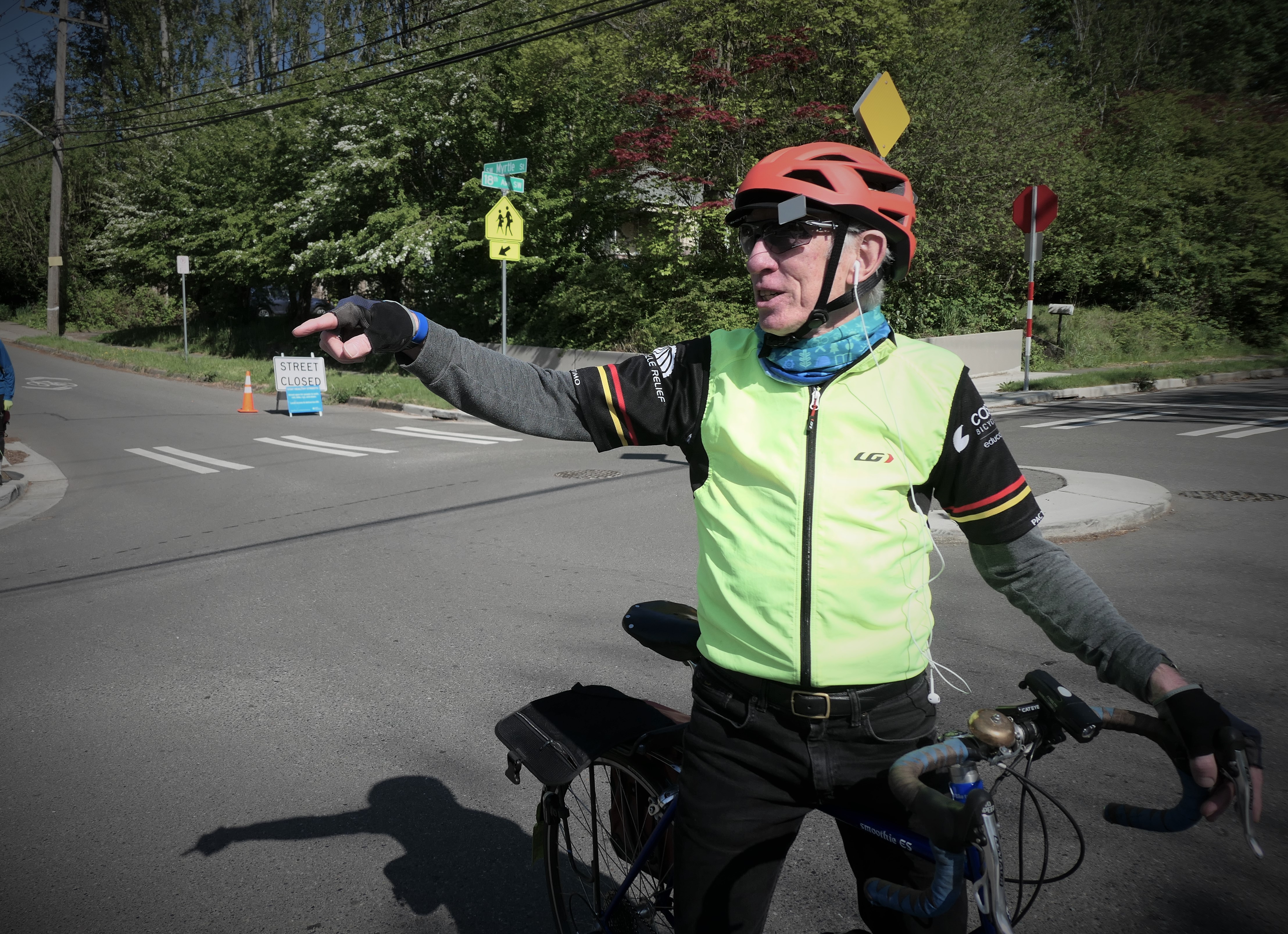 November is the annual Ride in the Rain Challenge month at Cascade and Washington Bikes. While we don’t advise you to pedal to or from the operating room, Cascade does urge people to celebrate biking during the rainiest month of the year.

The challenge is free to enter, people can participate individually or as a team, and participants can win prizes including rain gear, saddlebags, and more.

Brubeck says the challenge is an opportunity for fair weather riders to learn that bicycling in the rain is not spooky. “It’s only water, and you will dry off. It’s not that cold. Just be cautious of wet leaves,” he says. “It’s so much better than sitting inside and staring at the gray sky out your window.” 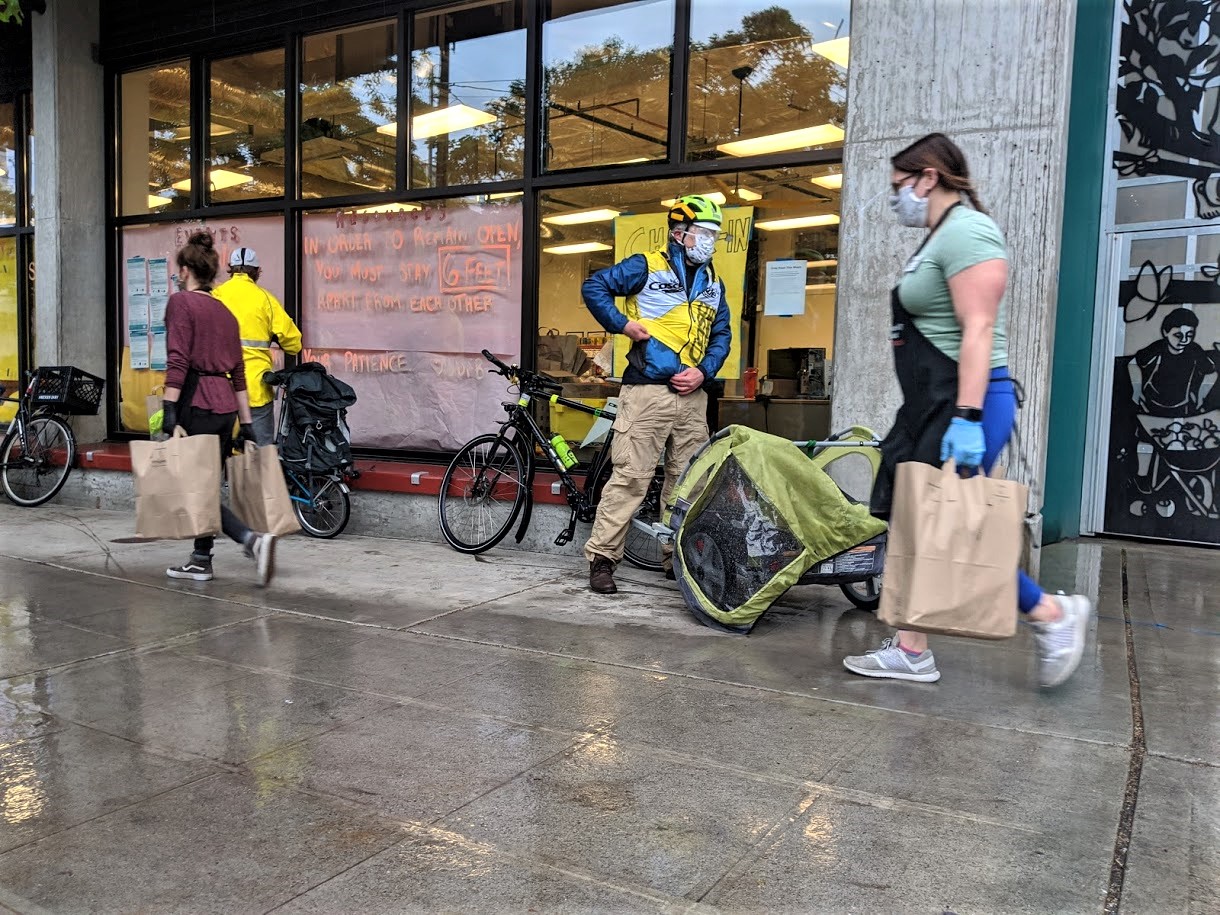 Kathy Dunn, who is riding on one of the two West Seattle Bike Connections teams, delivered some groceries, as well as cat food, to the West Seattle food bank this week. “The lure of getting 20 extra points for delivering to the food bank is just too great to resist,” Dunn says. “It has been a great inspiration to be more generous.”

Dunn, who lives in Alki, pedaled to the food bank with her neighbor Cory Gooch. Both rode electric bikes “to make it easier to haul heavy loads up the West Seattle hills,” says Dunn, who pulls a Burley trailer for carrying large objects. She was planning to pedal two big boxes of diapers to the food bank next.

Gooch is participating in the challenge for the first time. “It’s good to have some extra motivation to get out,” says Gooch, who bought her Tern electric bike this summer. She is using the e-bike to commute to work one day per week. “It has helped me get back into cycling.”

With more people working from home, Cascade Events and Communications Coordinator Jos Johnson says it is important to create opportunities for bicyclists to connect with their community. That’s why Cascade is promoting the food bank deliveries and trips to BIPOC-owned businesses. “It feels good to go for a bike ride with a purpose,” Johnson says. “We want to promote quality time in the saddle that also helps support and build community.”

Giving extra points for supporting BIPOC-owned businesses and food banks allows people who may not be the most hardcore bicyclists to effectively compete in the challenge. “It’s another path to leaderboard domination,” says Johnson. “You don’t have to own a four-thousand-dollar carbon road bike and ride 100 miles a day to win the challenge.”

Johnson, who is coordinating the challenge for Cascade and Washington Bikes, says it’s exciting to see the local pride this year, with teams representing Olympia, Edmonds, and eastern Washington, among other localities. 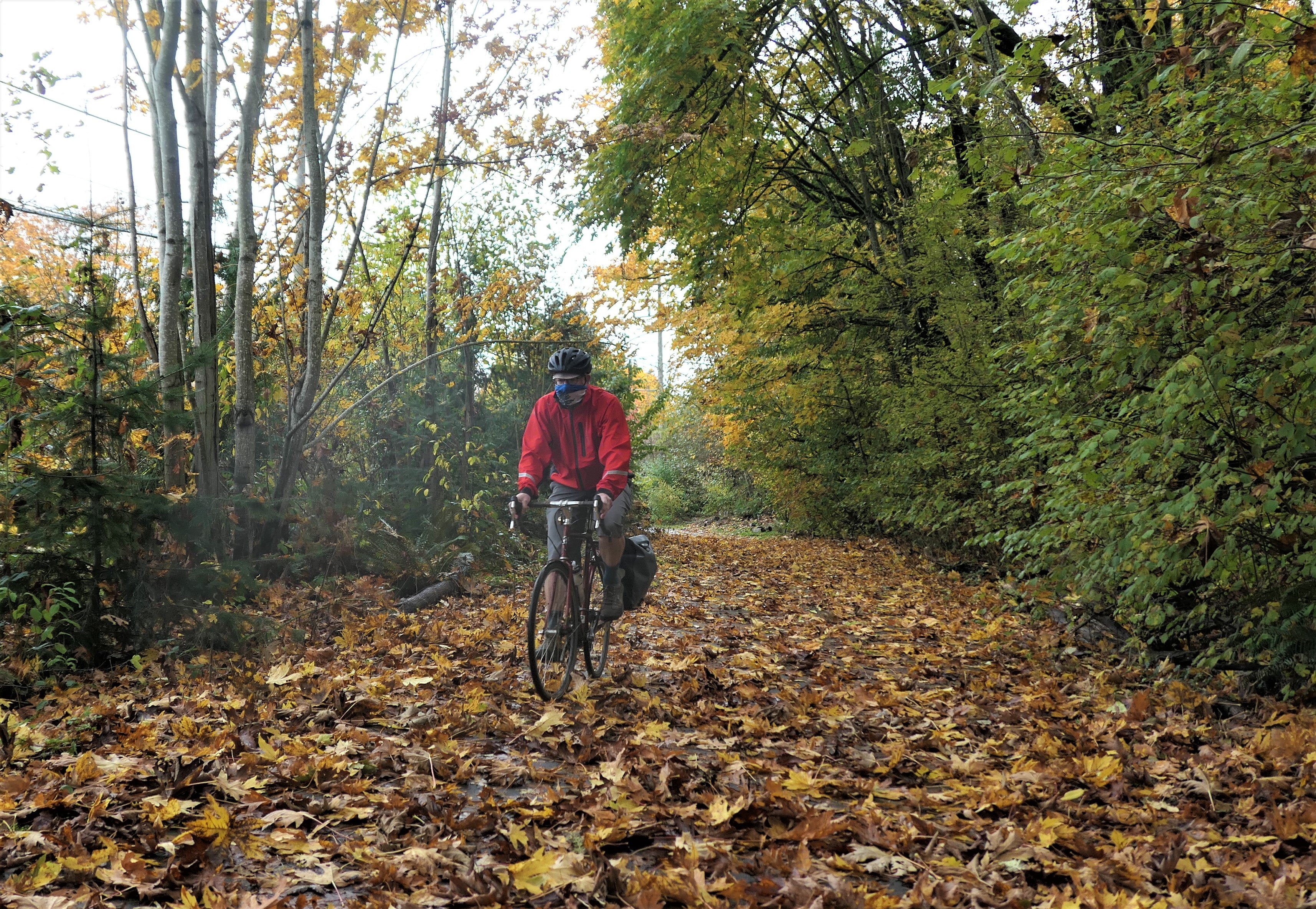 Riding in the rain is beneficial for combating the rainy weather blues. Cascade Education Coordinator Amy Korver says her moods swing wildly in the fall and winter when days are short, especially this year during the pandemic. Getting out for a ride always brightens her day. “Venturing out into the rain and mist helps me see a little clearer, and it’s even better if you can pull those you love outside with you.”

Brubeck, president of West Seattle Bike Connections, which is working with Cascade on the effort to make bikes a large part of the solution for the West Seattle Bridge closure, does most of his errands by bike. “I ride to the grocery store, to the drug story, and just do loops around West Seattle or over to South Seattle.”

As of Friday afternoon, the Quad Squad v2.0 team had surged past Brubeck’s West Seattle Bike Connections team for the lead, with 1,992 miles logged, and 2,762 points. But the Quad Squad should not be complacent.

Brubeck was feeling great following his minor surgery and planned to start riding again this weekend. “My doctor said I can do light aerobic activity.”

What’s your excuse for not riding?

Register for the Ride in the Rain Challenge here.

Read our previous post, “Riding in the Rain and Living Car-Free.”

How Do You Hold a Bike Tour During the Pandemic? Very Carefully

Did you know many of Cascade’s rides and events are ebike friendly?