Cascade’s financial support will help the grassroots initiative deliver more food and essential supplies by bicycle during the pandemic and resulting economic downturn. 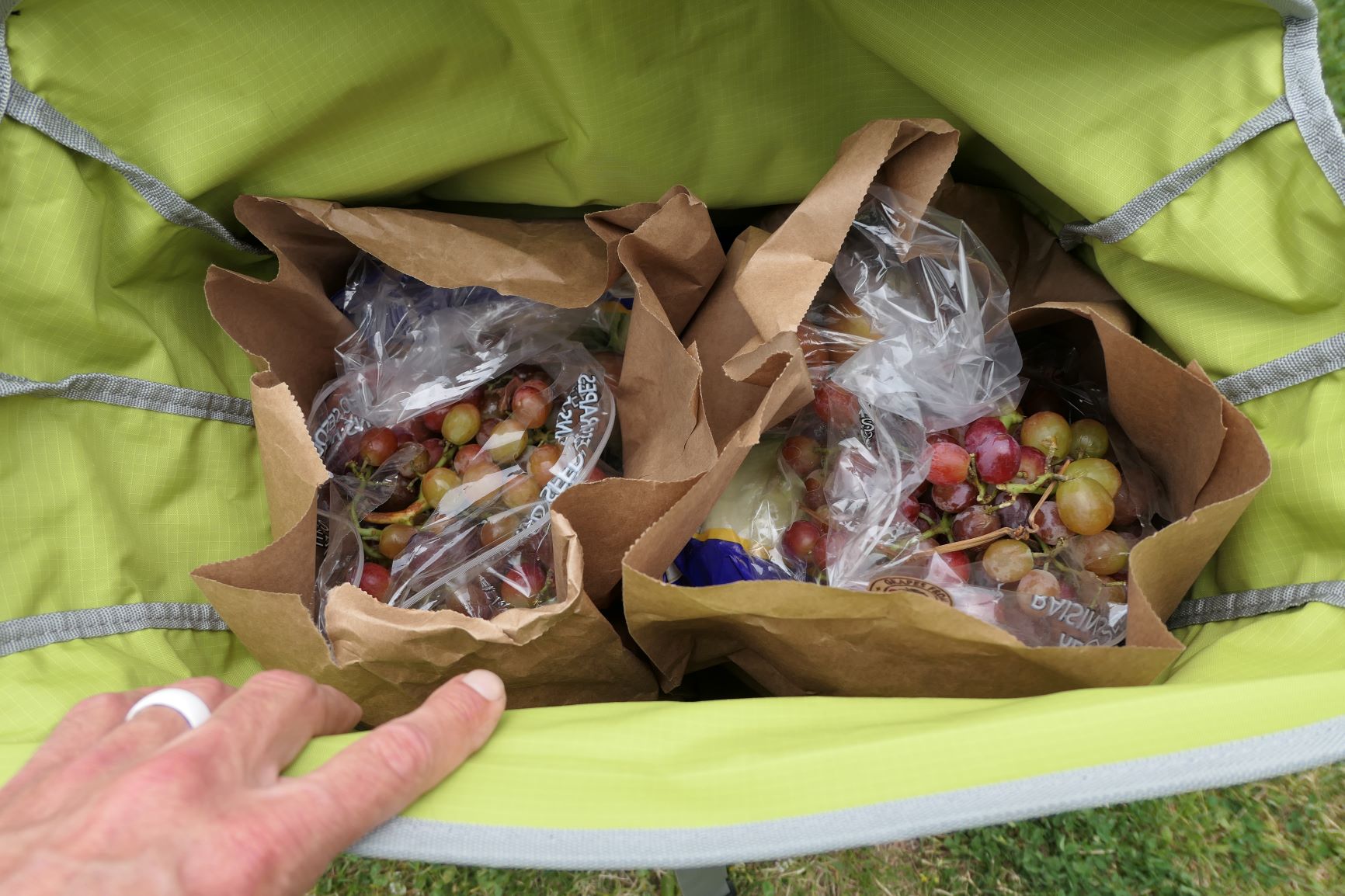 Cascade is stepping up its efforts to fight food insecurity during the pandemic by financially supporting and formally partnering with the Seattle Pedaling Relief Project, which mobilizes people on bikes to deliver groceries to households in need of assistance.

The grassroots initiative has delivered more than 10,000 pounds of groceries by bicycle to about 1,000 homes and more than a thousand families since the project’s inception in March. At least 260 volunteers have used their bicycles and cargo bikes to transport food and essential supplies during that time.

Cascade has hired Seattle Pedaling Relief Project’s co-founder, Maxwell Burton, as a contractor, enabling him to continue managing the project, which he has until now done as an unpaid volunteer.

“Cascade and its staff have been instrumental to this effort since the beginning, and their financial support means that I can continue doing this work nearly full-time,” says Burton, an experienced volunteer coordinator, educator, and bike mechanic. “This is a crisis response, and we are keeping communities fed without using fossil fuels.” 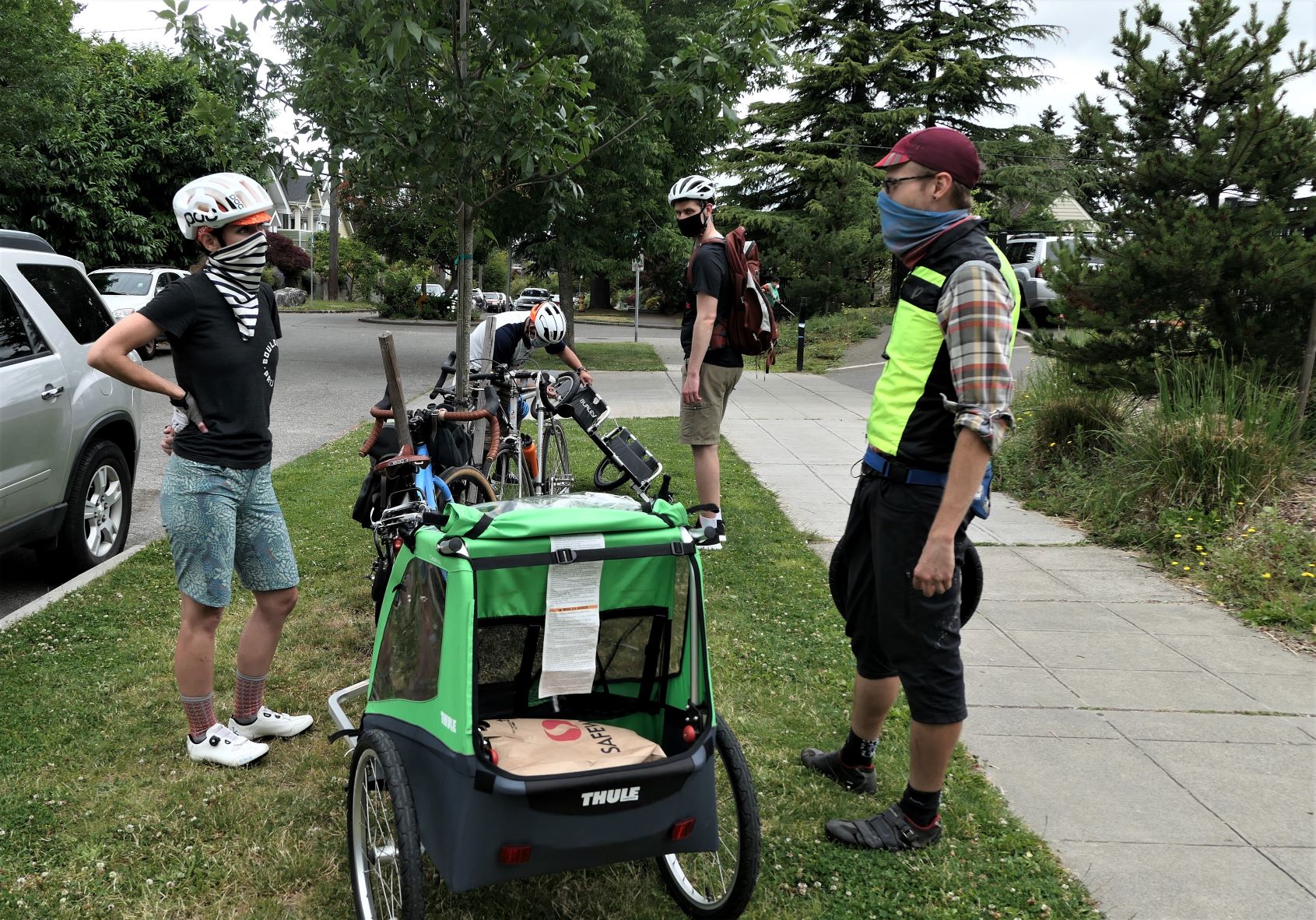 Burton, right, gives some instructions to a volunteer before she heads out.

“Max is a hero to the community,” says Christopher Shainin, Cascade’s Interim Executive Director. “When the pandemic shut down the economy last winter and caused a huge spike in the number of families seeking assistance from community food banks, Max showed compassion and leadership by donating countless hours of his time to get Seattle Pedaling Relief up and running.”

Volunteers also perform wellness checks when delivering food to individuals with health issues. Throughout the summer, the grassroots initiative collected surplus produce from Seattle P-Patch gardens and the Alleycat Acres urban farming collective and delivered it to food banks for redistribution. Volunteers with cargo bikes and bike trailers have also collected hundreds of pounds of food donated by stores including PCC Community Markets, Trader Joe’s and Safeway markets.

Bikes are also being used to stock “little free pantries” throughout Seattle. On Oct. 29, Seattle Pedaling Relief will distribute excess non-perishable items from the Mary’s Place women’s and children’s shelter in White Center to little free pantries across Seattle. Sign up for that event here.

Delivering by bicycle is more efficient than by car because most deliveries take place within a few miles of food banks. “Volunteers aren’t spending time trying to park a car,” Burton says. “They can connect with neighbors and see how they’re doing, which is something food banks have asked us to do at certain households.” 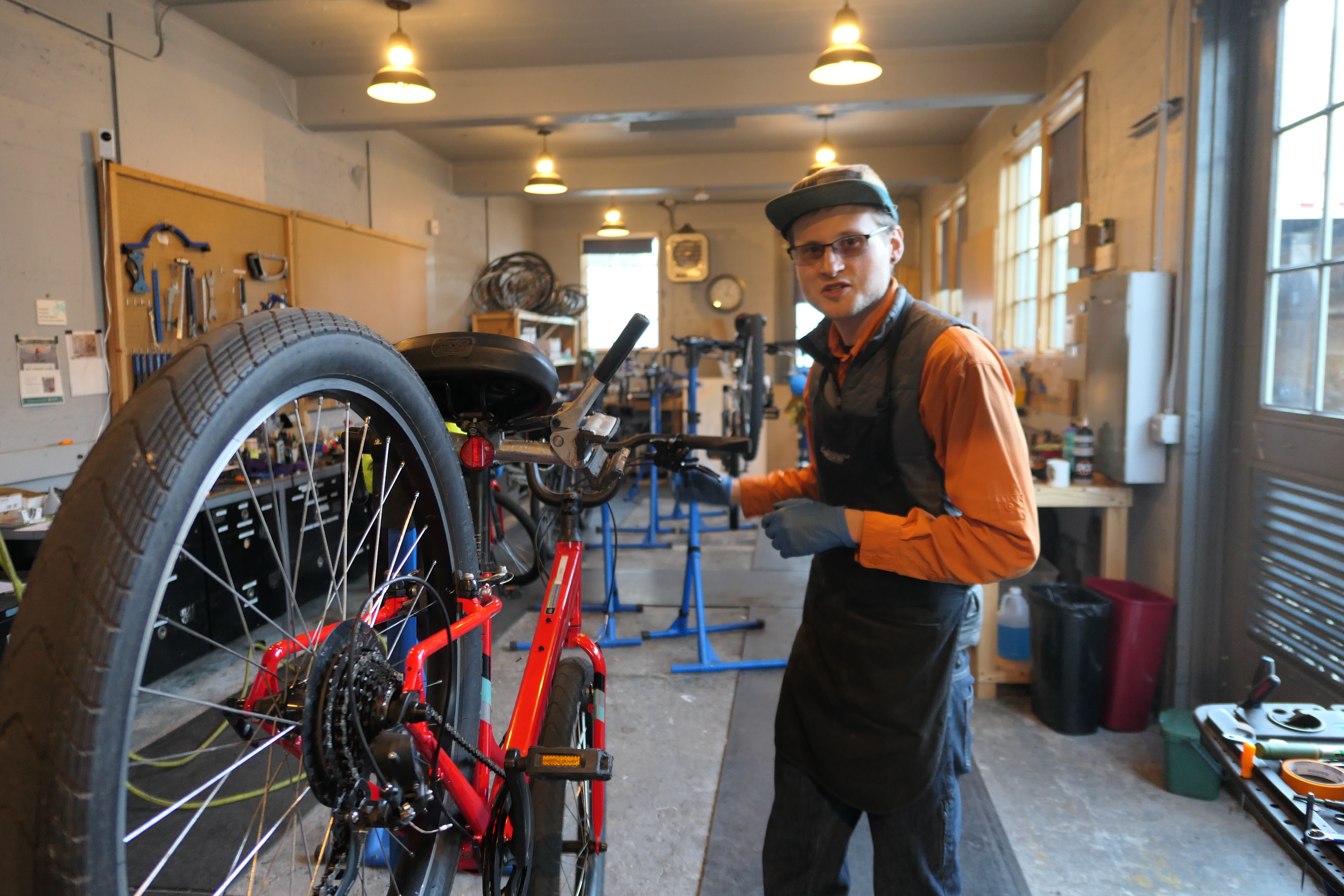 Burton in the shop before the pandemic. A skilled mechanic, he is using his passion for bikes to fight food insecurity.

The partnership will enable Seattle Pedaling Relief to tap into Cascade’s large audience of potential volunteers and donors, and to use Cascade’s equipment and resources.

Since last spring, Cascade has been coordinating volunteers for the University District Food Bank, where people on bikes have delivered 648 bags of food.

The food deliveries are a chance for people with bikes to explore new neighborhoods and exercise while also helping to ensure no one goes hungry. Lean more in our previous blog post, “Seattle Pedaling Relief Uses Bicycles to Combat Hunger.”

Own a cargo bike or have the ability to pull a bike trailer? Sign up here. 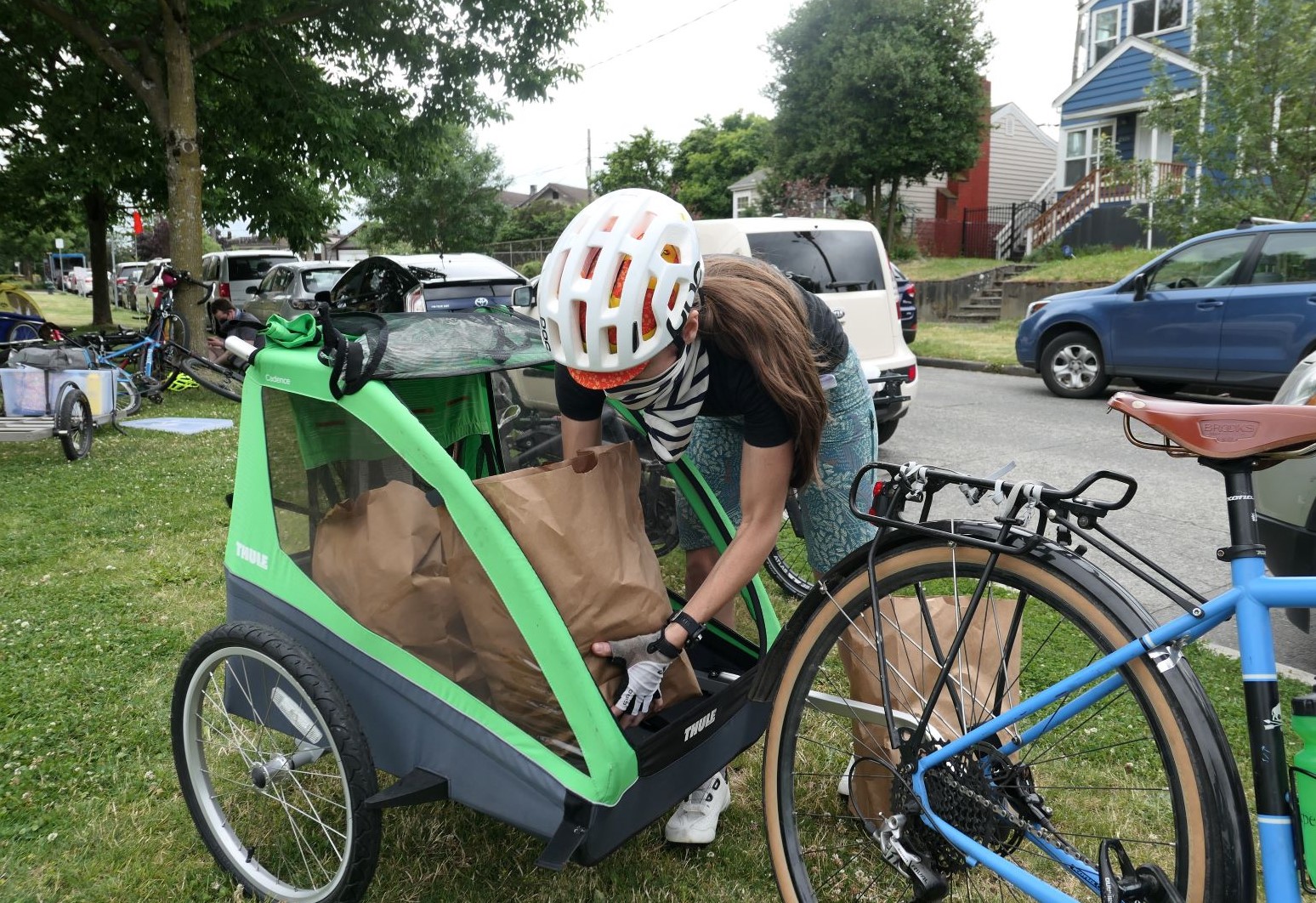 Delivering Warmth and Food by Bike With the Pedaling Relief Project