Cascade partners with e-bike brand IZIP to create maps and videos showing the safest West Seattle routes. Cascade is also urging the city to spend one percent of its West Seattle Bridge Project budget on bike infrastructure--with the goal of increasing bicycle commutes to 10 percent. 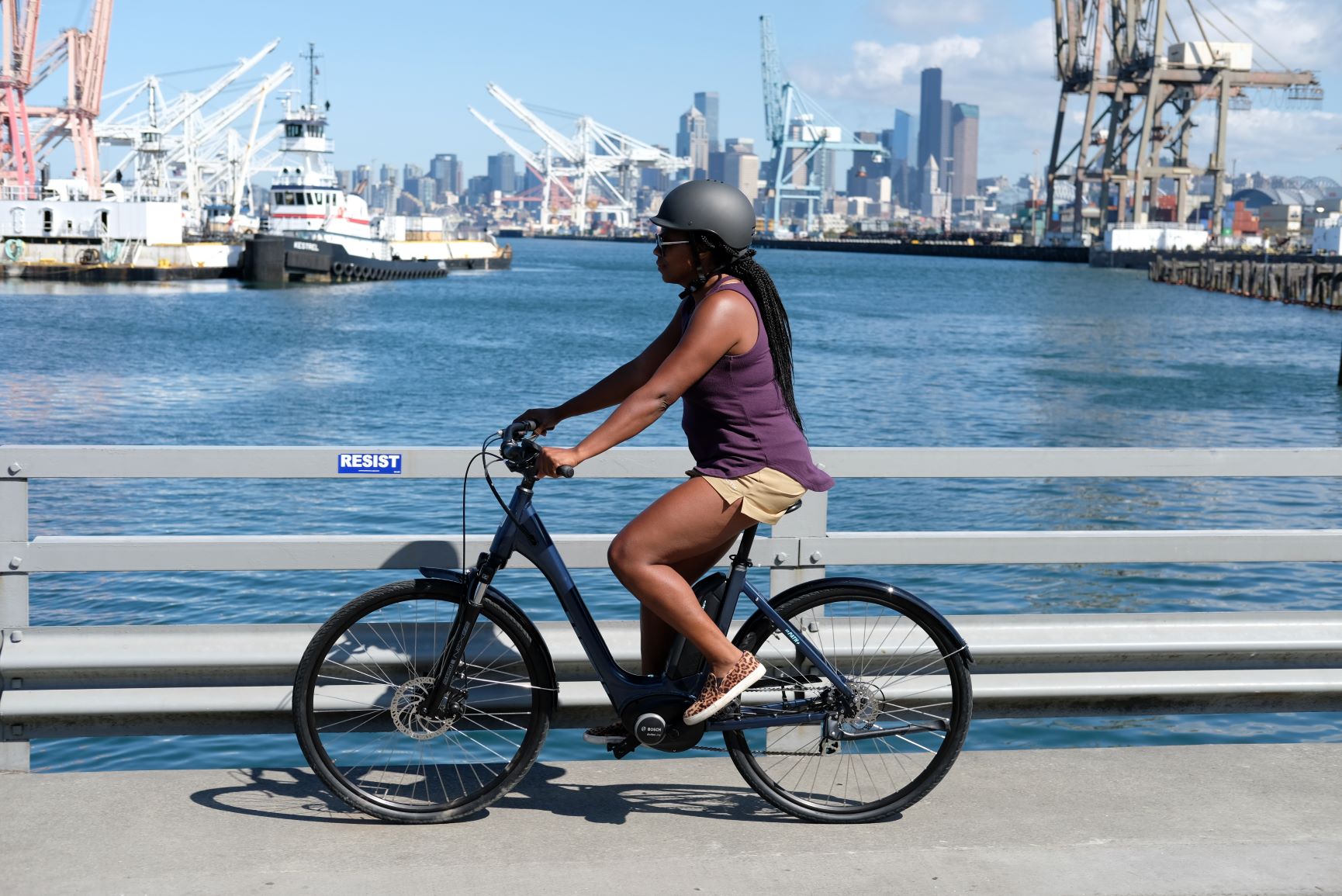 Cascade Bicycle Club and electric bike brand IZIP have partnered to create a series of bike maps and instructional videos to help West Seattle residents impacted by the West Seattle Bridge closure more safely and confidently bicycle to downtown and throughout their community.

The maps and videos, available at cascade.org/westseattle, show the safest bike routes for navigating within West Seattle, for bicycling to Georgetown and South Seattle, and for getting over the Spokane Street “low bridge” to connect with bike routes leading to downtown Seattle.

“The goal of this project is to help new riders and bike-curious folks feel comfortable and confident commuting by providing high quality route information in an easily understandable format,” says Vicky Clarke, Cascade Bicycle Club policy director. “By partnering with IZIP, we were able to create an informative map and videos highlighting major routes and other information that new bicyclists might want to know.” 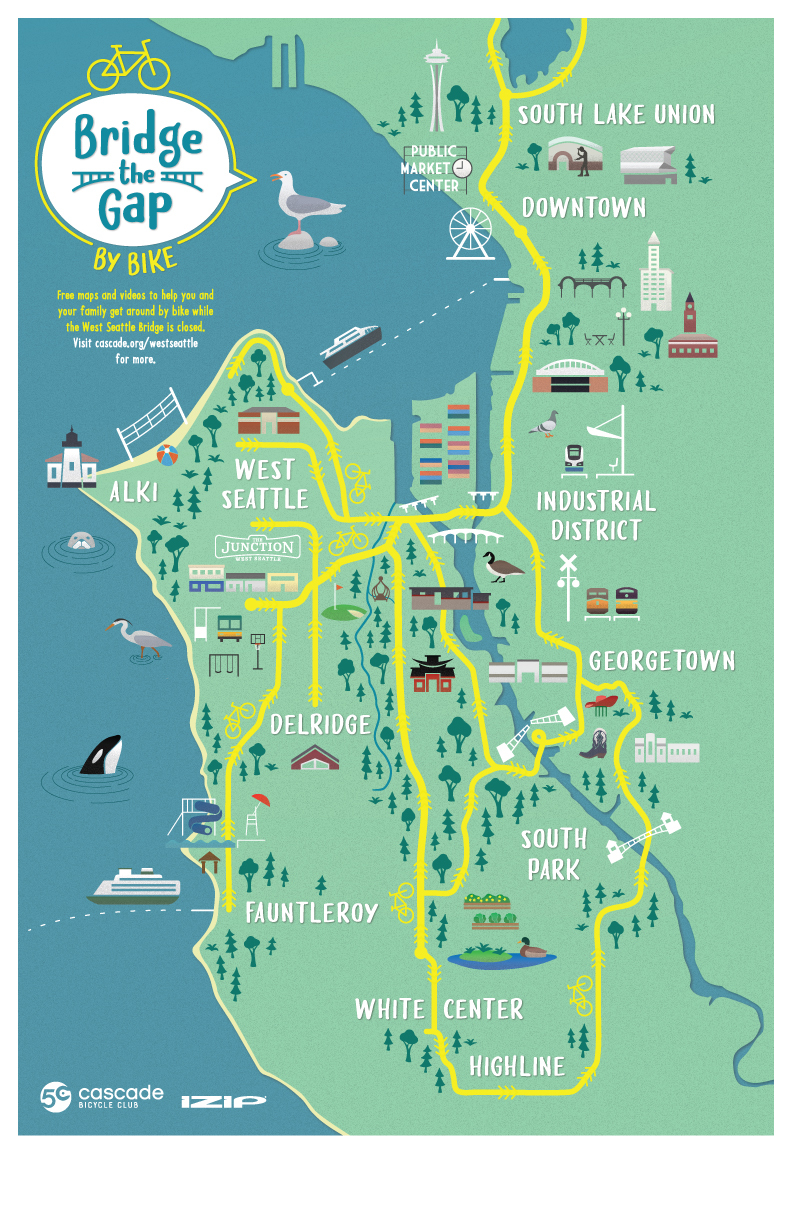 The Seattle Department of Transportation hopes to increase the number of people commuting from West Seattle to downtown by bicycle to 10 percent, from the current one percent. Cascade supports that goal but believes the city must pledge funds to improve routes to achieve it.

The city has announced it will spend up to $1 million on bike route spot improvements to make riding bikes safer and more intuitive. Cascade and its partners, including West Seattle Bike Connections, Duwamish Valley Safe Streets, and Seattle Neighborhood Greenways, believe this amount is “woefully inadequate.”

Cascade urges the city to spend just one percent of its West Seattle Bridge Program budget, estimated at between $160 million and $225 million over two years, on bike route improvements, which could yield $1.6 to $2.25 million for additional bicycle infrastructure and wayfinding.

Cascade and its partners have created a list of targeted investments and spot fixes it would like to see the city implement.

In addition to the maps and routes, Cascade’s West Seattle Bridge page also includes links to free resources designed to help bicyclists of all levels become confident riding on the streets, learn the rules of the road, and get a bike in road-ready shape. 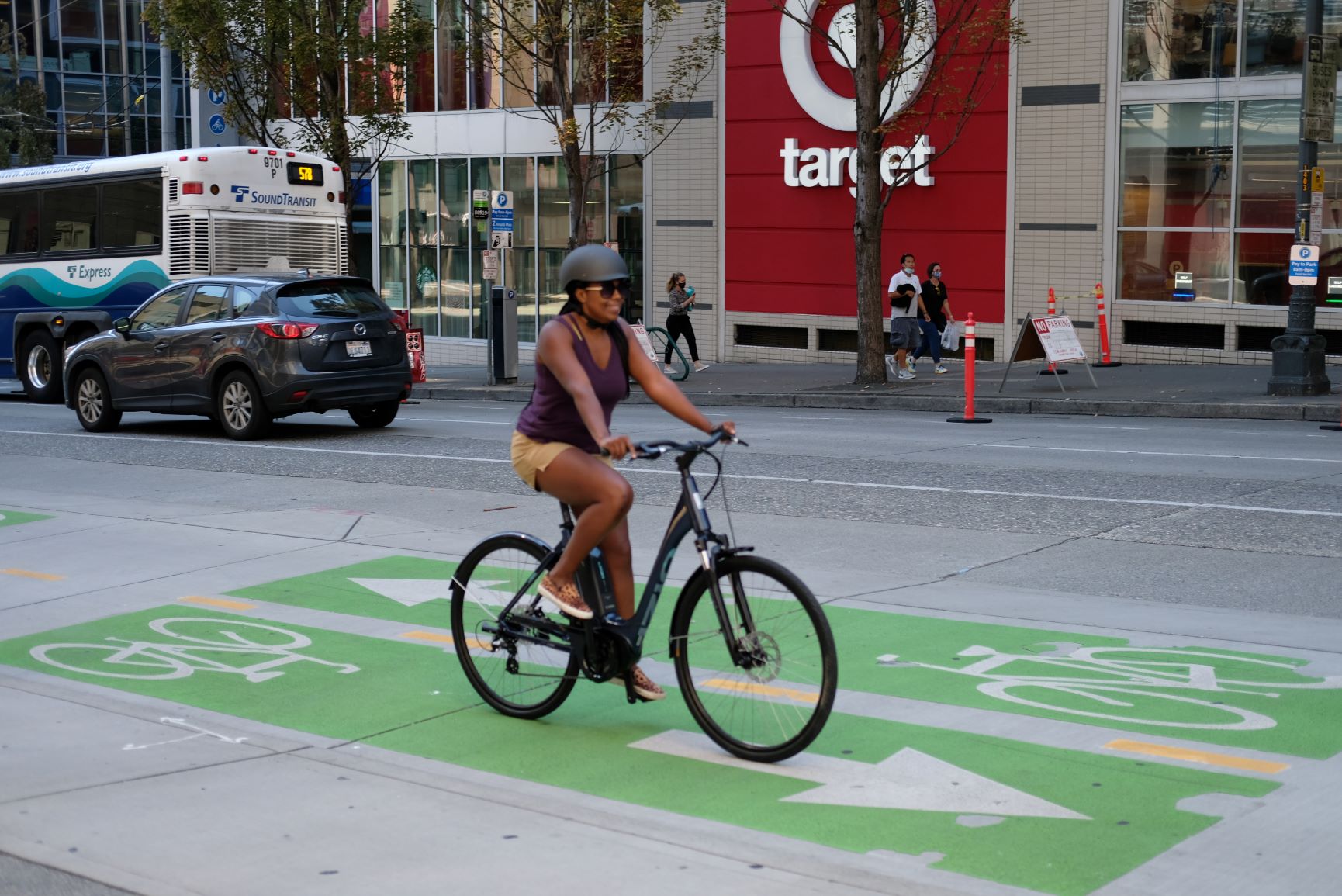 Throughout this partnership, IZIP and Cascade will host events with West Seattle businesses to grow awareness of the maps, videos, and other resources, and to give people the opportunity to see and test IZIP’s new fall lineup of e-bikes, including a chance to win a free e-bike.

Sales of electric bikes have skyrocketed in Seattle since the West Seattle bridge closure as more people look for a fast and efficient way to travel over the Spokane Street Bridge, which is closed to non-essential vehicles.

Delivering Warmth and Food by Bike With the Pedaling Relief Project