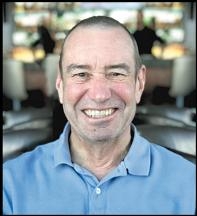 It is with a heavy heart that we share the passing of Blair Dillaway. Blair was a volunteer, and for a short time, Board Member, of Cascade Bicycle Club. Blair was a huge supporter of the Major Taylor Project and lent his varied skills to the "Build A Bike" program so young people from underserved communities had the tools they needed to build their own bike. He also designed and constructed the workbenches in the Cascade Fix-It-Garage.

With his wife Laura, Blair generously donated the Repair Station at the Ride Leader Pavilion, which supports Cascade staff, members, and volunteers who need a quick fix on their bikes. Our thanks and sympathies are with his wife Laura and his children Clayton and Liana. A memorial service will be held at East Shore Unitarian Church in Bellevue on January 5 at 2 p.m. We encourage all who knew him to attend, and in keeping with Blair’s spirit, bright and colorful clothing is encouraged.

Ed Ewing, the co-founder of MTP, had this to say about Blair:

"Blair had an immediate interest in the Major Taylor Project, he saw the project's potential and it purpose.  He was an outstanding volunteer and supporter of students and enrolled several of his friends to volunteer. He was a consistent presence in the Cascade and Major Taylor Project communities.  He was kind, thoughtful, sincere, and genuine, I will miss him."