Thanks to brewer Dreux Dillingham’s connection to disability advocacy, Métier is donating $10 of every Trail Blazer keg to the Major Taylor Project adaptive program in Tacoma so people riding with disabilities have the opportunity to experience bike riding with the same joy as any other person.

Dreux and Dain Dillingham were already close as brothers. Dain followed Dreux’s lead into the winemaking industry, and the two found work in Eastern Washington that bloomed into full time careers.

So when tragedy struck on Dain’s 28th birthday — he fell off a roof at a party, breaking his neck and sustaining a spinal-cord injury that resulted in function loss of his arms and legs — Dreux stepped away from wine to take care of his brother full time. 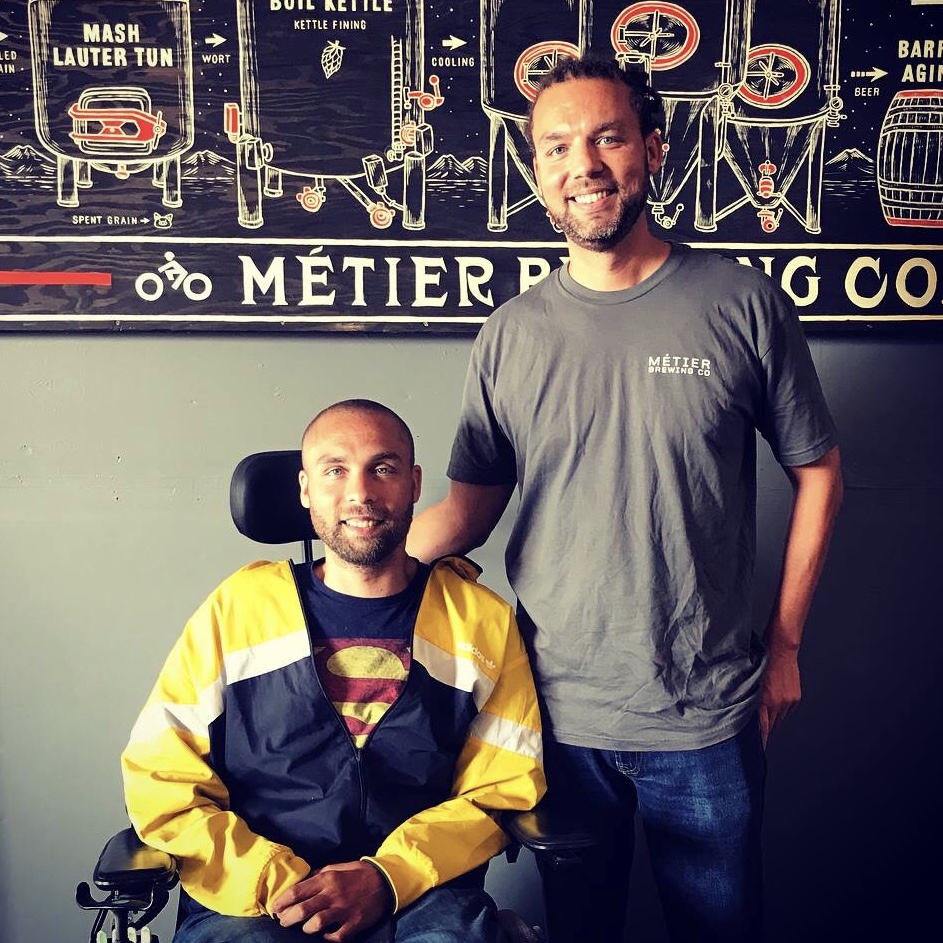 Now, Dreux is working in the beer industry, and is combining his beer making with his belief that people with disabilities should have access to all the same programs able-bodied people do. Along with the rest of the team at Métier Brewing, Dreux has helped brew an orange pale ale they’re calling the “Trail Blazer” to benefit the Major Taylor Project adaptive program based in Tacoma.

MTP provides youth across King and Pierce counties access to bicycles and bike rides out of their neighborhoods to new places and experiences. The Trail Blazer has a goal of raising $3,000 to $4,000 for the adaptive equipment participants with disabilities need, donating $10 from every keg sold to the Major Taylor Project’s adaptive program, based largely in Tacoma.

“Every person deserves to feel as if the world around them is accessible and inclusive. For people living with disabilities, this means more than just access to basic services,” said Dreux Dillingham, General Manager of Métier Brewing. “It's about providing EVERY opportunity for them to live this life as their best selves, without any barriers or roadblocks to experiencing the same joys and triumphs as any person.

“Having a family member living with quadriplegia has sharpened that awareness for me, and it makes me so happy to know that we can positively impact the lives of these kids by having the equipment they need to participate in the Major Taylor Project not just occasionally, but whenever they want to,” Dillingham added.

You can support the Major Taylor Project by purchasing Trail Blazer Ale at any of these locations. The Métier tap room will also launch the beer on tap this weekend, and will be selling sixtel size kegs that serve about 45-50 beers (for your holiday party, or for a Tuesday!):

Additionally, there will be a release date in January 2020 for Trail Blazer Pale Ale 22 oz bottles.