Followed by two years of exponential growth to 18 schools in Seattle and Tacoma, last year marked the 11th year of the Major Taylor Project. Our focus in 2018 was to sustain growth, continue to support and enrich the Major Taylor Project community, and give our students the best experience possible. Named after African-American world champion cyclist Marshall "Major" Taylor, the Major Taylor Project empowers youth through bicycling. In after-school bicycling clubs MTP students explore their communities, build confidence, and discover their power to effect change.

In September, Celiz Aguilar McClish joined the team as the Major Taylor Project Field Coordinator. Focused on Project operations and coordination, Celiz works very closely with school administration, Project team members, volunteers, stakeholders, and donors. Another addition in 2018 was the return of Ed Ewing in a new role as Major Taylor Project Advisory Council Manager. The role was created to help establish a Project Advisory Council that meets quarterly to help plan and execute strategies for the Project.

Once again in 2018 the Major Taylor Project exceeded its goals and expectations, reaching over 500 students. In the Winter, Major Taylor Project students earned well over 50 bikes, learning valuable bike maintenance skills in the Build-A-Bike curriculum, ending in February.

In the Spring students hopped back on their bikes, participating in 5 of Cascade Bicycle Club’s signature rides; the Emerald City Ride, Chilly Hilly, Ride for Major Taylor, Flying Wheels, and The Seattle to Portland Classic.  In addition to Cascade events, the Major Taylor Project students created 6 of their own rides in Seattle, Tacoma, and on Vashon Island. This was the first year students were able to unify from all schools, making every ride available to all of students.  Based on student feedback in the Major Taylor Youth Leadership Retreat, we learned that inclusive community rides and events enhance the overall experience of ‘Bike Club’. They provide students the opportunity to connect and build community.

The Seattle to Portland ride in the Major Taylor Project community is legendary. STP among the students has become a right of passage, a badge of honor, an opportunity to celebrate self and self-accomplishment.  2018 marked the 11th STP for the Major Taylor Project students and for some, their 4th consecutive STP. Students began training with short distance ‘training rides’ and as the season progressed, students increased their distance to 50 - 60 mile rides. By the end of June students completed multiple 100 mile rides preparing them very well for STP.  8 of the more ambitious students trained for 10 weeks preparing themselves for the 1 day STP. 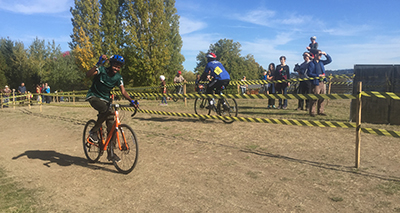 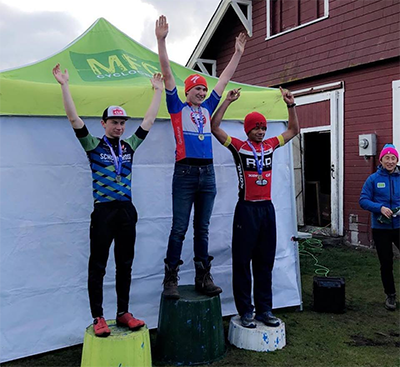 With a mission of inclusivity and Bicycling for All, a big milestone for the Major Taylor Project was expanding Adaptive bicycling curriculum. With the support and partnership of the Puyallup Watershed Initiative and Metro Parks Tacoma, Adaptive curriculum was added serving twice as many students and helping 2 students participate in STP. 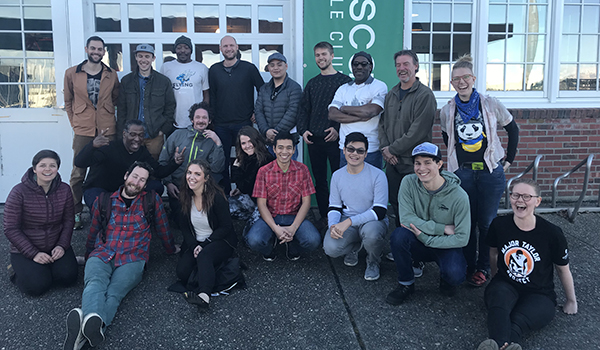 The team consist of 1 Manager, 1 Seattle Field Coordinator, 1 part-time Tacoma Field Coordinator , 1 Advisory Council Manager, 12 part time Ride Leader Instructors, and 70 Volunteers.  We support over 500 students each year that ride over 147,000 miles, burn over 9 million calories, and prove that cycling is an inclusive activity for everyone.

The team is excited for 2019 and creating more opportunities for our students. The year will kick off with the Major Taylor Youth Leadership Retreat, bringing students together to strategize and plan for the coming Spring season. In 2019 we will also expand the Major Taylor Project through community partnerships reaching more youth in the Puget Sound community.