More funding for the Eastside Rail Corridor, and a new website to track progress and milestones

It’s no overstatement that the Eastside Rail Corridor will be a transportation and recreation game-changer for King County’s eastside. That’s why, for the past several years, Cascade has advocated that public owners of the disused rail corridor execute a plan to remove rails and build a trail and linear park along the 42-mile corridor. And with 5 miles of interim trail opening this Spring in Bellevue and Renton, and new funding for the Wilburton Trestle secured, the vision is gradually becoming reality. 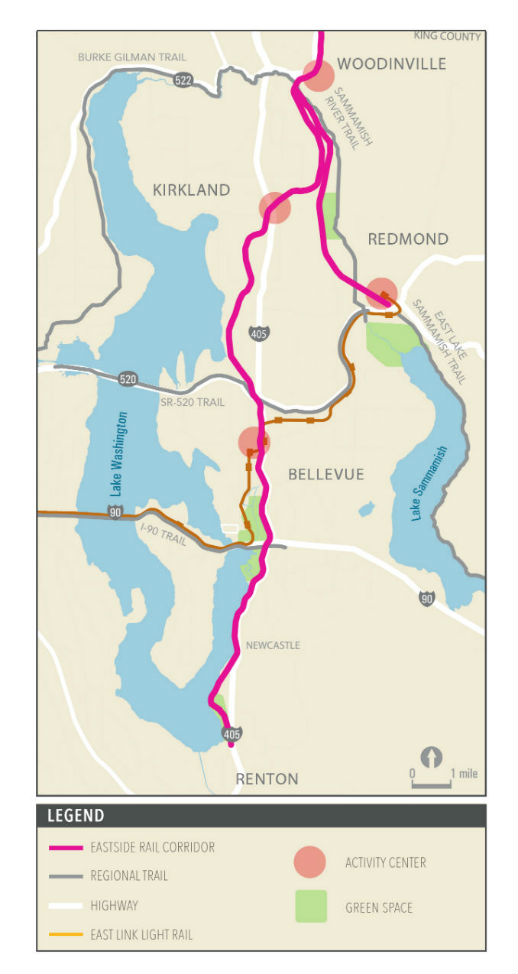 In 2016, Cascade’s formed the Eastside Greenway Alliance, a coalition of regional and national non-profits that all recognize the transportation, recreation, and environmental benefits of the future ERC trail. The new Eastside Greenway Alliance website enables community members to track progress towards the 42-mile vision, and key milestones accomplished by public agency owners and advocates. 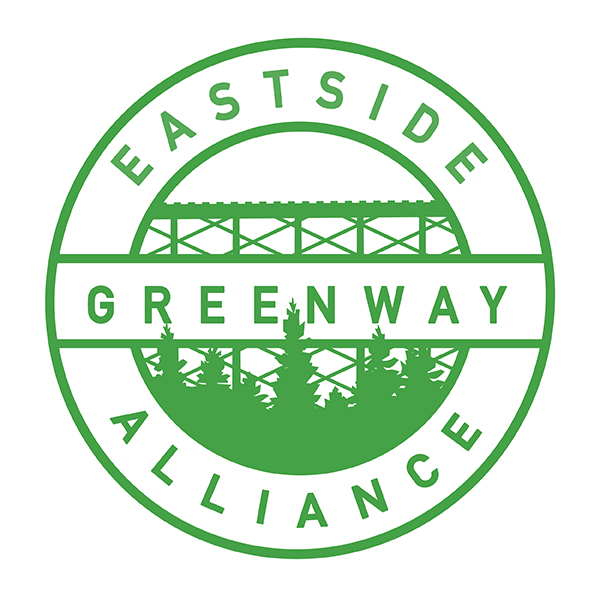 For example, one of the Eastside Greenway Alliance’s goals is for Kirkland to Renton connectivity on the ERC, via Bellevue, by 2020. The historic Wilburton Trestle is the linchpin to Kirkland to Renton connectivity. The largest wooden railroad trestle in the Pacific Northwest, the Wilburton Trestle spans the Kelsey Creek Valley near Mercer Slough. The trestle is slated to be an iconic stop along the ERC once it’s retrofitting to carry a bike/ped trail atop the trestle. It’s also the only way to connect Bellevue and Renton on the ERC.

As the largest single unfunded segment, the trestle is the Eastside Greenway Alliance’s top funding priority, and we’re we’ve focused attention that’s resulted in securing $8M of the $13M required to retrofit the trestle with a trail.

Thanks to a broad coalition effort in the 2017 legislative session, the State transportation budget contained $2.5M towards retrofitting the Wilburton Trestle. The passage of the state capital budget this January, increases the state contribution to $3M, and brings the total secured funding to date for the trestle to $8M. Initial funding was secured during the 2016 budget season. Together funding represents the culmination of many months of advocacy efforts by Cascade Bicycle Club, Washington Bikes, and our nonprofit partners in the Eastside Greenway Alliance.

As Cascade and our partners continue the drum beat that the community can’t wait for the Eastside Rail Corridor, you can keep up with progress towards an end-to-end connected trail within the corridor, and new connections to the regional trail system and Link Light Rail system, on the the Eastside Greenway Alliance website.

If, like us, you’re excited to get involved and volunteer your time advocating for the trail, including supporting the 2019 King County Parks levy, join the campaign for a connected Eastside Rail Corridor now.

So you just signed up for a major riding event. Now what?