Advocacy Leadership Institute alumni highlight: Where are they now?

Cascade Bicycle Club’s Advocacy Leadership Institute is a nationally recognized training program that transforms people who are passionate about bicycling into effective advocates for for better trails, safer streets and more connected communities. Graduates of this program have gone on to do many great things, from serving on boards and commissions to starting their own campaigns and more. Let’s hear what a few graduates are working on! 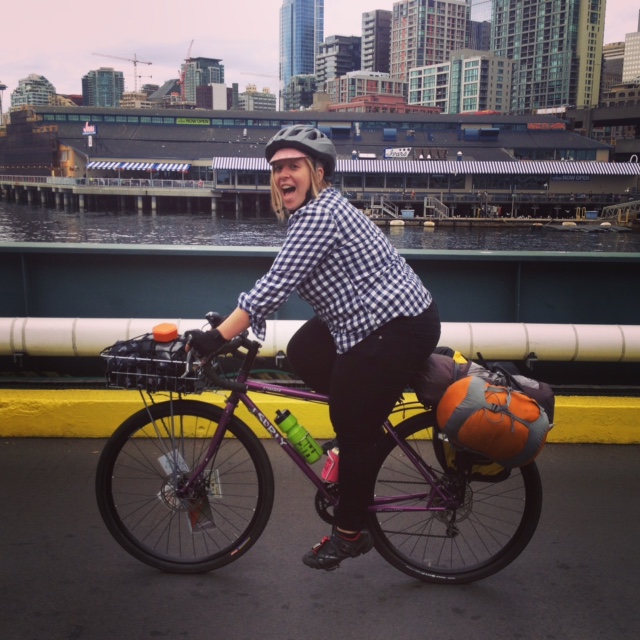 WHAT ARE YOU CURRENTLY WORKING ON OR HAVE WORKED ON RECENTLY TO MAKE BICYCLING BETTER?
My current project is With These Thighs, a body positivity campaign that encourages people to be proud of what they do with their bodies. This sticker campaign reminds people, women especially, to focusing on their accomplishments, specifically around biking. It takes a lot of strength to climb mountains and go on awesome trips, instead of getting wrapped up in what size you are.

The idea is from Leah Benson, who owns Gladys Bikes in Portland and sent one sticker to Marley, who then used her social media prowess to make the campaign take off! Now she is sending stickers to people all over the United States.

Marley also serves on the board of The Bikery, a community bike shop in Seattle. She also  co-organized the Girls of Summer Alleycat for women and non-binary folks. One of her major goals is to get more women on bikes because it is a great way to move throughout the city.

WHAT SKILLS DID YOU LEARN IN ALI THAT YOU ARE USING?
I learned about the power of organizing and finding a message. It really honed in on your messaging skills. I also learned the importance of organizing a campaign. I learned how it works and the steps to build it up and celebrate it. This was incredibly helpful for the Girls of Summer Alleycat and Menstrual Mondays.

WHAT ADVICE WOULD YOU GIVE SOMEONE WHO WANTS TO MAKE A DIFFERENCE IN THEIR COMMUNITY?
Don’t try and take it all on. You can’t fight every battle; you must pick and choose. Find the one thing you are most passionate about and how you can make a difference. Otherwise it gets overwhelming. Do what you find fun—encouraging people to ride is a source of fun and inspiration. 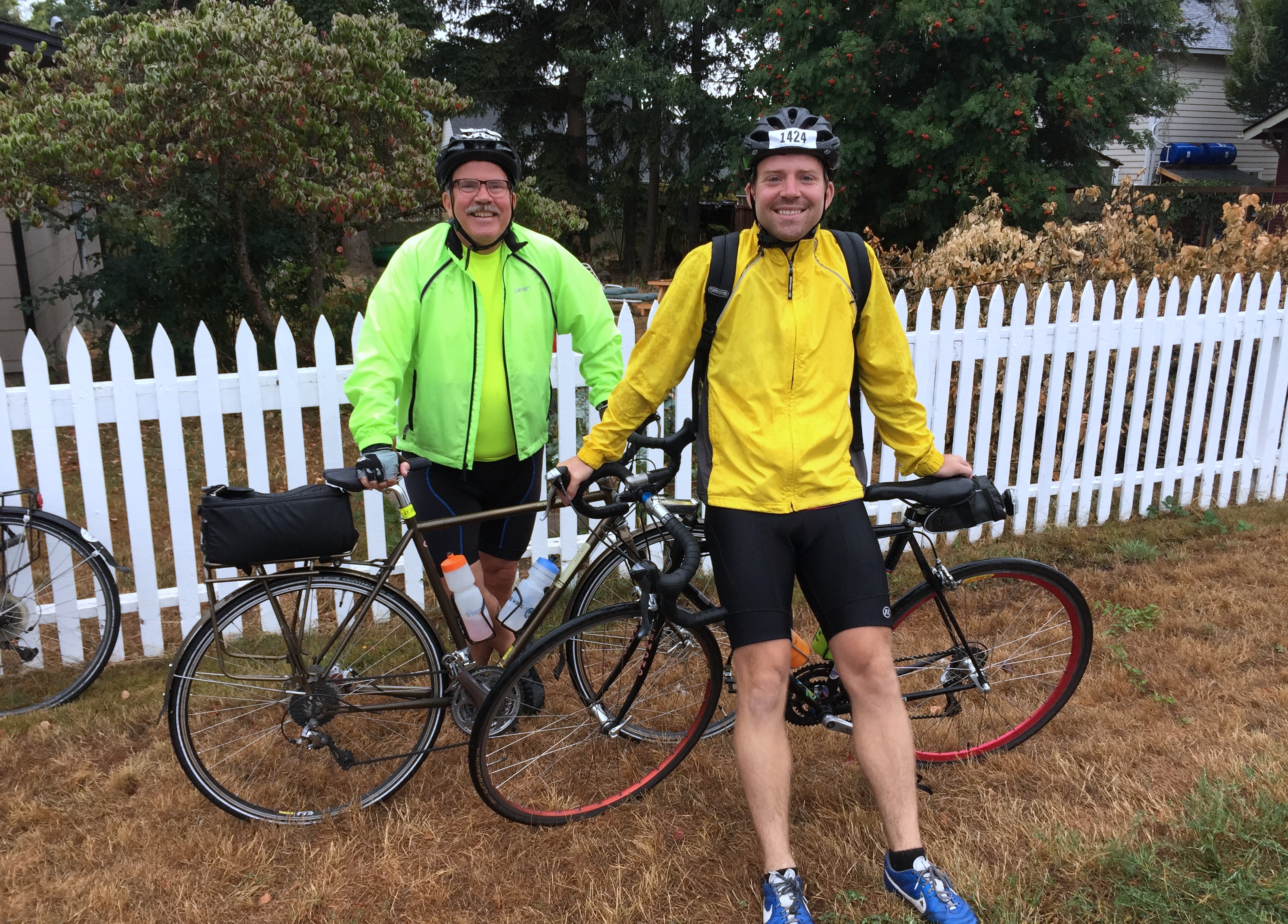 WHAT ARE YOU CURRENTLY WORKING ON OR HAVE WORKED ON RECENTLY TO MAKE BICYCLING BETTER?
Most recently I organized a meeting with Council Member Mike O’Brien, Alta Planning + Design, Seattle Neighborhood Greenways and Seattle Department of Transportation about adopting a level of stress metric for bike facilities in Seattle, as well as a measurement of connectivity for the bike network. Oregon is now requiring bike infrastructure to require that measurement. In addition to that, I serve on the Move Seattle Oversight committee and advocate for better measurements for walking and biking.

WHAT SKILLS DID YOU LEARN IN ALI THAT YOU ARE USING?
There were a lot of skills I took away from ALI. Learning how to tell your story about why this work is important to you is a vital skill.

Always having an ask in mind when you go into meetings with elected officials. Know what you are you trying to accomplish. It might mean that you facilitate a meeting with the right people to present the best message. It doesn’t always have to be yourself; sometimes it is about getting the right people in the room. Who is the best entity to connect with to get the change you want—it might be SDOT, your councilmember or planner with engineering expertise.

Plus, the networking with ALI is also really helpful.

WHAT ADVICE WOULD YOU GIVE SOMEONE WHO WANTS TO MAKE A DIFFERENCE IN THEIR COMMUNITY?
Align yourself with different organizations, network and understand the groups that are advocating for things you are interested.

Advocate for things in your immediate neighborhood, but also look at the citywide and regional level, too. We need to build a broader coalition to build public support for safe biking and walking.

Communicate with your elected officials, and develop a relationship with their staff. It takes time, but it is worth it. Join Cascade! 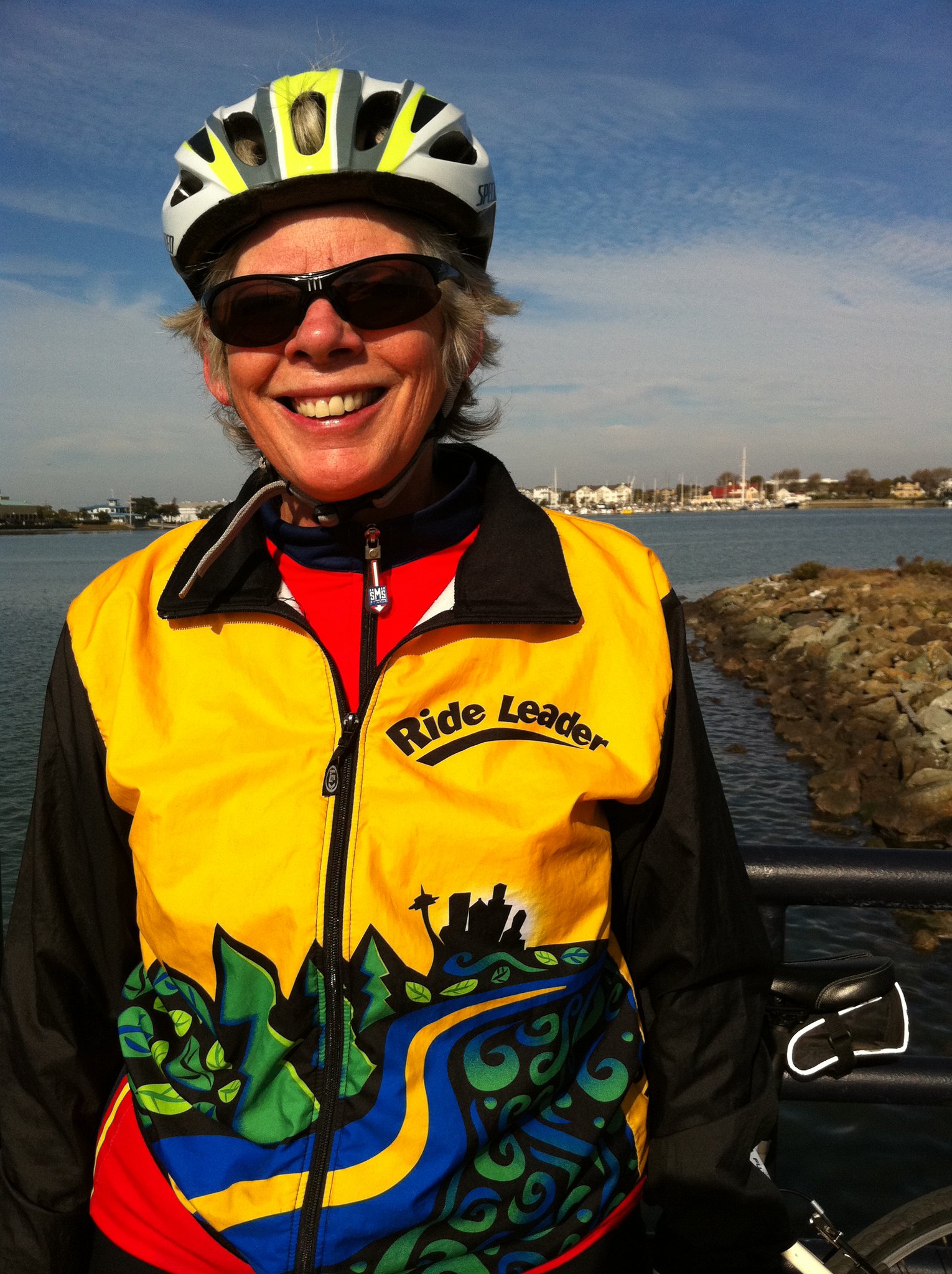 WHAT ARE YOU CURRENTLY WORKING ON OR HAVE WORKED ON RECENTLY TO MAKE BICYCLING BETTER?
Grow Avenue is the neighborhood street that runs from Winslow Way to Bainbridge Island High School at High School Road. It is approximately one mile in length. Although it is in the urban center of Winslow, there is no sidewalk or pathway on the avenue. The road is used by high school students walking to and from school, along with many neighborhood walkers, including folks who walk their dogs. There are also bicyclists coming to and from the ferry, as well as cars rushing to get to the ferry, and even some construction trucks. There are arterial streets that trucks and cars can take instead of using Grow Avenue.

As part of the Multimodal Transportation Advisory Committee, I advocated making Grow Avenue a Greenway. We met with the traffic engineer from the City of Bainbridge, and I asked him to come to a Grow Avenue community meeting in July, which he agreed to do. I set a date, wrote a leaflet, and then canvassed all of Grow Avenue. During my walk up and down the street, I talked to a number of neighbors about the meeting. Another alumni of ALI was willing to host the meeting in his home. More than 30 Grow Avenue neighbors showed up and had a chance to voice their concerns about safety and speed on the avenue. The city traffic engineer had the opportunity to hear what the neighbors were concerned about and to make some responses.

I plan to shepherd this through and then support the committee to envision what they'd really like to see as our neighborhood street.

WHAT SKILLS DID YOU LEARN IN ALI THAT YOU ARE USING?
Although I have been very enthusiastic about greenways, ALI taught me it was important to build community support for my proposal to work. It has also been helpful to hear of the success of other projects from ALI alumni.

WHAT ADVICE WOULD YOU GIVE TO SOMEONE WHO WANTS TO MAKE A DIFFERENCE IN THEIR COMMUNITY?
I believe there is the tipping point when a community is ready to make change. Sometimes it may take several years before you see results. Listening to others is an important skill. 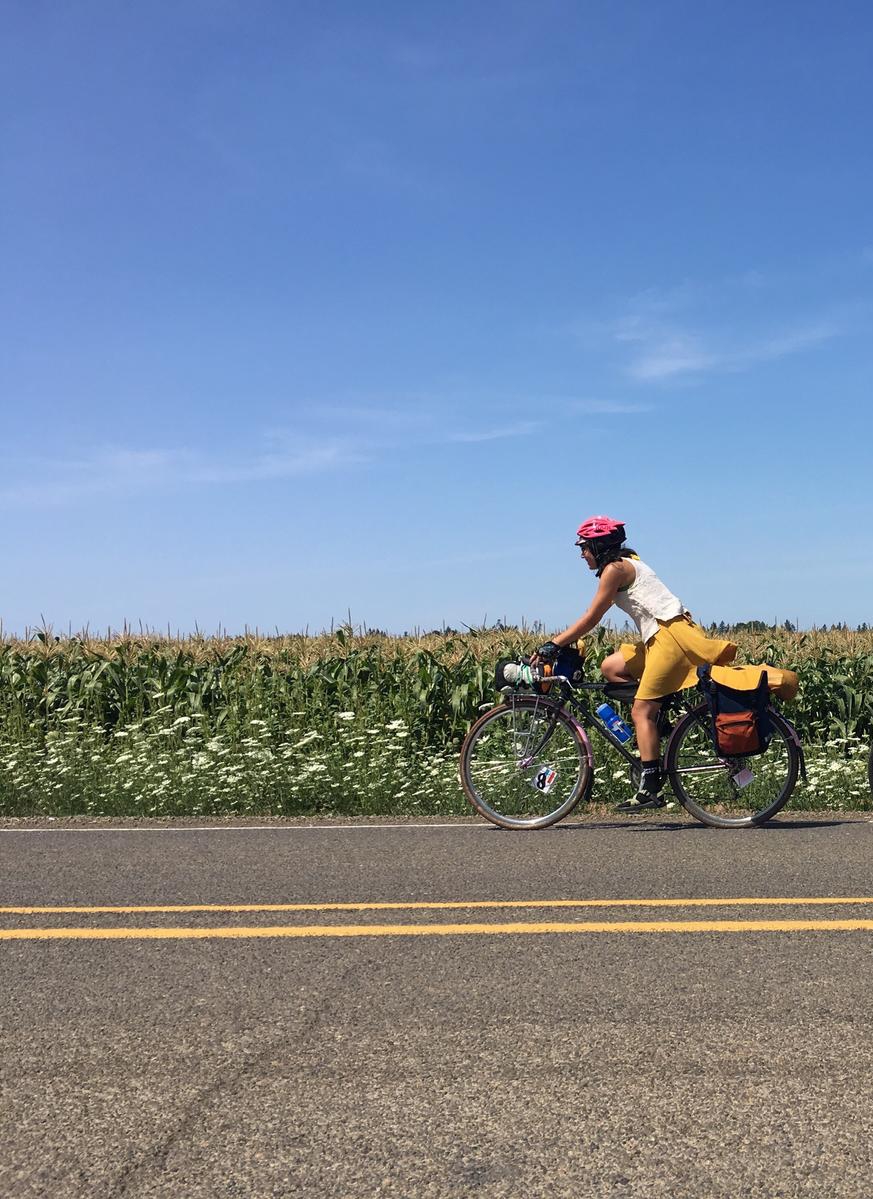 WHAT ARE YOU CURRENTLY WORKING ON OR HAVE WORKED ON RECENTLY TO MAKE BICYCLING BETTER?
As a member of the Seattle Bicycle Advisory Board (SBAB) for the past year and a half, I have provided support and feedback to SDOT for bicycle projects throughout the city. This includes providing input for some really exciting upgrades to infrastructure, such as safer bicycle navigation downtown with One Center City and better bicycle/freight interfacing along East Marginal Way. And as a newly appointed co-chair to the board, along with fellow ALI alum Casey Gifford, I intend to focus on examining how SBAB can operate in a more equitable fashion.

WHAT SKILLS DID YOU LEARN IN ALI THAT YOU ARE USING?
ALI gave me a more flushed out picture of what it takes to make bicycle-related changes in Seattle and Washington. It also provided technical skills training for how to be a successful bicycle advocate: from providing public comment to developing outreach strategies, from legislative advocacy to media engagement. But the greatest skill I picked up at ALI and continue to hone as a bicycle advocate is my ability to frame a dry, infrastructure related issue as something important and relatable, even for people who don't ride bikes.

WHAT ADVICE WOULD YOU GIVE TO SOMEONE WHO WANTS TO MAKE A DIFFERENCE IN THEIR COMMUNITY?
So often, bicycle advocates come at an issue from a place of wanting to change their route, their commute, their experience, and seek out those who share their viewpoint and frustration. This strategy begs the question: who else is this helping, besides you? It's first important to develop an understanding of who your community is. Foster partnerships and allow yourself to be vulnerable to differences in opinion while remaining curious. Arrive at an issue and begin to seek solutions only after spending time, money and energy building trust. Myopic views are limited in their efficacy, but a collective leadership is sustainable for community.

Now is the time to apply for the Fall ALI retreat!

Applications are open for our fall session. In this two-day retreat you will hear from experts on campaign planning, working with the media and meeting elected officials. You will get the chance to plug into current campaigns and connect with inspiring ALI alumni!

Applications are due by Friday, October 13 at 5 p.m. Space is limited to 20 participants. You will be notiﬁ ed if you’ve been accepted by Monday, October 16 at 5 p.m. APPLY TODAY