In May of 2016, people who bike filled the lobby of Seattle City Hall. One year later, they rallied again, reviving chants of #WeCantWait and calling for the buildout of a Basic Bike Network by 2019.

Friday, May 19, marked Seattle's biggest bicycle holiday — F5 Bike Everywhere Day. While many people toured around to Celebration Stations for coffee, treats and swag, more than one hundred riders converged on Seattle City Hall to rally for a Basic Bike Network and protected connections to neighborhoods.

Below is a recap of all the excitement. Keep the momentum going by signing this petition to build a Basic Bike Network by 2019!

The day started out with sunshine. People on bikes met up at four Celebration Stations around Seattle, including Bike Works in Columbia City: 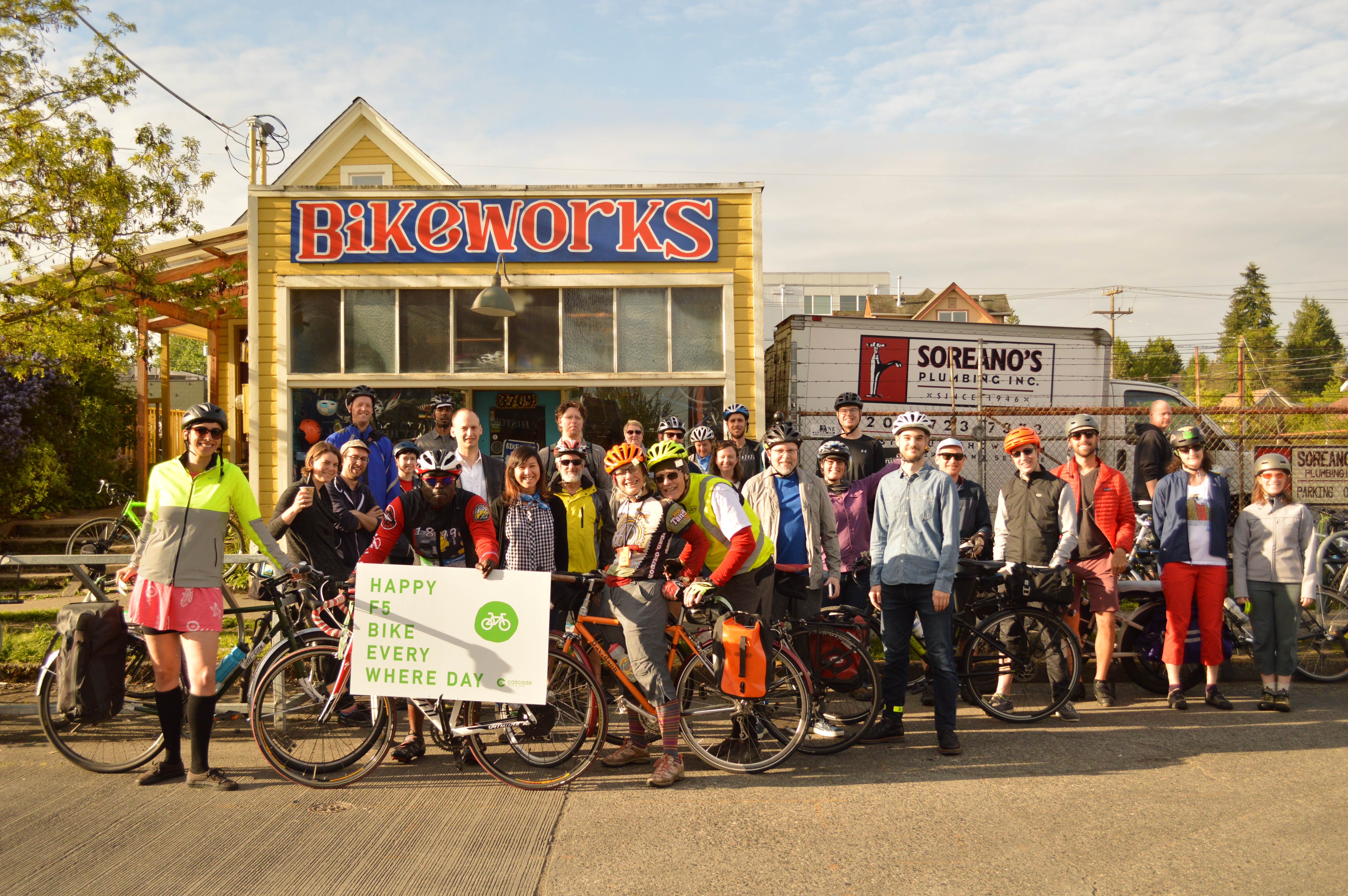 Then, riders bike trained to downtown along in-demand routes. From the north, riders took the Westlake Cycle Track; from the east, the Pike/Pine corridor; and from West Seattle, E. Marginal Way. The south group traveled partly on the planned Rainier Valley Greenway, and partly along Rainier Avenue, to ask that the City of Seattle prioritize the safety of people over the speed of cars. Seattle Department of Transportation Director Scott Kubly joined the Rainier Avenue ride so he could experience riding that corridor for himself.

Tom Fucoloro, of the Seattle Bike Blog, also joined the ride. He put it this way: "With the company of a group of more than 20 people, we had safety in numbers. But I just couldn’t stop thinking about how many more people in the south end would bike if this street had protected bike lanes." 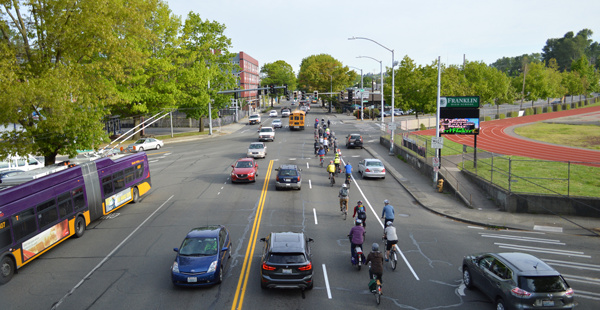 These kids all need #VisionZero in their future
That's why we all support a #BasicBikeNetwork#WeCantWait #SeaBikes@CascadeBicycle pic.twitter.com/ycZR6qZ37l

Gordon Padelford, of Seattle Neighborhood Greenways, let the crowd in a #WeCantWait chant — marking just over a year since people with their bikes filled the Seattle City Hall lobby demanding safer places to bike:

​
A huge thank you to everyone that rode out and showed up last week! The collective voices of people who bike matter — a lot. Sign here to show you demand a Basic Bike Network by 2019.

Jason Lee
Fri. Mar 26, 2021 4:18am
Hey! That's not the same info what I'm searching for, but at least something. After 4 years of working online there is not much info about any interesting top and the newest future powerful PC technologies (you can read about <a href="https://www.sopservices.net/writing-sop-for-ms-in-computer-science-your-911-handbook/">sop for computer science</a> wright here). I was on the edge of trying luck with one online service checked reviews. And now I am working at writing agency, that I couldn't even imagine. So, readers, click on this website and order your papers online.