The name evokes stories, quotes and laughter from many decades.

The godfather of northwest cycling touched countless lives through his love of bicycling.

FOR THE LOVE OF BICYCLING

Jerry fell in love with bicycling at the age of 23 when he started riding with Boeing Bicycle Club. Jerry bicycled his whole life, racing on the road and the track both locally and nationally well into the 1980s, and continuing to ride for fitness and fun as often as work and weather permitted up until his death.

“He was the only person I knew for whom sitting on a bike saddle was the most comfortable position he could be in,” said his wife, Deborah “Spot” Stephenson.

Jerry kept track of his miles starting in 1965, with a goal of cycling the distance between the earth and the moon: roughly 220,000 miles. He was only about 12,000 miles short when he passed away. Spot remembers telling Jerry, “the thing I’m worried about here… is then you’ll have to turn around and come back.” 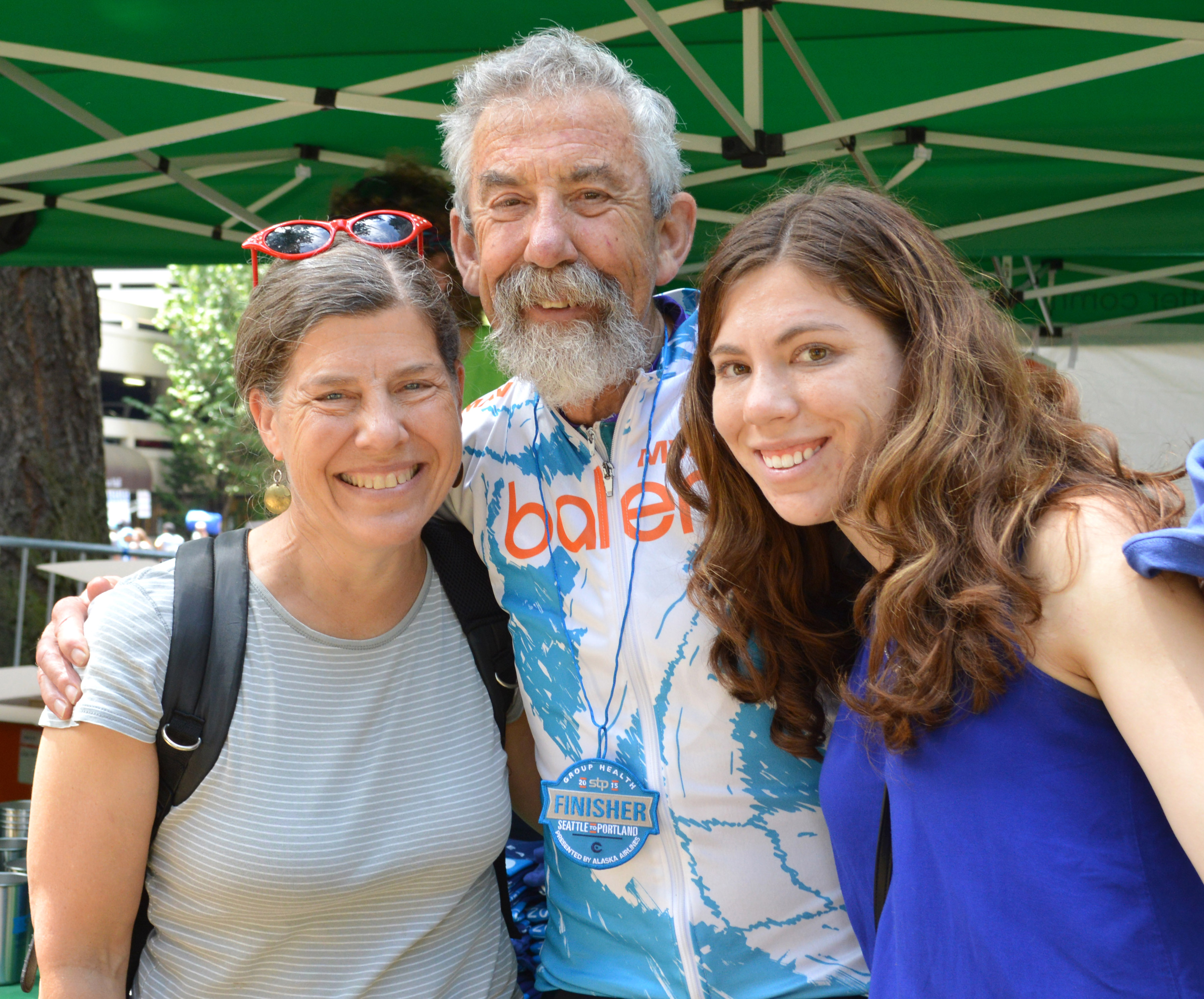 Along with a handful of friends, Jerry founded and won the first (and only) time-trial race from city hall-to-city hall Seattle to Portland in 1979. Now a common household acronym in the Northwest, the STP sells out each year. This year, Jerry finished his 36th Seattle to Portland ride. He’s the only person to have ridden every STP, and in his honor, Cascade will be retiring the number 36 bib.

One of Jerry’s greatest accomplishments was the 1975 creation of the state’s only velodrome in Marymoor Park. Jerry stayed actively involved in the Marymoor Velodrome Association for 38 years, officially as its treasurer, but all the while, touching nearly every aspect of daily operations at the track.

And throughout this time, Jerry was also present and involved in Cascade.

“When he came into the Cascade office, we didn’t get work done; he told us stories. It would just lift the office in terms of spirit and fun,” recalled Chuck Ayers, former executive director of Cascade. The staff stayed connected to the history and culture of Cascade through Jerry’s storytelling, said Chuck. They “renew[ed] the sense of why we are doing what we are doing. It’s a great loss, and many of our stories are going to be lost,” he said.

Despite his legendary status, Jerry never sought out accolades for his work. He was an omnipresent, quiet influencer and a well-respected voice.

“When Cascade rolled out the Major Taylor Project, Jerry cornered me and said, ‘I think this is the best thing since sliced bread!’ It was a huge ‘nod’ from the cycling community." 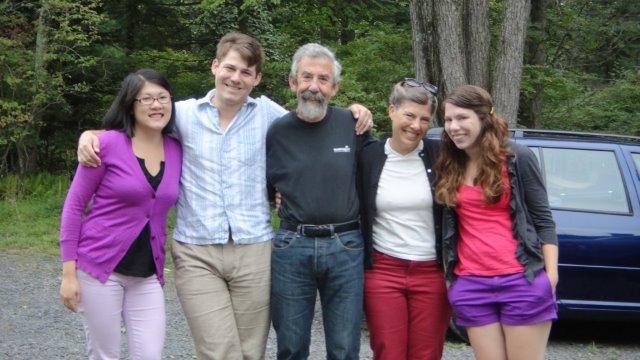 Baleno closed its doors in 1994, and Jerry became a stay-at-home dad, dedicating himself to his two children, Andy and Julia.

“He loved his kids to the moon… they are wonderful, smart, sensitive people with a great level of independence,” said Spot. “They know how to do everything, and it’s because of him.”

And Jerry had an extended family, too. From his first business customers to participants at Marymoor, Jerry made everyone feel like a part of his family.

“I know things about parenting, race promotion, thinking clearly, all because of Jerry,” said Terry Buchanan, mentee of Jerry’s and founder of MFG Cyclocross Series.

In honor of Jerry’s legacy to our community, his family has agreed to let us name the auditorium at the new Cascade Bicycling Center in his memory. The Jerry Baker Memorial Auditorium will welcome thousands of individuals each year for classes, lectures and social events. A dedication will be planned for later this year.

Please join us at a Celebration of Life for Jerry Baker.

​DONATIONS IN MEMORY OF JERRY

Jerry’s family requests that in lieu of flowers, donations in memory of Jerry be made to the Baker Memorial Fund benefitting the Major Taylor Project. Give here online or mail a check to:

Riding in the Rain and Living Car-Free