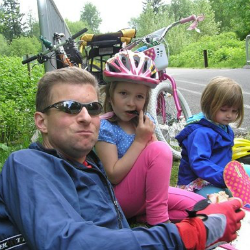 We all know our streets need to be safer.

Seattle is committed to Vision Zero—eliminating all traffic fatalities and serious injuries by 2030 through safer street design and engineering. The city will need to move quickly to make sure streets like NE 65th Street and its intersections are safe for all.

Cascade and others have long called for improving the safety of NE 65th Street. During the update of the Bicycle Master Plan (BMP), Cascade called for a direct protected bike lane on NE 65th Street, connecting Green Lake Park to Magnuson Park. 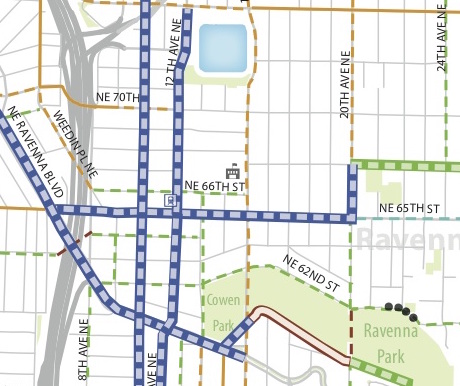 Unfortunately during the BMP update, current council candidate Tony Provine got the Ravenna-Bryant Community Council and the Northeast District Council to oppose the protected bike lane on the NE 65th Street.  Provine wrote letters, lobbied and testified several times before Seattle City Council in opposition.  As a result, the the city significantly reduced the portion of NE 65th Street that is prioritized for a protected bike lane.

In contrast, Rob Johnson, who is the Executive Director of Transportation Choices Coalition and endorsed by Cascade for Seattle City Council District 4, knows the importance of making safety improvements now better than anyone. Rob ran the successful ballot measure campaign in 2008 to fund the expansion of light rail in the region. As a result, the Roosevelt neighborhood station will have a light rail station in 2021, and Rob is now focused on making sure people and bike and walk to the station. But more importantly, Rob and his family lives at 20th Avenue NE and 65th Street NE, just a few blocks from where Andy was killed. 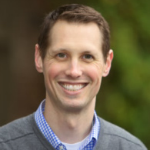 “When I walk my two daughters to school in the morning, they fight over who gets to hold my inside hand away from NE 65th Street.  They intrinsically know the street is fast and dangerous and know to stay away from it. The death of Andy Hulslander is a terrible tragedy and my heart goes out to his family. Let’s fix NE 65th Street before someone else is killed or seriously injured.”
-- Rob Johnson, candidate for Seattle City Council, District 4 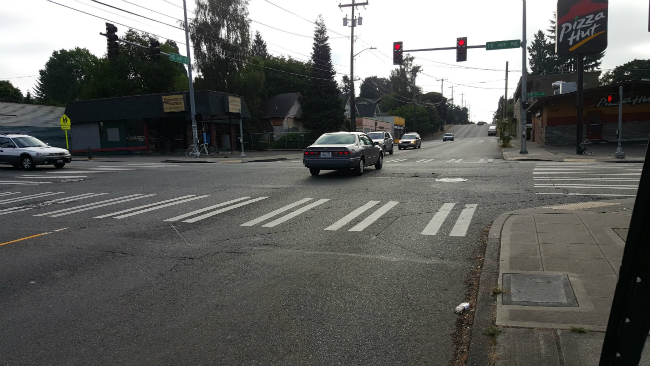 Andy was killed by a drunk driver directly from behind. But also culpable is the failure in the street design of NE 65th Street to be safe.

Intended to be only one lane in each direction, at 44 feet wide with only a center stripe, NE 65th Street at 15th Avenue is effectively a fast, four-lane street. Because the street narrows with additional on-street parking just one block to the east, the street design also forces quick merging by cars back into a single lane.

The current street design of NE 65th Street is both dangerous and discourages people from biking. With the death of Andy Hulslander, it is time to fix it.

Cascade Bicycle Club urges the Seattle Department of Transportation to make immediate safety improvements within the next month, followed by full implementation of the BMP-prioritized protected bike lane on NE 65th Street from Ravenna Boulevard to 20th Avenue NE.

By the end of August, make NE 65th Street safe

Near-term improvements can be made immediately that make NE 65th Street safer, preserves car parking in the Roosevelt Business District, and improves traffic throughput with a new center turn lane.

Cascade has outlined its near-term safety improvement recommendations in a document, available here (pdf).  Our recommendation addresses the street design of NE 65th Street in four segments, the highest priority being from 20th Avenue NE to Brooklyn Avenue NE.

In the stretch from 20th Avenue NE to Brooklyn Avenue NE, the street is currently marked with only a center stripe. As a result, people drive too fast and use the extra space to pass on the right of slower cars. On-street parking use is underutilized and during peak hours not allowed.

For this high priority segment, Cascade recommends improving NE 65th Street by installing a center turn lane and buffered bike lanes on each side of the street.

You can read the rest of Cascade’s recommendations for near-term safety improvements to be implemented by the end of August here (pdf).

SDOT can make these near-term improvements as part of two nearby transportation projects, currently planned to be completed later this year: (1) the street repaving and rechannelization of Roosevelt Way NE, and (2) the conversion of the buffered bike lanes on NE Ravenna Boulevard to a protected bike lane.

By the end of 2016, Build the protected bike lanes on NE 65th Street

As soon as possible, we must next build the protected bike lane on NE 65th Street from Ravenna Boulevard NE to 20th Avenue NE, as prioritized in Seattle Bicycle Master Plan.

Ravenna Boulevard NE is one of the few places where you can cross under Interstate 5 and it is one of the most direct east-west routes in this part of the city.

Protected bike lanes clarify positioning of road users on the street, make streets safer for people walking and bicycling, and are good for business. Most importantly, with physical separation we can decrease the likelihood of collisions.

For the sake of all our loved ones now and in the future, let’s make 65th Avenue NE safe for all people now.

Map of the neighborhoods around NE 65th Street, providing context of the recent traffic fatalities, schools, and transportation projects. 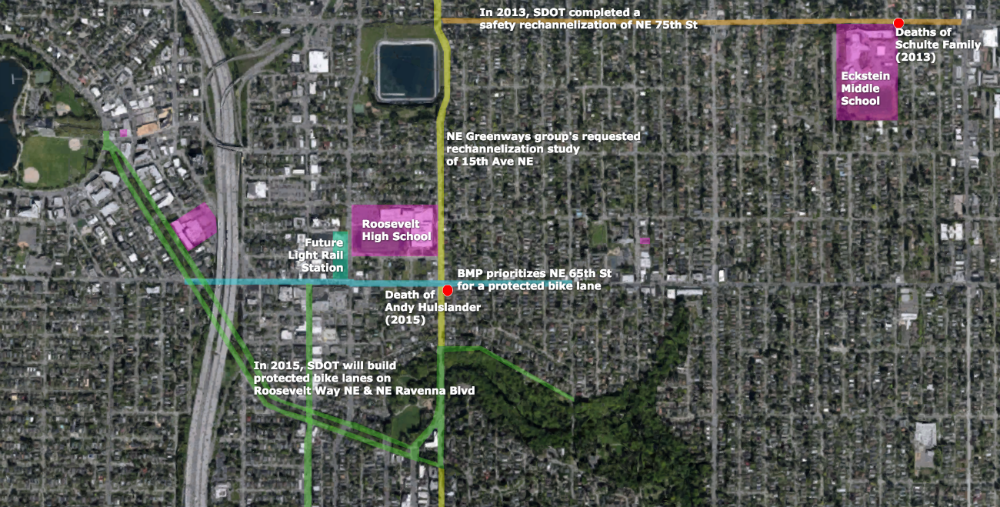