Cascade endorses Burgess, Gonzalez and Braddock for Seattle City Council; five other leaders across the region

In their latest round of endorsements, Cascade has endorsed three candidates for Seattle City Council and five others across the region. 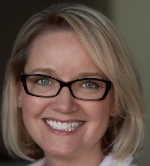 Shannon Braddock is a mother of three kids in Seattle Public Schools and has been chief of staff to King County Councilmember Joe McDermott for more than four years. With transportation as a top priority, Shannon is supports reducing traffic fatalities in Seattle by reducing speed limits, building out key bike projects and expanding Pronto Cycle Share to West Seattle. 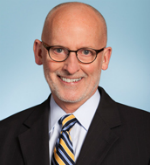 As a Seattle city councilmember and council president, funding for implementing the bicycle master plan and bike projects across the city has risen to the highest levels ever. We look forward to Tim’s continued leadership on bicycle issues as Seattle considers the Move Seattle Levy and building out the city’s planned network of protected bike lanes, neighborhood greenways and trails ahead of schedule. 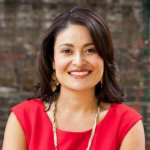 Lorena Gonzalez is a civil rights attorney who grew up working Yakima Valley farms with her parents. In defending others against discrimination and in her first hand accounts of traffic violence, Lorena will be a strong advocate for safer streets.

John Chelminiak has been a consistent ally of Cascade and champion for safer streets, access to transit and building out the Eastside Trail Corridor.

Jennifer Robertson has supported better access to transit and building out the Eastside Trail Corridor.

Justin Leighton is one of Tacoma’s strongest advocates for walking, biking and transit During his day job, he’s a public relations officer for Pierce Transit. In his free time, he has adopted a neighborhood traffic circle to calm his street. Justin will be a tremendous advocate for safer streets in Tacoma.

Ryan Mello is currently the strongest champion for biking, walking and transit on the Tacoma City Council. He’s helped sheppard resources toward bike and transit projects in Tacoma and will continue to champion the full funding of the city’s Mobility Master Plan.