Good things are happening in South Park–improvements to the West Duwamish Trail!

People walking or biking through the industrial neighborhood in South Park will appreciate a new separated, paved space and smoother connections to waterway parks, town center and the Green River and Interurban Trails.

Equally important improvements include design considerations that allow truck drivers to see people on the trail. Tighter corners to slow down turning trucks andcreate a safer environment by allowing more time for both parties to react. New paving makes for a smooth ride, sans the dangerous potholes in the previously unpaved street surface. And a new stormwater drainage system ensures that standing water no longer deteriorates the roadway. Signage directs trail-goers, quashing the need to cue up the maps app on the phone.

First identified in the 2008 Parks and Green Spaces Levy as connection to the waterfront, the West Duwamish Trail project was later modified by Seattle Department of Transportation (SDOT) to reroute the trail from South Holden Street to South Portland Street as a way to address safety concerns along a busy industrial corridor. It also provided an opportunity to improve and manage stormwater in South Park, an important priority of Seattle Public Utilities (SPU) in partnership with SDOT’s creation of a paved street in a busy industrial area.

Please join in a ribbon cutting event to celebrate the completion of the West Duwamish Trail and thank the surrounding community for their patience during construction. You’ll hear from SDOT Director Scott Kubly, Councilmember Tom Rasmussen and other agency and community representatives. Have a snack and join us on a short bike ride to tour the newest addition to the South Park Community. 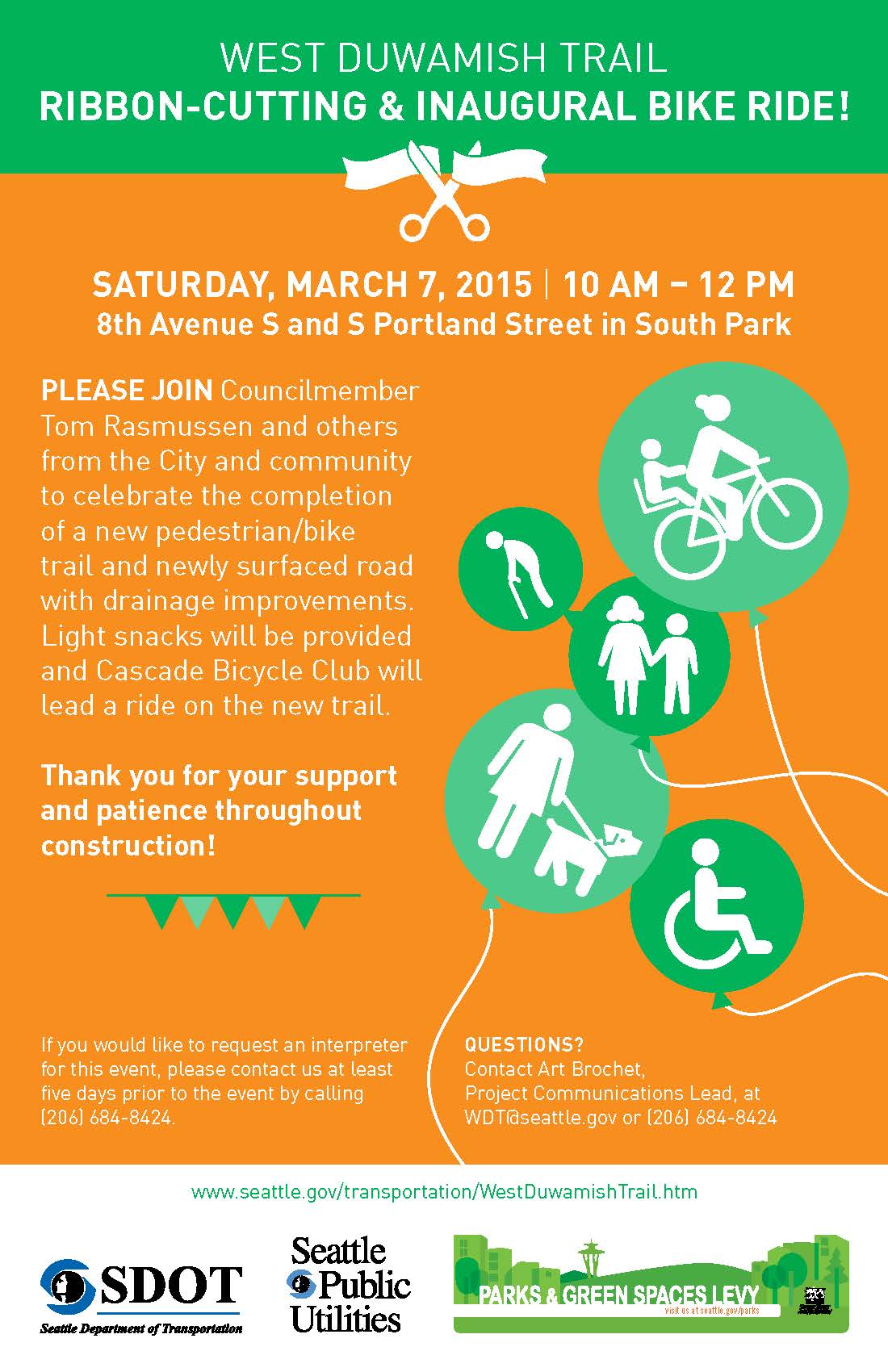