Justice for Caleb Editor’s note: On March 18, 2014, 19-year-old Caleb Shoop was struck by a pickup truck while biking across a Kenmore crosswalk. Caleb died in the hospital a few days later.

Caleb’s collision was one of three crosswalk incidents that occurred in Kenmore within just six days, and when Caleb’s parents went to seek justice, they did not get it. The driver was fined a mere $175 for failure to stop at a crosswalk. Now, Caleb’s parents are stepping up trying to improve road safety in their community, and seeking justice for their son.

It is hard to describe my son Caleb in just a few words. In high school he was an active member of the marching band, track and field and water polo teams, and in his spare time also enjoyed volunteering. He was a magnificent human being with a heart of gold, who loved life and thrived on helping others. A few words cannot convey how proud we were of him, how much he enriched the lives of others around him, or how lost we are without him. Oh how we miss you, son. 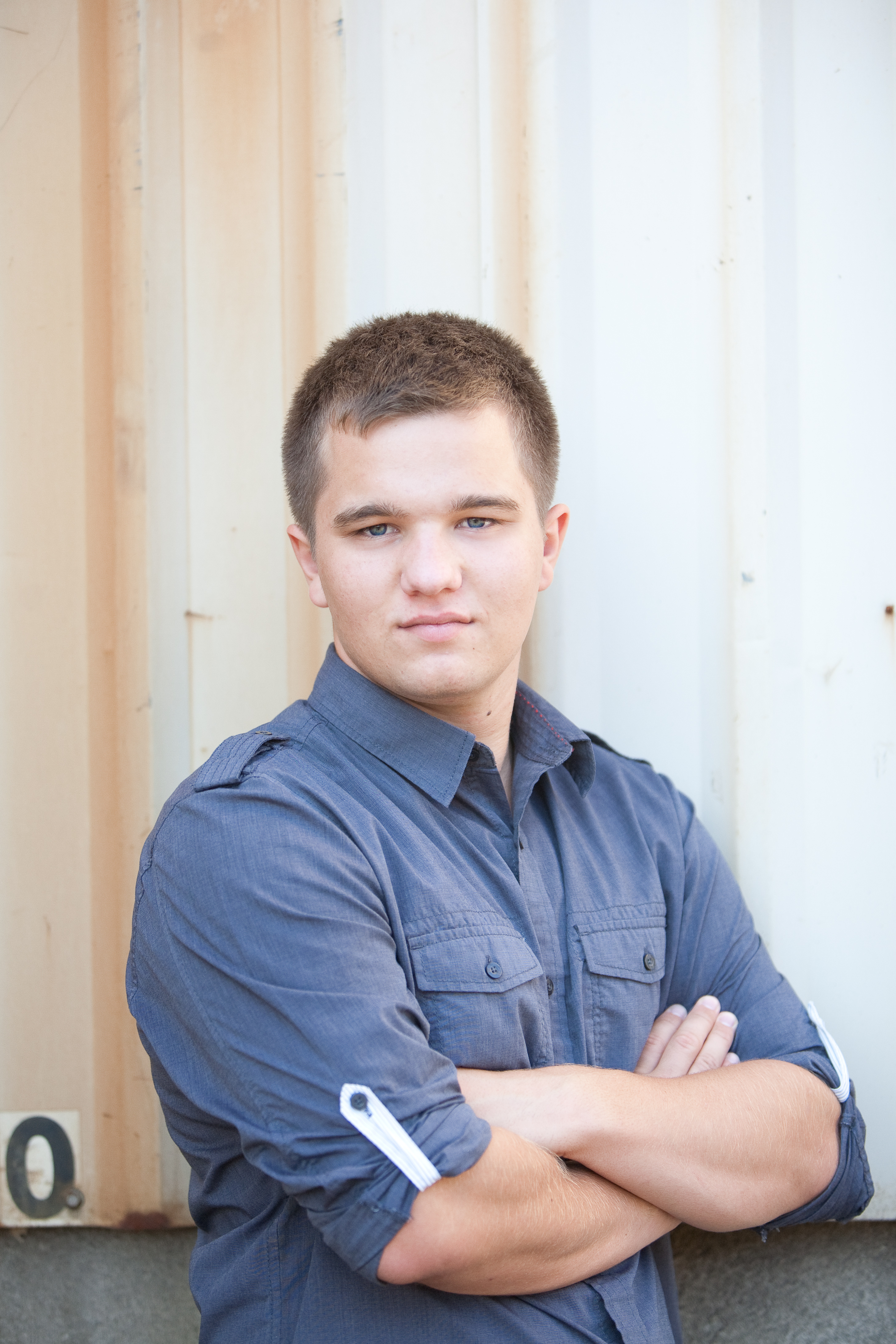 My son Caleb was only 19 years old when he was struck by a truck on a crosswalk in Kenmore on March 18, 2014. According to the detective, he “did everything right”, stopped at the crosswalk, waited for cars in multiple lanes to come to a stop, but was hit by a car in the last lane who failed to stop. He sustained several fatal injuries, but lived another three days before he passed away. I spent those days in the hospital listening to his heartbeat as he lay in a coma, knowing this was the only sound I would ever hear from him again. Every fiber of my being prayed and hoped those beautiful eyes would just open and look at me, but we had been told there was no more hope. His girlfriend Bryn and my husband and I held his hand those final moments, as he took his last breaths, willing for his chest to rise again even as we watched the color leach from his face.

In the days and weeks to come, we drowned in our grief as we came to realize that we would never hold him again, hear his laughter, attend his wedding, hold his children. I still catch myself at night waiting for him to come home. Our grief is debilitating physically and emotionally and accompanied by a gnawing fear of how to survive his death. There is no refuge from this loss, no taking a break, no place we can go where we are not overwhelmed with the rubble that is left of our lives.

I would love to have been able to say that in the aftermath of this tragedy, grief was our only chore. Instead, we found ourselves galvanized into action with the rest of our community to improve safety in our city; wondered how we would pay the medical bills not covered by the driver’s minimal insurance policy; struggled to go back to work and care for our traumatized children; and waited to find out the outcome of his legal case. Months passed, and finally the verdict was out, the driver was fined only $175 dollars for failure to stop at a crosswalk. Case closed.

We were heartbroken. We have never meant the driver any harm, but feel our son’s death warrants a just outcome.  We reached out to the community for answers as to why the Vulnerable User Law had not been used in his case. His case was reviewed by lawyers who stated it met the statute. We met with the city of Kenmore who decided that since the driver did not see Caleb on the crosswalk (because his view was blocked by the other cars stopped at the crosswalk for Caleb) it did not constitute negligence. There will never be justice for Caleb.

Caleb’s death warrants a just outcome but his family, friends and community are not going to get it.

The second tragedy is Cascade Bicycle Club, Washington Bikes, Feet First and other advocates successfully passed the Vulnerable User Law in 2011 to address this exact problem.

The Vulnerable User Law provides prosecutors with a legal tool to hold drivers accountable for negligently causing a great bodily harm, substantial bodily harm, or death of a pedestrian, bicyclist, motorcyclist or other vulnerable road user. Drivers who are successfully prosecuted can be penalized with a fine up to $5,000, license suspension, driver education and community service.

On his fateful night, Caleb Shoop was crossing a four-lane road while riding his bike in a marked crosswalk. Cars in the first three lanes came to a complete stop for him. But in the final lane, despite the other stopped cars, the driver failed to stop and struck Caleb.

Under state law, drivers must stop for pedestrians, including bicyclists, crossing any marked or unmarked crosswalk at an intersection. In addition, when other cars are stopped at an intersection, other drivers cannot overtake and pass the stopped vehicles.

Negligence, the legal standard for the Vulnerable User Law to apply, essentially means doing something different than what a reasonably careful person would do under similar circumstances. The factual circumstances of failing to look and stop for a pedestrian at an intersection should satisfy this legal standard.

But the driver that struck Caleb also violated two relevant state laws. Failure to comply with actual state law should be more than enough by itself to constitute negligence.

John Duggan, a personal injury attorney for bicyclists and pedestrians, agrees. After laying out the legal application of the Vulnerable User Law in a memo to the the city of Kenmore’s prosecutor, he finished:

“Yesterday you commented that the easy thing for you to do would be to charge [the driver] Mr. Tucker with violating the VUL, but that you cannot. This situation cries out for the use of VUL. It is not only the easy thing to do, it is the right thing to do. This horrible tragedy is exactly the situation envisioned when our legislature passed the VUL. The city of Kenmore has a duty to its citizens and to Caleb and his family to charge Mr. Tucker with a violation of the VUL." .

Unfortunately, we will not be able to change the decision of Kenmore’s prosecutor not to prosecute the driver.

That’s why Cascade is working with Washington Bikes, John Duggan, State Senator Adam Kline and others to educate city and county prosecuting attorneys and police officers about the Vulnerable User Law and when and how to apply it.

Proper administration of the Vulnerable User Law also requires coordination between police and prosecutors. To make this a high priority for both, we will also need local elected officials to make the law a priority for their communities. So we will be working to educate city and county councilmembers across the region about this issue.

Both Seattle and Kenmore have adopted a goal of achieving zero pedestrian and bicyclist deaths or serious injuries as the result of a vehicle collision. Not one death is acceptable, and not one death should go without a just outcome. With proper enforcement of the Vulnerable User Law, we can get a little closer to those goals.