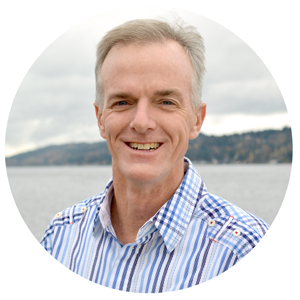 A long-time Cascade employee, Douglas has served the club for over 16 years as event producer, and brings an illustrious background in cycling –both competitive and recreational – to his new position.

In the bike racing community, Douglas is known for producing high-profile bike races like the Microsoft Gran Prix and Olympic Trails Road Race as well as local classics like the Seward Park Criterium series and Mason Lake Road Race. He also served as the president of the Washington State Bicycling Association for 10 years.

As Cascade’s event producer, he has grown the annual Chilly Hilly and Seattle to Portland Bicycle Classic rides into the highly-successful bucket list events they are today.

“Our Recreational Riding Team is a tightly knit and successful team that serves as a strong backbone of the club,” said Elizabeth Kiker, Executive Director. “We couldn’t imagine anyone more qualified and respected to lead them. We are so excited to move Dave Douglas up into this senior leadership role.”

Douglas said it’s his goal to continue to put on world-class events and to get more people riding bikes.

“My overarching goal as Recreational Riding Director is to look at more ways to get people riding through daily rides, through events and, ultimately, through making cycling more mainstream culturally," said Douglas. "I’d like to see cycling play a bigger part in people’s lives –not just recreationally or as a sport but as a way to get to work or to the supermarket.”

A little known fact about Douglas – who so many people know as “the man behind STP” – is that he himself got into cycling through training for the STP when he was a college student.

“I bought a bike for my 21st birthday, and with a bunch of guys in my fraternity, started training for the Seattle to Portland Classic,” recalled Douglas. “We did it in one day (because it was only a one-day event back then), got hooked and started racing.” Douglas continued to ride and race bikes for 25 years.

“I can't think of a better, more knowledgeable person for the job,” said Jerry Baker, a Cascade founding member and the only person to have ridden all 35 Seattle to Portland events.