The bike share program will continue as "Pronto! Emerald City Cycle Share" with Alaska Airlines as its major founder.

In an announcement made by Pronto! Emerald City Cycle Share executive director Holly Houser, Alaska Airlines CEO Brad Tilden and Seattle Mayor Ed Murray, the program unveiled the green-and-blue Seattle-themed bicycle which will be available throughout Seattle this fall.

“For several years, dedicated bike share supporters have been pulling together the pieces of this program, including funding, local partnerships, hardware and the technology,” said House in a statement. “The presenting sponsorship by Alaska Airlines and passionate support from Mayor Murray put bike share across the finish line and guaranteed that we will put 500 bikes on the street in September 2014.” 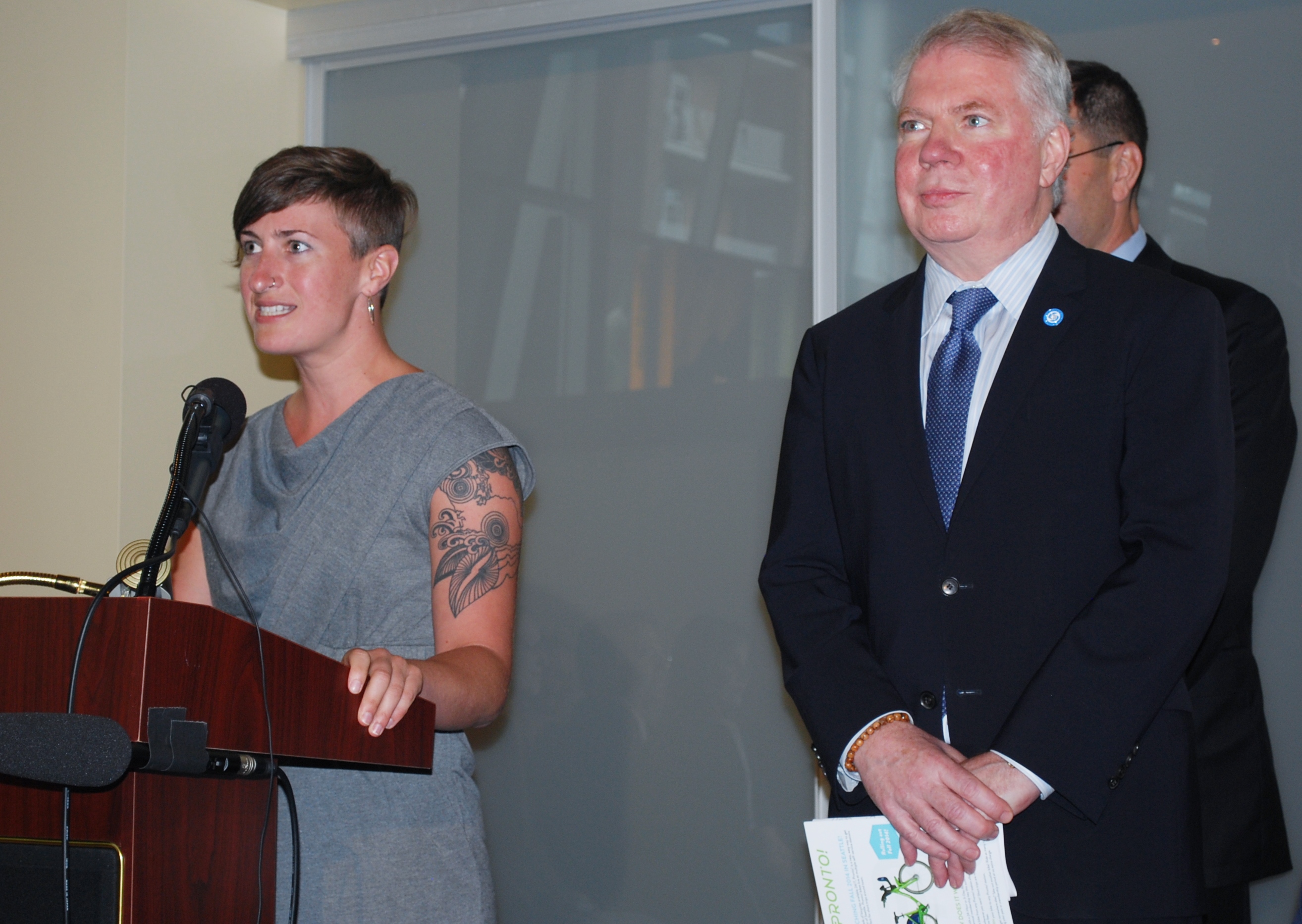 Annual and short term daily and 72 hour memberships for Pronto! Emerald City Cycle Share will go on sale in Aug. 25 at ProntoCycleShare.com.

"Alaska Airlines is proud to help people get out of their cars and enjoy what our great city has to offer in a more personal and healthy way," Tilden said. "Pronto bicycles will give folks who live here and those who are visiting from somewhere else wheels when they want them."

“Bike Share simply wouldn’t be possible in our City without the organizational and financial support of nearly a dozen community partners. I’m pleased that we were able to work with Alaska Airlines to make this partnership a reality,” said Murray. “Alaska Airlines’ commitment to this program shows in their investment and represents the kind of company that makes our community remarkable.” 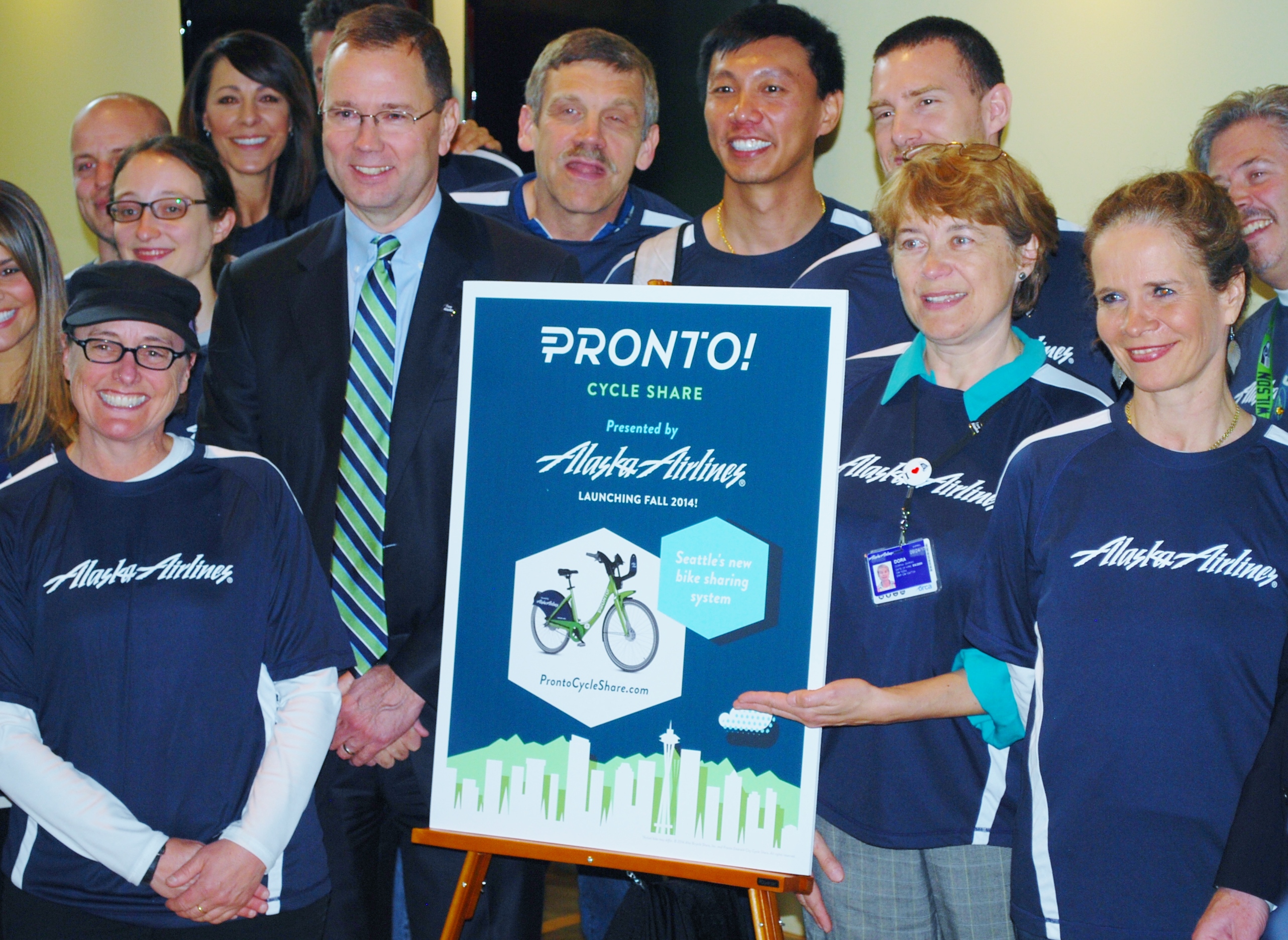