The Cascade Bicycle Club is proud to welcome a new cohort of community leaders to its third Advocacy Leadership Institute. The 10 week course is designed to provide tools for citizens to effectively organize successful campaigns for local and citywide projects that help create a better community through bicycling. The participants come from a wide variety of backgrounds and interests and all share in the desire to make Seattle a wonderful place to live.

We asked the spring ALI class a few questions in order to get to know them better: 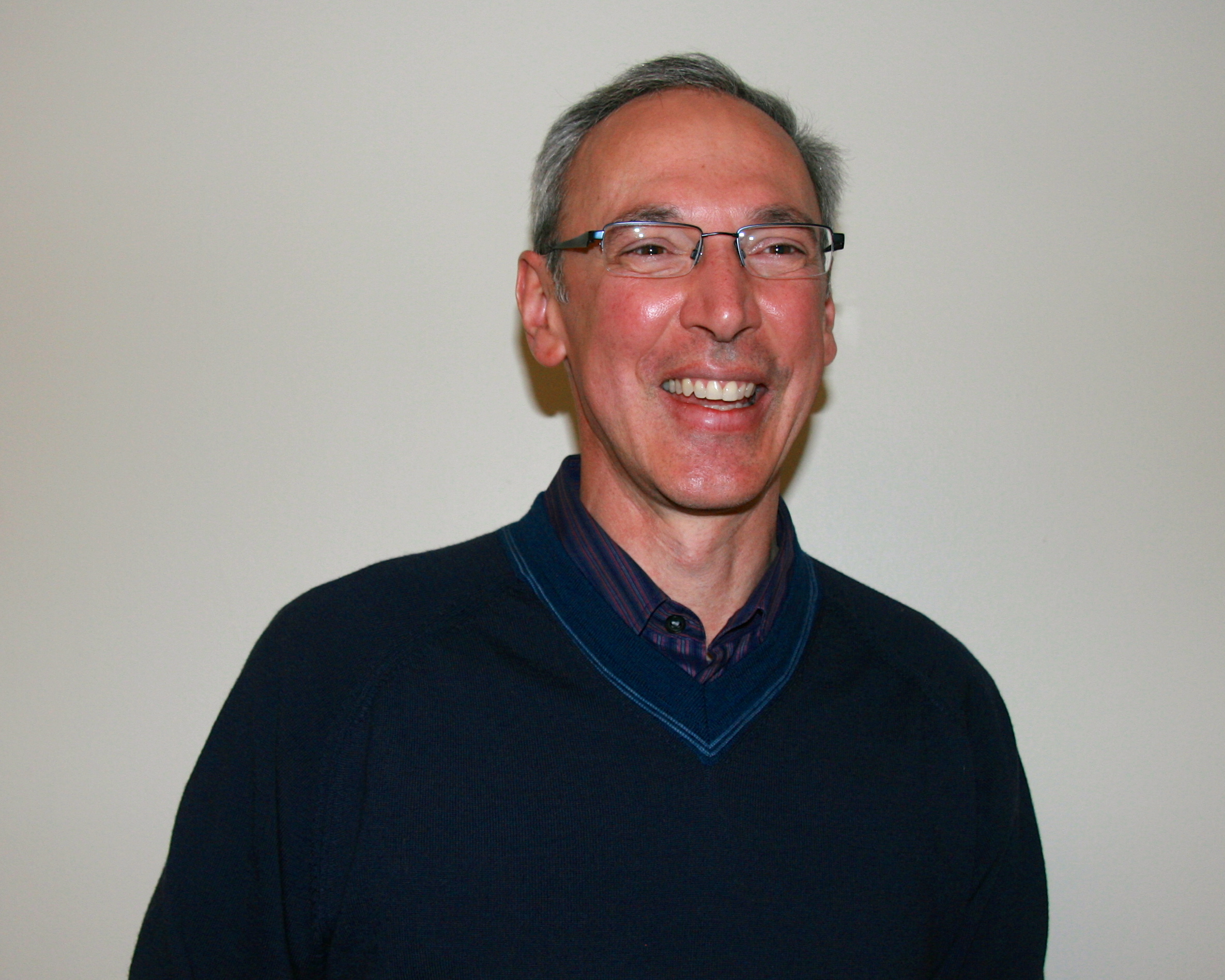 Demi has worked as a business lawyer in the biotech industry in Seattle for the past 13 years and recently received an MBA in sustainable business from Bainbridge Graduate Institute. Demi joined ALI to learn campaign strategies and develop relationships with other people working to improve our communities through bicycling and walking. He believes cities where people can walk and bike safely and easily are much better for people – if every city looked like Copenhagen, we’d all be much happier. 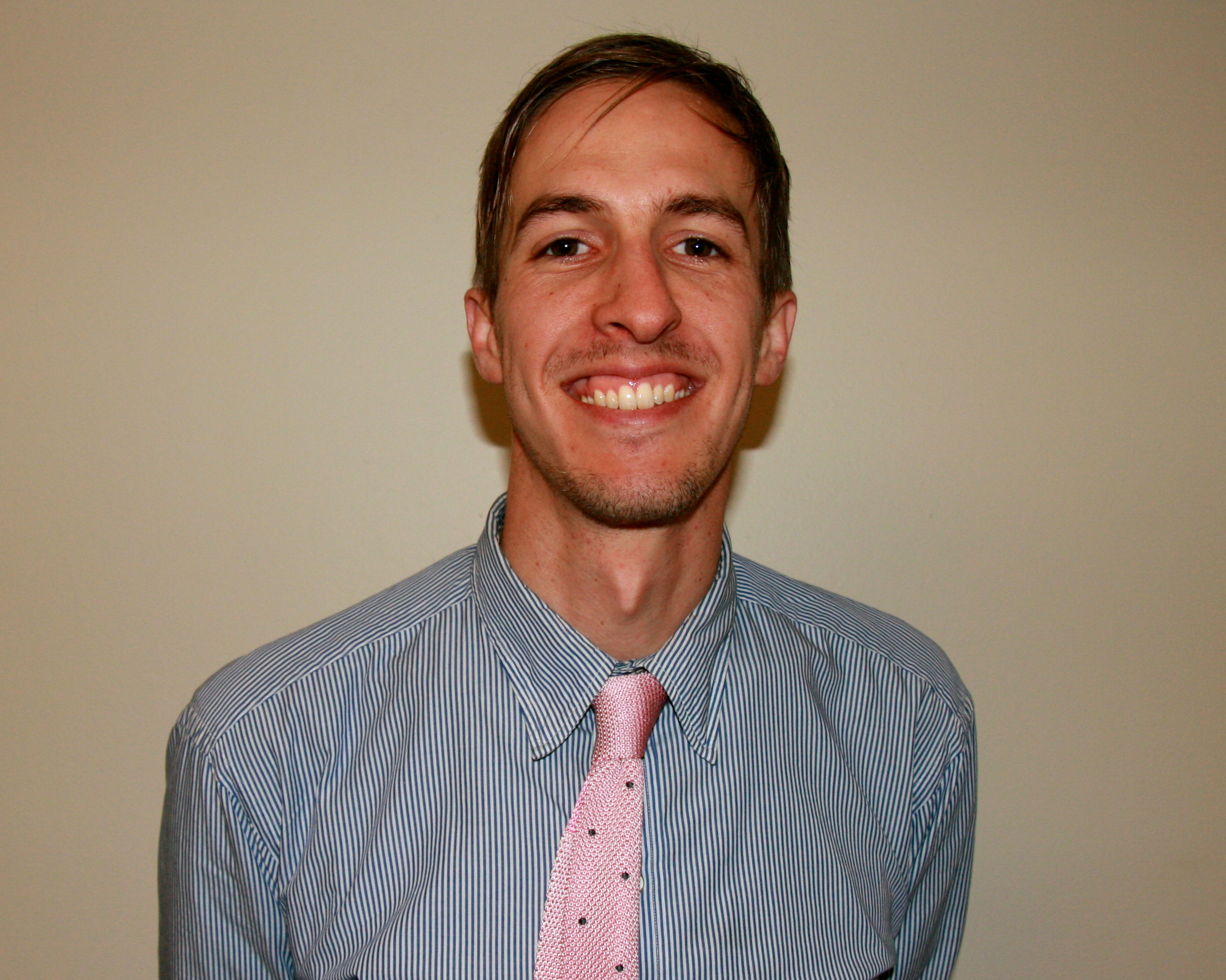 Mike loves getting other people into biking! He wants to see experiences like that become the norm and hopes that by joining ALI, he will be able to make biking accessible to all. 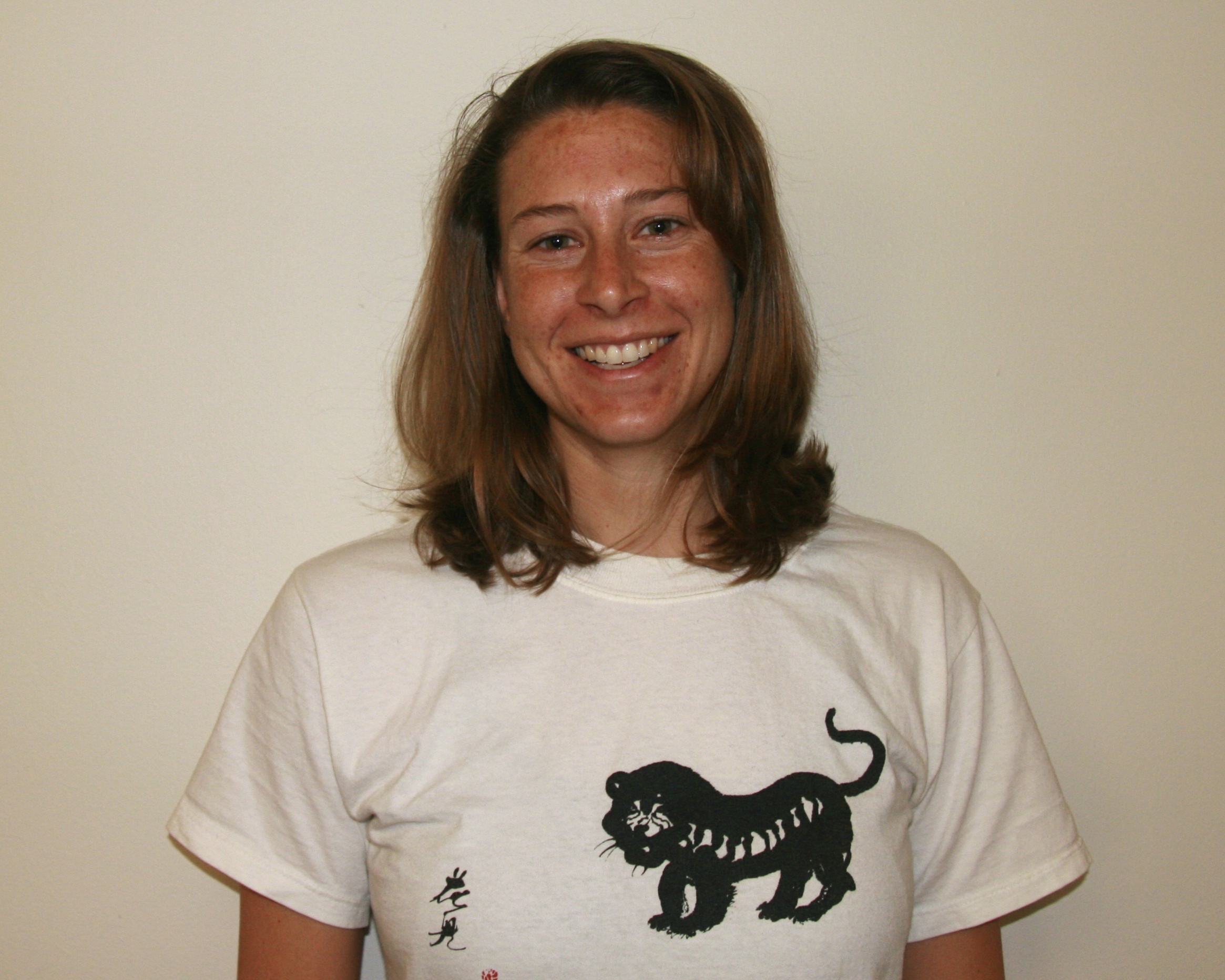 Lynn -- just call her Captain Asbeck -- has been sailing the world’s oceans for the last five years. Outdoor activities are literally what float her boat -- backcountry skiing, biking, rock climbing, hiking and traveling. Lynn completed both STP and the RSVP in 2013 as well as biking across Washington state in four days. She joined ALI to share her passion for biking with everyone around her. 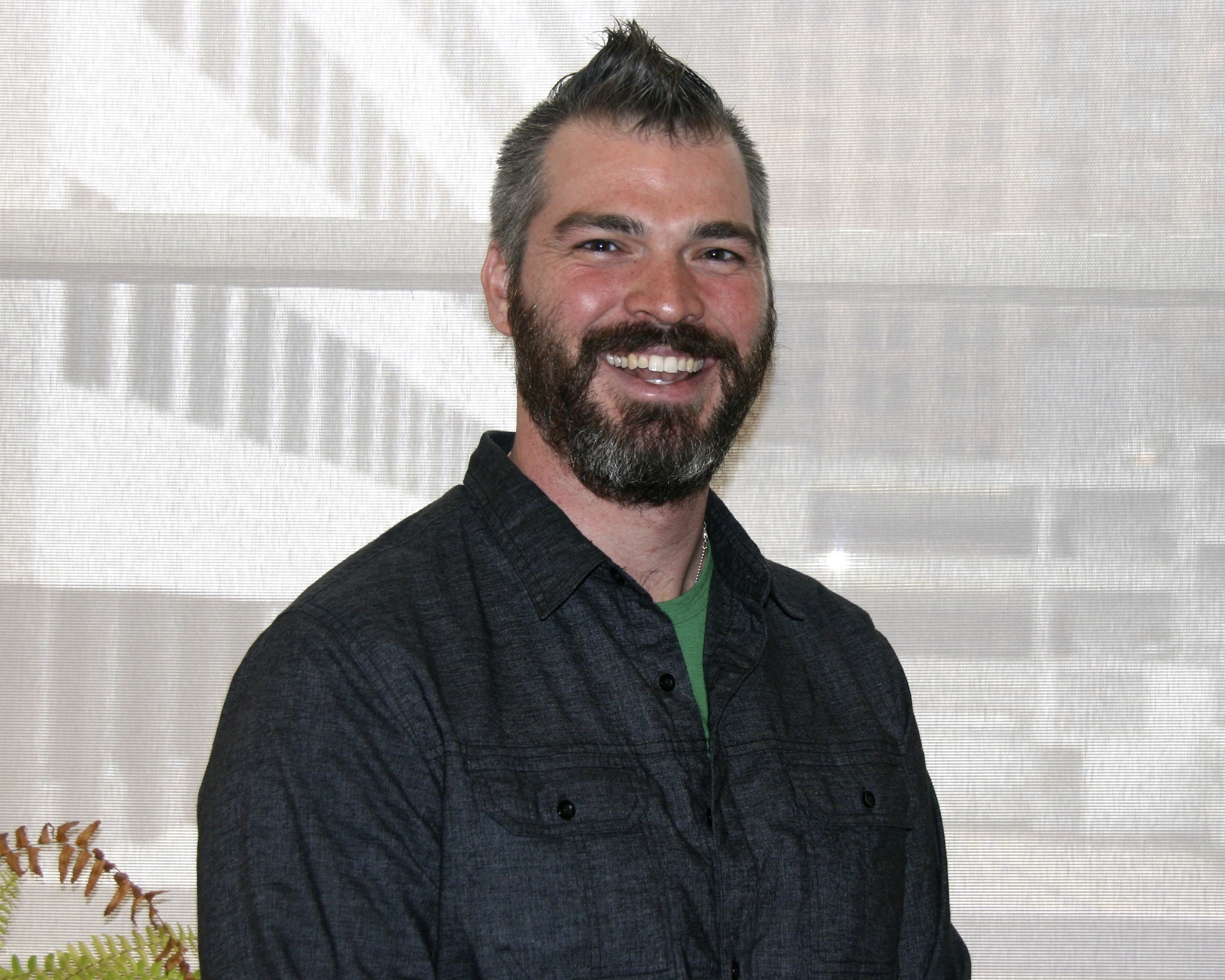 Most importantly, Dan has a tuxedo-wearing dog named Vegas. Dan is a Coast Guardsman. His beard is a recent addition; the Coast Guard doesn’t allow him to grow one, so he’s sneaking it in while they send him to school. Unfortunately it’s going to come off in the summer of 2015. Dan wanted to do ALI to meet people who share my passion for making our public space function better. 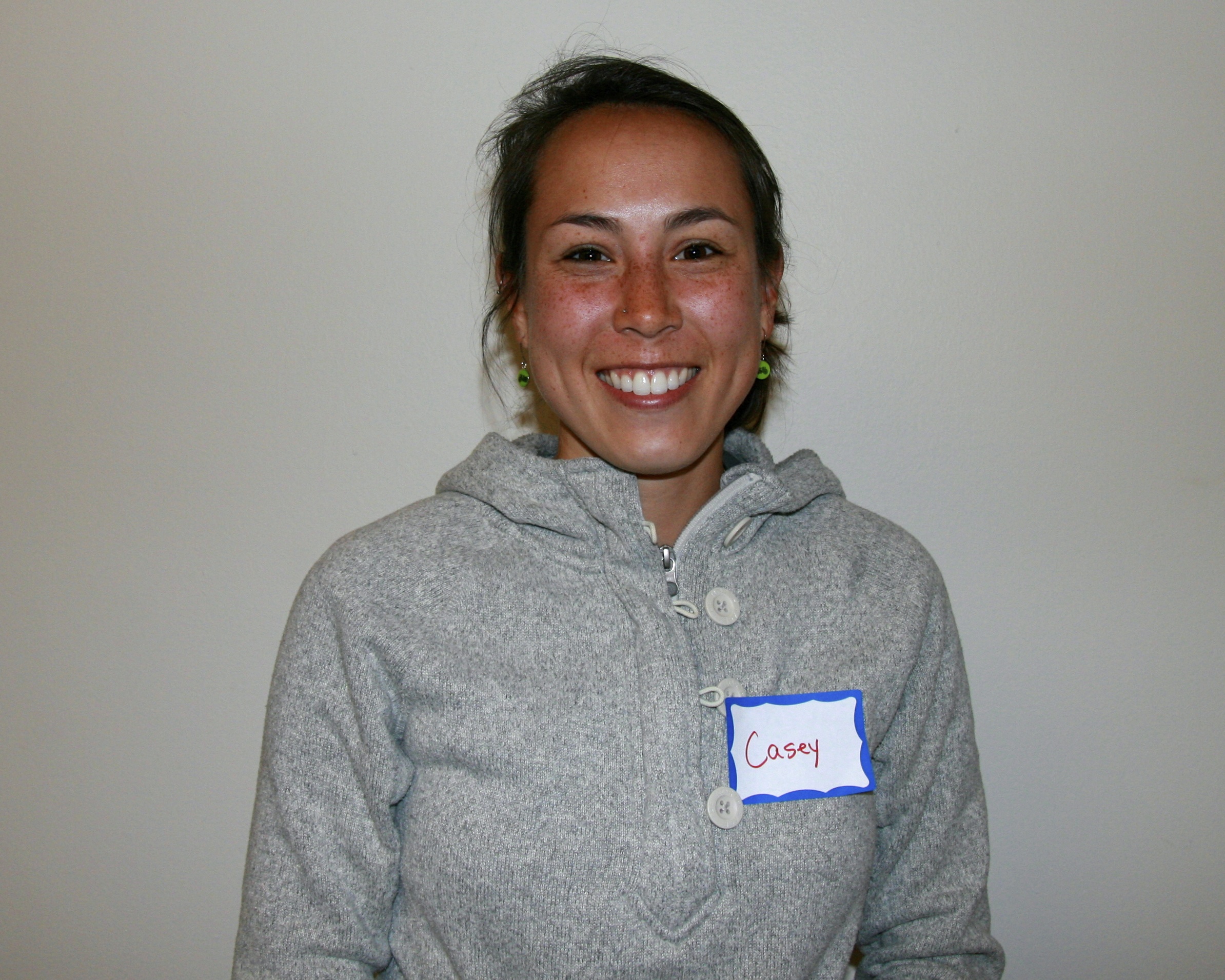 Casey is a transportation planner by profession with an emphasis on biking. She is also in her final year of a master’s in urban planning and management. On top of all that she co-leads the University District Greenways group, bikes around town and would like to bring a real change to Seattle in terms of safe, comfortable infrastructure that everyone can use.  Casey joined ALI to match her passion for creating change for bicycling in Seattle with knowledge, relationships, skills and the tools to actually do so. 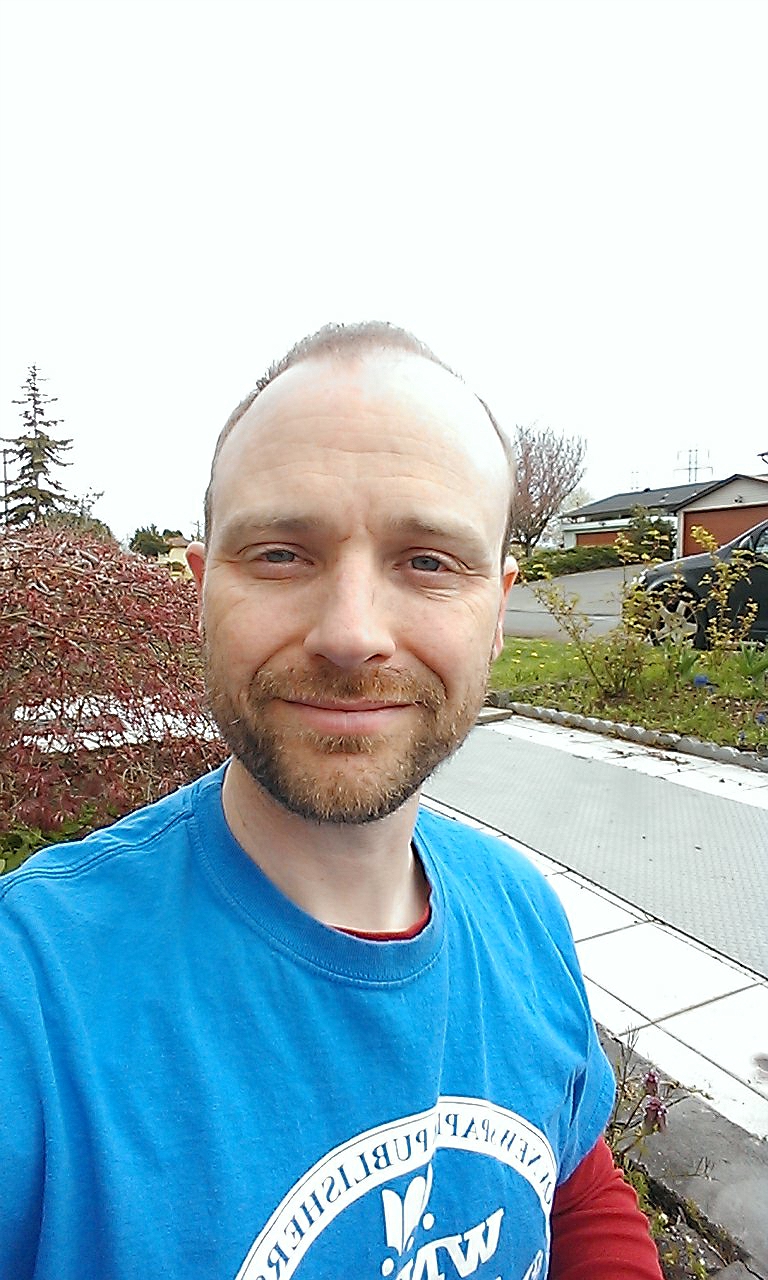 Up until recently Jason had eight chickens. There are also three Rock & Roll Hall of Fame stars that know who he is. Jason joined ALI so he could learn how to verbalize his passion. He’s looking forward to the information that'll be given and the speakers that'll be speaking. 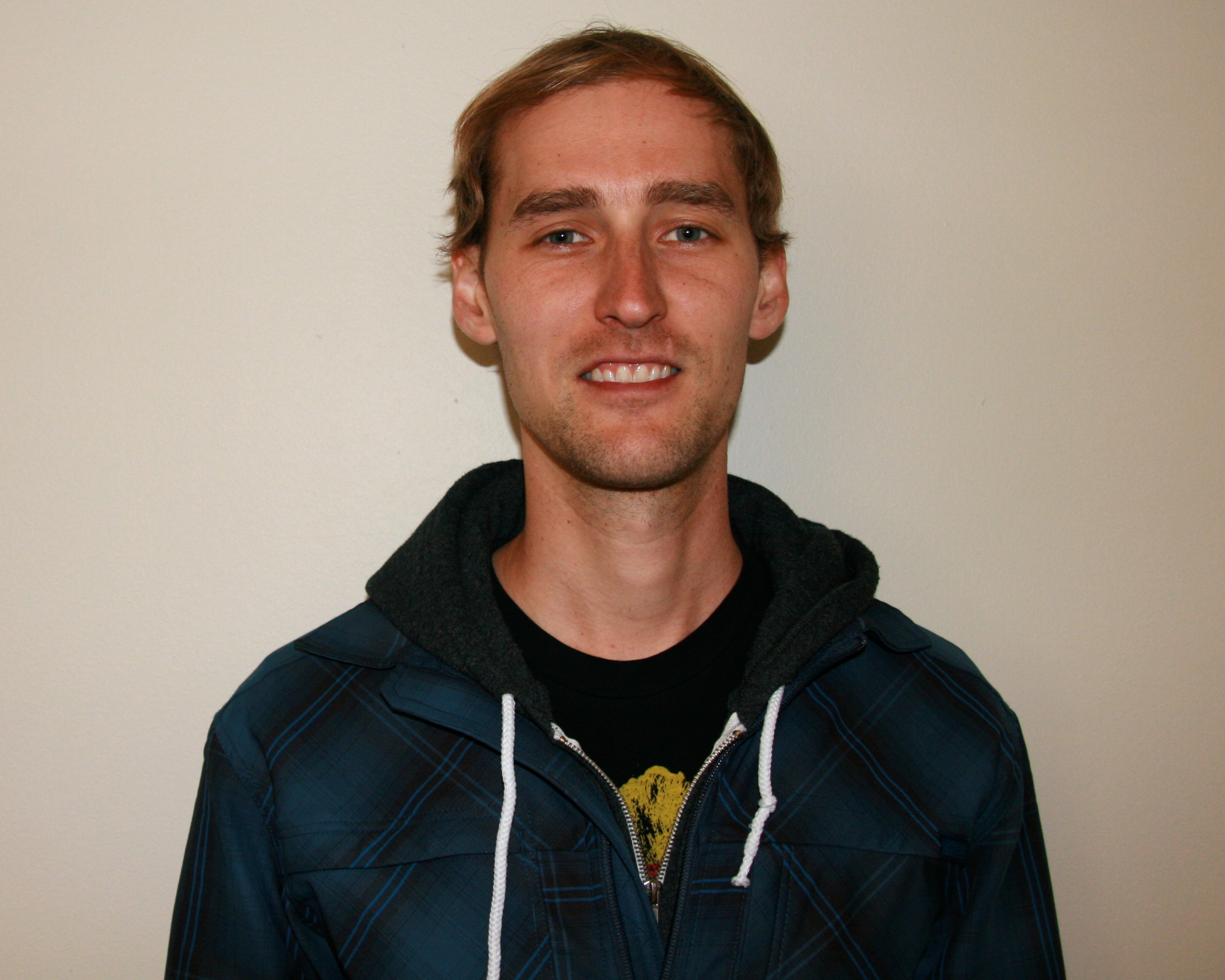 Steve comes to Seattle by way of Ohio and Colorado. Steve spent the last four years working on state and federal health care policy and legislation. It’s no surprise that Steve loves to brew beer! He also has a three-year-old Siberian husky named Neeko. Steve joined ALI to meet people in Seattle and get involved in bicycling advocacy. 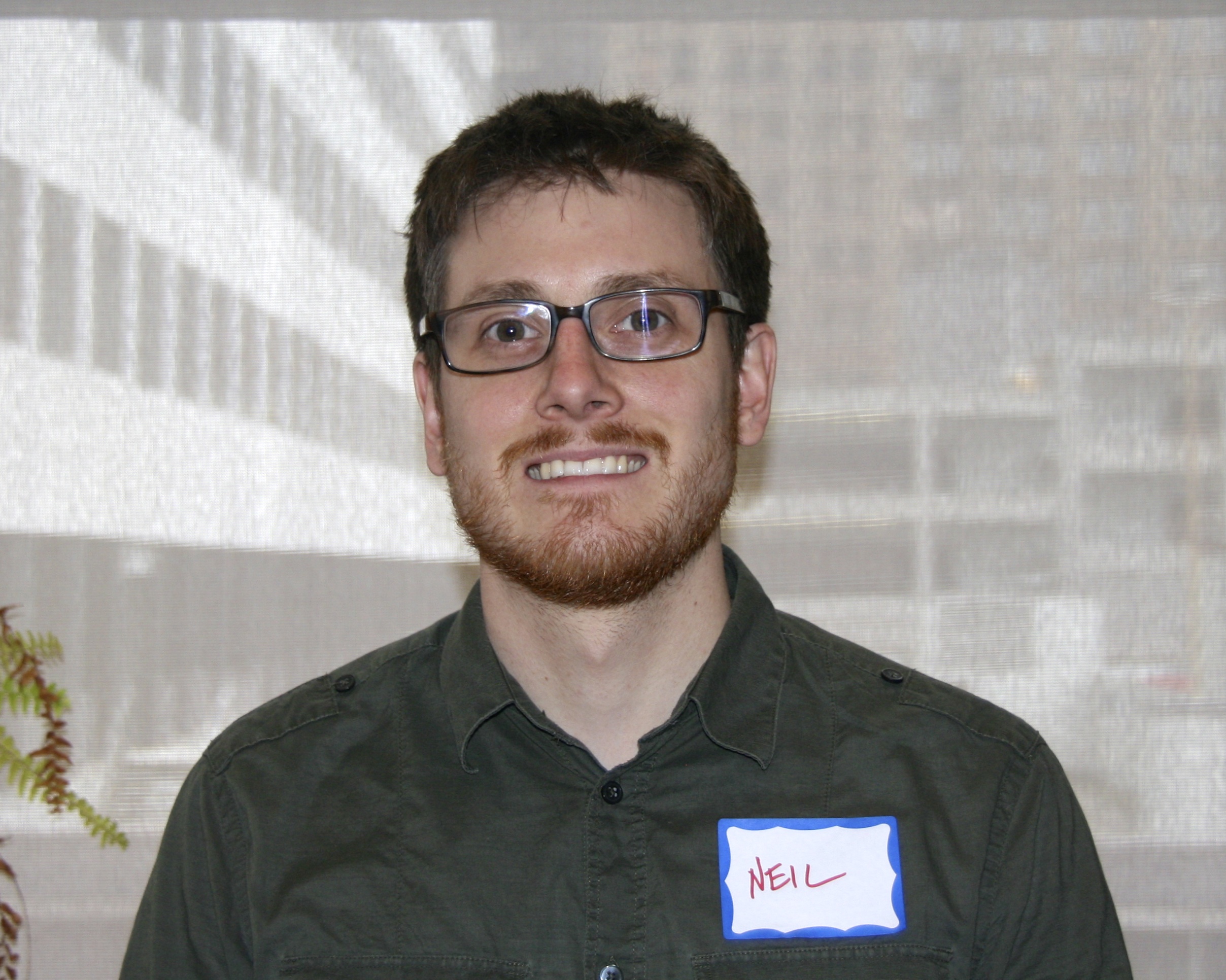 Neil works at Bike Works helping people obtain, ride and repair bikes. Neil joined ALI for networking opportunities and to learn how to make Seattle a better place to live and bike in. 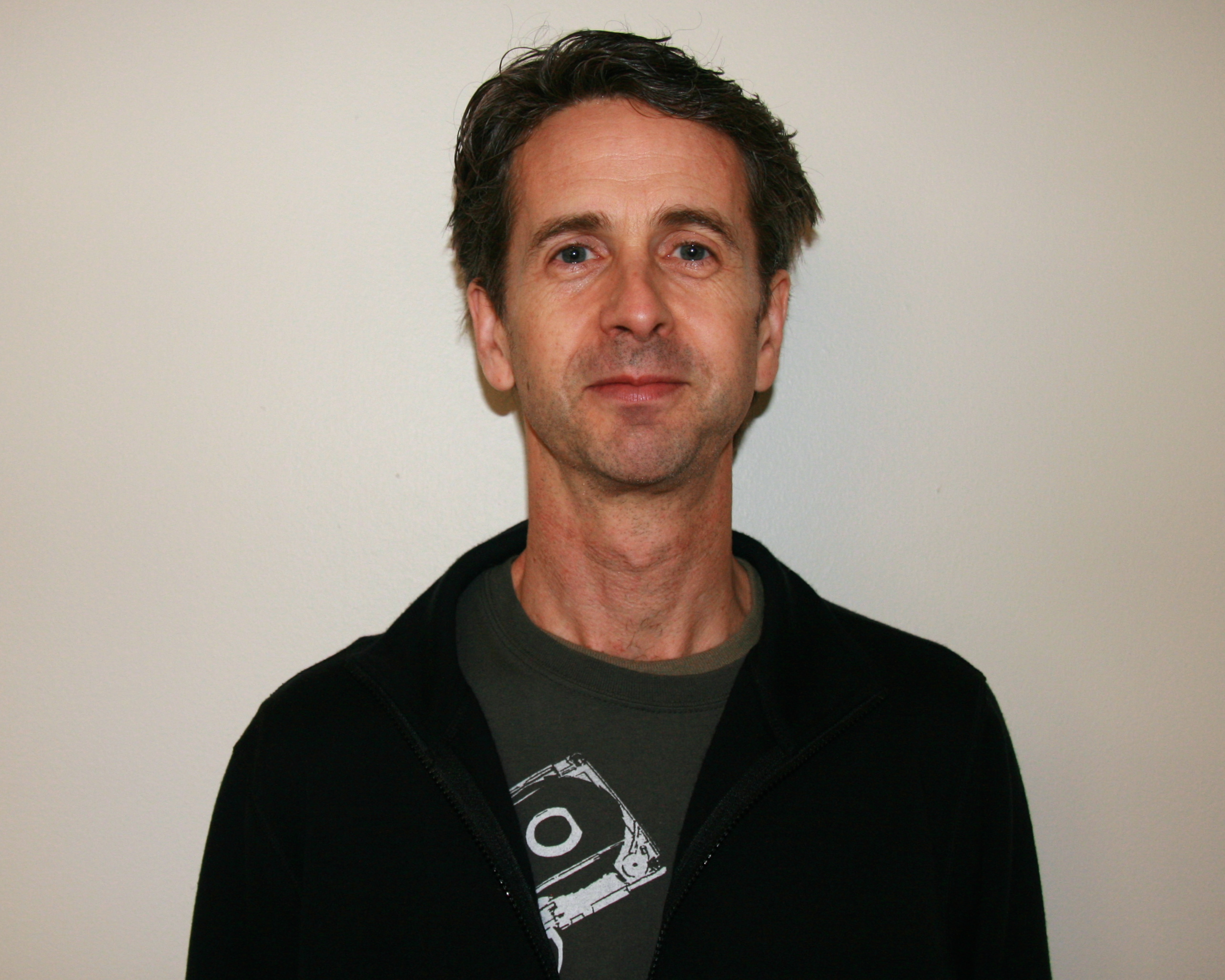 Evan travels around the Eastside--Redmond and Kirkland--by bike. His 20-year-old son is following his dad’s example and has no desire to have a driver’s license.

Evan joining ALI is a way to continue his advocacy efforts on the Eastside. 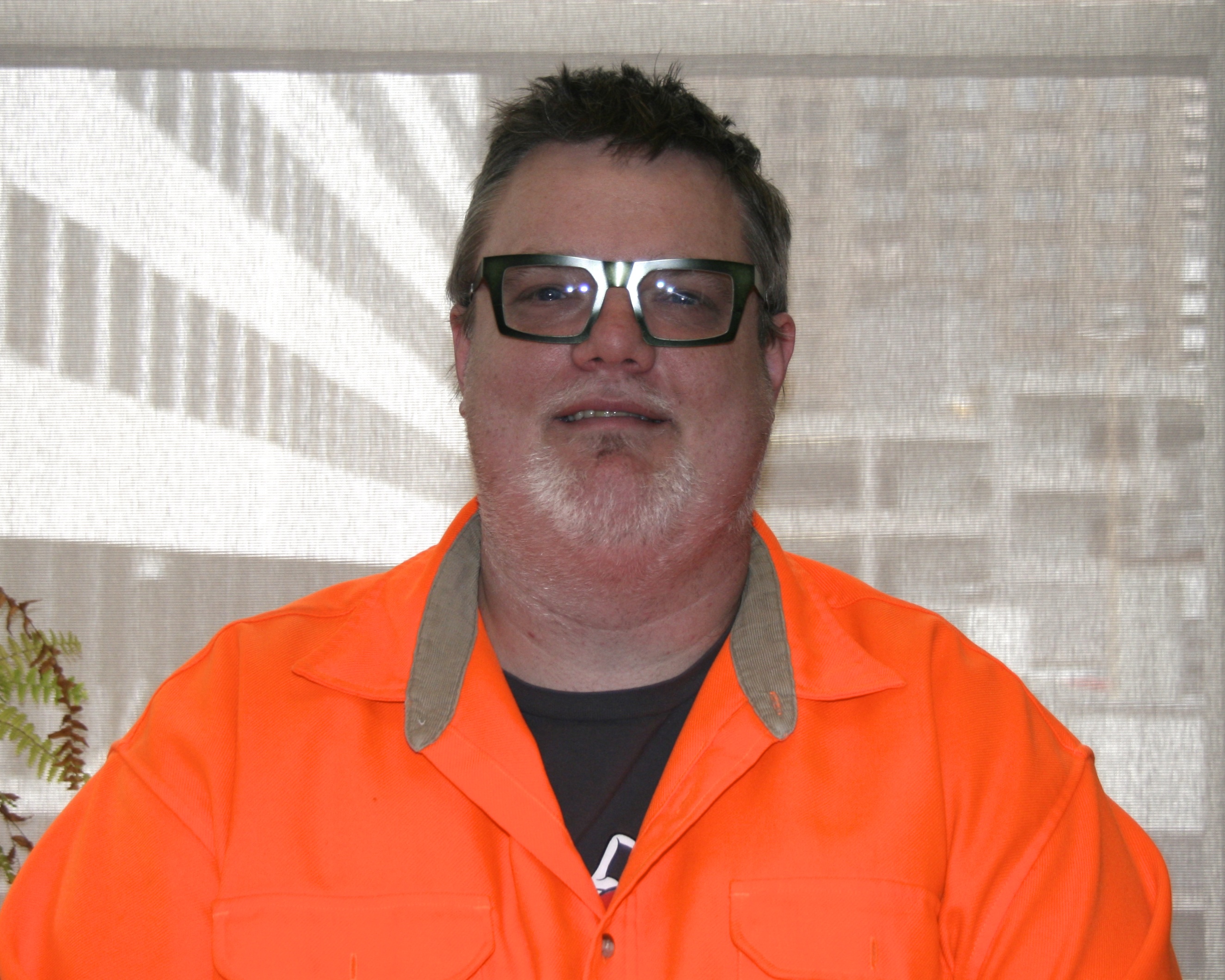 Tom is  a closet “vestiphobic” who gets around town via bike or the “shoelace express.” Tom loves that he can see things on a bicycle in a way that is completely different from any other while becoming an active participant in his surroundings. He joined ALI to help bring that idea back into the consciousness of those who have forgotten and teach those who have yet to experience it. 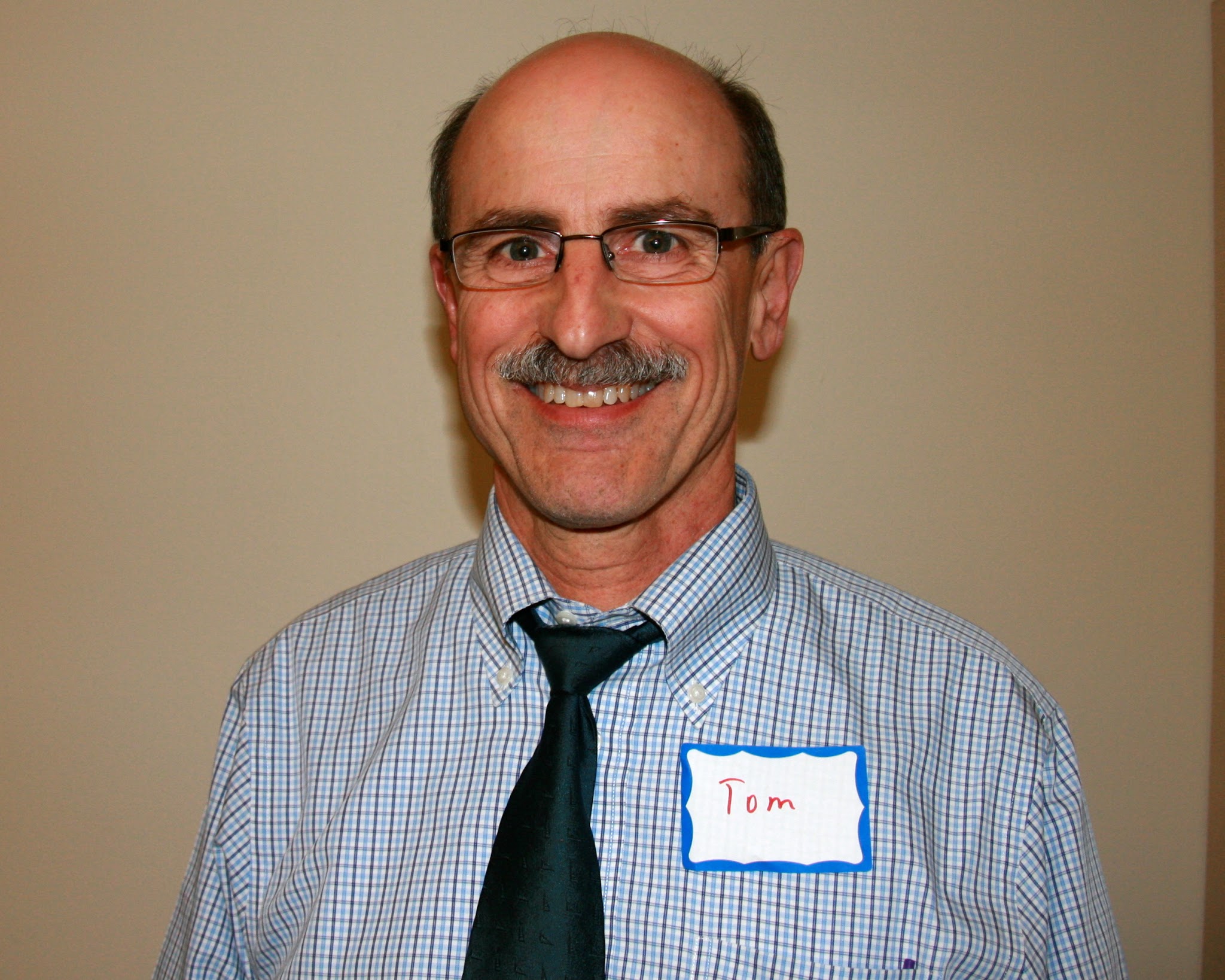 Tom is an internal medicine physician at UW and works on health IT for UW Medicine.  He strongly encourages exercise for patients, and most of them agree and do what they can to stay fit. In his travels within the United States and globally, Tom was impressed with how much progress other communities have made in bicycle infrastructure; his hope is that Seattle will leapfrog them and have many safe, fun, and beautiful options to appeal to people now doomed to driving. 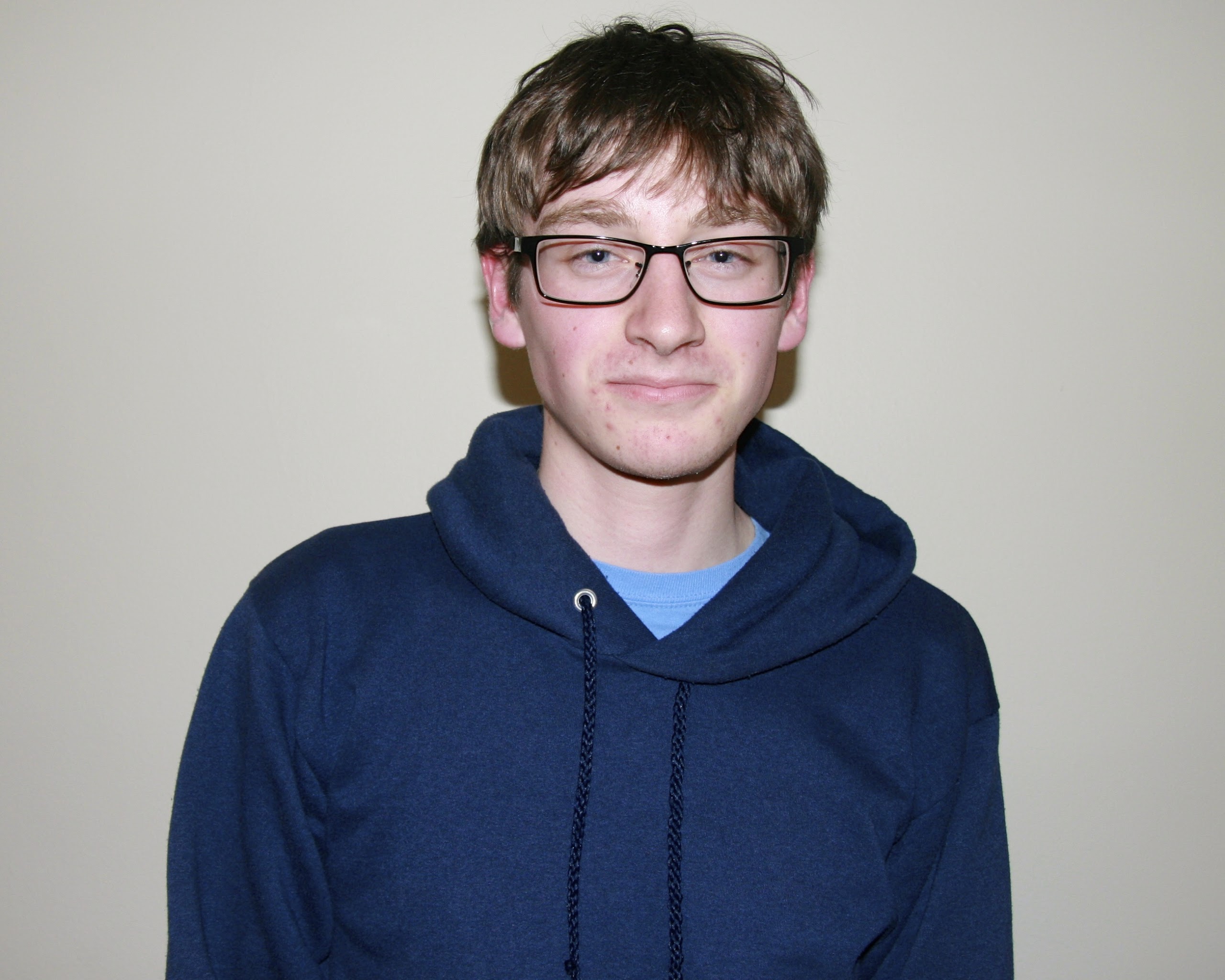 Owen is currently a high school student in Shoreline who typically gets around by bike--which might explain his affinity for bananas and milk--perfect recovery foods for working muscles. Owen is also a “goldfish whisperer” whose pet fish has lived a solid 13 years!
A transformational bicycle moment for Owen was his first bike ride into Seattle when he was still in middle school.  It was a gorgeous day and the feeling of independence he felt was  new and amazing. Through ALI, Owen wants to learn how he can make the changes that he would like to see in his community. 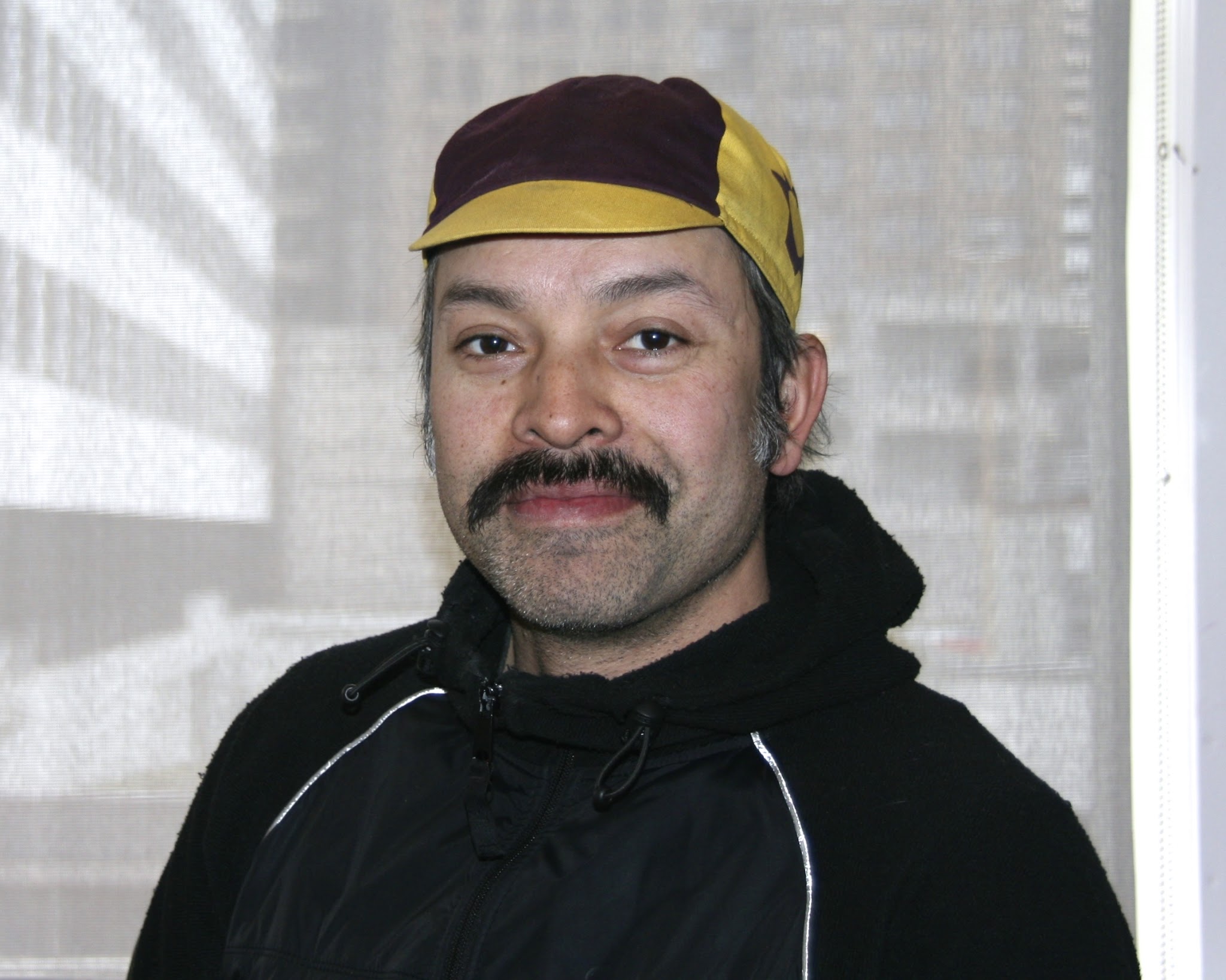 Ben brews Belgian inspired beer and was once the recipient of the Outstanding Service Learning Award from the then Governor of Minnesota, Jesse Ventura.

Ben typically travels by bike as walking is too slow and he doesn’t own a car. Ben joined ALI to expand his network of advocacy and improve/facilitate dialogue with small business/employees/agencies. 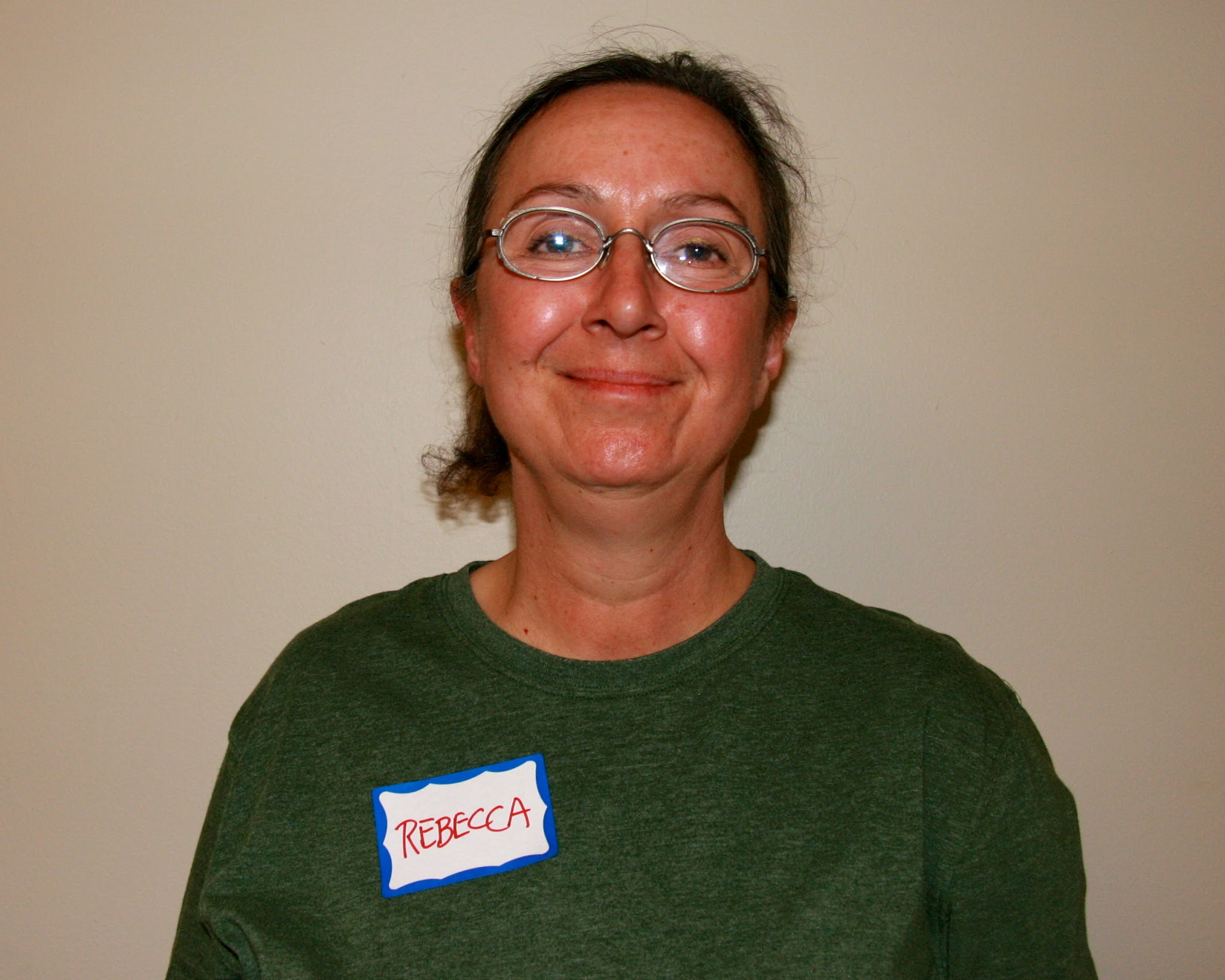 One thing to know about Rebecca is that if you happen to be walking up Fremont Avenue while she is laboring to pedal up that monster of a hill, she might ask you to walk more slowly so it will look like she’s moving faster than she is! She typically gets around town by bike, bus, driving or walking. Rebecca joined ALI to better articulate her ideas. 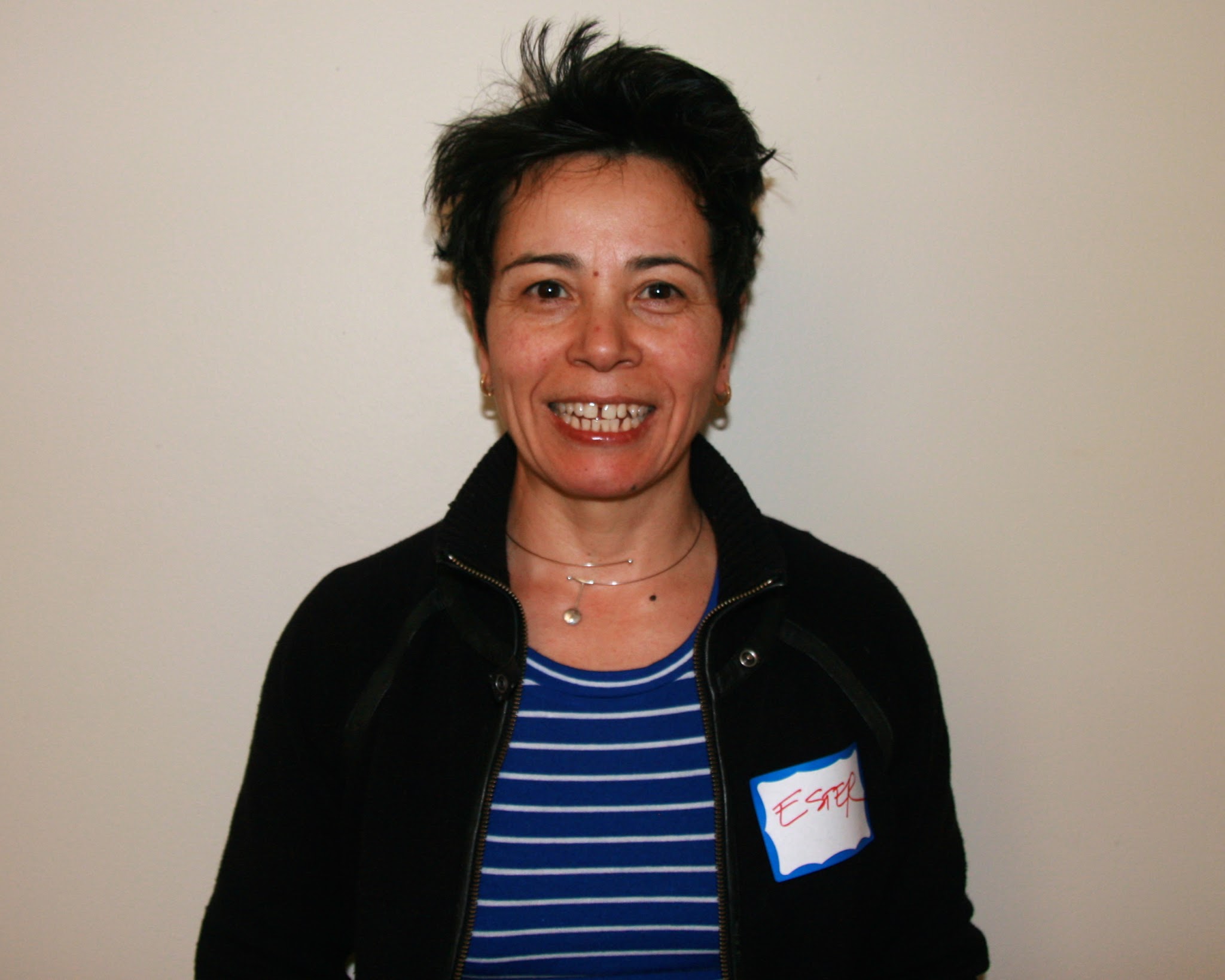 Ester loves to dance, go bike camping and climb hills!  She gets around town and up those hills by bike.
ALI will help her as a citizen as well as an SBAB board member. 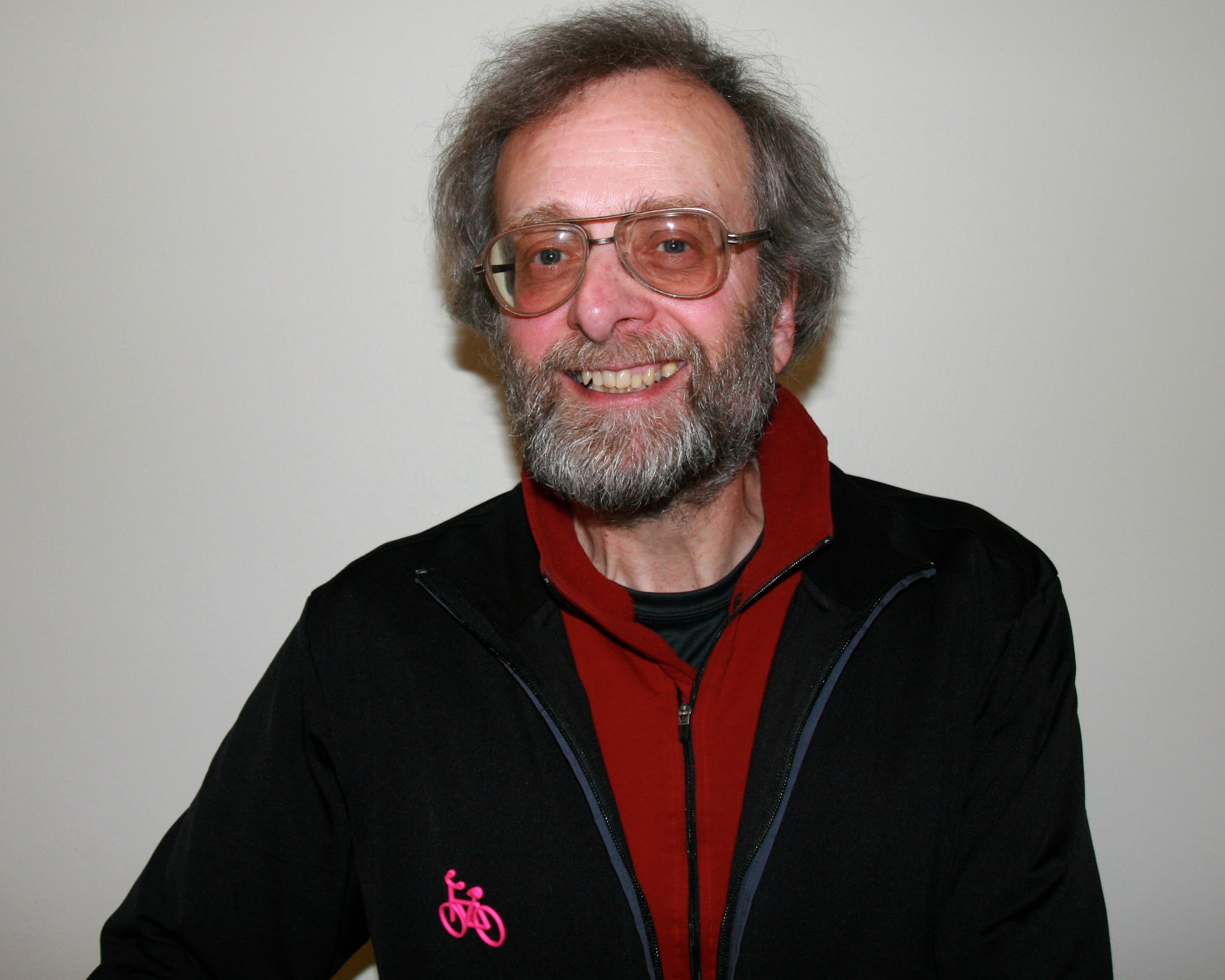 Max grew up in the Seattle area, and enjoys being outdoors in most every season. He rides a bike or does a bus-bike combo to get where he needs to go. Max joined ALI because he’s in for the long haul. He plans to put his new skills to use making Seattle as bicycle friendly as Groningen, Netherlands. 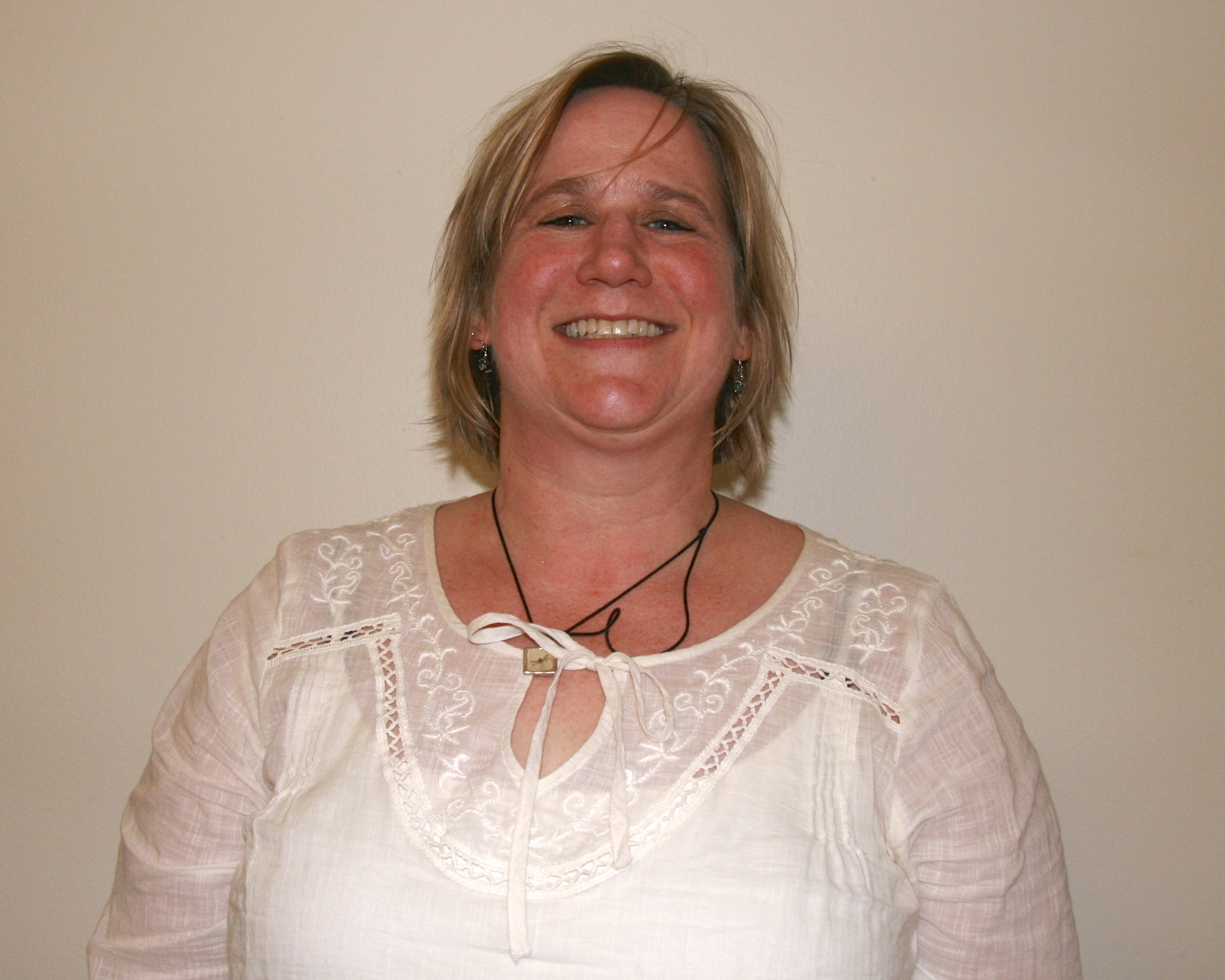 Andrea’ s advocacy experience goes back to high school where she worked on political campaigns and developed a love for grassroots politics. Andrea joined ALI to expand her knowledge of local and national bike policy issues, and use her leadership skills to work closely with associated organizations.  She is also interested in working on bike advocacy issues in Seattle and Olympia. 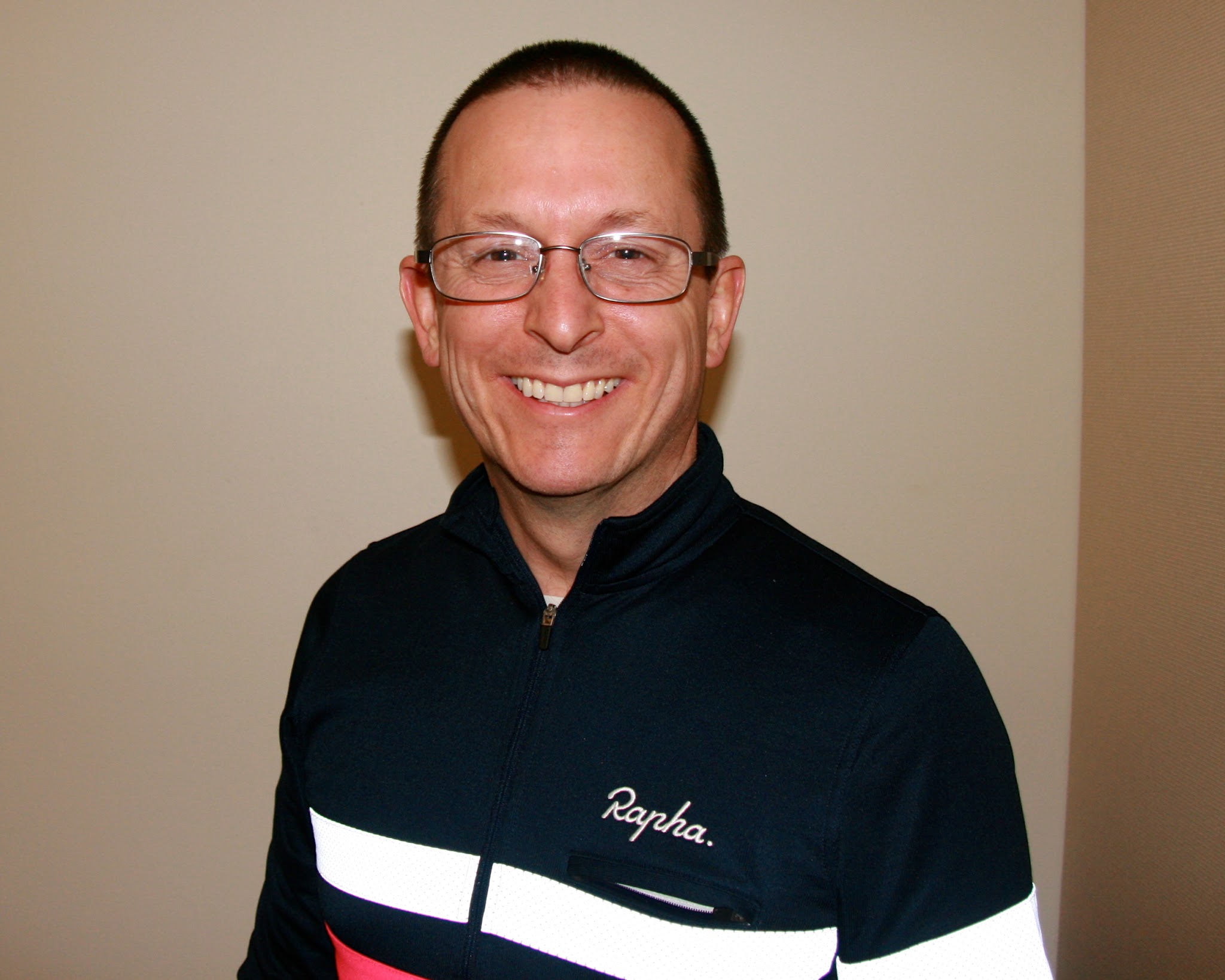 As an architect with NBBJ Architecture, Carl currently manages the Urban Design and Architecture aspects of Seattle City Light’s new Denny Substation.
He also writes a blog called TheCycleCafe.com to promote the “good life” of bicycling combined with espresso and a resource for cycle routes with destination espresso stops. 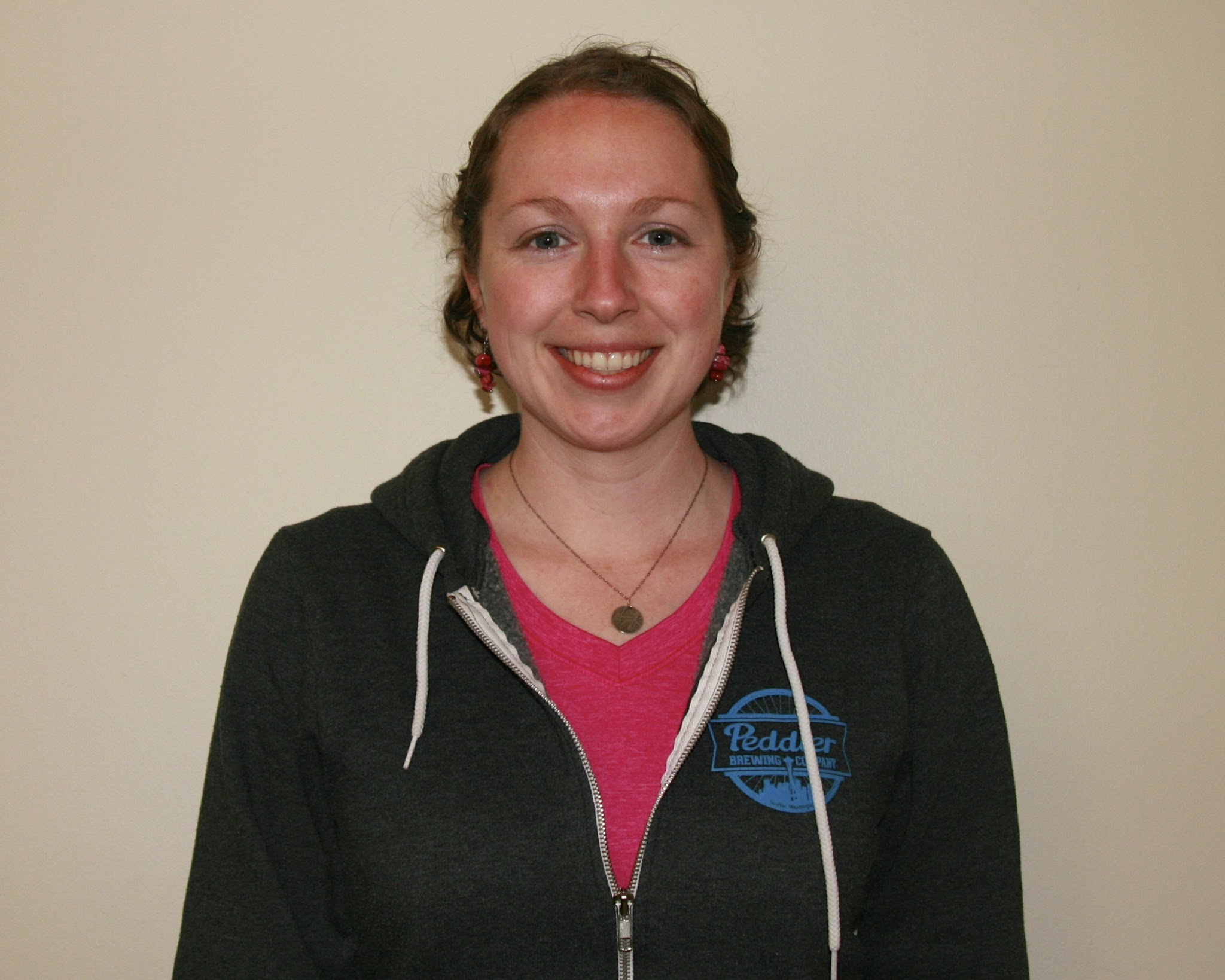 Haley is the co-owner of the Peddler Brewing Company and a former high school math teacher in Seattle.

Haley joined ALI in order to work toward a more bike-friendly and safe Seattle. You can often find Haley bicycling on her tandem on the Burke-Gilman Trail. 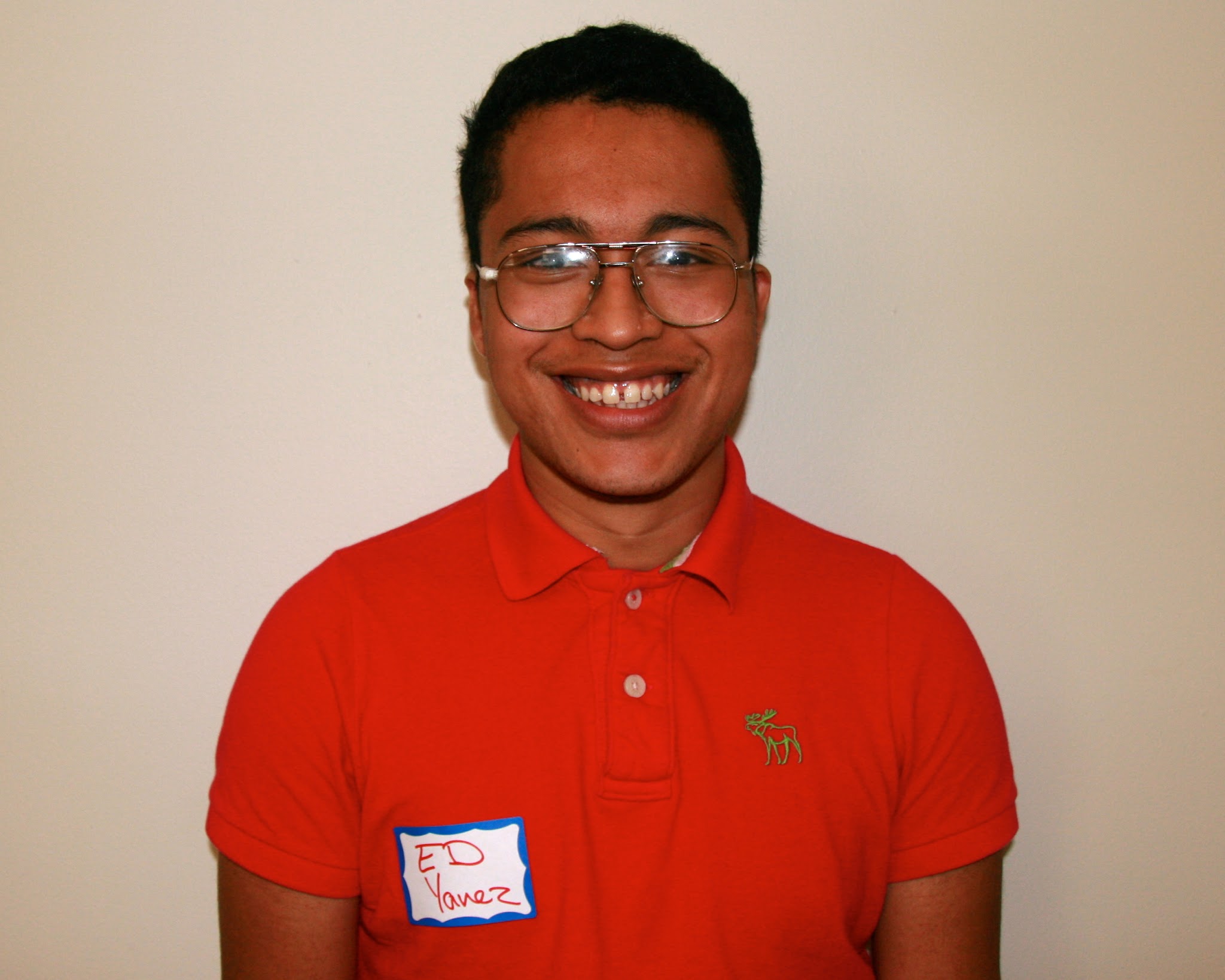 Ed is our first Major Taylor Project graduate to also graduate from ALI. During high school, Ed served as the manager of the King County Youth Advisory Council, getting youth involved in everything he could. Ed joined ALI to gain skills that will help him advocate for safe streets.

Howard Andersen
Thu. Apr 2, 2020 8:08am
I would also like to take part in this. It sounds great and interesting. Their dream of making Seattle a better city to live in is wonderful. It is unfortunate that, due to the large number of study assignments, it is unlikely that I will be able to do this. This will only be possible if I use the best thesis writing services. This is convenient because after reading the review on the site https://papersbattle.com/best-thesis-writing-services/ you can choose the best service. I think it’s wrong to postpone my goals for later, because I will do everything to do this