#BikePlanLove: What you missed last night

Last night, bicycling's most important moment in Seattle took place at City Hall.  The much-anticipated Seattle Bike Master Plan Update came before the City Council for a special hearing, and dozens of people came out in support of safe roads.

The new bike plan is a transformative document that will fundamentally reshape how the city plans and builds bike routes across the city to connect neighborhoods. In its community outreach, the Seattle Department of Transportation received tens of thousands of comments and responses with an overwhelming unified message: Seattle streets need to be safer for all users.

Whether you’re an 8-year-old kid or an 80-year-old grandparent, getting around Seattle on a bike should be safe, easy and comfortable. When fully implemented, Seattle’s ambitious new Bike Master Plan (BMP) will make that vision a reality. [read more]

The excitement leading up to the Special Hearing started at the Tuesday Seattle City Council Transportation Committee, where both BMP proponents and critics spoke loudly.

At the hearing last night, however, the support for the plan and a safer Seattle was overwhelming.  We heard from people of all ages and abilities, and from all over Seattle.  Safety is the reason why 70 percent of people don't ride more often. These people spoke up last night. 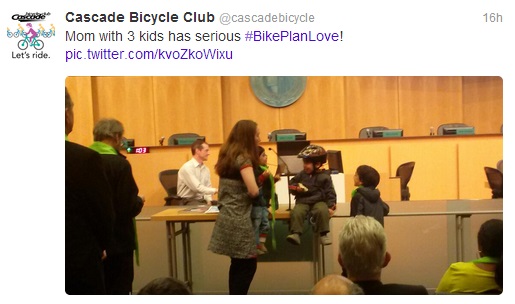 people who have crashed:

people whose lives are improved greatly by the ability to bike

people whose neighborhoods have been left behind: 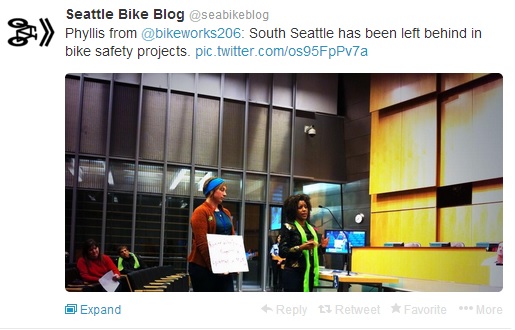 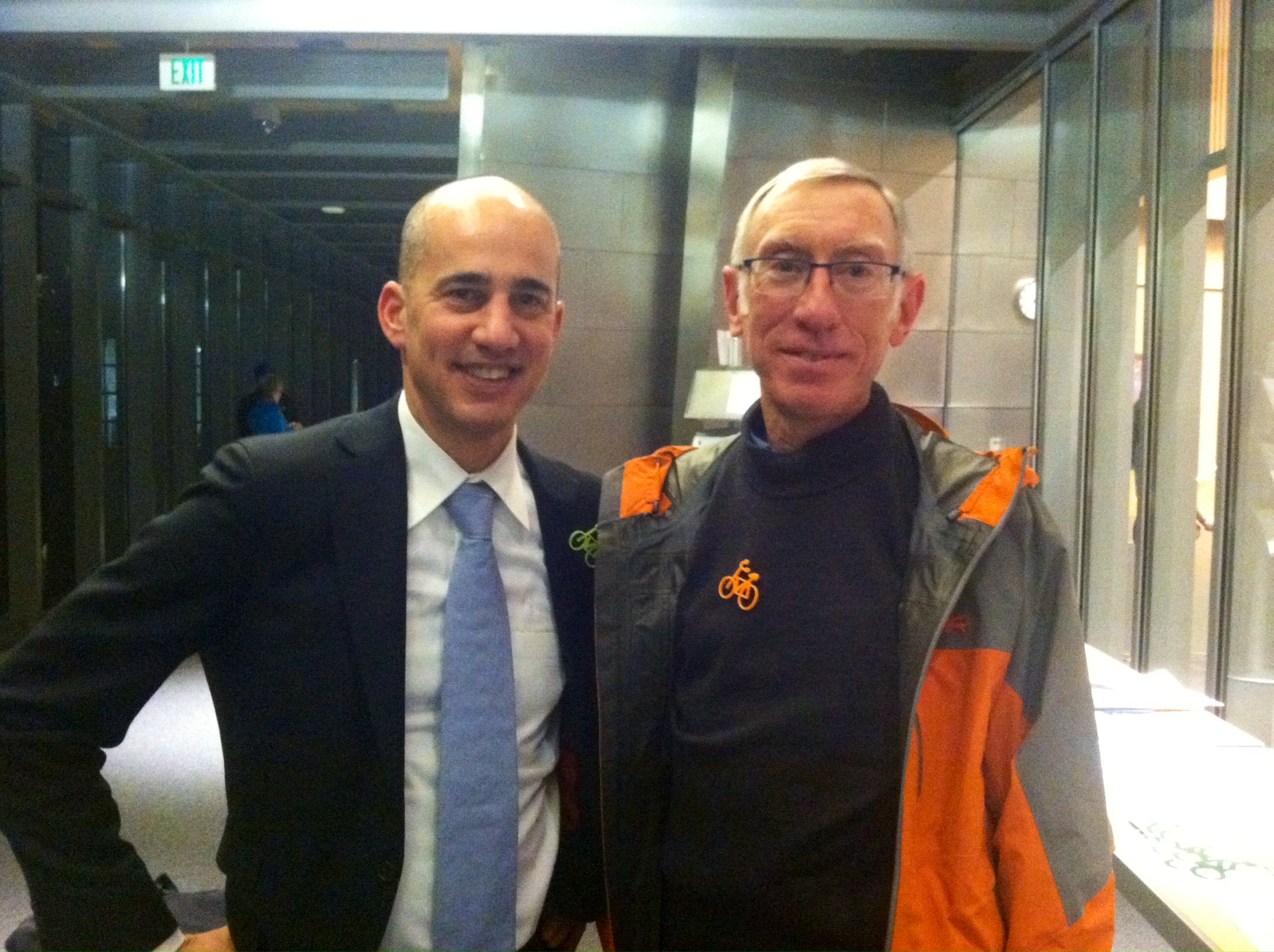 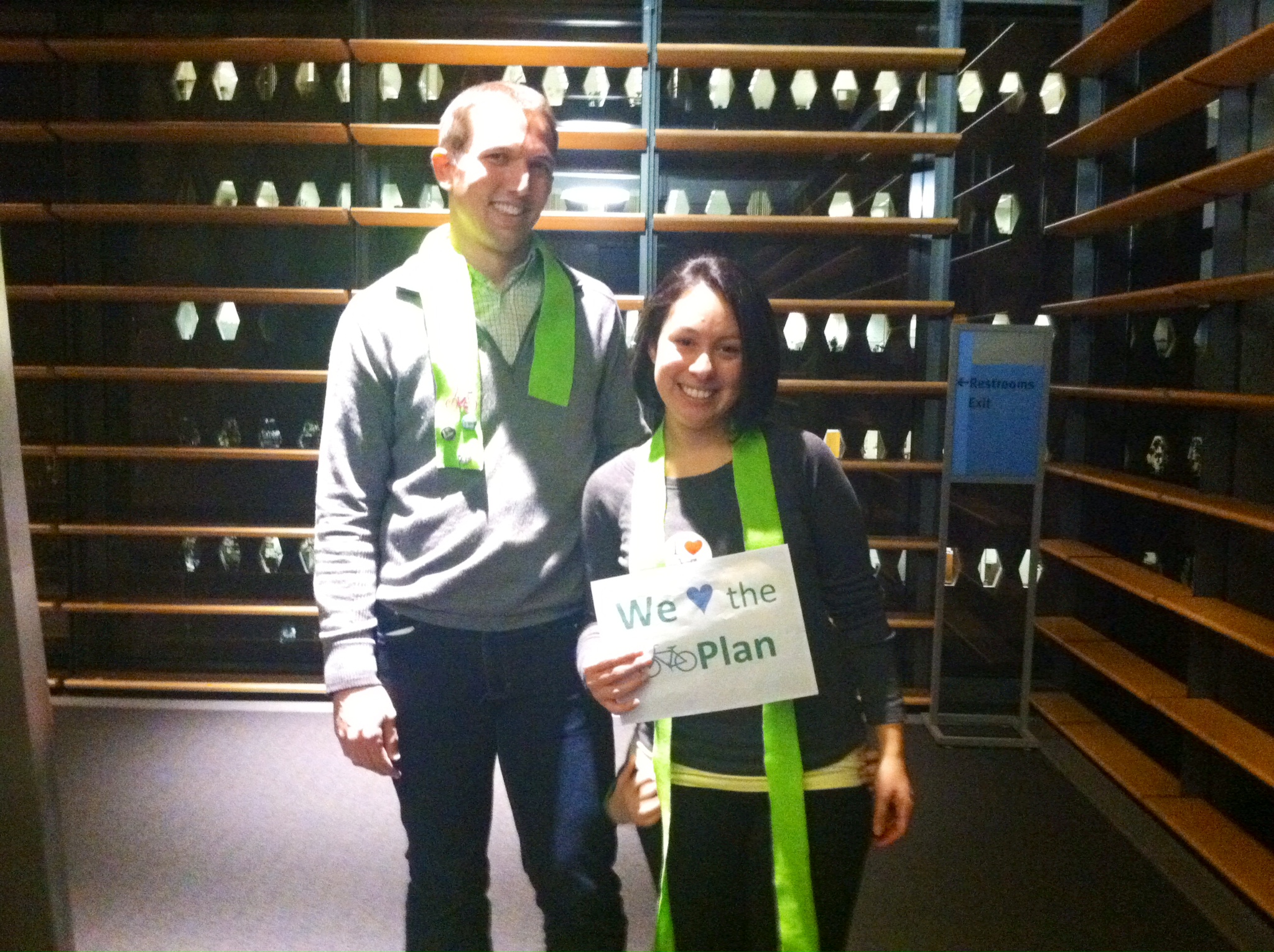 Seattle is one of America’s top cities where people ride bikes, having the fourth highest percentage of bike commuters, trailing only Portland, Minneapolis and Washington DC. Despite relatively high commuting rates, our bike facilities and safety investments have not been keeping up with demand or growing as fast as cities like Chicago (the Bears), San Francisco and Cleveland.
The 2013 Bicycle Master Plan, when implemented, will elevate Seattle's status as one of the nation’s safest and best cities to ride a bike. And the City Council recognizes that, stating: