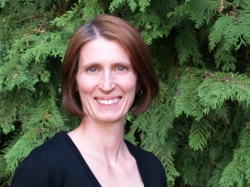 Wheels: Commuting triumverate: Salsa Casseroll, Salsa La Raza, and a Bianchi Axis rigged as a singlespeed. Mountain and cyclocross bikes also hold a special place in both heart and basement.

Commute: Dealer’s choice, either 9 flat or 7 hilly miles from Ballard.

Favorite ride: Any ride that includes pastry stops, and any ride where the wheels are touching dirt.

Robbie rode her bike all the time as a kid growing up in Spokane: trips to the swimming pool, dirt jumping in the park, and family rides around the neighborhood.

She rediscovered that sense of freedom and play more than a decade later when she moved to Seattle, and took to biking both on pavement and dirt.

Now, whether mountain biking, racing cyclocross, commuting to work or touring, Robbie is all about sharing the joy she feels on two wheels with others. Robbie brings a passion for collaboration and relationships to her work, and is excited about helping people feel more comfortable riding their bikes, and influencing policy and infrastructure that will make it easier for everyone.

When not riding, she can be found walking her dog, eating tacos or enjoying a pint of beer.

Commute:  10+ miles from Ballard Shannon hails from Michigan's Upper Peninsula where she learned how to ride her one-speed bike on loose, pointy gravel, leading to some spectacular wipeouts.

Before joining the Education department at Cascade, Shannon spent several years working at UW Study Abroad, where she managed student mobility to most of the developing world and led groups of UW students to Brazil and Ecuador and taught classes on cross-cultural understanding.

After buying her first bike as an adult just four years ago, Shannon quickly transformed into a year-round bike commuter.  Her family soon followed suit and they became a one-car household with the entire family involved in active transportation.

Shannon wanted to share her love of cycling with other families, so she became involved in fostering a vibrant bike culture at Loyal Heights Elementary and created an after-school Urban Cycling Club.  She was also involved in creating Ballard Bikes, a multi-school neighborhood collaboration designed to promote year-round active transportation to schools.

She is currently coaching her 7th season for Girls on the Run.

Shannon's superpowers include being able to re-fold maps and running fast in flip-flops, but the one that she is most proud of is her Stomach of Iron, developed from years of eating sketchy street food worldwide. She once took 4th place in a company picnic horseshoe tournament, a testament to her rural upbringing.

"I feel incredibly fortunate to have found a place in an organization that I admire, creating programs that promote childhood wellness, youth leadership development, environmental preservation, and community building," she said. 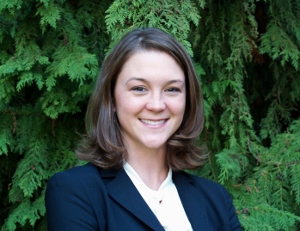 After scoring a road bike for $75 seven years ago, Taldi began a journey that has taken her from bike commuting to completing gran fondos and triathlons. It took a while, but once she realized that the bike-leg was her favorite part of triathlons, she began road racing and playing bike polo, too.

Prior to joining Cascade, Taldi worked at the National Audubon Society in Washington, D.C. as their assistant director of government relations.

Now that she lives in this Washington, she’s excited to trade binoculars for bikes, doing her part to build a better cycling community through advocacy on state-level transportation and land use planning.

Born in Alaska, and raised in Montana, she grew up rafting, hiking, and mountain biking the Rockies and is excited to return to the West. When she’s not riding, Taldi enjoys culinary exploits, wine making, live music, scuba diving, gardening, and traveling.