Yesterday Mayor Mike McGinn announced substantial new investments for road safety at Seattle-area schools: $14.8 million in revenue collected through the City’s school zone speed cameras will be re-invested in safety improvements at schools across Seattle over the next two years.

This will include improvements like new sidewalks, improved street crossings and traffic calming at more than 20 schools as well as expanded education and encouragement programs to increase safety for students.

“Keeping children safe as they travel to and from school, as well as throughout their neighborhood, is a top priority,” said McGinn in a statement. “This substantial new investment will help us make lasting improvements and encourage everyone to be safe on our roads.” 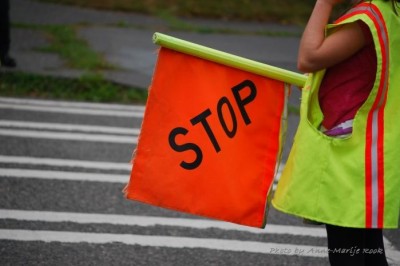 Cascade has been involved with the School Road Safety Initiative as well as with the City of Seattle School Traffic Safety Committee, helping to identify and make safety improvements around schools in the city. In addition, Cascade works with Feet First and SDOT on four federal Safe Routes to School grants given to the city by WSDOT, educating students in safe biking and walking to school at Dearborn Park, Hawthorne, Roxhill and Olympic Hills Elementary Schools.

“Safety improvements around schools make it possible for more children to bike and walk to school, as well as improving conditions for everyone in the neighborhood. More children will have the opportunity to develop healthy habits at a young age while enjoying the freedom and fun of bicycling,” said Julie Salathe, Education Director of the Cascade Bicycle Club.

The City estimates $14.8 million in revenue will be generated by these cameras by the end of 2014. To date in 2013, an estimated $2.9 million has been appropriated for road safety education, operations, and infrastructure. An additional $3.3 million is proposed as part of a 3rd Quarter supplemental budget request.

The Mayor will include $8.6 million for school safety investments, including capital infrastructure, operations and maintenance in his proposed 2014 budget. Safety improvements will be constructed in 2014 and 2015, while education efforts will be ongoing.

"How exciting! Money to support safer streets for the most vulnerable people in our communities -- our children! We are delighted and strongly support Seattle's new School Road Safety investments," said Cathy Tuttle, Executive Director of Seattle Neighborhood Greenways.

A School Road Safety Plan will be completed next year. This plan will guide future investments for infrastructure, review best practices for school road safety for engineering, education, encouragement, enforcement, and for evaluation. It will look at funding and implementation strategies for safe routes to school, develop safety education and encouragement curriculum, evaluate all existing school zones and walking routes, develop prioritization criteria for future improvements, and more.

This work is part of Road Safety Action Plan and the Be Super Safe campaign launched in 2012.