How to turn campaign signs into fenders and panniers; bicycles take over NYC post-Sandy; airless tires; and more 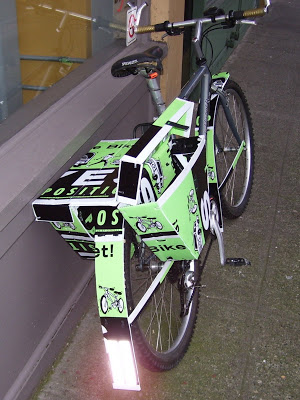 * Happy Election Day! Tomorrow, it will all be over so what to do with all those campaign signs? Turn them into coroplast bike fenders and panniers, of course!

* Our very own Ed Ewing did a Q&A with Sightline on cycling barriers and progress of the Major Taylor Program in low-income and diverse communities.

* The Seattle Times featured an Op-Ed by guest columnists Thomas Goldstein and John Healy about how to build a Seattle for bicyclists. Hint: get involved!

* Andy Jankowski, Social business researcher, adviser and founder of EnterpriseStrategies.com, recently penned an Op-Ed for Huffington Post on how almost getting hit by a truck while cycling turned him into a UPS brand advocate for life.

* Numerous reports show that riding bikes can save enormous amounts of energy and money, yet the United States remains resistant. In an article published by Slate, Austin Troy wonders if it’s possible for America to embrace bicycling the way Denmark has.

* A report by John Sullivan of the British Royal Air Force explains why motorists so often fail to see bicyclists.

* How would you like to never get a flat again? Colorado-based designer Brian Russell currently has a prototype tire that doesn’t have an innertube or air chamber at all. The airless tire eliminates the need for air, preventing punctures, tube replacement, and pressure checks. 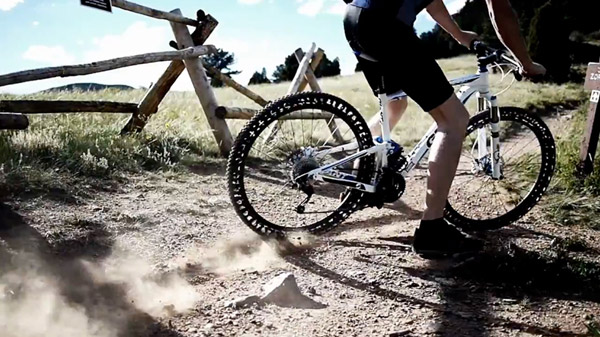 * Sandy was devastatingly destructive but there was one positive outcome immediately following the storm: people rode bikes. Here are a few stories about bikes playing a crucial role in the storm’s aftermath:

- Bike Portland’s Jonathan Maus was in New York and captured the transportation choices the first workday following Sandy. The observation: biking and walking ruled in a city sans subway. 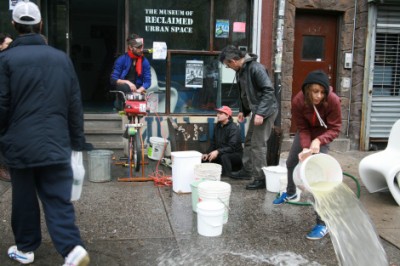 - As cell-phone and laptop batteries waned post-storm, a direct-action group called Time’s Up  provided bike-generated electronic charges and water pumps, to the surprise and delight of many locals.

- As life appeared to begin to return to normal in parts of New York following Sandy, the prospect of running out of gas—for delivery trucks, cabs, police cars, ambulances, and everyone else—threatened to make things abnormal again. The Wall Street Journal reported on one Gas Station owner’s simple solution to the many callers asking for gas: try bicycling.

- And lastly, a New York Times video about the post-storm bike commuters: