Toronto's anti-bike mayor gets the boot; Seattle councilmembers get an earful from bike/ped advocates; bicyclist-friendly apartment buildings; and more

* Pedestrian and bike advocates speak up for the redesign of Seattle SR 520 bridge. Hundreds write letters to council in support of bike/ped infrastructure and council received “an earful” from community members.

* MyNorthwest.com takes a look at the new Via6 apartment complex currently in development in Seattle’s Belltown. Similar to the Denver building we features in last week’s round up,  the apartment complex will have a ground-level a bike shop and bicycle commuter club. Titled ViaBike, the club aims cater to downtown Seattle bicycle commuters who desire a place to park their bikes during the day and a place to shower. 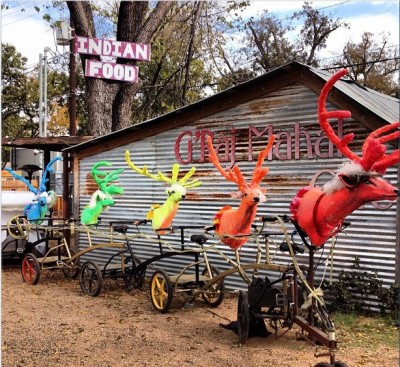 * As San Diego bike advocates, and the College Area Community Council are advocating for a cycle tracks. KPBS Radio News takes a look at cycle tracks, examining whether they are better way to ride. Conclusion: At this point, it’s a matter of finding the money and the political will to create them. Cycle tracks are fairly uncontroversial in the cycling community, though some bike riders say they still want access to the primary road the cars drive on.

* Looks like Rudolph, Dasher, Dancer, Prancer and the rest of the reindeer gang is being replaced. Peopleforbikes.org spotted Santa’s trike tandem reindeer fleet in Austin.

* The Mayor of Toronto, Rob Ford, was removed from office. Many bike advocates are happy with this news as Ford was known for his anti-bike stance and removing some of the city’s bike lanes.

What do the Dutch think of bicycle infrastructure in London? Watch here:

* Elly Blue’s new book, Everyday Bicycling, is already receiving great reviews from Atlantic Cities and Seattle-based DetoursUS , among others. Containing all the knowledge required to get started riding a bicycle for everyday transportation, Elly Blue introduces readers to the basics, including shopping for a bike, honing street smarts, dressing properly for conditions, carrying everything from groceries to children to furniture, and riding in all weather. 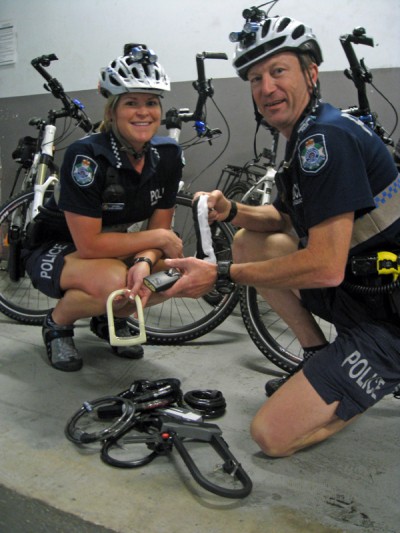 * Not sure what bikes lock to get? Thinking like thieves, Ride On has tested a wide range of bike locks to breaking point using techniques that were quick, simple and least likely to draw attention to ourselves. If a lock showed resistance, they increased the severity of the tools and techniques used. Based on their finding, they've populated a list of recommended bike locks.

* According to Hush Magazine, the outrage surrounding the act of cycling on the sidewalk has reached a fever pitch in Vancouver, but Chris Bruntlet argues that what these people fail to recognize is that sidewalk cycling is a symptom of a much larger problem: the failure of our city officials and Traffic Engineers to provide safe and convenient bicycle routes to where people actually want to go.

* There is a new (useless but hilarious) bike gadget on the market that will make your bike sound like a galloping horse. The device, called Trotify, sits on your front wheel and uses coconuts (Monty Python-style) to make galloping noises.